Despite a bunch of EVs and SUVs being unveiled and launched at the Auto Expo – The Motor Show 2023, several big car manufacturers stayed away from the event this year. Hardly surprising then, that the usual buzz and fanfare that the event has, over the years, come to be associated with, was missing. Here’s a rundown on what piqued our interest…

India’s popular auto extravaganza, Auto Expo – The Motor Show 2023, returned after a hiatus of three years and despite a few shiny new products on display, it seemed to have lost much of its sheen. The three German luxury car manufacturers, Mercedes-Benz, BMW, and Audi, were conspicuous by their absence; more so because in the past, the three have almost always had fairly large display arenas for showcasing their magnificent cars. Ditto for Jaguar Land Rover and Volvo. Not to mention, the celebs, who have helped draw in larger crowds. This time around, with heavyweights such as Mahindra, Honda, Renault, Skoda, Jeep and Nissan also skipping the auto event, and with only one celeb, a permanent fixture at the auto event, a car name from the “market leader” that left people fronxed flummoxed, an SUV that arrived toooo late, and a much-awaited EV that finally made an entry but only as a “Concept” even in 2023, here's a look at what in fact, made Auto Expo 2023 worthwhile for us: 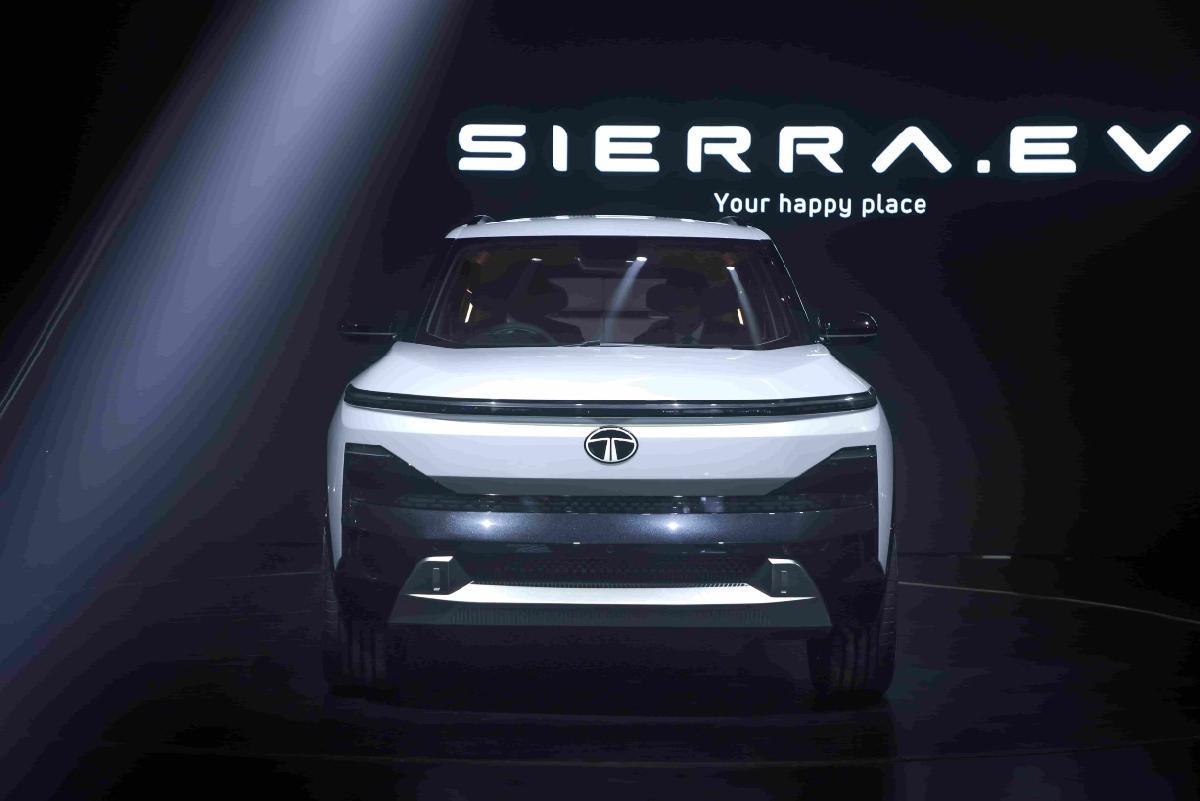 This year, Tata Motors brought back the iconic Sierra in near production-ready EV form at this year’s biennial event. We learnt that the Tata Sierra electric SUV which will go on sale in 2025 as a 5-door SUV will be positioned above the Safari. The best part? The Tata Sierra from Tata Motors will also get an ICE version. Though details about the driving range, charging time and battery pack are sketchy at the moment, we expect it to be equipped with the company’s Ziptron EV architecture. On the other hand, the ICE version could share mechanicals with the Harrier and Safari. Tata Sierra EV is expected to cost around INR 30-35 lakh (ex-showroom). 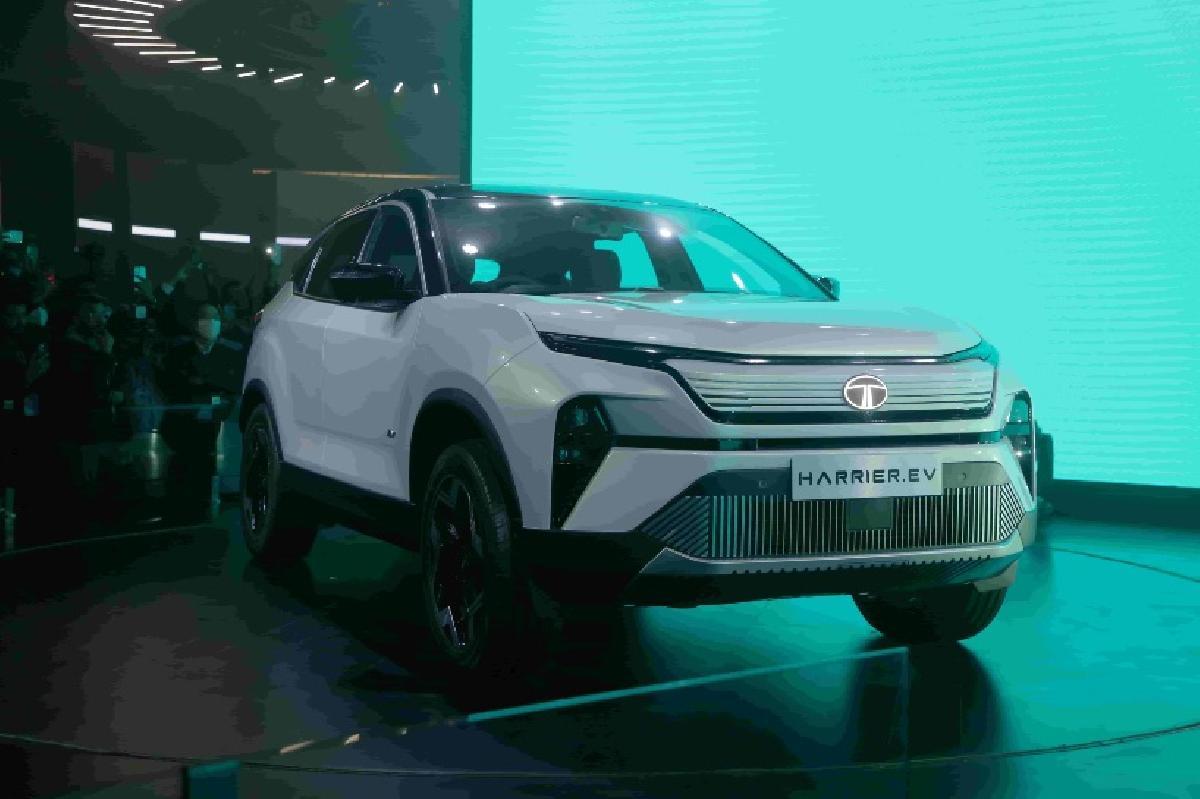 The Tata Harrier will get an EV drivetrain and fans are loving it! Tata Motors, as part of its strategy to expand the EV line-up in India, also showcased the electric Harrier SUV at the Auto Expo 2023. Slated to be launched in 2024, it was showcased in a pre-production guise. Tata Harrier EV combines the Land Rover sourced OMEGA platform of the ICE version which has been heavily re-engineered and Tata’s Gen 2 EV architecture. Without disclosing the exact powertrain details, Tata Motors said that the Harrier electric SUV will come with a dual-motor AWD set-up. The SUV may get a battery pack of around 60kWh with a driving range between 400-500 km on a single charge. The company also annoumced that the Harrier EV will feature vehicle-to-load (V2L) and vehicle-to-vehicle (V2V) charging capabilities. In terms of pricing, expect it to be around INR 25 lakh (ex-showroom). 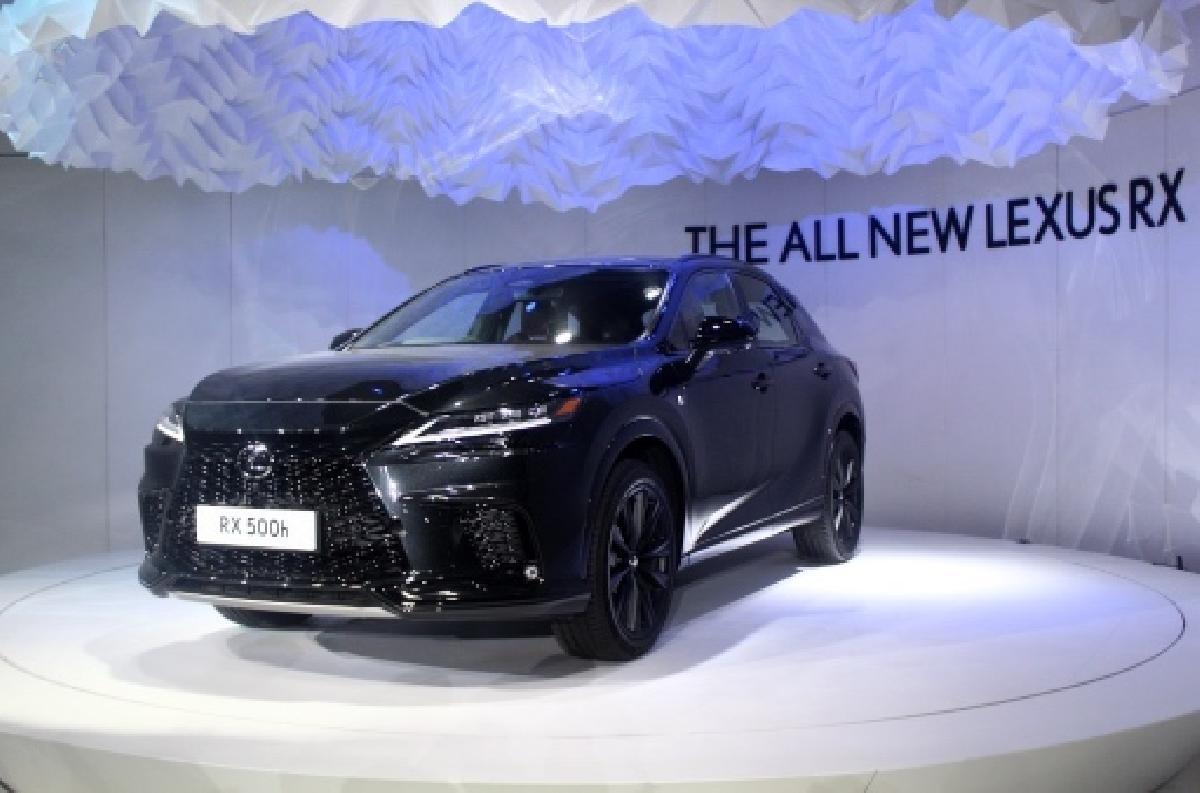 Lexus, the only semi-luxury brand at the Auto Expo 2023, unveiled the next-gen RX SUV which will go on sale from March this year. To be available in two variants – RX 350h Luxury and RX 500h F Sport Performance, it will be offered in a two-row and 5-seater configuration. The Lexus RX 350h gets a 2.5L turbo petrol engine which develops top power of 247 bhp. It is linked to a CVT gearbox and available with both front-wheel-drive and all-wheel-drive setup. On the other hand, Lexus RX 500h F Sport Performance gets the 2.4L turbocharged petrol engine, albeit with a higher power output of 361 bhp. It gets a 6-speed automatic transmission and an AWD system as standard. Expect Lexus to price it around INR 1 crore (ex-showroom), if not more. 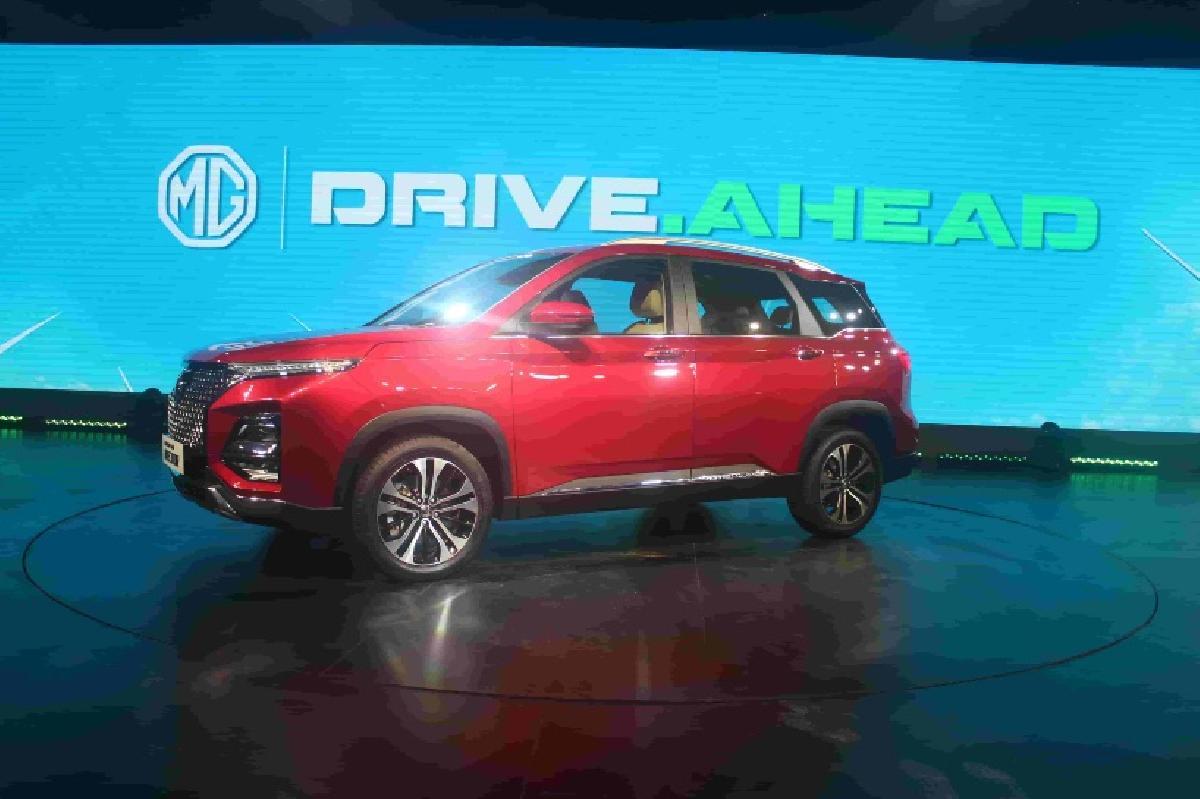 MG Motor India launched the Hector facelift at the Auto Expo in 5, 6 and 7-seater configurations. While the 2023 MG Hector is priced between INR 14.73-21.73 lakh (ex-showroom), the 2023 MG Hector Plus will be available between a price range of INR 20.14-22.42 lakh for the 6-seater variants and INR 17.49-22.42 lakh for the 7-seater variants (Both the prices are ex-showroom). The two prominent updates that the new SUV gets are an Argyle-inspired diamond mesh front grille and a “best-in-segment” 14-inch HD Portrait touchscreen infotainment system. The engine choices include the same 1.5L petrol unit and 2.0L diesel mill. The power output and torque delivery for both the engines also remain the same as the pre-facelift model. However, MG has discontinued the 48V mild-hybrid system and 7-speed DCT automatic gearbox that were earlier available with the petrol motor. 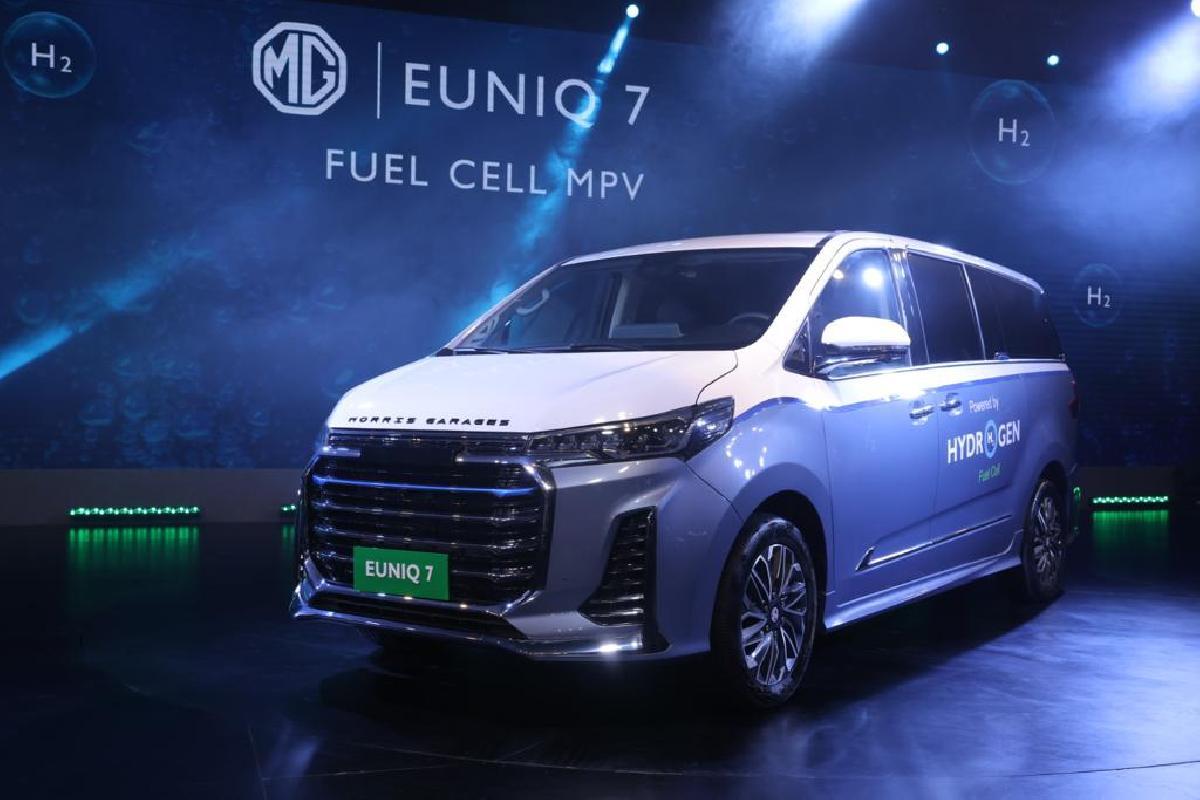 MG Motor India showcased its entire range of global EVs and FCEVs at the Auto Expo 2023. However, it was the Euniq 7 fuel-cell MPV that created quite a buzz with even Nitin Gadkari, Minister for Road Transport and Highways, Government of India, paying a visit to the MG Pavilion for a glimpse of the FCEV. However, the company has no plans of launching the MPV in India and merely showcased to gauge public interest. MG Euniq 7 which is powered by a 6.4kg hydrogen cylinder returns a driving range of 605 km and can be refueled within minutes. Furthermore, it has a maximum power of 198 bhp and on account of being an FCEV, emits only water. 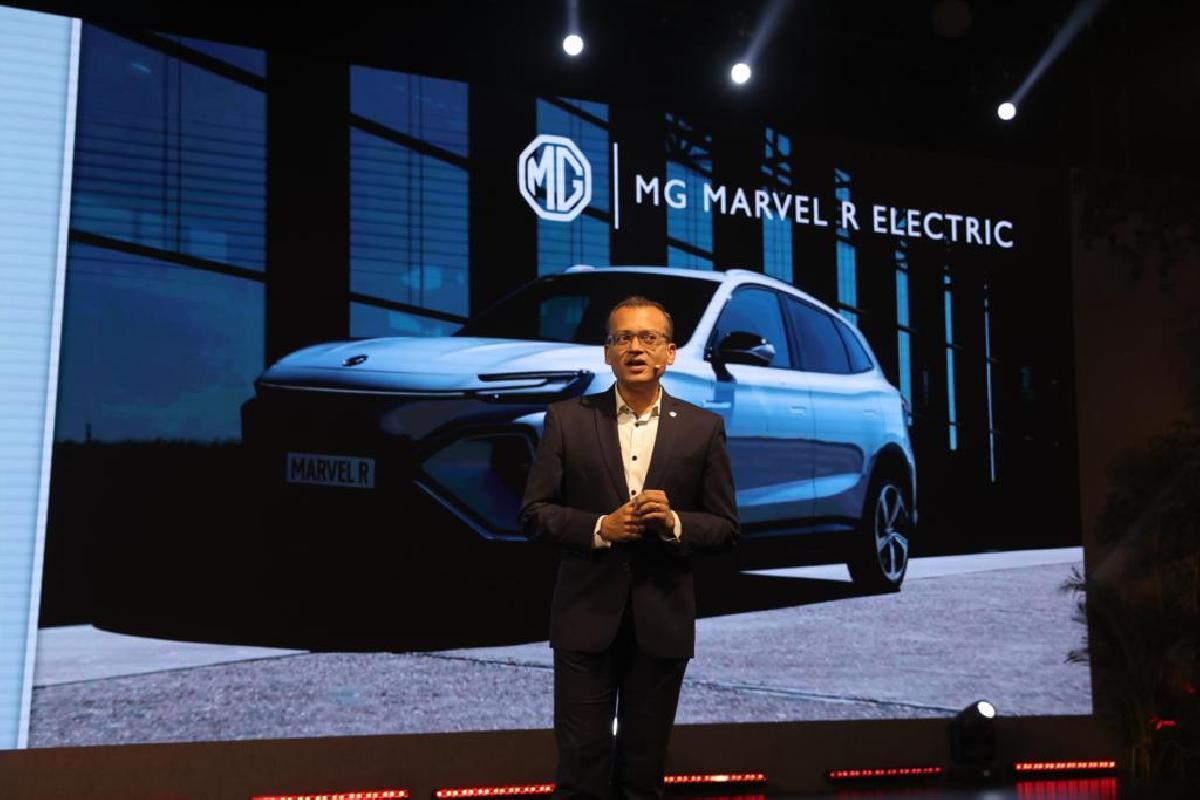 Yet another EV that MG Motor India showcased was MG Marvel R. Offered in a new tri-motor AWD configuration, it has a massive power output of 284 bhp and peak torque performance of 665 Nm. Needless to say, it is one of the quickest electric SUVs around with a 0-100 kmph in 4.9 seconds. The Marvel R boasts a WLTP certified driving range of 402 km on a single charge. MG Motor India however, is not in a hurry to launch its global EV range in India and is taking its time while demonstrating future possibilities and gauging customer interest at the Auto Expo 2023. Only time can tell if the Marvel R will make it to Indian shores. 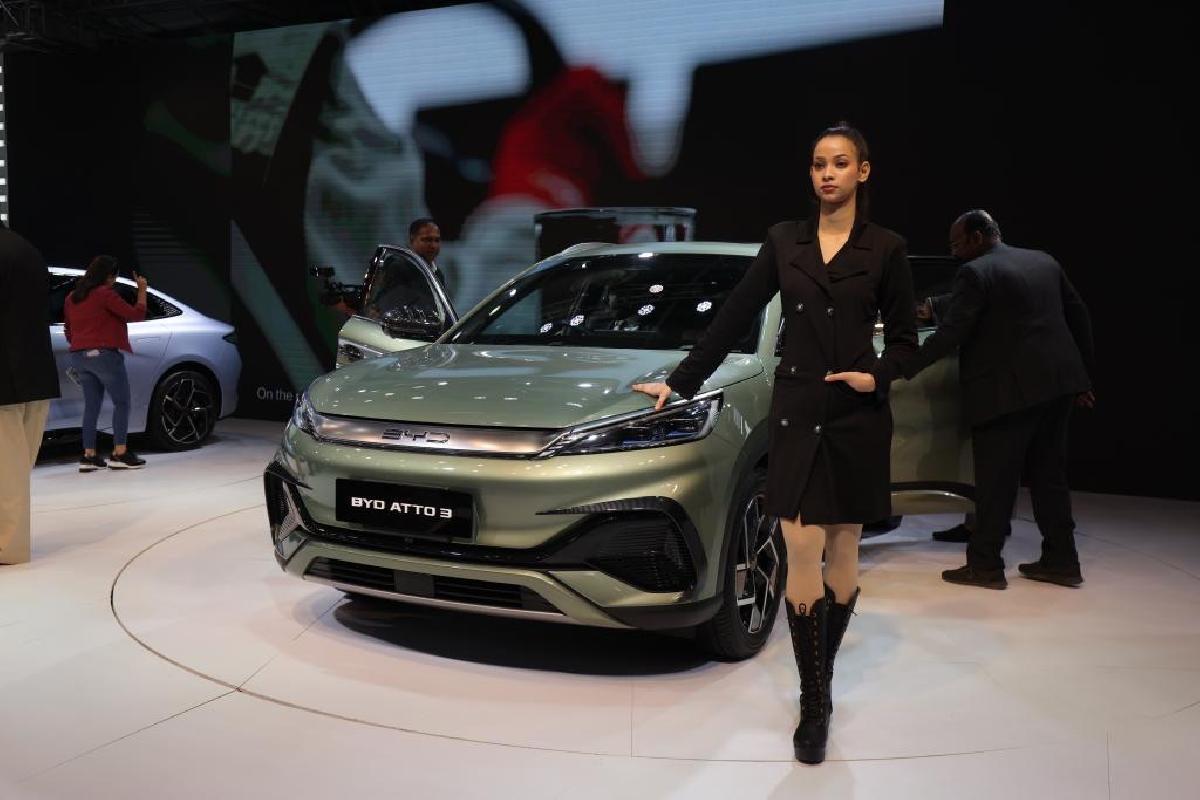 BYD launched the ATTO 3 Limited-Edition at INR 34.49 lakh (ex-showroom) in the Indian market. Introduced in an exclusive Forest Green paint scheme, it will be limited to 1200 units. Underpinning the same e-Platform 3.0, BYD ATTO 3 Limited-Edition gets a driving range of 521 km on a single charge. Except for the new paint job, the Limited-Edition model remains unchanged in terms of cosmetic changes and mechanical underpinnings from the standard ATTO 3. The electric SUV has been awarded the highest 5-star safety rating from Euro NCAP. 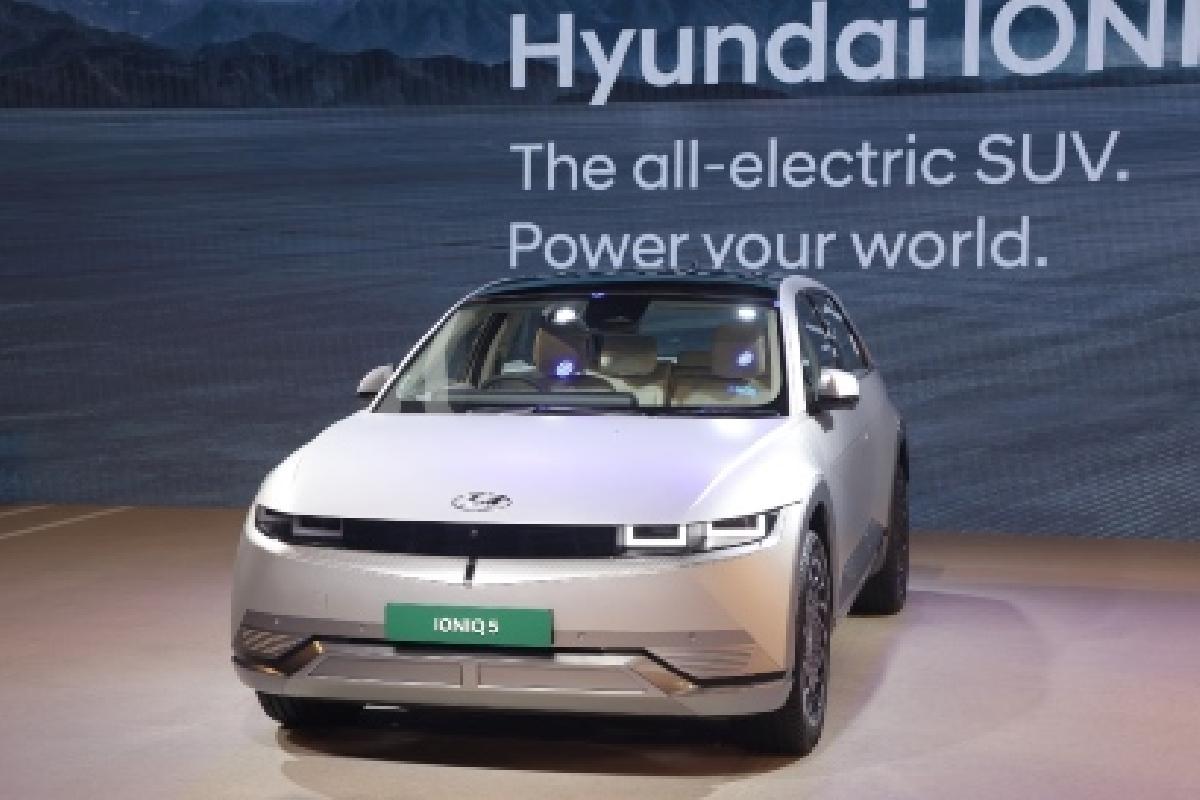 Hyundai India launched their all-electric Ioniq 5 SUV at an introductory price of INR 44.95 lakh (ex-showroom) for the first 500 customers in the country. The bookings for the e-SUV are already underway at a token payment of INR 1 lakh. Hyundai Ioniq 5 is powered by a 72.6 kWh battery pack which returns a driving range of 631 km on a single charge. It has power output and torque delivery of 214 bhp and 350 Nm, respectively. The electric SUV gets Level 2 ADAS tech and Hyundai’s unique Vehicle to load (V2L) technology as standard. Being locally developed at Hyundai’s factory in Chennai, it is nearly INR 16 lakh cheaper than Kia EV6.

The fourth-gen Kia Carnival made its debut in India at the Auto Expo 2023, albeit after two years of its world premiere. Measuring more than 5.1 meters in length, it gets SUV-like looks and is available in multiple seating (7, 9, and 11) configurations. Internationally, it is available with two engine options – a 2.2L diesel with 198 bhp and a 3.5L petrol with 292 bhp. The India-spec model is expected to come with the diesel engine and will be launched in the coming months. The next-gen Kia Carnival is expected to be priced upwards of INR 30 lakh (ex-showroom) when it launches in the next few months.