Homegrown manufacturers shine on day one at Auto Expo 2020

Day one of the AutoExpo 2020 began with a bang. The overall sentiment, largely impacted by a slowdown in the automobile sector and outbreak of coronavirus, was mostly nullified by some showstoppers, especially Indian manufacturers such as Maruti Suzuki, Tata Motors and Mahindra and Mahindra, who were at the forefront while displaying their capabilities and readiness for the adoption of new technologies.

Maruti Suzuki, India’s biggest passenger vehicle manufacturer announced its plan to sell one million green cars over the next few years under its ‘Mission Green Million.’ As part of this plan, Maruti Suzuki on Monday unveiled its FUTURO-e, a coupé SUV concept. 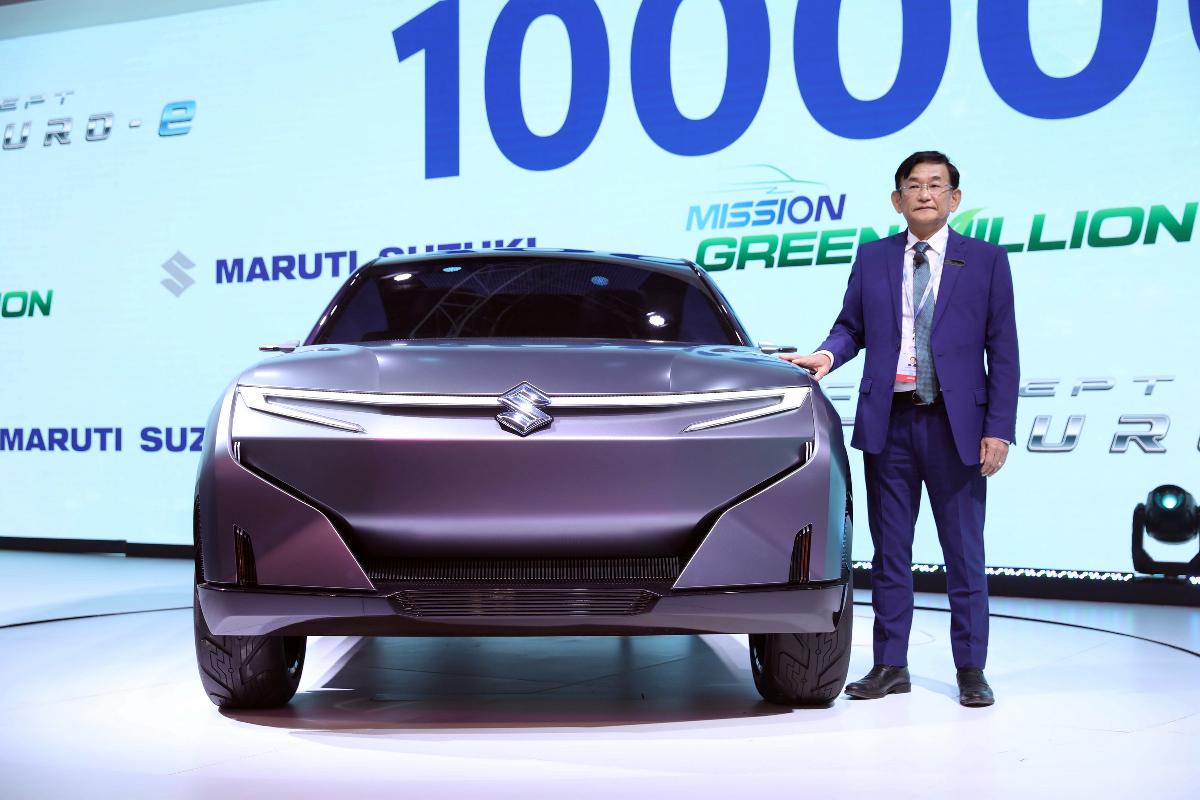 Additionally, the company will offer a bouquet of options for customers comprising CNG, hybrids and electric cars to achieve its goal under the Mission Green Million plan. Apart from the upcoming concept, it also displayed Swift Hybrid hatchback.

Tata Motors unveiled its wide range of passenger vehicles, including the launch of Harrier SUV, which is priced at Rs. 13.69 lakh for the manual version and Rs. 16.25 lakh for the automatic version (ex showroom pan India). In addition, the company showcased HBX concept, based on ALFA (Agile Light Flexible Advanced)architecture, Sierra EV concept and Hexa Safari Edition. Further, it also teased the Gravitas SUV, scheduled to be launched in the first half of FY 2021. It also claimed to have displayed the single largest portfolio of electric vehicles across passenger and commercial vehicle platforms. According to Tata Motors, the above vehicles were among the widest range of BSVI-ready vehicles that were displayed at the AutoExpo 2020, with a focus on ‘CESS – Connected, Electric, Shared and Safe, as the future of mobility.’

Among the vehicles displayed by Tata Motors, Sierra EV concept was the star attraction at the company’s pavilion. The iconic Sierra, the first passenger car introduced by Tata Motors, was launched in 1991 and soon phased out a decade later. Known for its stylish design, Sierra was reportedly the first car in India to introduce features such as power windows, power steering, central air conditioning, among others, before such features were standardized in other vehicles offered by competitors during that period. Further, it claimed to have many firsts to its credit – the first passenger car of Tata Motors to be accepted as the diesel vehicle in the personal car segment. While the production of Sierra was discontinued in 2000, it continues to enjoy a strong brand recall among car enthusiasts. 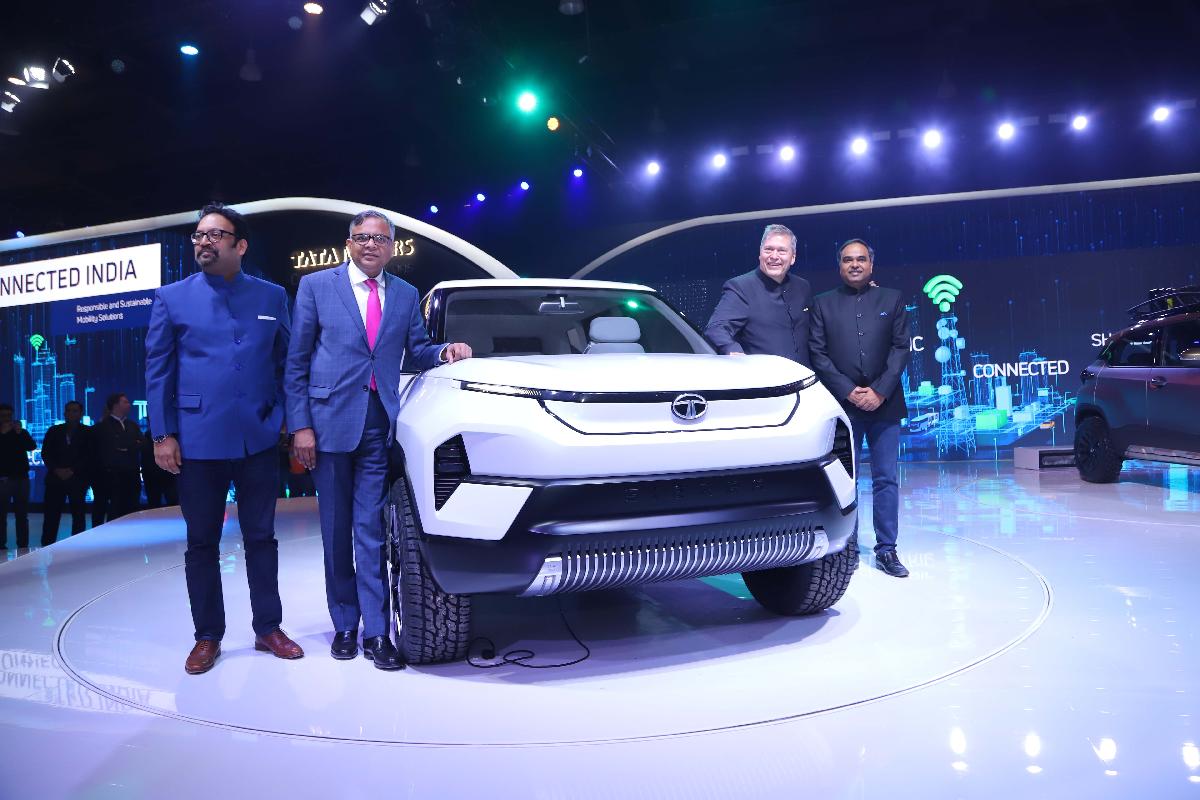 "This is the 75th year of Tata Motors and we thought we should pay a tribute to the creators of the original Sierra that engineering and design team had a lot of vision, a lot of guts to come up with a product like that, at the time it came, ahead of its time, which is why the iconic nature of the Sierra has lasted so long because it means so much to India, it means so much to people born in the 1980s, 1990s and we wanted to pay a homage to that nameplate, those people but not do it in a way which is a retrograde step. It's a new Sierra for the new era and that for us is very important. It has to look ahead and in 20 years this itself should become the icon. When you redesign an icon, there are two ways you can do it, one is you're a slave to the original and you just tweak it around or you take the spirit of the originala nd create something new and the spirit was to create something new. We have taken a few design elements, you know the glass at the back, etc, brought those in, in a new way and we've shown it on an electric platform and that's what will make it current and futuristic," says Pratap Bose, Head, Global Design, Tata Motors.

About the HBX, Bose said "When we showed the H2X, I made a promise that that car was 80% production, and I also said that we will want to do an SUV in every size and every price, so this is of course our baby, the smallest SUV in our range, the other side is Gravitas and this is the entry, 3.8 something meters, and you will notice that the name has gone from H2X to HBX because a lot of people call it Horn Bill, we don't a lot of people do, so we said okay, we'll call it HB and the X is the remaining 5% which is conceptual, the roof rack, etc. But the rest of it is the car we will be launching pretty soon." 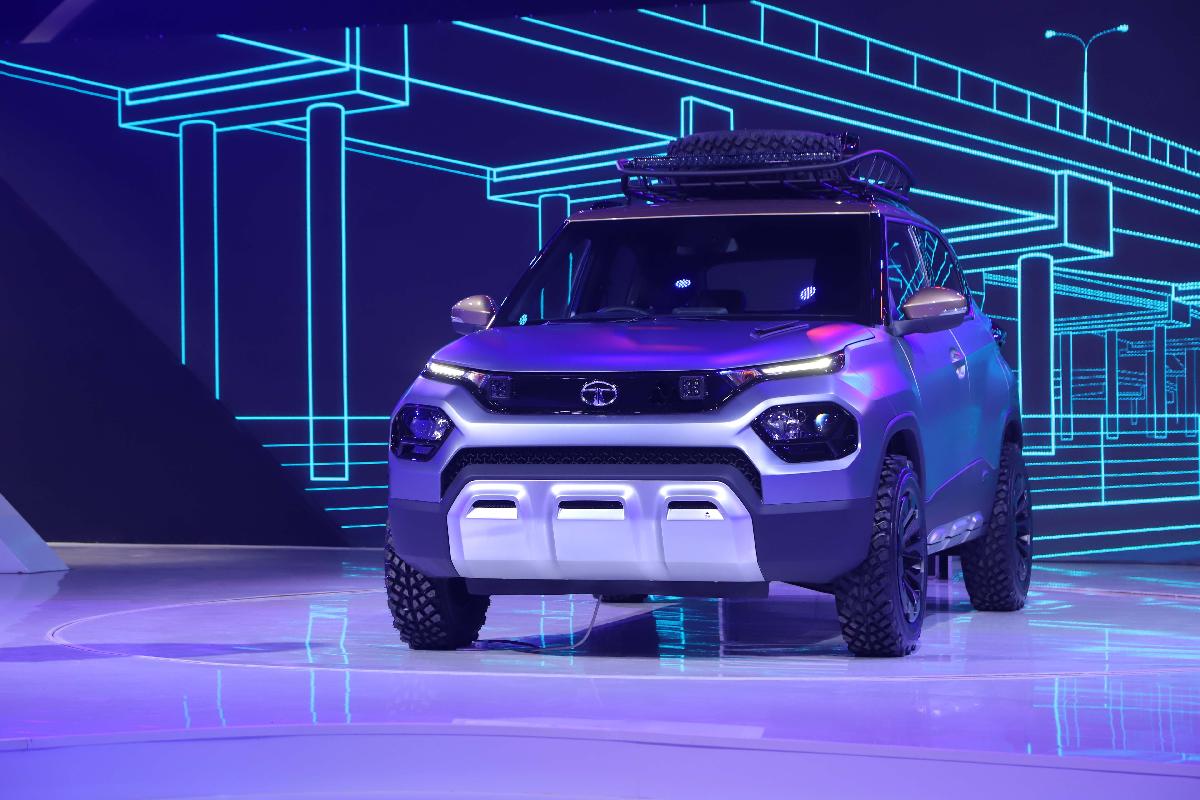 Furthermore, Tata Motors launched its latest version of Harrier SUV, with a BSVI compliant engine and automatic transmission. The 2.0-litre Kryotec diesel engine develops 170PS and 350Nm of peak torque. The company announced that the vehicle is available for bookings across all dealerships from later this month. Providing more details on its design, the company stated that Harrier is based on the Optimal Modular Efficient Global Advanced Architecture (OMEGA-ARC) derived from Land Rover's D8 platform, and is available in five variants -- XE, XM, XT, XZ and XZ+. The automatic option is available with XM, XZ and XZ+ trims only.

Commenting at the launch, Tata Sons Group Chairman, N Chandrasekaran said, “We are proud to offer one of the largest range of BSVI portfolio and this shows our commitment towards a clean and green environment. Tata Group has taken lead in driving the Government’s vision of electrifying India and building a comprehensive and sustainable ecosystem, by leveraging the Group’s rich experience and diversified competencies.”

Guenter Butschek, CEO and MD, Tata Motors Ltd. added, “We’re super excited to showcase our new and upgraded products across passenger, electric and commercial vehicles, as they are not only BSVI ready, but they go beyond in terms of value, technology, features, experience, to meet the mobility aspirations of our customers.”

Another Mumbai-based manufacturer, Mahindra & Mahindra launched the e-KUV100 at the AutoExpo 2020 with a price starting at Rs 8.25 lakh (ex-showroom, Delhi) including the FAME benefits. According to the company, the bookings for the newly launched electric vehicle will commence in March, while the deliveries are expected to begin in April. 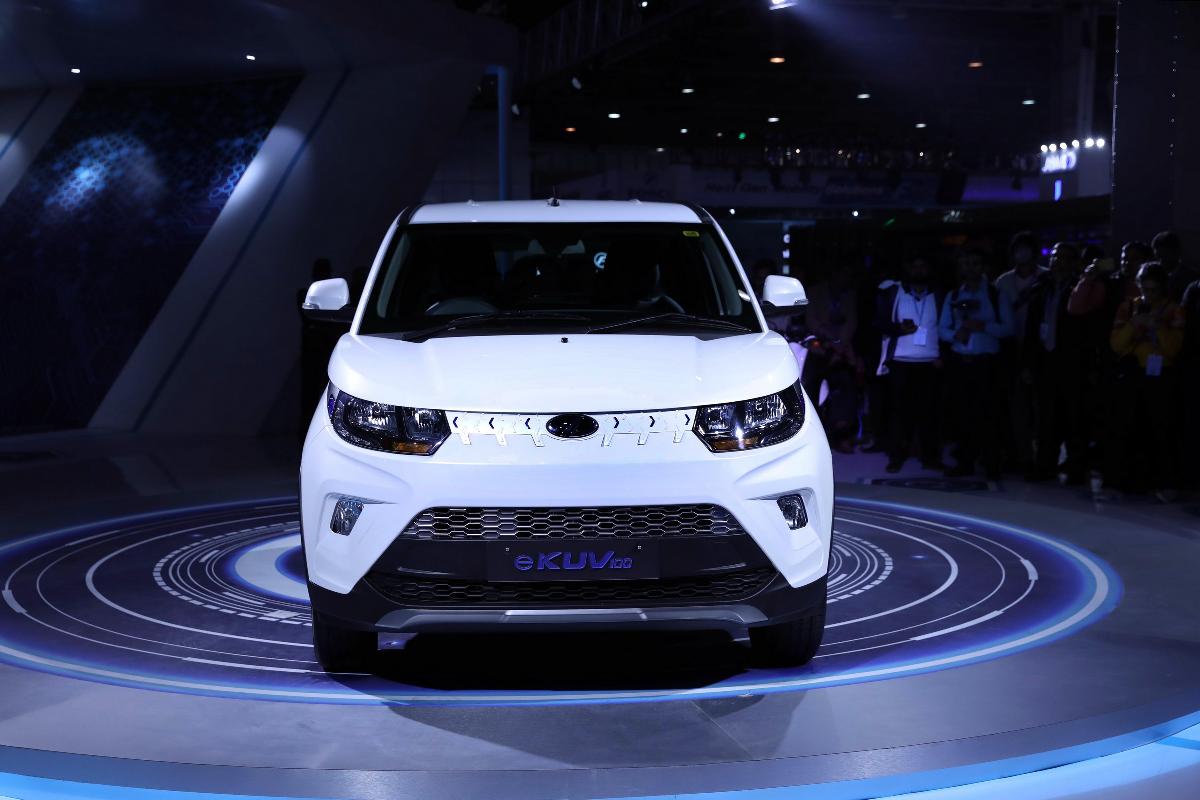 Along with e-KUV100, the company also showcased Atom, an EV developed for last mile connectivity and Funster concept, another EV with premium technology such as convertible roof. 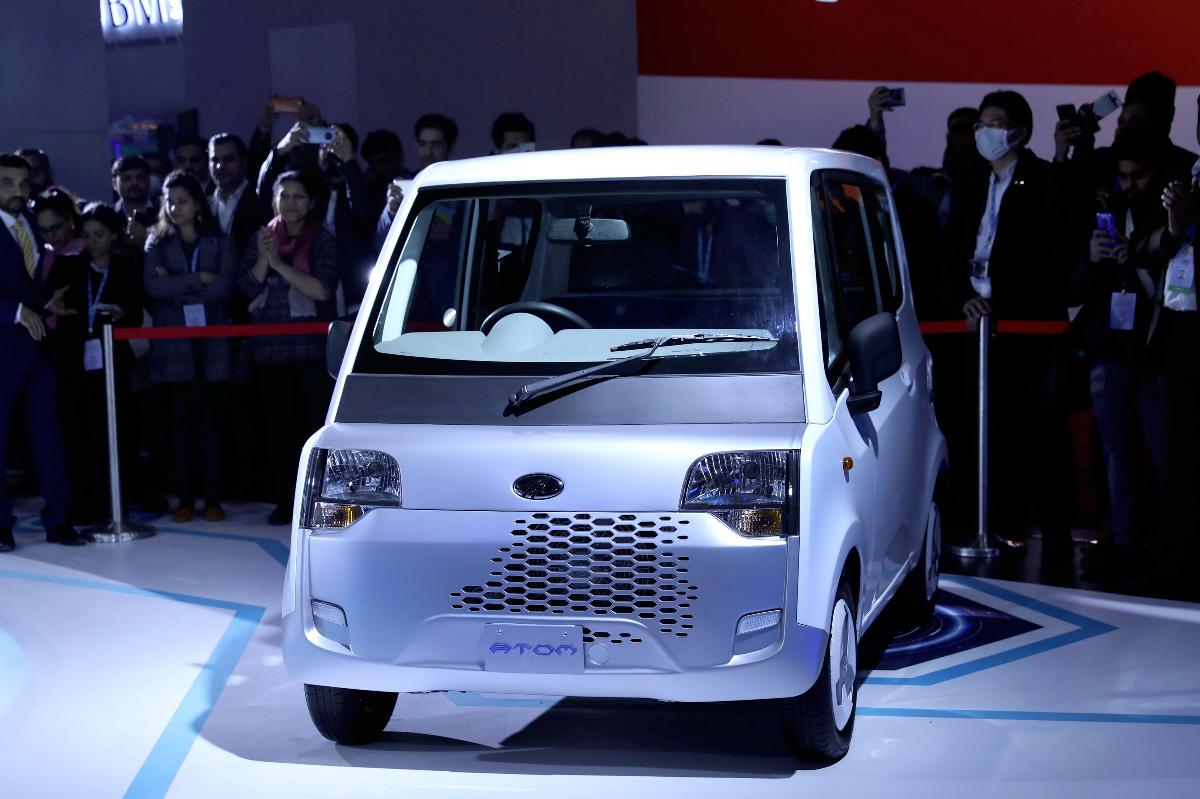 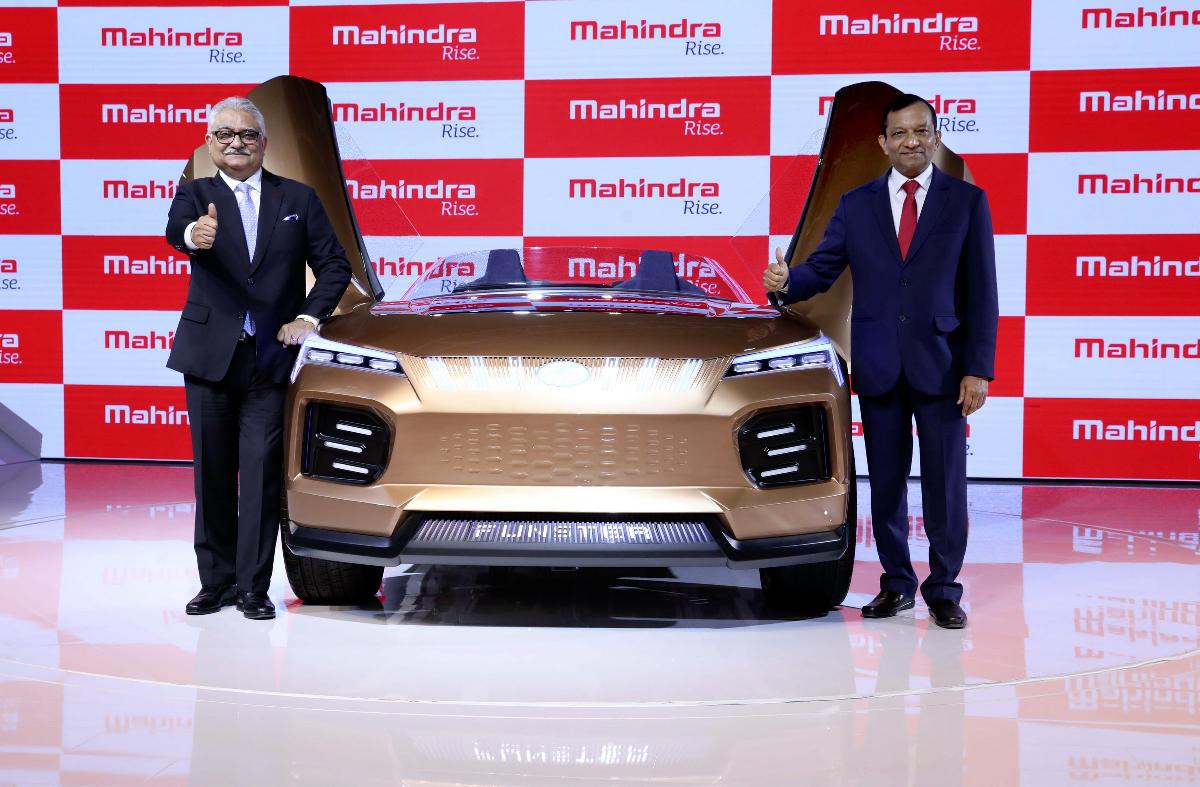 While announcing the company’s plans, Pawan Goenka, Managing Director, Mahindra & Mahindra said, “Our focus will not only be on growing our clean business unit through our electric mobility business but to also provide cleaner engines as we approach the implementation of BSVI norms.”

While the top three Indian manufacturers showcased their respective capabilities, mid-sized companies such as Pune-based Force Motors also had a formidable display with its three grounds-up new platforms including a 100% electric variant of Traveller platform. 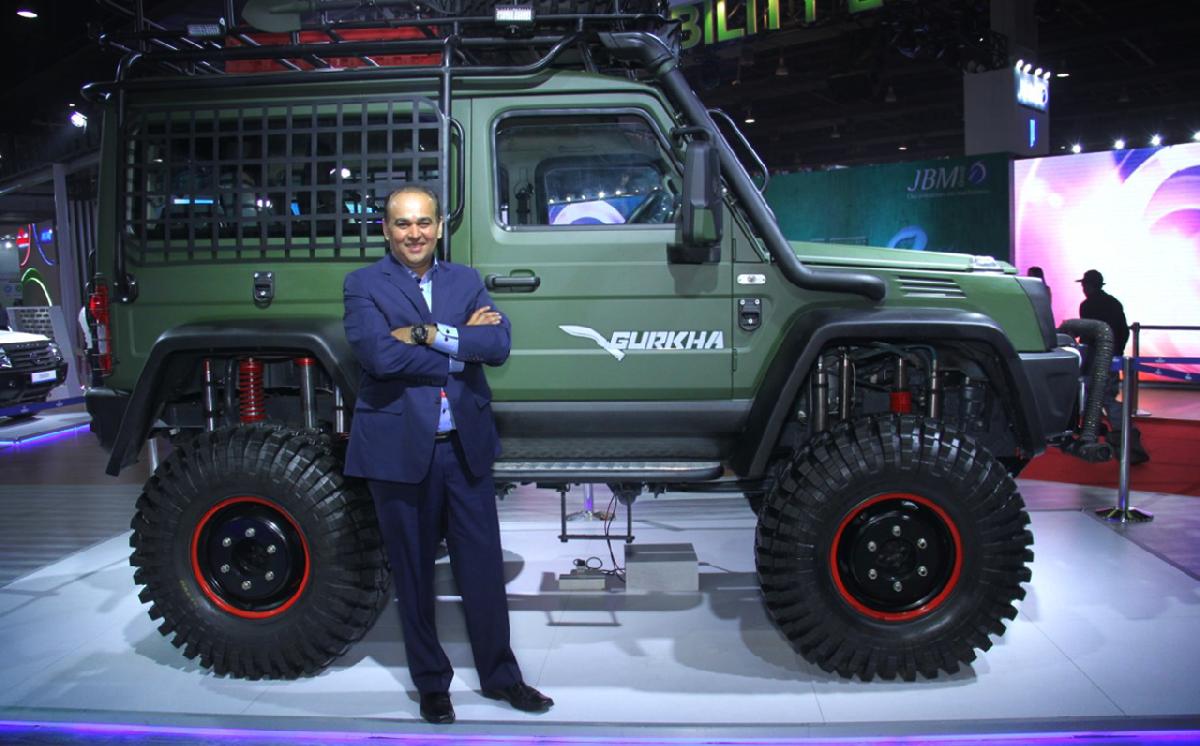