The consumer electronics giant Sony is evaluating its foray into electric cars. Can it pull it off?

In 2020, Sony surprised the world with a beautifully designed electric car – the Vision-S concept. The Vision-S is a sleek electric sedan that packs in a lot of cool technologies. Recently, the consumer electronics giant unveiled yet another concept EV, the Sony Vision-S 02, at the Consumer Electronics Show (CES 2022) in Las Vegas. Sony’s Vision-S 02, an electric crossover, appears to be firmly focused on taking on the Tesla Model Y with all of their cutting-edge technology.

While Sony has a great deal of experience in designing and manufacturing some revolutionary products building cars is a whole different ball game. And while we are keen to see Sony-branded electric cars zooming around, will Sony be able to achieve this ambitious agenda? Let’s just say that is a mixed bag with quite a few things going in their favour and some not so much.

The Japanese electronics behemoth has long dominated the market. Its history is littered with products that have revolutionised the industry. Products such as the Walkman, Alpha series mirrorless digital cameras, the Playstation are some of the biggest and most popular ones that come to mind and who can forget how Sony and its partners revolutionised the gaming industry with the Playstation while developing a game that would turn the world upside down.

Gran Turismo, the motor racing game franchise helped bring realism to gaming. The development team worked tirelessly to create neural engines that would simulate how particular cars genuinely behave dynamically on the road. Those handling characteristics would be replicated in the game, assisted by some pretty impressive graphics. Gran Turismo was so popular and realistic, that gamers around the world reached a point where they were able to build a career as racing drivers like Jann Mardenborough and Lucas Ordonez to name a few. Gran Turismo changed the way people perceived gaming that eventually paved the way for it to be recognised as an actual sport, i.e. eSports.

Sony has a great pedigree of being innovative, persistent, and willing to take risks when necessary. As the electric vehicle revolution gets underway, Sony seemingly does not wish to be left behind. As a result, in 2020, they conceived and designed their first concept car, the Vision-S electric sedan. Sony has been road-testing prototypes but had given no indication that the vehicle would be put into production anytime soon. 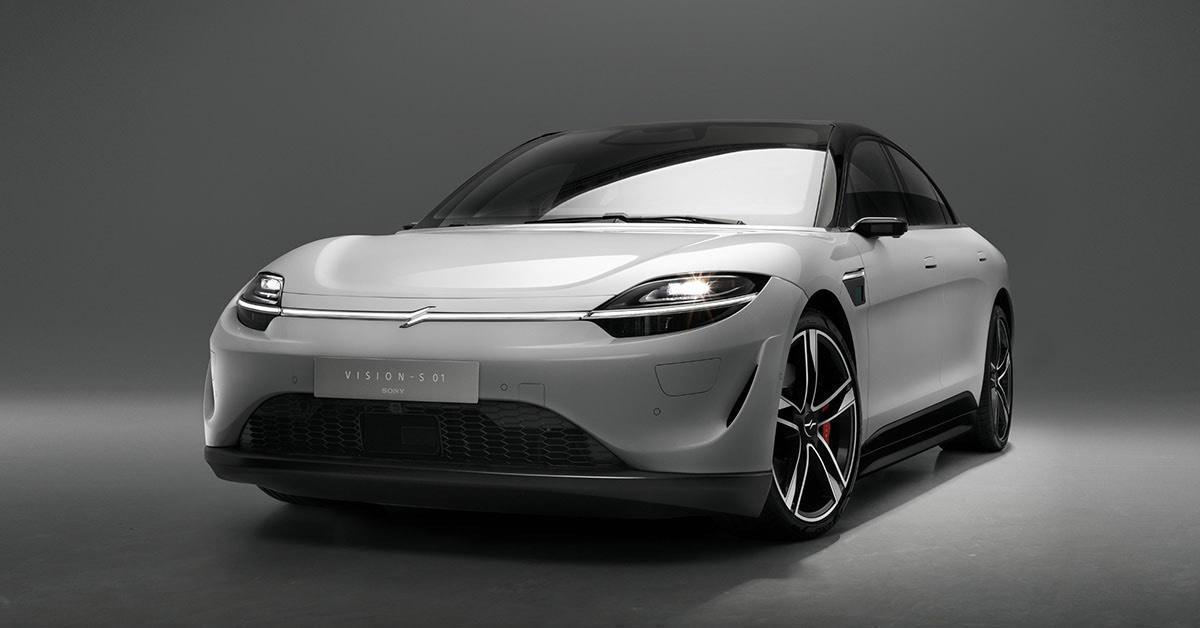 At CES 2022, Sony revealed the Vision-S 02, an electric crossover that resembled a car seemingly ready for production. At the unveiling, Sony claimed that its crossover is a seven-seat SUV with all-wheel drive and two electric motors capable of 268 horsepower each. While the company keeps further the technical details close to its chest, it claims the car would reach top speeds of up to 180 kmph. The Vision-S 02 concept is of similar proportion to a Tesla Model Y and appears to be a fully functional vehicle. 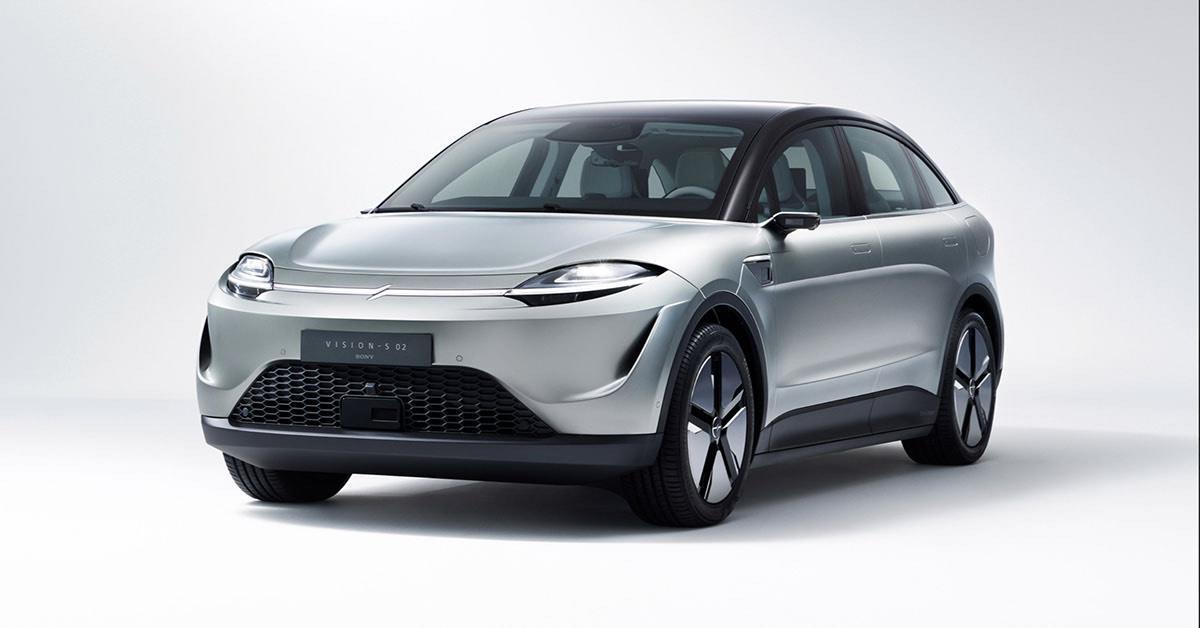 Sony further promises that its car will feature autonomous driving systems with AI and robotics technology that is developed in-house. The systems will combine its knowledge gathered from developing high-sensitivity, high-resolution, wide-dynamic-range cameras, LiDAR, radar, and ultrasonic sensors to improve safety. Sony claims its Level 2+ autonomous drive systems are currently undergoing testing in Europe. Even the rearview cameras will use Sony’s renowned CMOS sensors used in some of the best professional cameras. 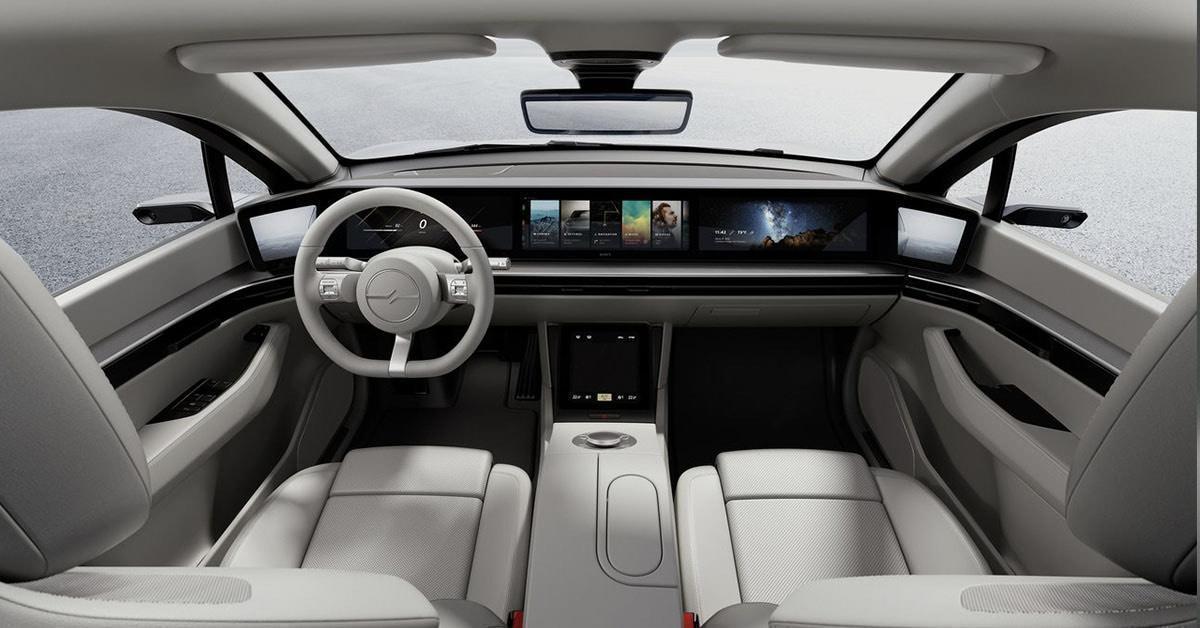 Technologically, Sony has everything it may need to design and develop an electric car. However, there is one hurdle in its path and it is a big one — manufacturing.

Many tech companies in the past showcased electric cars with some neat tricks, but few survived to get them off the ground. James Dyson is a respected inventor and his brand is known for making some nifty innovative solutions in the field of vacuum products. Dyson built a great electric car from scratch. But, they scrapped their plans to set up a manufacturing facility in Singapore as it failed to add up economically after investing millions into development. Fisker and Nio are other notable brands that met with a similar fate. Apple has been working on its own EV for what seems like forever, but we won't hear much about it for another few years.

Sony has quite a few manufacturing sites around the world for consumer electronics. But manufacturing vehicles and cars will require a different kind of facility, one that Sony does not have.

A Reuters report suggests that analysts doubt that Sony will ever be able to successfully produce an EV. Sony has had its first design for two years, but no investment has been made to put up a manufacturing site, according to reports. Furthermore, automobiles are also subject to significantly stricter safety rules than consumer electronics.

While Sony claims to have $16 billion (INR 1,19,984 crore) to spend, money is not the only factor that will reap success in building a new business of electric cars. It requires expertise in automotive manufacturing, a skill set that Sony does not possess at the moment. Investing a large amount of money into building a plant and the necessary equipment for electric cars is not likely to get approval from the board of directors at this stage either.

Playing in Sony’s favour is a successful partnership with a company called Magna International. Magna is an industry titan that is associated with companies like Ford, GM, and Tata to name a few and it does have the experience that Sony might be seeking. Sony could design and develop the car, and then outsource the manufacturing to Magna, while also learning the nuances to be successful at the task at hand along the way. This might be the differentiating factor between Sony and other failed EV start ups.

At CES, Sony announced that it will form a company called Sony Mobility Inc which will be responsible for evaluating the chances for Sony to break into the electric vehicle market.

We would love to drive a Sony-branded electric car. But the reality seems to be split into two possibilities. One is that Sony outsources the manufacturing of its vehicle to Magna. The product becomes successful enough to allow the company to invest in manufacturing in-house eventually. The other and more realistic prospect is that Sony uses these concept vehicles as proof of its capabilities for the automotive space, and begins to supply even more tech to the legacy automakers to incorporate into their vehicles.

Sony has never shied away from a challenge before, and we expect nothing less this time around. They have consistently delivered world-class products for over 75 years. Nothing suggests they will shy away from this fight either.