In Part II, of our IV Part series on Pratap Bose, VP, Global Design, Tata Motors, he gives us the lowdown on how the Italians, the Japanese and the Germans emphasize on different aspects of design, thanks to deeply embedded cultural practices and rather interesting philosophies

We asked Pratap Bose, Vice President, Global Design, Tata Motors, how different car manufacturers in different countries varied in terms of their car design and car making philosophies, and he had the most incredible things to say!

He started by telling us about the Italians. The Italians, he said “start with emotion… with their heart first,” says Bose. “Through history, if you look at a Ferrari or at a Lamborghini, most of them, you can’t look through the back glass, you can’t get in, you can’t get out, something else breaks, but they still make history, because, for them, “passion over ration[ale]” takes a huge prevalence, it is very significant,” says Bose.

Apparently, it is because of Italians’ immense sense of history that when they put something down on paper… and on the street, they understand exactly the continuity of context. “Where the product has come from and where it has to go and what link this product makes from the past to the future, that link is very important for them, be it architecture, fashion, product design or automotive,” says Bose, asserting that both, lineage and continuum are important. “If you see the things that Alfa Romeo, Ferrari, Lamborghini, all of them do, they have such a great link to where it came from and where it has to go,” says Bose.

Another interesting aspect that Bose throws light on is the fact that Italians have over the years made use of hard materials for sculpting because they didn’t have clay until very recently. “Because of their sculptural background, using marble right from Da Vinci and all the sculptures to more recently Giugiaro, when he started, Bertone and Pininfarina, they all used plaster of Paris for their full-scale models whereas the rest of the world had moved onto industrial clay for modelling, especially in the US. So, even the discipline of hard material plays a very important role in the outcome of the design,” explains Bose.

Bose talks about an interesting episode that dates back to his first scooter project from a phase in his life when he had “not heard of many things” himself, and how what a modeler told him then, has stayed with him over the years. “I was telling the modeler that I want this and I want that,” recalls Bose. The modeler told him, “If I have to move my hand in a certain way and the hand itself is not right, then there is something wrong with your design. If you have to force it, then you’ll be sure that the surface will be wrong, if my hand moves in a natural way, you’ll be sure that the surface will be beautiful,” says Bose. 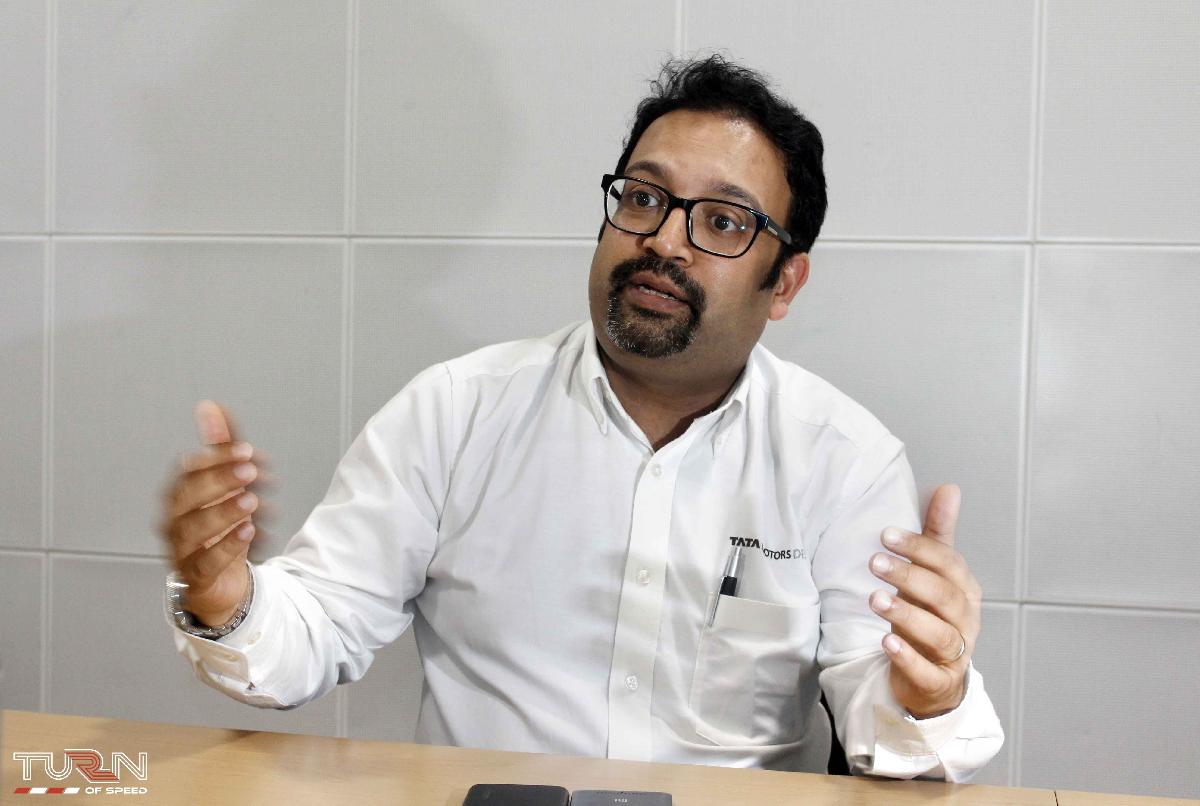 If the Italians are all heart, the Japanese are all about being ultra-planned and every single thing has to begin with a lot of planning. “Measure twice, cut once is the motto. They’re supremely well-planned in how they approach not just products as a whole, but even life as a whole. It is even [visible] in their trains. The train will come at a certain place, at a certain time, and you have two foot prints on the platform, you stand there and the door will come there, so it is very planned. One of the biggest functions within Design, in Japan, is actually called “Design Planning” which works out what has to be done when, and on what day, so, it is much more scheduled,” says Bose.

Japan, which often has to deal with natural calamities such as earthquakes and Tsunamis is used to seeing things change rapidly and it is also because of this that they have even had houses made of paper that are temporary which come and go, so their idea of continuum is very different because of their circumstances, explains Bose.

He goes on to talk about how if you look at six-seven generations of the same nameplate, in Japan, they will sport a completely different design. “If you look at the four generations of Nissan Micra, if you took away the name, there would probably be nothing in common. But, if you look at eight generations of a Volkswagen Golf, or eight or nine generations of a Porsche, you can see this incremental change,” says Bose, who feels that the Japanese don’t get weighed down by history. However, he says very few signature models do have a link to the past “but by and large one generation of a Japanese car will be totally different from the next because that’s what they see their continuum as. Their continuum is to do something new,” he says.

When it comes to space planning, it is their forte and the way they manage to fit everything into their small homes, it is the same philosophy that transfers into car design and what makes them phenomenal with small cars, says Bose who goes on to tell us about the time when he was in Mitsubishi. “I remember when we were in Mitsubishi, we were doing a segment of cars called K cars, working on a car called EK Wagon, and the amount of space they could find in the interior was unbelievable! The space efficiency and what you can do with space, comes straight form the way they did their architecture, that link is incredible. They don’t like wasted space. So, you’ll see in the Japanese cars, even the engine packaging is phenomenal. The displacement of a 1.0 Liter engine is 1.0 Liter, its physics, but they will be able to package it in a smaller space than many other companies. Why? Because they think in that sort of a way,” says Bose. 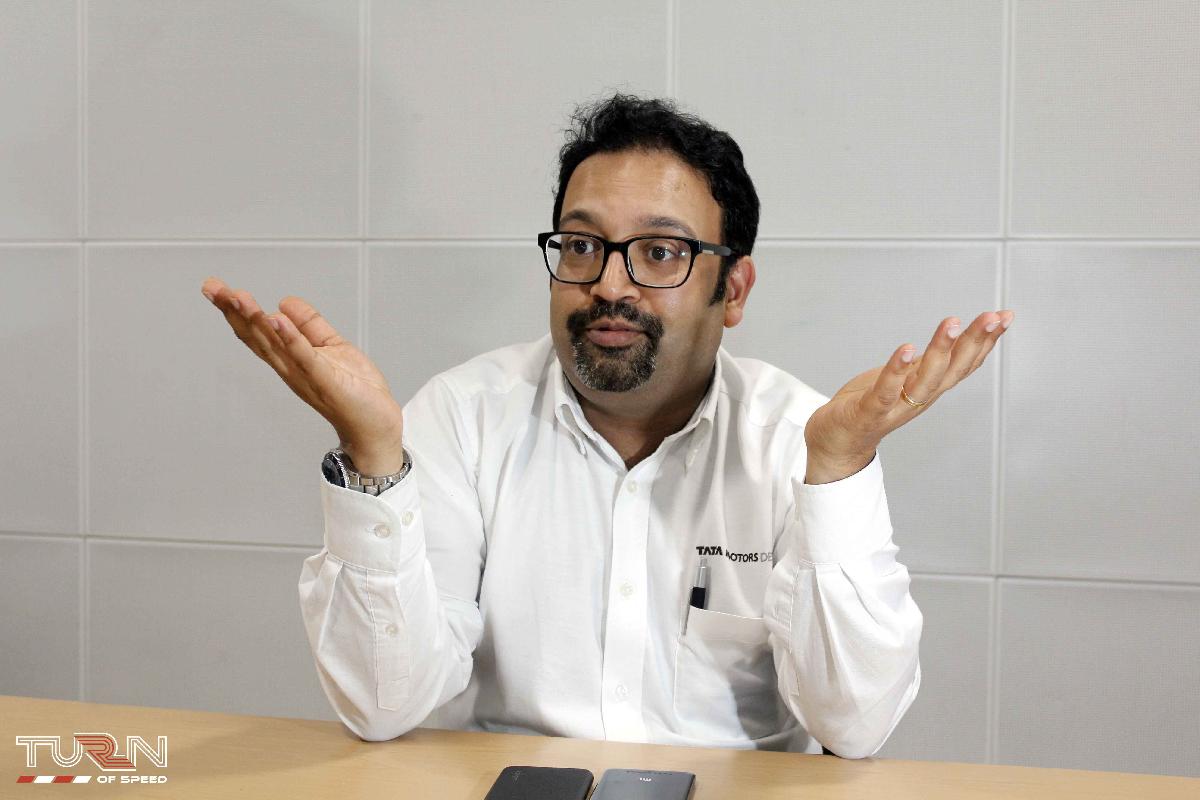 While the Italians design from the heart and the Japanese manage to pack the world into their cars, for the Germans, “a nation that enjoys cars, driving, power and speed,” it is quality that reigns supreme, says Bose. “There is a reason why the top three brands come from Germany… because the expectation of quality in terms of design quality, visual quality and build quality at that market segment is very high and these guys are able to reach that,” says Bose.  Questions such as “How do you get tighter shut gaps, how do you get more flush panels,” are what Germans are constantly seeking answers to and “it is all linked to their manufacturing processes,” he says. Design and manufacturing are very strong in German companies explains Bose. “In fact, if you look at Bauhaus, the whole movement of Bauhaus was around moving it away from handcraft to mass manufacture, so, design for manufacturing… I think the Germans are complete Masters at that,” he says.

Afterall, several important features in the car such as seatbelts, airbags, ABS, ESP, have come from Germany. “The Germans keep doing all sorts of technical innovation and then to express that becomes their design language. Because their manufacturing quality is so high, they can push the design to really express that. I think the real strength in German design is the strength in German manufacturing at every level. Tier I suppliers, Tier II suppliers, right through the supply chain, their adherence and their push for quality and technical innovation is phenomenal. I have seen their pursuit for technical perfection is second to none. It is not second to none, it is absolute leadership in Germany,” says Bose.

And amongst all these impressive car manufacturing countries, where does India stand? “In India, the car design profession is very young, so if you look, there are only two companies doing it, it is us and Mahindra, and we’ve been making cars for 20 years, whereas, a western OEM or Japanese, many of them are actually celebrating 100 years! Having said that, Bose feels that “our great strength is that we can do some incredible sub-four-meter cars. We started with the Indigo CS, but now there are SUVs, crossovers, mini vans, multi-utility vehicles, all in that sub-four meter which is great.”

When a lot of Heads of Design in other companies come to India and they have to do a sub-four-meter sedan or a sub-four-meter SUV, for them, it is unimaginable, but Bose thinks that “it is a great space that we [Indians] have found for ourselves as a size segment, it is not too big, it is not too small, it is the right size for India. If I sit in a Nexon today, and I’m a young family, I think you wouldn’t need anything more than that, the next car is one and a half foot longer. Now, where do you get to park in Bombay or Delhi, so what I think started as a legislation, is very convenient and the right size for India,” states Bose. He also talks about the fact that a small car is actually a difficult size to design because “where do you get a sedan which is sub-four-meters anywhere in the world? There is no product. SUVs as well. Now, the front-crash legislation is dictating a certain overhang in every car, so we start drawing the line from the front, the engine, the people, and then [offer] some boot space… that’s a very tight envelope to work in, but it really squeezes the creativity of the designers, and India and Indian designers are real masters of designing for that segment which is “incredibly challenging but very satisfying. You can get 419 Liters of boot space in a Tigor or you can put a full-size washing machine in a Nexon, that says a lot for the engineering as well,” says Bose.