In the final part of our IV-Part series on Pratap Bose, VP, Global Design, Tata Motors, he tells us about the DNA of Tata vehicles, what IMPACT Design is all about, future trends, and how aggression has never been a part of Tata Group’s philosophy

It was a small car, the Tata Indica, that Bose feels was ahead of its time. “If you look at the contemporary global benchmarks in those days, the Indica, was really up there, with all of them.” Today, as a car designer, who has spent 13 years designing cars at Tata Motors, he believes that an important part of Tata’s DNA is bringing futuristic and innovative things to their cars. “I think there is a flavor of future or something about innovation that plays a very important role,” says Bose. He goes on to tell us how they could have created a very “boxy” Nexon, because that’s what the segment was, however, they went and created a “coupe.” About the Tiago, he says “we could’ve done something very vanilla, but we did something with a lot of character, even in that segment.” He then goes on to talk about the Nano being a great example of technical innovation. “I know the marketing story and the social story, all of that is a different thing, but if you look at the DNA of how our products are born, I think they’re born out of this real desire to change the game, and that is important,” says Bose. 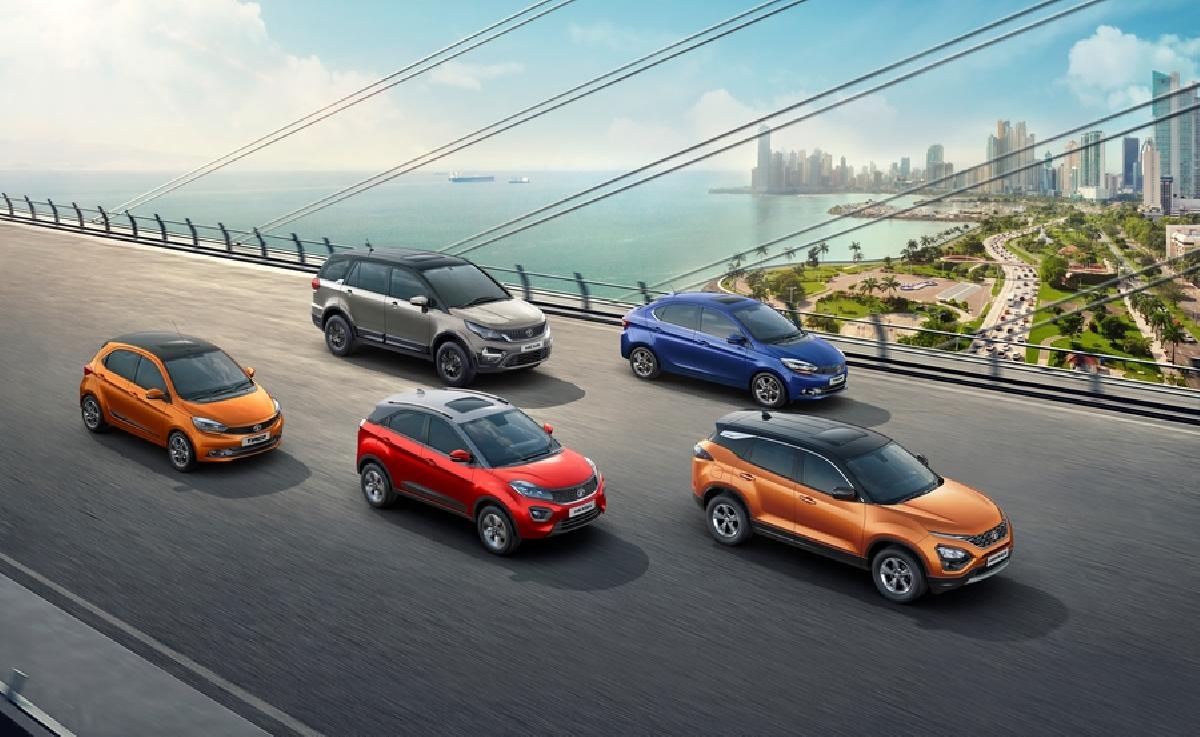 Changing the game is what products from Tata Motors have always been all about. In an era where, regardless of age, we’re all digital natives now, Bose, feels that “technology should do a lot more than what it is doing.” For instance, he says, about the music system… “It doesn’t have to be only a music system; it can be a little bit of a gateway to the rest of the world. Cars shouldn’t become that blackhole where you’re disconnected. You can be connected if you want, and disconnect if you don’t want. We’re not saying you’ve got to be there 24/7, but one of our differentiators was actually Infotainment,” says Bose. For a company coming from India, recognized for its great IT Superpower, Bose strongly feels that they ought to express that, and also play it up.  “If that’s an expected thing to come from India and an Indian company, why can’t we amplify that because that’s what we are known for and understood for. With the eco system here, the start-ups, the big IT companies, it’s a very genuine play if we do that,” says Bose.

The Design Maestro’s understanding of business has also been simple and clear. “Mind share leads to market share,” is something that Bose understands only too well. To get to that mindshare Bose says that they had to create IMPACT Design. “The point is that you have to interest people enough to want to know more, and then you have to do another incredible thing in this day and age. You have to make sure that the person leaves his house, sits in traffic, the rain, the sun, the smog and goes to a dealership. I mean, this person, who does not even get off the couch to order food, you’re asking that person to get out of his house and go and see your car, in your showroom, which is nowhere even near him,” says Bose. That was the challenge and that is how IMPACT Design was born. “You make IMPACT at this stage, immediate impact, followed by lasting IMPACT,” says Bose. That is the reason Bose feels people take selfies with TATA cars and have tribes such as the Nexon tribe, and what all this means is that things are not merely superficial but that their cars have made a lasting impact. Bose feels that good design always gets people into a showroom but it is great engineering that keeps people out of the showrooms and so it is vital that good design and great engineering go hand in hand. According to Bose, what IMPACT design did was that “it created a different philosophy of looking at the way we designed and engineered products. If the products look a certain way, they have to perform a certain way.” 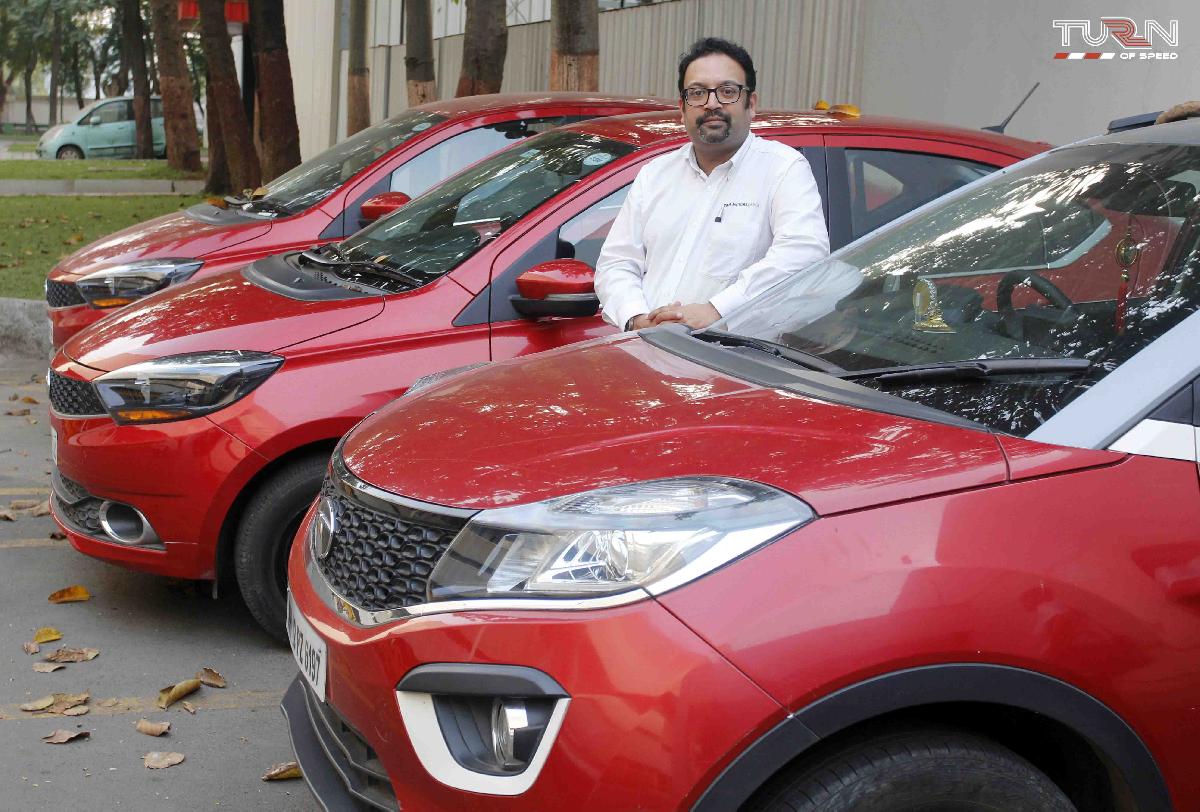 Next came IMPACT DESIGN 2.0 which has been all about taking things to the next level with the new architectures that weren’t available before. “We didn’t have the benefit of the new architectures yet we created some compelling products which created this fan following,” says Bose. IMPACT 2.0, Bose explains, “is really about grabbing more attention, getting people back into our cars, into our dealerships and in conversations, ensuring that you’re being talked about at that dinner table conversation…. making an IMPACT at that level." He says that the first IMPACT was a little louder, where they had to shout a little louder and announce their presence, but now that they’ve been found, they can lower the volume of the conversation. “I think we’ve been found, so IMPACT 2.0 is about continuing that conversation,” says Bose.

And the conversation about design continues, moving into the realm of the future. Bose’s own sense is that the future trends will move to a much sharper definition of volumes and that there will be bolder colours. “I think people will start to accept that. When we did Tiago, few years ago, with the orange, even in the studio, we were shocked, and a bit scared as well, but it went on to become a signature colour. The blue, in the Nexon… in people’s minds, the car will have that one colour, so if I say Tiago or Nexon or Hexa, it will flash in your head in one particular colour, even though you have a range of six colours. A silver Tiago won’t come into your head, it’ll be the orange or the Espresso brown,” says Bose.

Mapping ahead is an important aspect in the business of car manufacturing because a car development process takes about three-four years. However, “if in four years when you launch the car, you come up with a wrong colour, you can be in a lot of trouble,” says Bose. “You see ‘Gold standard’ for Altroz, no one has done that, we see it coming, we see a lot of metallics coming. Pink gold has appeared on iPhones. We see that tendency… it’s a different kind of gold, it is not flashy or gaudy, but it is a much more controlled, toned down gold and it appears first in small electronic appliances like on a speaker somewhere or a phone, because their lead times are much faster, so they can express it quickly, and then it comes to the automobile world, for sure,” explains Bose.

We asked Bose if the coming year would show us more designs that were squared off, or if round and curvy designs would reign supreme. “That is more of a corporate philosophy of how they want to go, instead of following a direct trend,” says Bose. On the other hand, he says “Headlamps and tail lamps will get smaller, purely because LEDs are starting to come, and they can be much sleeker and sharper, so the technology link is very important because you can only do what the technology allows you."

Talking about their Alfa and Omega architectures, both of which have brand new products, Bose says that both are great architectures and that going ahead, they will be moving everything to the Alfa and Omega architectures. Considering, their philosophy of an SUV for every size and every price, Tata Motors, now boasts of a great range of new products. “The Gravitas is one side of the scale, we’ve got the Harrier, we’ve got the Nexon, and we have previewed H2X, which is the smallest you can get, so, H2X to Gravitas gives you that range,” says Bose. 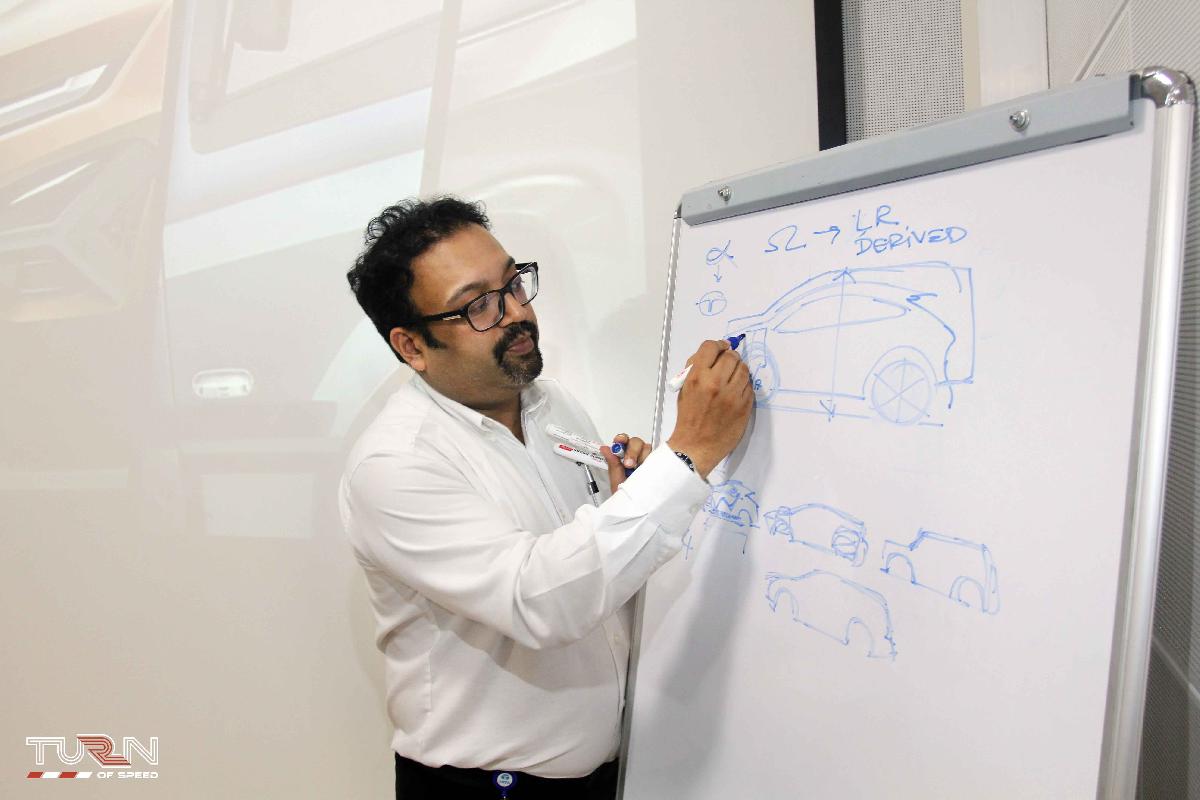 Needless to say, it is the SUVs that have gained a huge fan following over the years, Bose says that “More than an SUV, people buy a certain lifestyle, a certain sense of security and comfort. SUVs have some inherent architectural benefits, where you sit higher and you have better visibility on the road." However, Bose points out that at Tata Motors, they never lose sight of the fact that all their SUVs talk about strength and not about aggression. "Aggression is not part of our corporate philosophy in the Tata Group, forget about Tata Motors. Tata Group is all about humanity and treading the ground softly, and I think, that is the important thing,” concludes Bose.