For the Love of Cars

A young couple, Rishab and Alisha, met and fell in love over their mutual obsession with Automobiles. Fareeda Kanga learns how they converted their passion into a profession.

“Rishab and I met in 2012 through common friends. His ‘bio data’ also came through a relative who predicted we were a good match. He had just returned from the US after completing his MBA in Entrepreneurship and I had quit my job to focus on applying to colleges for an MBA in marketing” says Mumbai-based Alisha Bafna.

The couple had a near disastrous start when Rishab kept the well brought up Alisha waiting impatiently as he failed to keep time. “Halfway into exchanging boring pleasantries, he randomly asked me about what I liked and out of a million things that I could have said, I uttered the fatal word that has united us ever since – Cars!” She jokes.

Little did they know that this would become the topic of discussion for the rest of the night…  “And we couldn’t stop there, he went on to share his plans of starting a multi-brand luxury car service and repair shop, Kar Worx, in India like the Valvoline chain of repair shops in the US. In fact, he even got them on board as his strategic partners to foray into the Indian market.”

Whilst Rishab slogged on his new venture, the two became inseparable, and eventually tied the knot in Jan 2014. “As a newlywed, my hopes of doing an MBA were put on hold as Rishab encouraged me to join his start up. He always knew we’d make a good team as we played on each other’s strengths.”

The duo went on to open branches in Aurangabad and Pune, travelled extensively for Automechanika, participated in the Super Car Show, and garnered Media coverage as well. “One particular phone call with a senior reporter from NDTV was the most notable. He had shot us down for a TV interview asking us “Why should we cover a repair shop like yours?” and I said, “Everyone talks about new car and luxury car launches and specs, but what about after sales? There was a serious black hole with regards to the right tools and information about maintaining luxury cars in India. That night we celebrated our biggest win,” says Alisha.

Rishab jumps into the conversation “India, back in 2012, was like what USA was in the 80s. The Germans had set foot in the American market and car sales were soaring, however the after sales service was dominated by dealers or the roadside unorganized players. Dealers on one end were expensive, while the unorganized market didn’t have the technical know-how about servicing and repairing these high-end vehicles.” This gave rise to quick service format repair shops like Valvoline Oil Change, Monroe brakes, and so on. They scaled up over two decades to 100s of shops between owned and franchised. This got him excited about the India opportunity.

“We executed three workshops, however employee retention, spares pilferage and other challenges made scaling up difficult. Few start-ups in this space such as Carnation, etc, raised lot of capital however weren’t successful with the brick-and-mortar concept. This being a cash intensive business posed challenges to scale up and thus we decided to look for other business options” explains Rishab.

Again, this car lover decided to venture into another automobile related arena. His experience working with Barclay’s post engineering helped him understand the money market. Always good with numbers plus combining his experience of managing Personal Loans and Auto Loans gave him the confidence to take the plunge. He came across a good opportunity in the CV financing area and soon launched his own NBFC, ‘Autonomy’.

He says “I spotted an opportunity to look at the Auto finance space again with an ex-colleague, which showed the large unaddressed opportunity in CV finance to underserved borrowers in the smaller tier cities. With dealerships, workshops and prior lending experience this seemed like the correct fit of business to be in.”

He teamed up with veterans from the CV financing space with a goal to provide superior service to customers through a tech enabled setup and scaled up to 15 branches between Maharashtra and Gujarat within three years. The Goliath is Shriram finance in this industry with an AUM of over 1,00,000 Crores, thus the opportunity is huge and ‘Automony’ looks to scale this business across the country in the next few years. 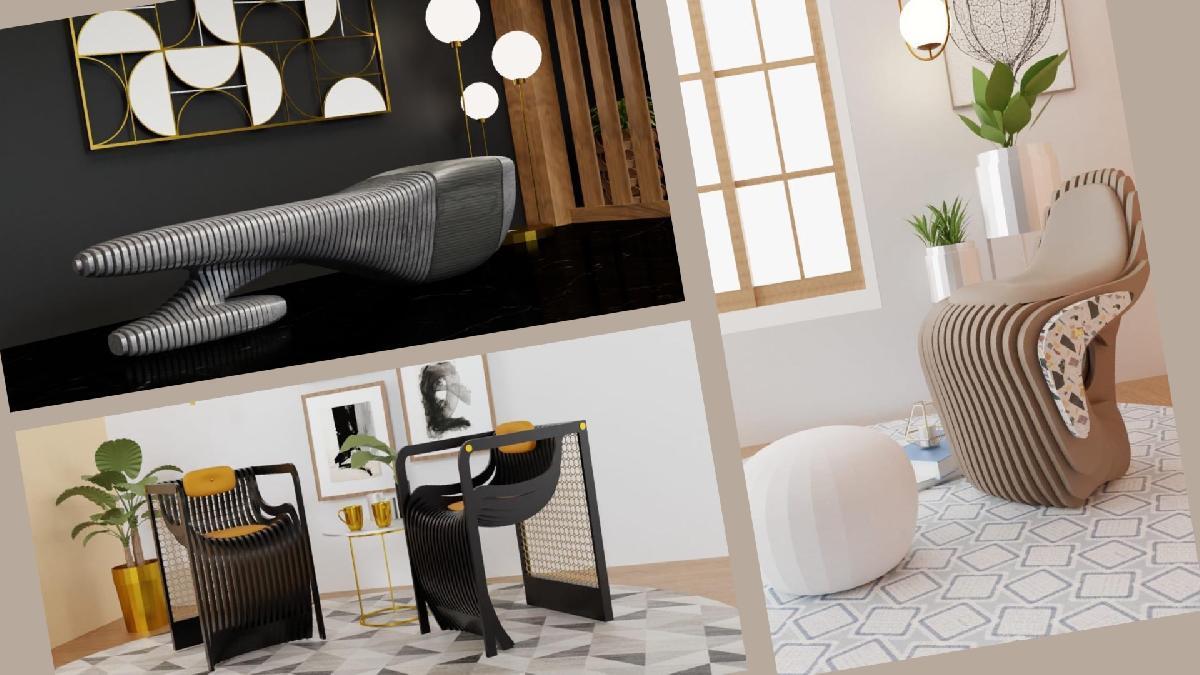 As Rishabh’s NBFC soared, Alisha had a eureka moment too. “My story with Arbor Décor, on the other hand, wasn’t that simple. While winding down the workshop business, we were left with a lot of car spare parts which caught my fancy. As I was assessing these parts, I noticed how beautifully they were shaped and decided to make automotive furniture with them,” she says.

"As we were winding down the car workshop, I was on a round assessing the left over spare parts of cars. There were some beautiful bearings and disks, German transmission parts and valves that caught my attention. Without wasting a moment, I rounded up a small team of technicians and asked them to pull out some pieces. Instantly I created a small table design in my head which I then put together in a matter of minutes. Rishab loved the table." Alisha recollects fondly, however, it had to be dismantled and scrapped. "I couldn’t stop thinking about the endless possibilities of all those parts laying on the workshop floor," says Alisha who had already begun toying with the idea of automotive furniture in her head and where her trajectory towards building products had already begun.

"I took up the idea with Rishab and we realised the acceptance of this category of furniture was very limited and restricted to a niche." After mulling over the idea and studying the market, Alisha decided to launch her own line of sustainable functional furniture – a collection of pieces that were apt for urban homes in Mumbai, pieces that had more uses than one. She called it “Functional Luxury,” using teakwood, steel in gold finish, plush tapestry, and a lot of unique finishes.

She  made her first collection commercially viable as a new brand in the already cluttered design industry. Cut to now, the new Parametrix collection is definitely at some level inspired by their combined love for cars. "With the Parametrix series we have moved beyond the language of straight lines, sharp corners and angles towards free forms, curves and aerodynamics, just like cars. Parametrix is in a way an ode to my deep love for cars,” says Alisha.

“I launched Arbor Decor in July 2018 and we’re ready to launch our second collection – Parametrix. We have taken the parametric form and completely stylized it to fit into urban homes. To make this collection seed deeper into the mindsets of homeowners and architects we have launched the Parametrix Augmented Reality feature where we help homeowners visualize and place our products virtually in any space. The furniture draws inspiration from the sleek lines and contouring of the luxury cars that we have worked with and love immensely “she explains.

Working together as a couple and business colleagues hasn’t always been easy and the dynamic duo have hit many a speed bump. However, Alisha says, that it has been a long, fulfilling journey which has led them to understanding each other at a much deeper level than just spouses. “We still joke about getting back to the service business because our love for cars doesn’t end here. In fact, now, our son who is almost three, has picked up on our passion for cars and is now a legit car lover himself,” says Alisha smiling.