Purchasing your favourite racing team or marque's merchandise can be the best way of showing your allegiance and owning a piece of an aspirational brand.

No, this isn’t a usual article about a car or a bike and its innards. This is actually about a part of the automotive industry that is often ignored – Merchandise.

The year was 2006 and I had been deputed to head for my first ever international assignment. It was a plum assignment too, especially for a dyed in the wool motorsport enthusiast. My job was to cover the F1 race in Bahrain and as a guest of Gulf Air, the title sponsor of the Bahrain GP, I had a free pass into the paddock club and the F1 village. The report was of course published subsequently and remains one of my most cherished features till date. However, I didn’t just come back with the 1,500 words that I put into the report and the photos, I also brought back a bagful of Scuderia Ferrari and Michael Schumacher merchandise. Years later, when I headed to the Catalan GP to catch a glimpse of The Doctor (Valentino Rossi) take the chequered flag it was the same story. I came back with an armful of VR46 merchandise. Turns out, I’m not the only one who shows his brand allegiance by purchasing merchandise.

According to a report carried by the American automotive magazine Road & Track in 2017, up to 30 per cent of Ferrari’s earnings come from sales of merchandise. As a matter of fact, the Italian car manufacturer has a rather unique approach to manufacturing and marketing. Instead of producing several units and then trying to find buyers for their products, they produce few units making them hugely coveted, which in turn makes people with the aspiration and the ability to own one, and part with humungous amounts of money to have a Ferrari in their garage. The rub off of this strange desirability generating mechanism is that the entire brand is seen as highly aspirational even though almost all of its cars are entirely unaffordable to anyone but those with an HNI tag. The brand has cleverly used this aspect to generate further profits for the company by creating a whole line of products that can be afforded by a much wider audience. As a result, you have a whole line of products that are produced by the car brand but have absolutely zilch to do anything with the car. So you can own a Ferrari cap, a t-shirt, a watch, cuff links, scale models of their cars, pens, and more. In fact, this rub-off effect is used by all highly aspirational automotive brands (both cars and two-wheelers) to great effect. 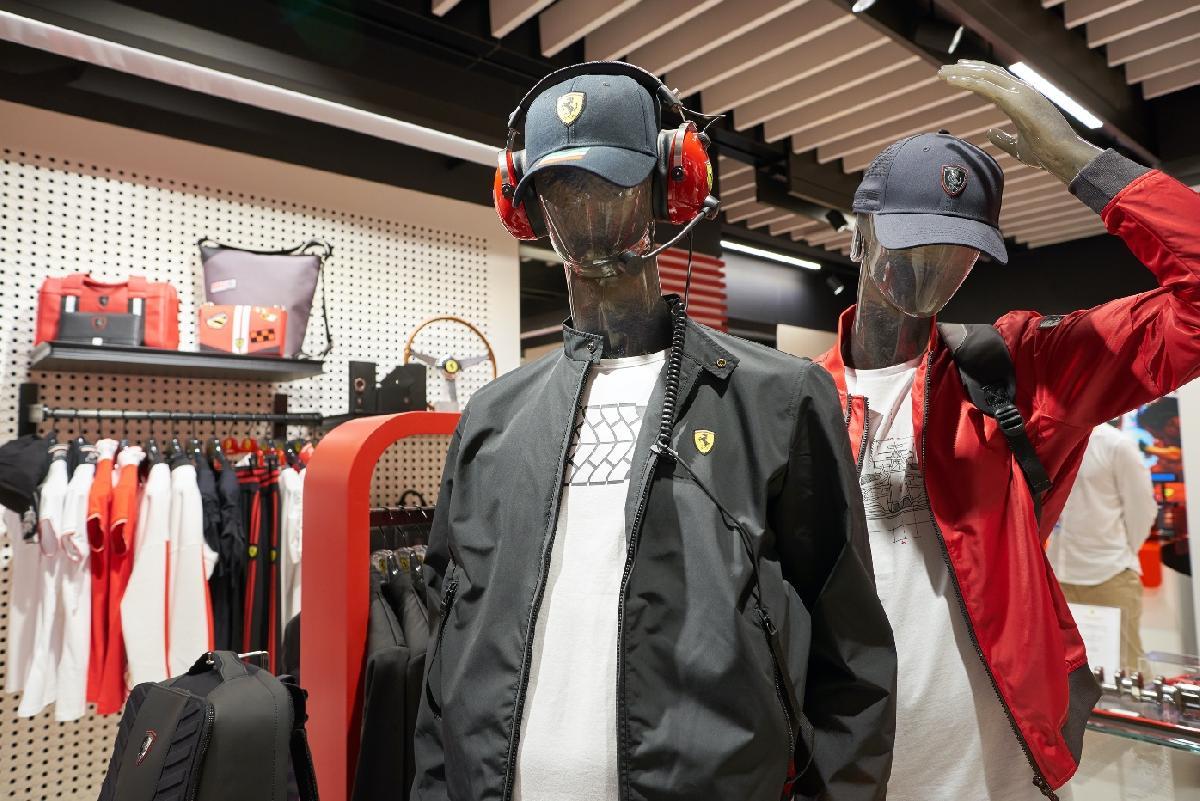 It isn’t just automotive brands either. Icons of motorsport, like Valentino Rossi, Michael Schumacher, Fernando Alonso and Marc Marquezall have their own brands of merchandise. Although none of them will give out exact figures as to how much of their net worth comes from sales of these merchandise, I’d wager that it would be a significant portion going by the transactions I have seen at stalls selling licensed merchandise at the various F1 and MotoGP races. Over and above that, there are the online stores that sell products, including nethergarments in the case of Vale fans, throughout the year and ship across the world.

Closer home, we can visit any Ferrari, Lamborghini, Jaguar or Porsche showroom and get our very own t-shirt, pen, mug or sunglass, but the two brands whose merchandise is most visible are Royal Enfield and Harley-Davidson. Digest this. Royal Enfield’s motorcycle line-up has a total of six motorcycle models, not including engine variants. However, the company has a merchandise line-up of 13 types of products with variations in each category of products. Not to mention, this pride and joy of our aatmanirbhar India has recently launched a brand-new line-up of women’s apparel. That is a huge step towards acknowledging, and then eyeing, a brand-new market for brand Royal Enfield, India’s fast burgeoning community of women motorcyclists.

Harley Davidson, meanwhile, sells about 13 different types of motorcycle but has a merchandise line up spanning a huge number of products. Men, women or children absolutely no one feel left out when they visit the store with the bar and the shield logo. Harley even has strategically placed stores that don’t sell motorcycles at all, just merchandise. I bet some of you will remember the Harley store at the Mumbai airport. 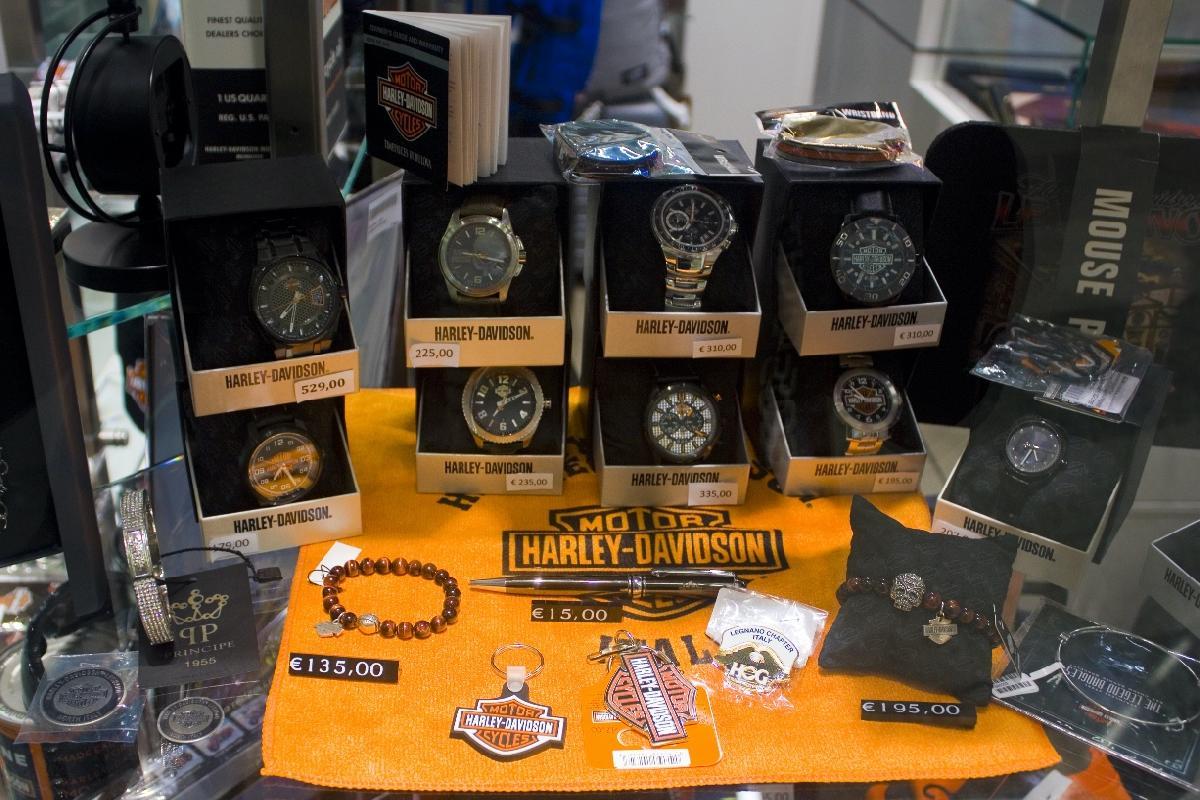 Now, anyone in the know will tell you that the actual contribution of merchandise sales to Harley's annual global revenue is small, hovering around 5-7 percent and no more. Yet this motorcycle brand is aspirational enough for its merchandise to have generated a significant US$ 237.6 mn in the year 2019. A year that actually saw a slump in sales. So one can only imagine how much of a money churner general merchandise is when things are bullish. Afterall it is far easier to get your little bike crazy boy a 1:18 scale model or a t-shirt or even a leather jacket than it is to part with INR 4.69 Lakh (Ex-Showroom, New Delhi) that you will need to acquire the most affordable Harley in India.

The beauty of this whole shindig is that it allows people with the aspiration but without the ability, to experience the brand. The result is an income source, and a significant one at that, which is different from the core business, for the company. You get to own a piece of the brand that you can’t really afford. They get to keep your money and your loyalty. Now, what could be a better example of a win-win?