A motorcycle for all seasons

Honda enters the 500cc segment in India with a light, agile and practical adventure motorcycle. Despite the Japanese manufacturer being late to the party, will the CB500X manage to disrupt the mid-size ADV class? Here’s what we think…

Last few years has seen an upswing in Adventure motorcycles, especially since the entry of the mid-size segment contenders, making them more affordable for many buyers. Honda is known for being extremely meticulous. The Japanese manufacturer waited, watched, analyzed and finally decided to enter the 500cc market in India. It has been present in this segment for a long time overseas, but what’s interesting to note is that they have decided to enter this class in India with an ADV, the CB500X, rather than the usual suspects like a sports tourer or a naked street motorcycle. Honda believes that this versatile soft-roader is also a comfortable tourer and a capable commuter. We find out whether the CB500X is a motorcycle for all seasons. 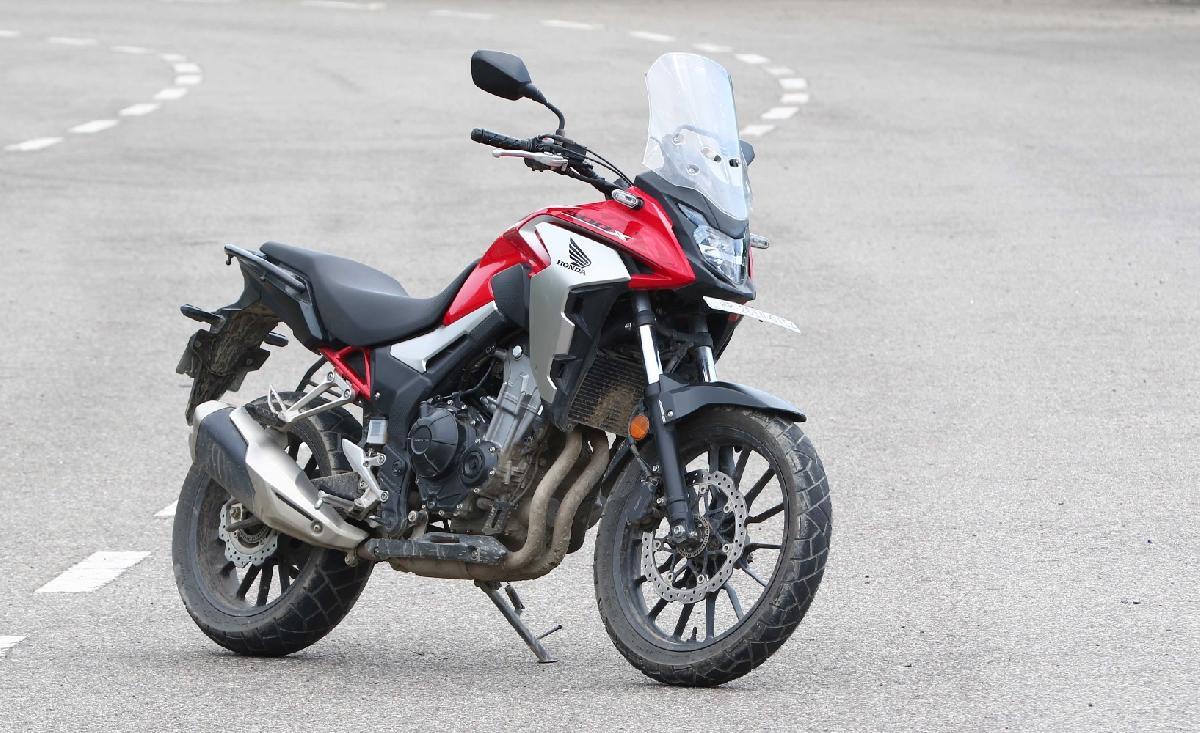 You can tell from a glance that the CB500X is an ADV with the typical beak front fascia, but what makes it less overwhelming than its competition is its slim and narrow-body structure, ensuring that it isn’t bulky or daunting for the rider. Another smart move by Honda is to make sure that the handlebars aren’t too wide as seen in most ADVs. This way it can negotiate slow-moving traffic effortlessly. 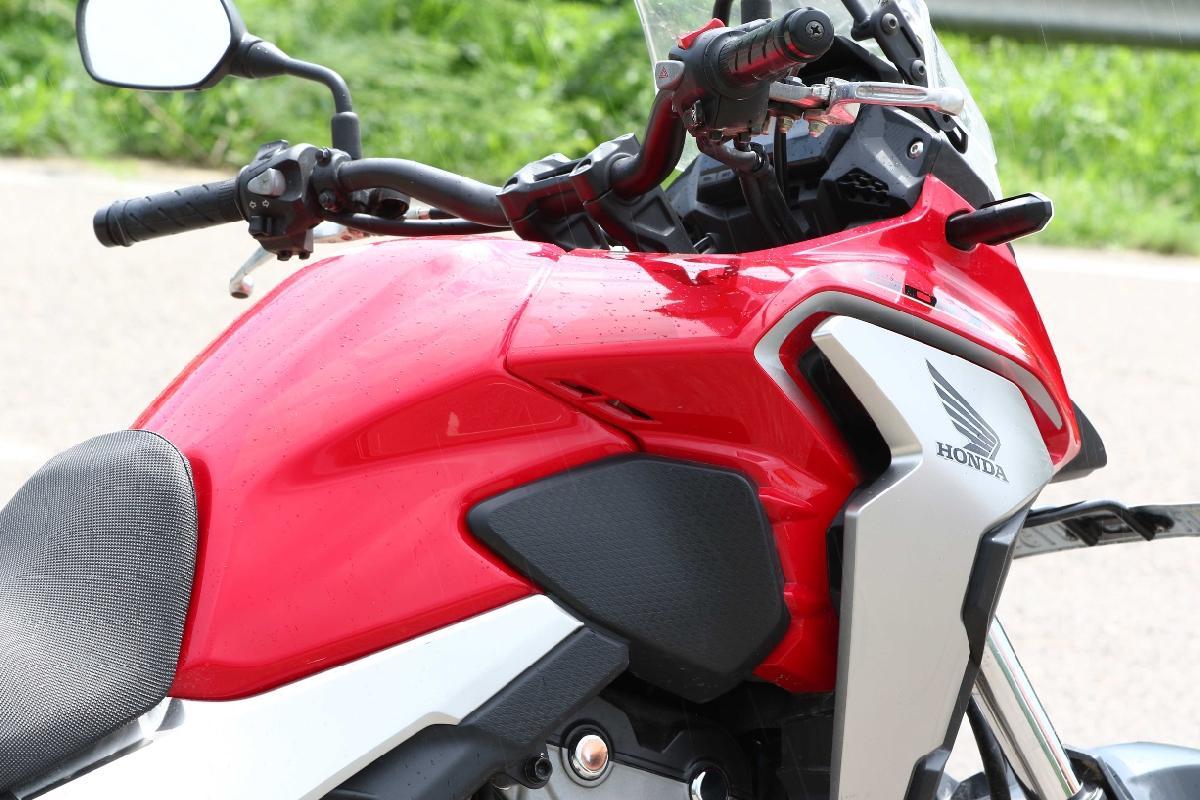 The CB500X received some intricate upgrades in 2019 further improving its ADV credentials by introducing a bigger 19-inch front wheel replacing the 17-inch one and longer suspension travel. With 41mm telescopic forks and Pro-Link rear mono-shock, the CB500X’s ground clearance is now increased to 181mm, reducing chances of bottoming out. Keeping in mind that it is a soft-roader, Honda has decided not to equip it with a sump guard. Even the rubber finished footpegs won’t offer additional grip, making them slippery to ride in wet or slush conditions. 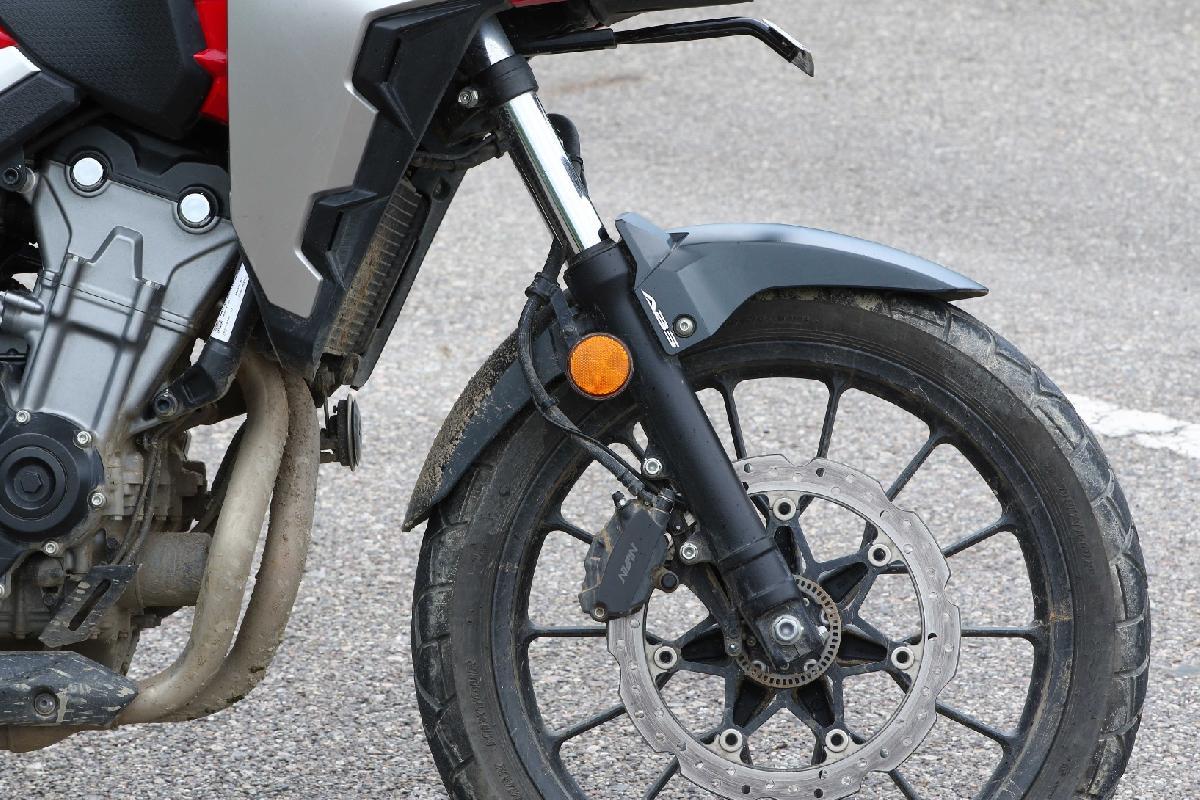 The new ADV’s lights are all LEDs with clear indicators and taillights. It comes with a two-way windshield that actually manages to stop wind buffeting, but you’ll need an Allen key to adjust it. 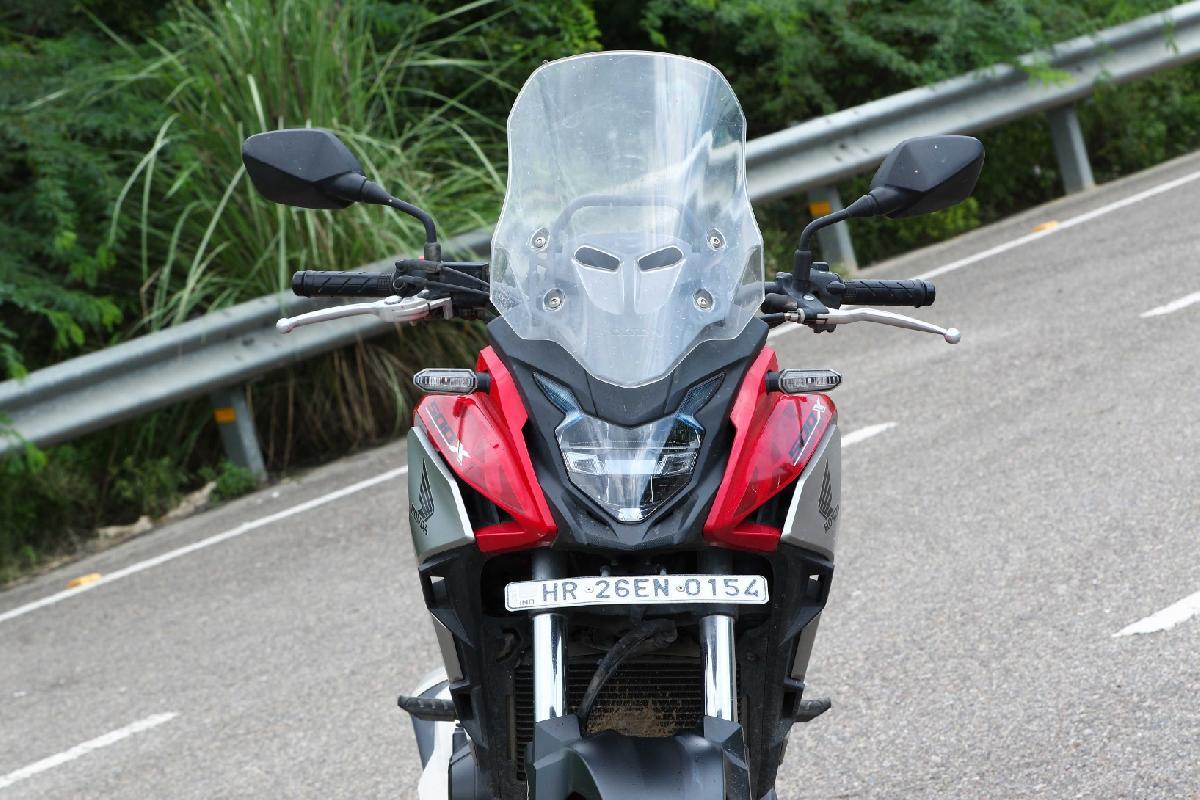 Honda has deliberately kept electronics away from the CB500X making it a simple yet capable ADV, but by doing so, have they missed a trick or two? We’ll let you decide that. It is equipped with the tried-and-tested cable wires instead of ride-by-wire. Though the CB500X comes standard with a dual-channel ABS, the rear ABS cannot be switched off which leads to rear-wheel spin while off-roading. It doesn’t come with traction control either, which infact the H’ness CB350 gets. It also doesn’t get multiple riding modes as seen on most ADVs. 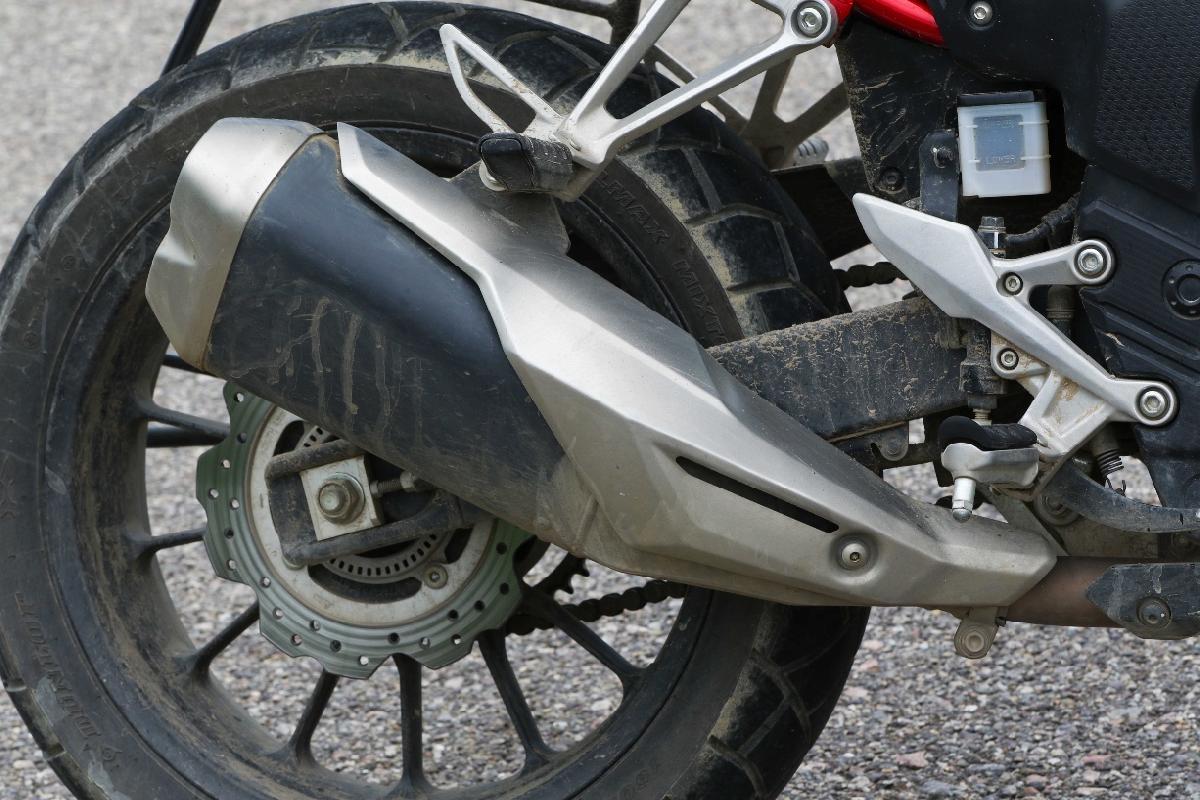 The CB500X get a simple LCD unit that reads out speedo and rev meter, fuel level and consumption, gear position and two trip meters. Don’t get us wrong, it does its job, but in this day and age when the competition is equipped with a TFT display, the LCD on the Honda looks dated. There is also a bracket above the instrument console where you can mount a GPS device or a GoPro. There is a 12V slot below, but the socket is optional as are the centre stand, bash plate and other protective gear. 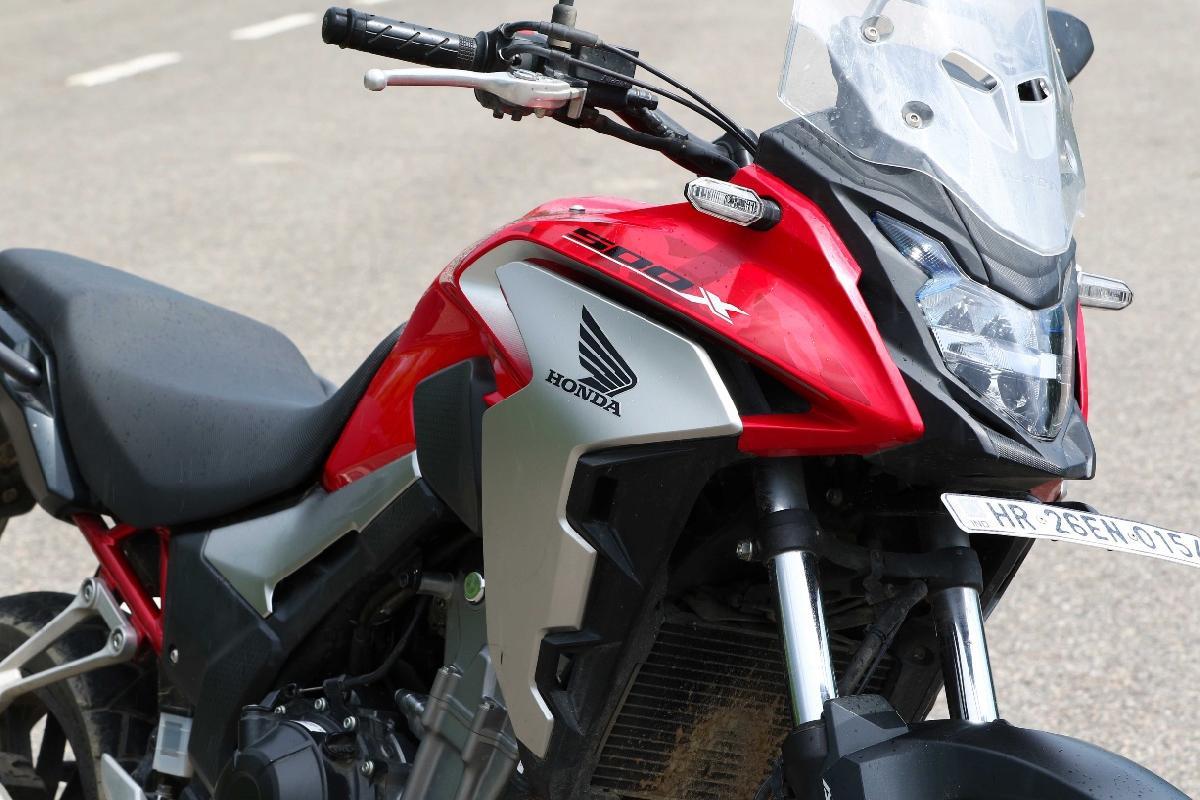 Honda’s known to manufacture smooth and reliable engines and the 471cc engine is no different. The twin-cylinder liquid-cooled powertrain churns out 47bhp which may not sound very inspiring but trust us… once you fire up the engine and twist the throttle, all the figures go flying out of the helmet as it feels a lot more responsive and peppier than what you would expect. It has a linear power delivery and canters at the low and mid-range bands as the torque kicks in as early as the 3,000rpm mark. The CB500X not only offers spirited acceleration, but it also manages to hold its pace once it hits the top power range band, where the speed tends to taper off on other motorcycles. 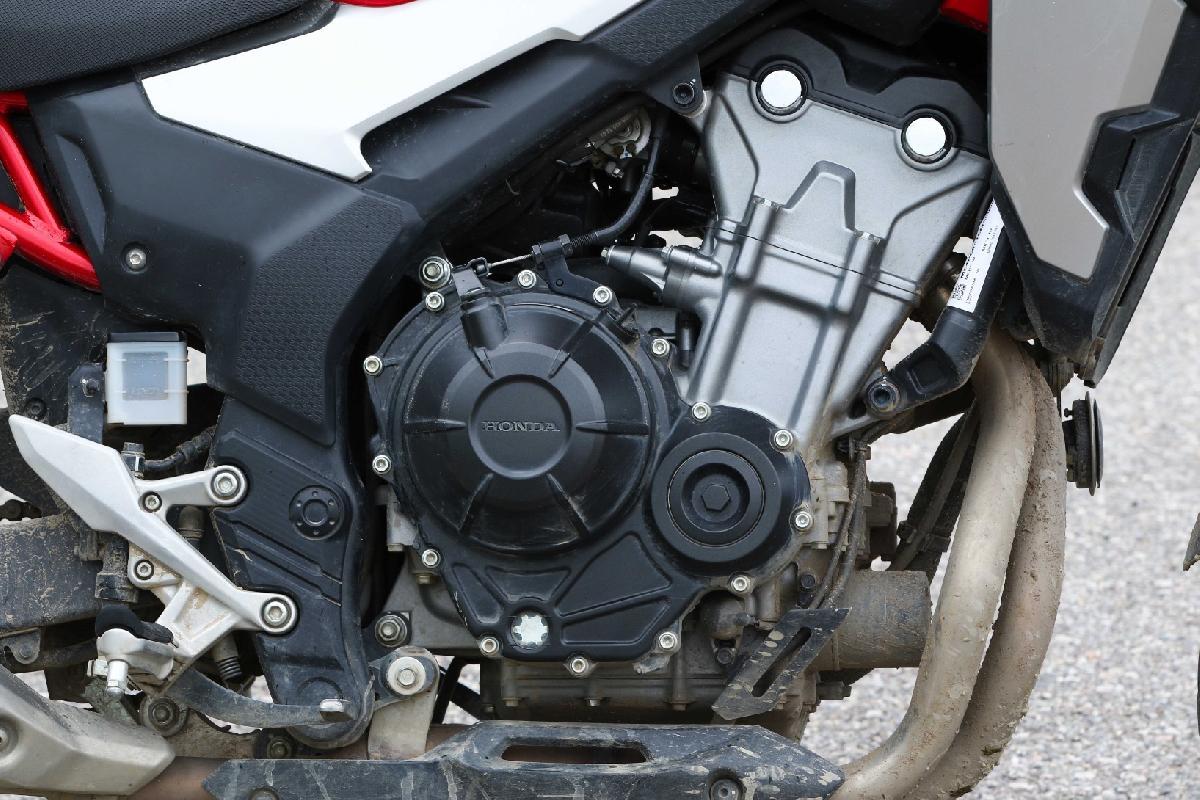 The CB500X is mated to a new 6-speed gearbox, which is very smooth. It doesn’t cough out any false gearing and easily locates neutral. Honda has also equipped it with a slip-and-assist clutch making it featherweight and a boon to ride in start-stop traffic.

Like any ADV, the CB500X offers a tall and dominating riding stance. The saddle’s height is 830mm, making it accessible for most riders. The seat is broad and comfortable for both the rider and the pillion. The seating stance is straight, ideal for both long-distance rides and city commute. As mentioned earlier, the handlebars aren’t too wide like in most ADVs making it easier to manoeuvre in city traffic. The footpegs, on the other hand, are pushed back slightly, but again, there is no stress or discomfort for the rider. 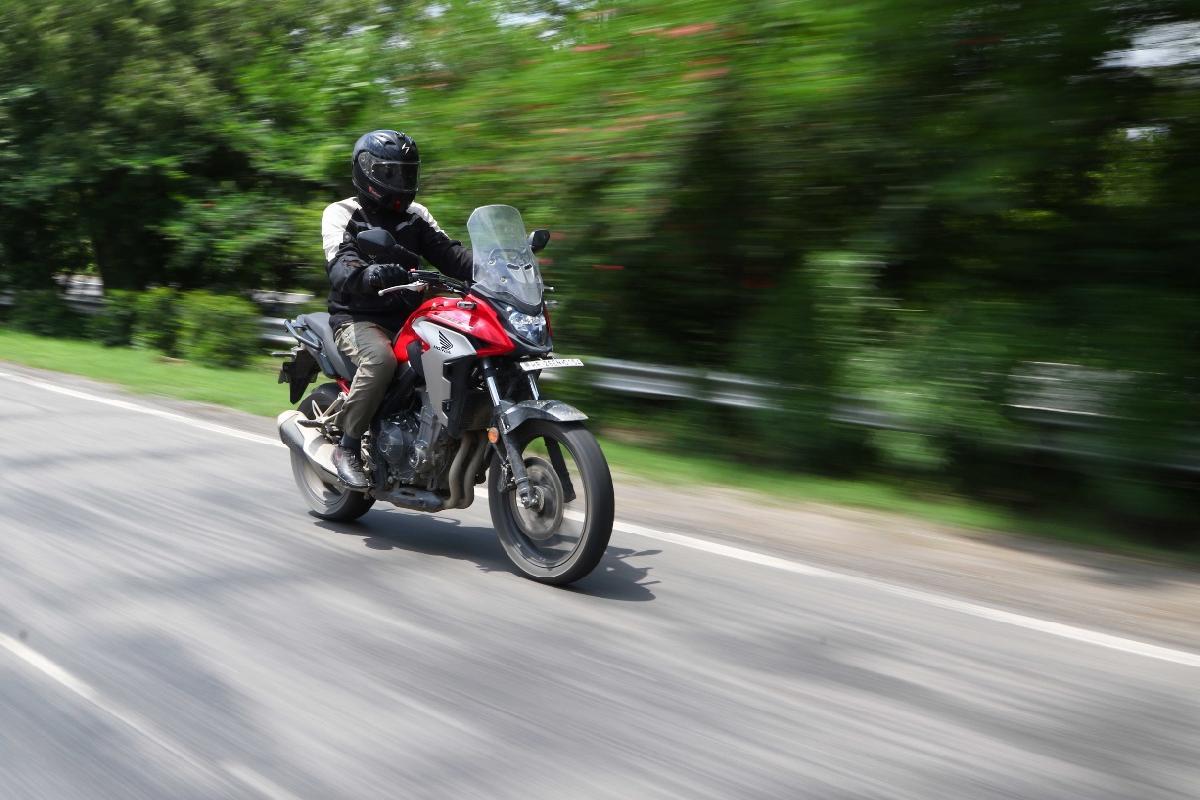 So, how does the CB500X handle? Honda has got its weight distribution spot on. It’s happy to sweep past corners with full authority at the same time you don’t feel the 199kgs weighing in on you. It remains planted and composed on dirt or gravel tracks, but on more challenging conditions like mud and slush, that’s when the semi-knobby tyres start losing their grip. On the other hand, on the tarmac, on the highway or in the city, it feels completely at home. It feels like a comfortable street motorcycle with an imposing riding stance. 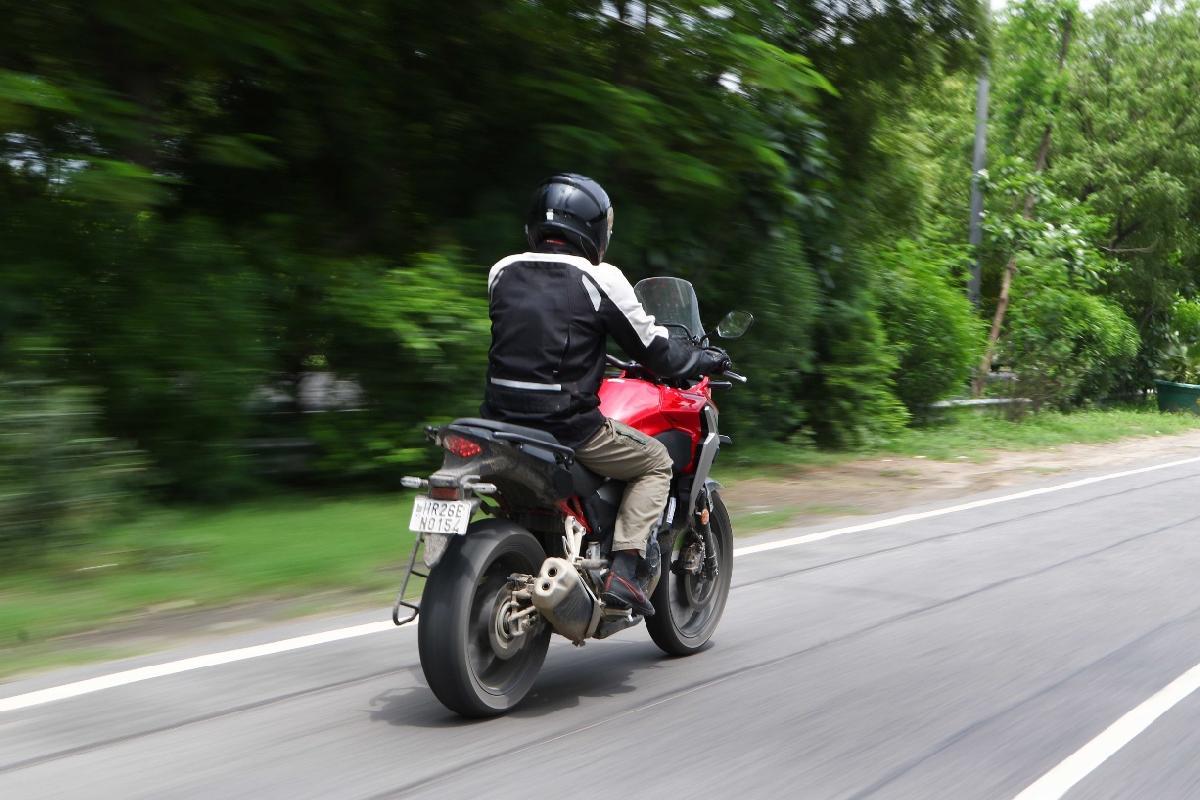 We agree with Honda that the CB500X is a versatile motorcycle that blazes over dirt tracks and is confident on the tarmac. When it comes to fit and finish it’s right up there and one can’t really find a flaw. Be it the ride quality or the saddle, comfort is key. It is a lot faster than the specs reveal, so don’t get stuck on the numbers. Yes, it doesn’t come with the electronic features that one has come to expect these days with ADVs, but you really don’t miss them. It is one of the easiest motorcycles to ride and is a must-buy for riders looking to upgrade to the mid-size segment or even purists who enjoy riding a capable bike without any unnecessary technology marring the experience. 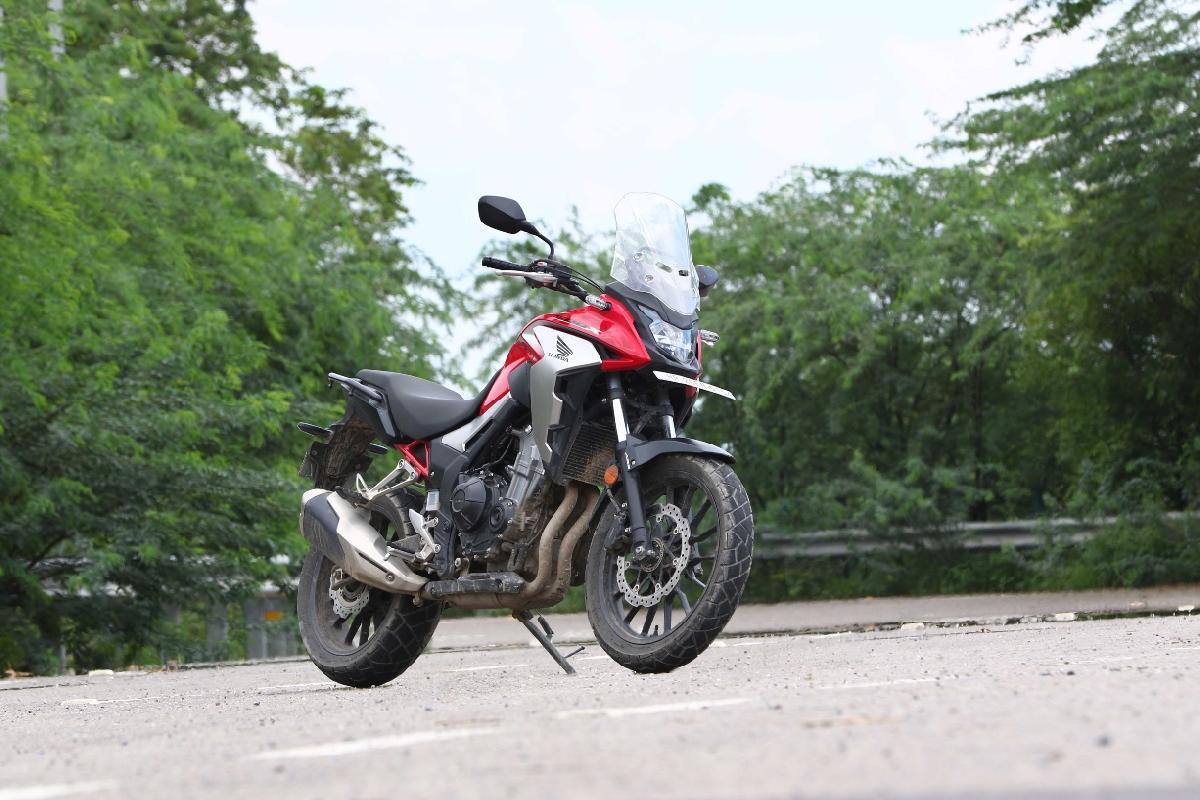 We recommend this multifaceted motorcycle to those who are in the market to buy an ADV for adventure trails, long tours and commuting in the city. However, there is that dreaded sledgehammer price. Honda has priced the CB500X at INR 6.87 lakhs, ex-showroom Delhi, making it almost INR 8 lakhs on-road. That’s simply too expensive when it faces some fierce competition from the likes of the Kawasaki Versys 650, the more expensive but state-of-the -art Suzuki V-Strom 650, and the affordable yet capable Benelli TRK 502. It might be wishful thinking from our side but we really do hope that Honda is planning to do a price correction sometime in the near future for this near perfect ADV bike.