VW Polo 1.0 TSI is big on both, performance and fun.

VW Polo has been a much-loved premium hatch and has enjoyed a lot of success in India thanks to the varied engine options that it has boasted of through its decade-long presence in India. At the last count it was nine! Having been around for quite a while, it now receives the 1.0-Liter TSI engine. What's new about this engine? Well, we took it out for a spin just to tell you all about the thrills that it has on offer.

First things first, the looks. No drastic changes on the Polo besides the honeycomb grille that flaunts a chrome strip at the bottom, in the middle of which the VW logo occupies pride of place. The honeycomb design is also present in the form of decals on both the door panels which adds a bit of quirkiness to the hatch. The rear door carries the words TSI Power which lets you distinguish it from the other Polos. 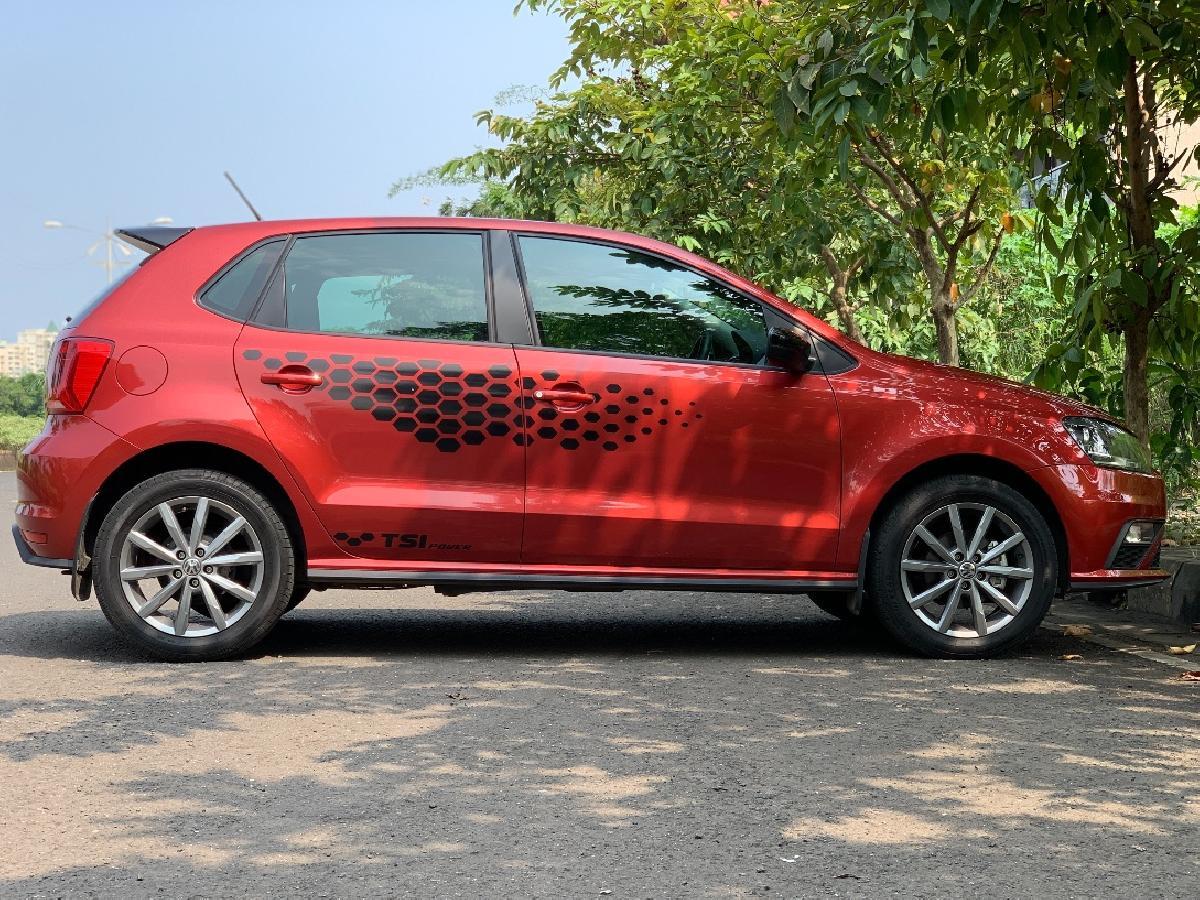 Of course, the TSI badging is also present at the rear. The Polo gets double-barreled headlamps but LEDs get a miss, and so you have to make do with halogens instead. The fog lamps too are halogens. 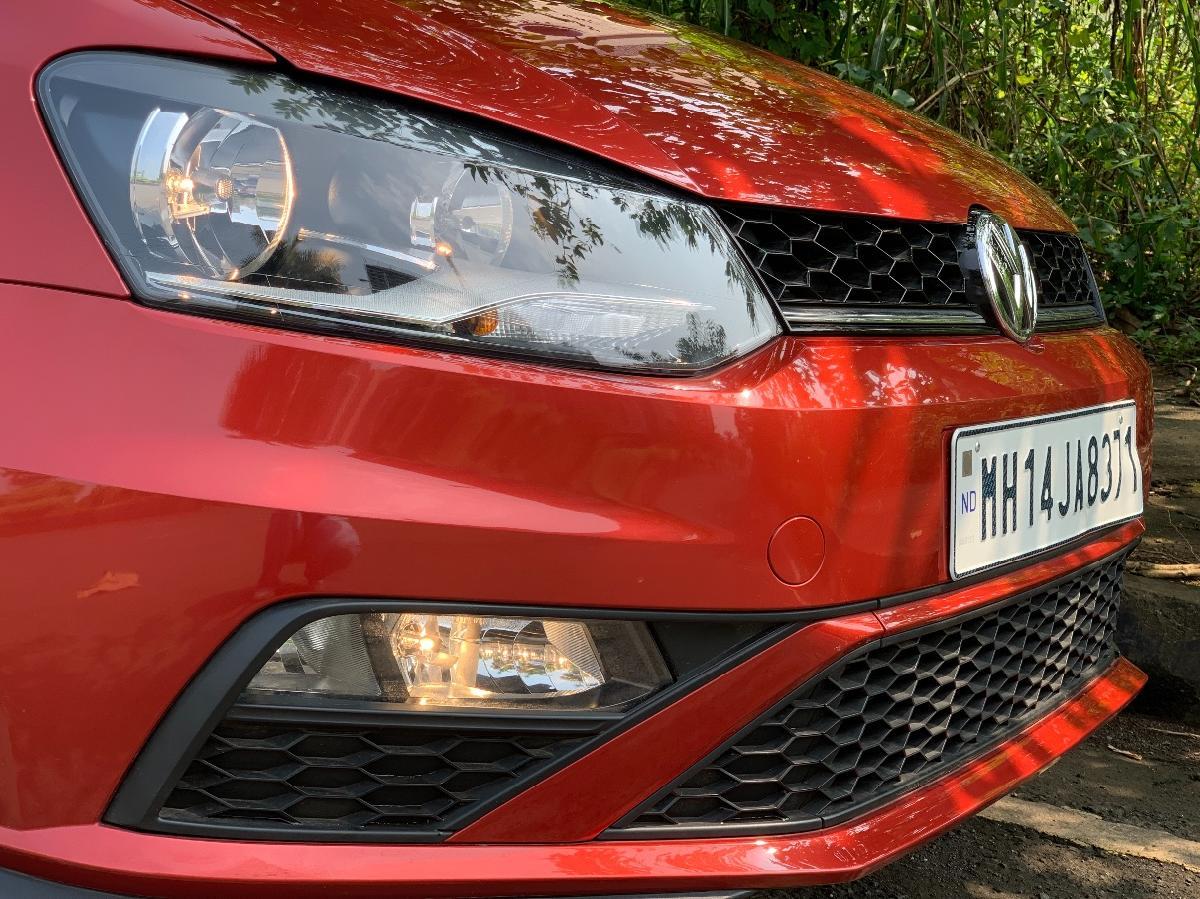 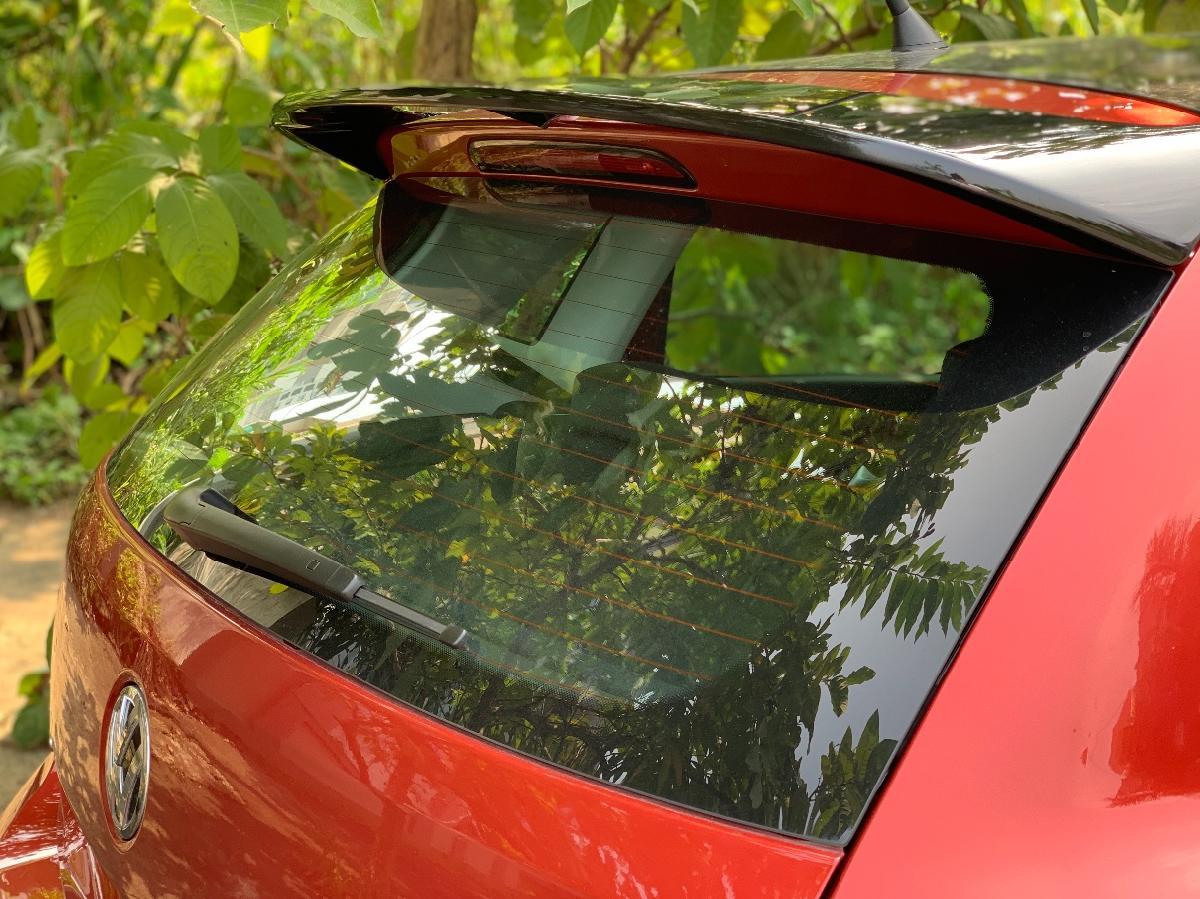 Not to mention the 16-inch 10-spoke alloys that complete its sporty look. 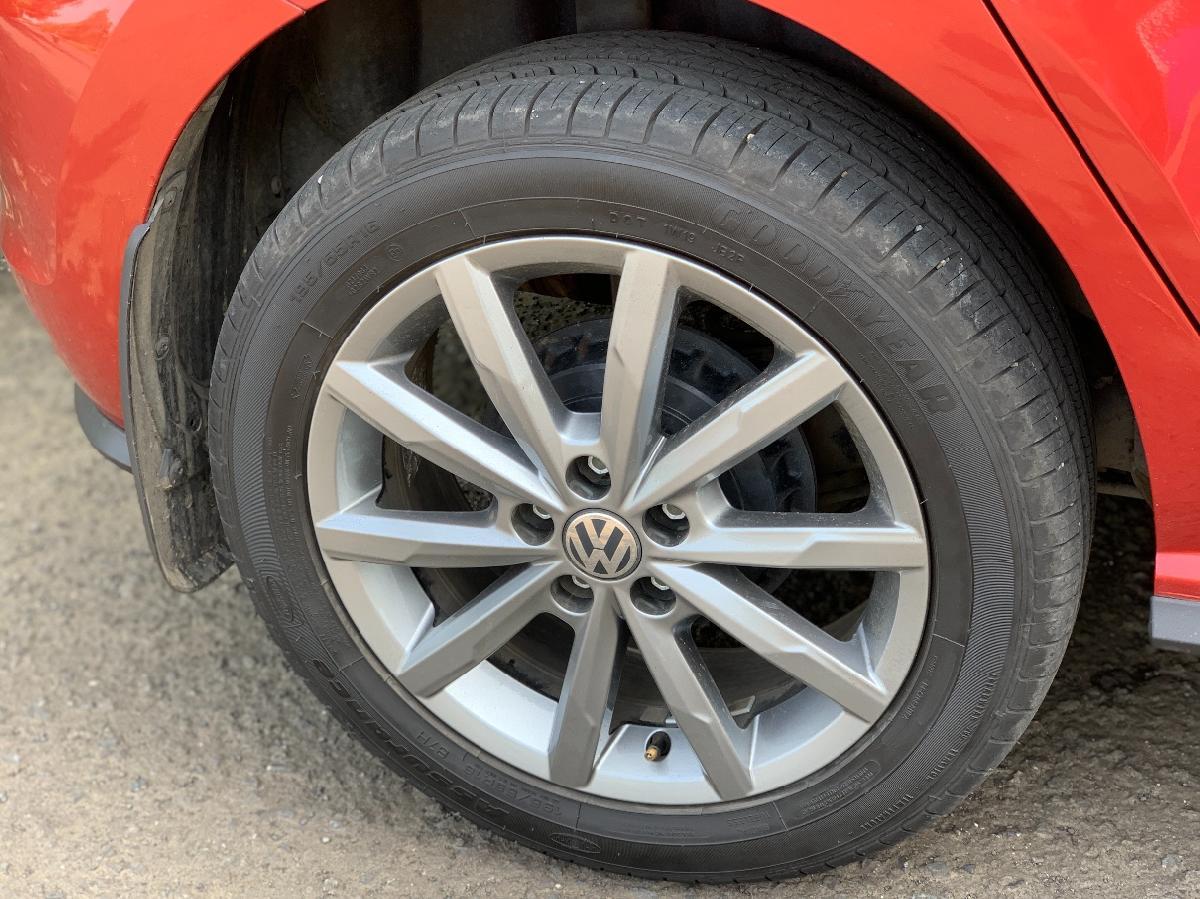 But overall, the Polo’s design remains pretty much unchanged, barring a few tweaks, (such as the extra cladding that it now sports on the sides and at the rear), which, frankly, isn’t such a bad thing because most of us have loved the Polo over the years for its robust build quality, well-proportioned and no-nonsense exterior design.

On the inside, not much has changed either. What you get are the familiar dark interiors in terms of dash and upholstery. The seats have a red stitching running through them for the sporty feel. 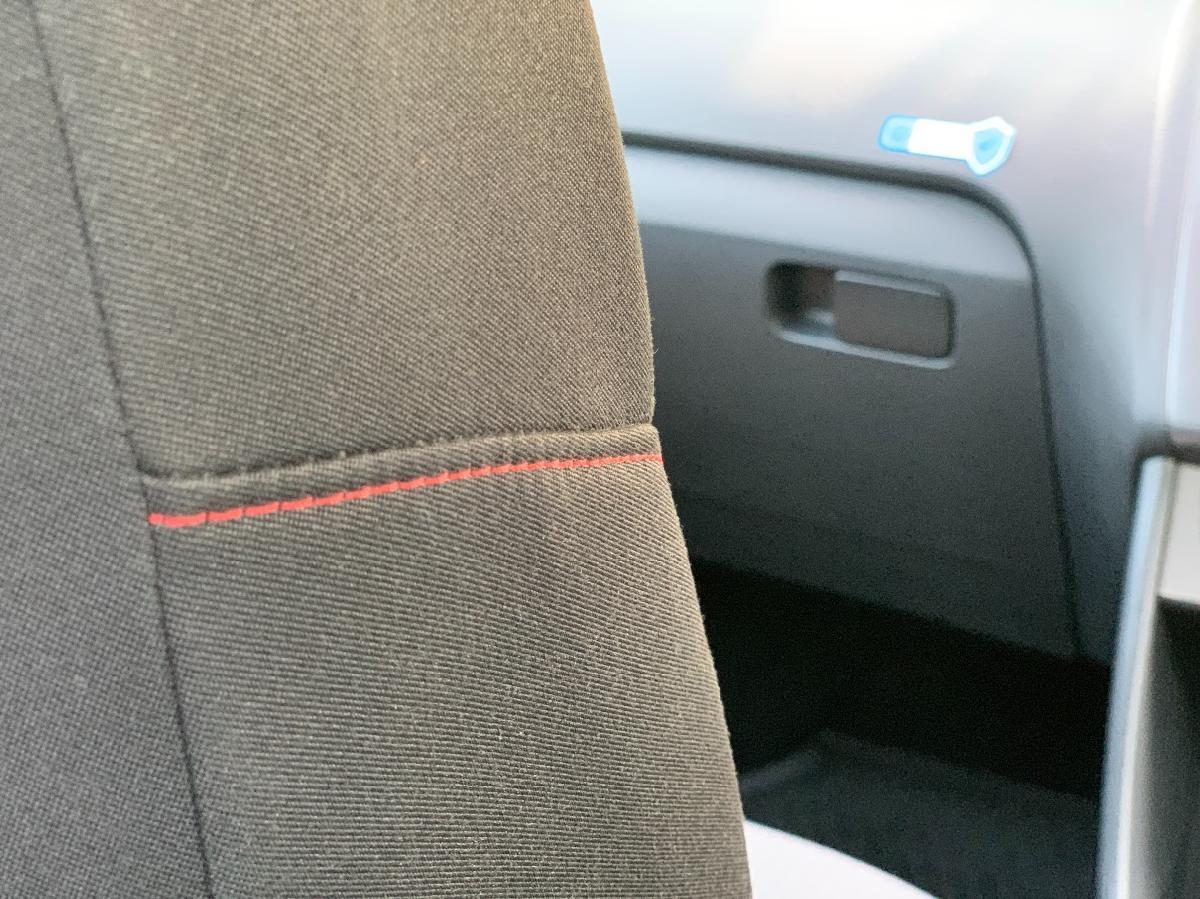 While ‘familiar’ is always comforting, maybe, it is time VW spruced up the Polo’s interiors which are beginning to look a bit dreary, and not merely because that is where we end up spending so much time, but also because competition is fast catching up. For instance, the Polo could do with a contemporary infotainment system with a bigger touchscreen because the current 6.5-inch one is beginning to show its age. Ditto for the MID. In fact, we would love to see a larger MID on the Polo. Also, wireless charging would definitely be a nice touch. However, having said that, important tech such as Apple Carplay and Android Auto have made it to this TSI edition. There’s also a cooled glovebox for your soft drinks and chocolate bars. The dials, are easy to read so, clearly, it isn’t all gloom and doom on the inside. Oh, and the Polo now gets an armrest with storage space on the inside. It isn’t the best angled armrest out there but, we sure are glad to see one. The 280 liters of bootspace isn’t much but it will hold a few travel bags easily. What we would have liked is some kind of illumination in the boot though. 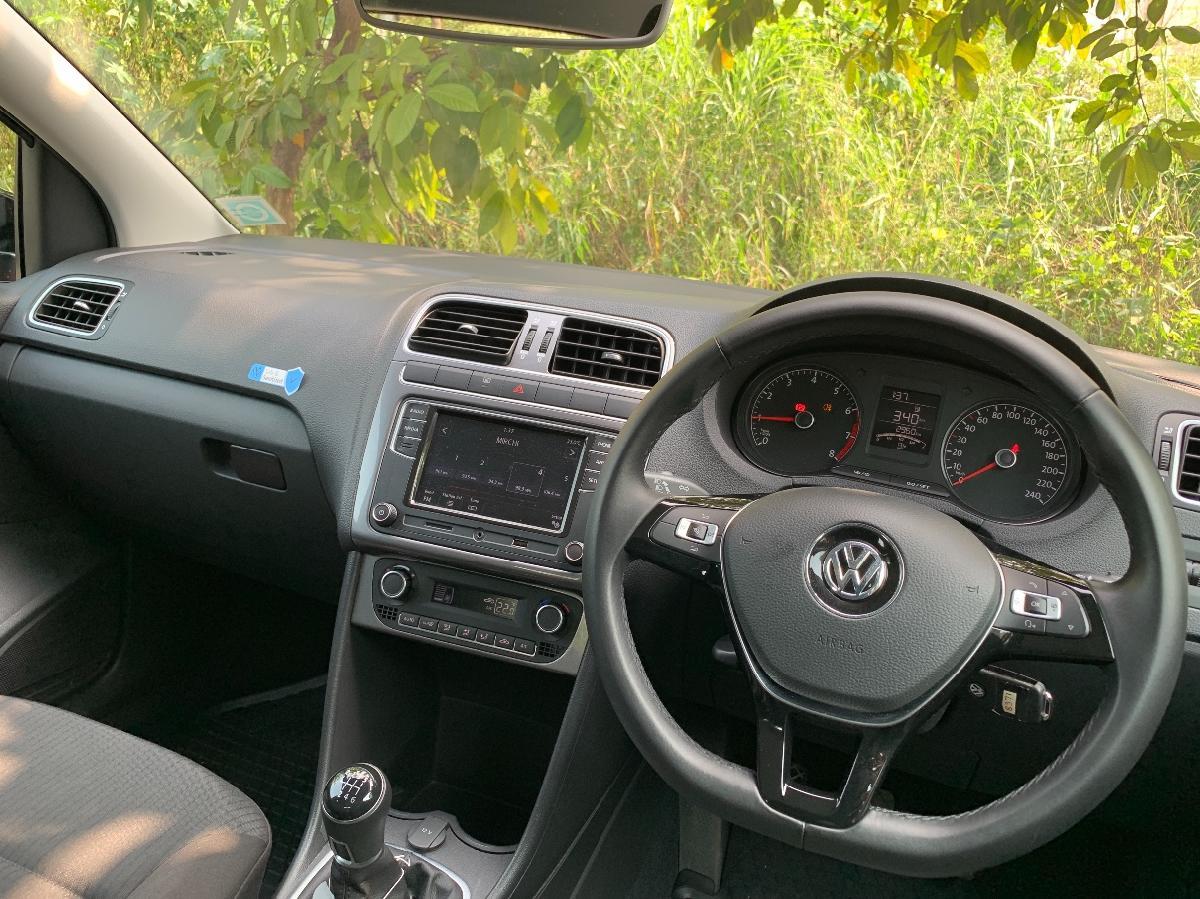 The Polo gets a 3-cylinder 1.0-liter TSI engine that belts out 109bhp @ 5000-5500 rpm and 175 Nm of torque @ 1750-4000 rpm. (It is the same engine that now powers the Skoda Rapid as well.) What is new on the Polo this time around though, is the six-speed manual gearbox which is what a lot of driving enthusiasts have been waiting for. With a claimed fuel efficiency of 18.24 kmpl (ARAI figures), it does make for a very practical and promising hot hatch.

The 3-cylinder, 1.0-liter TSI engine is punchy and responds beautifully to even the slightest throttle inputs. As power starts building up, and as you go up the rev meter, especially past the 2500 rpm range, you actually realize how much fun this new Polo is, and not just thanks to its super slick gearshifts with short throws, but also because of the sheer performance which is best demonstrated at the top end as you get closer to redlining the car around the 6500rpm mark. That is when you truly experience this glorious engine at its best. Of course, the engine is pretty audible too but in a nice way with the decibels increasing in a synchronized manner with the speed. Music to our ears. What we liked was the fact that the Polo doesn’t sport a featherlight clutch, in fact, this balance, of it being neither too light nor too heavy, just further adds to the hot hatch’s driving pleasure. Did we mention that it also gets a dead pedal, which is always a good thing to have in a car, as any driving enthusiast will tell you. While the light, flat bottom steering makes up for convenience, it doesn’t quite give the best feedback from the road, but then, that is certainly not a dealbreaker. 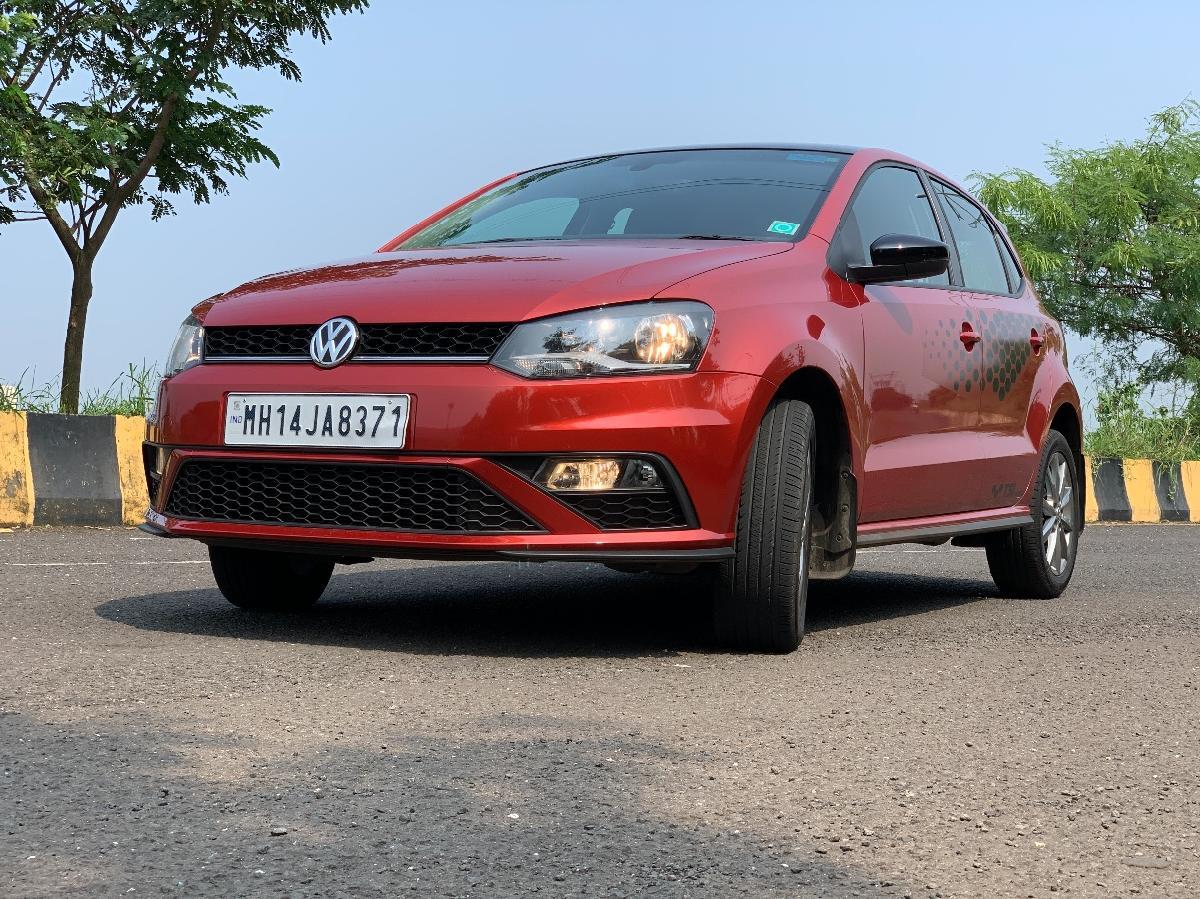 The gear knob feels great to hold and slot, and it does make the overall experience of driving this 1072 kg, 9.97 second (0-100) hot hatch quite an enjoyable one. We loved the brakes which had good bite and the suspension setup though on the slightly stiffer side offered a good ride quality even on uneven surfaces. We loved speeding in it and chucking it into corners at breakneck speeds and seeing how it remained so well-poised at all times. 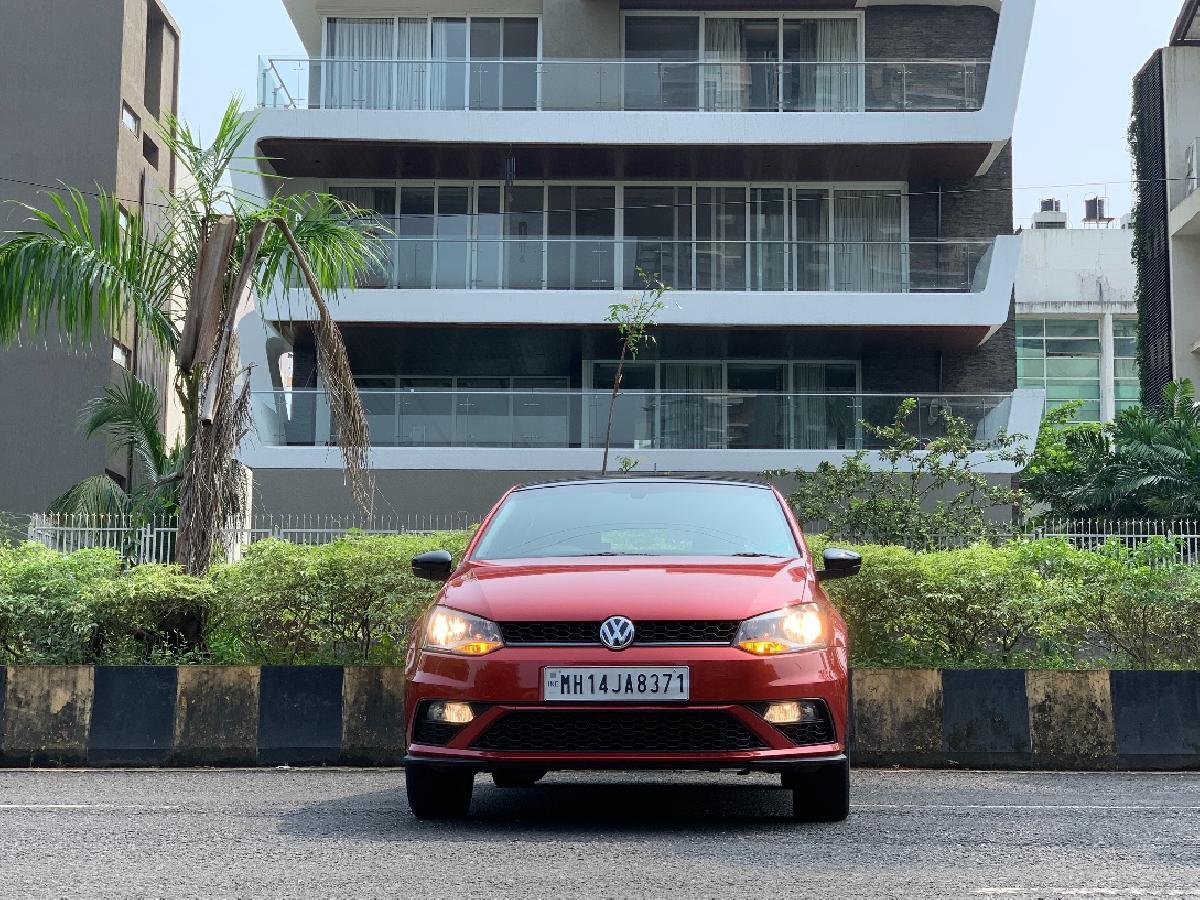 The VW Polo 1.0 TSI is an out and out driver’s car and it is indeed a delight to drive. So, if you’re in the market for an INR 8 lakh hot hatch, the Polo, is something that you should definitely be looking at especially, if you’re all about driving and performance. Sure, there are other newer choices out there now, but lest you forget, the Polo comes with superb build quality, classy European styling, and a different dose of fun now, all of which truly make you want to fall in love with this hot hatch, in its reinvented engine avatar, all over again.