Return of the King

The big bad Hayabusa returns and is now fully loaded with features that will shame many. Does it still hold its legendary cult status? Let us fire up the afterburners and find out.

If history has taught us anything it is that every era comes to an end and sadly that is true of the golden age of the larger-than-life sports tourers. Thankfully, Suzuki, has reintroduced the iconic GSX1300R Hayabusa. Yes, it doesn’t have any direct competition anymore as Kawasaki decided to retire its arch-nemesis the Ninja ZX-14R last year. Like many motorcycles, the 2021 Hayabusa’s power output has reduced fractionally due to the strict BS6 emission norms, but does that make any difference in the real world? Let us find out. 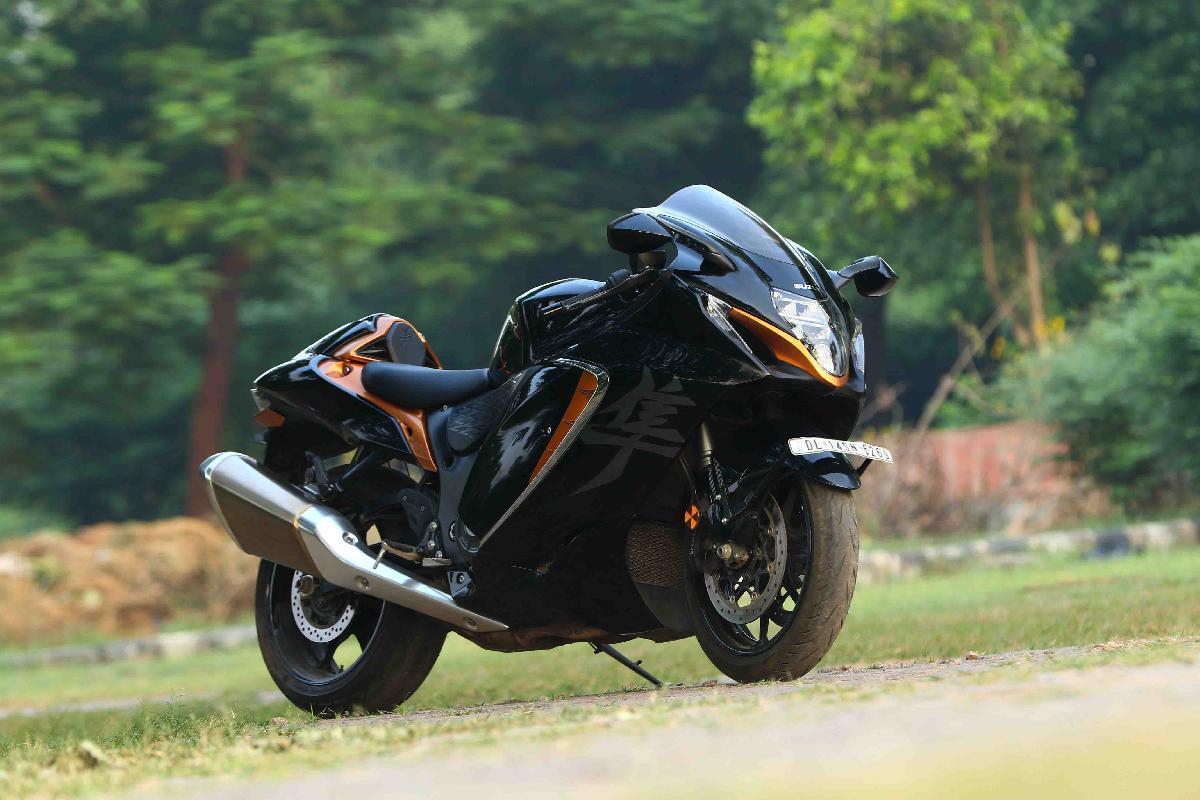 Suzuki has retained Hayabusa’s unique design which is based on the peregrine falcon as this makes it one of the most recognised sports bikes in the world and very popular in India. The new Hayabusa does look chiselled and has managed to lose some weight. The front fascia looks sharper and now houses vertically stacked LEDs and projector headlamps along with fang like daytime running lights which double up as indicators. 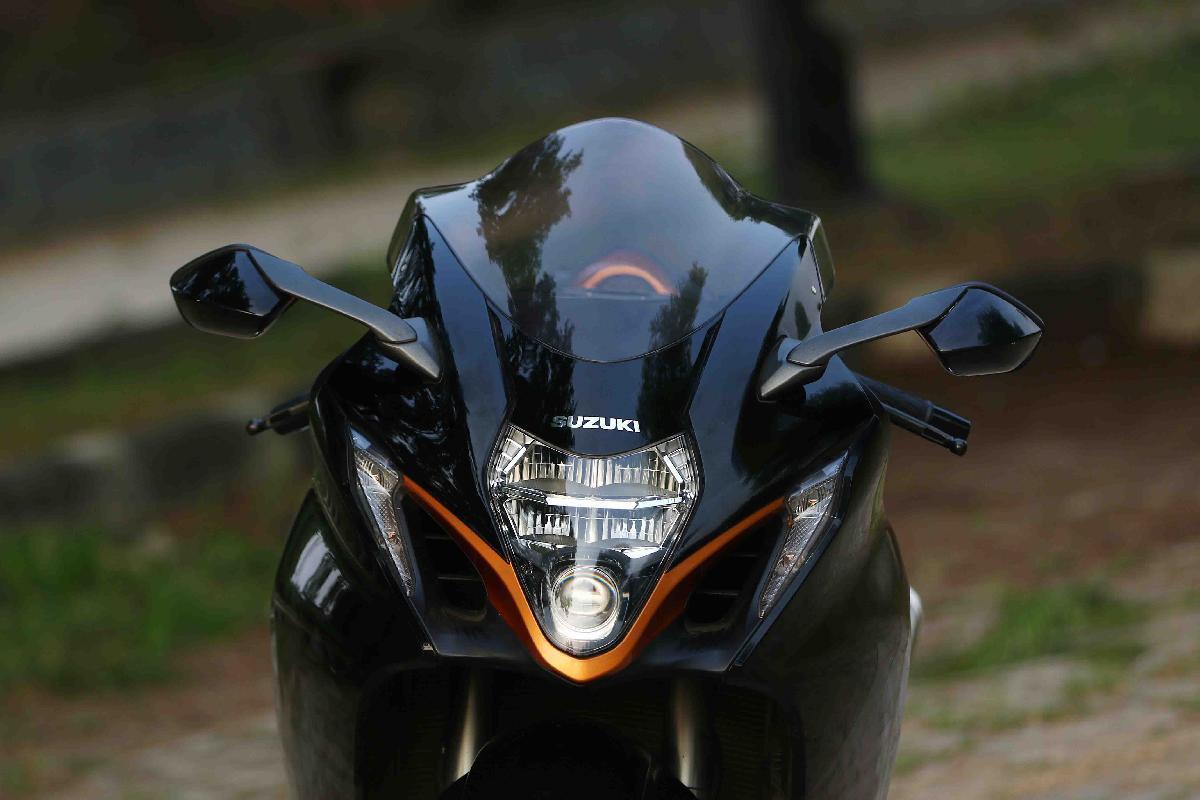 The Hayabusa continues to flex its muscles with a colossal fairing, which now gets a chrome finish and new air intake to keep the engine cool. Its silhouette continues to hold a road presence like no other sports tourer, while the saddle height has been lowered from 805mm to 800mm. Suzuki has also moved the handlebars 12mm closer to the rider, making it more forgiving on the wrists. 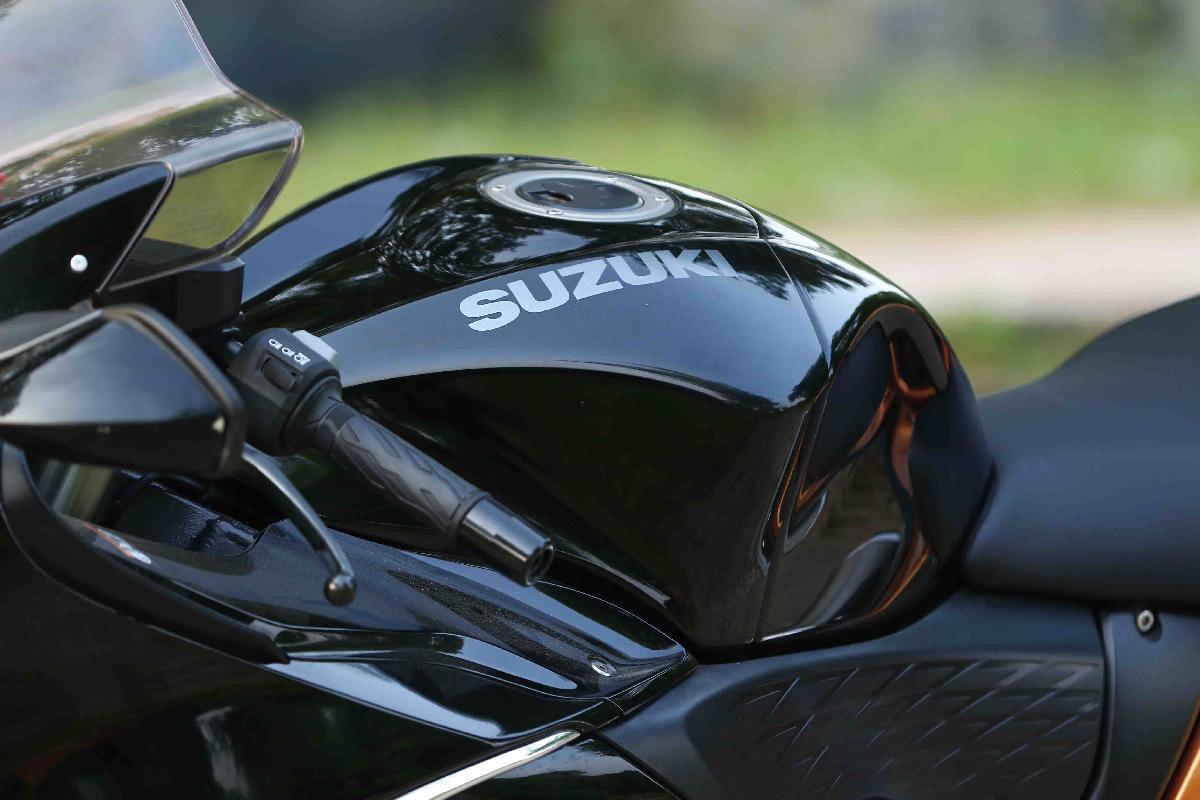 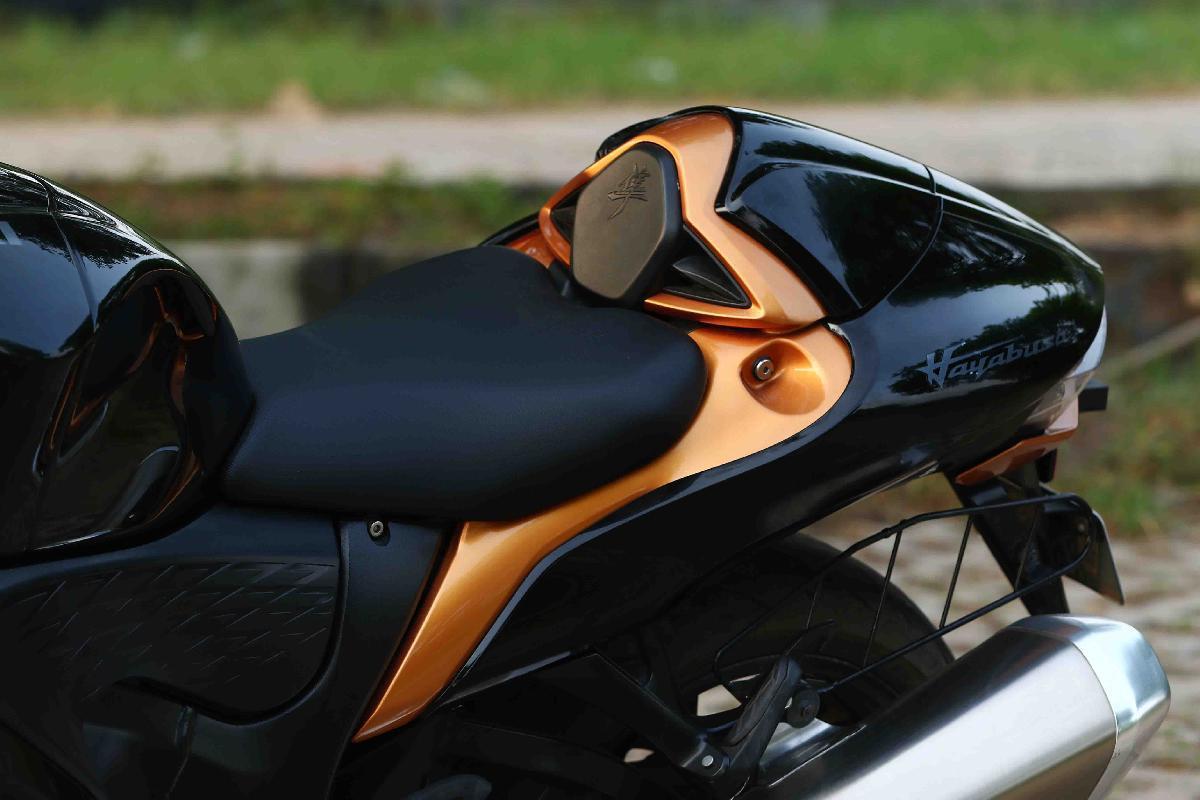 The Hayabusa may have an evolutionary styling update, but if you scratch the surface it reveals a state-of-the-art sports bike that is equipped with a new 6-axis Inertial Measurement Unit (IMU) from Bosch. Besides, the great falcon also comes with some advanced electronics. 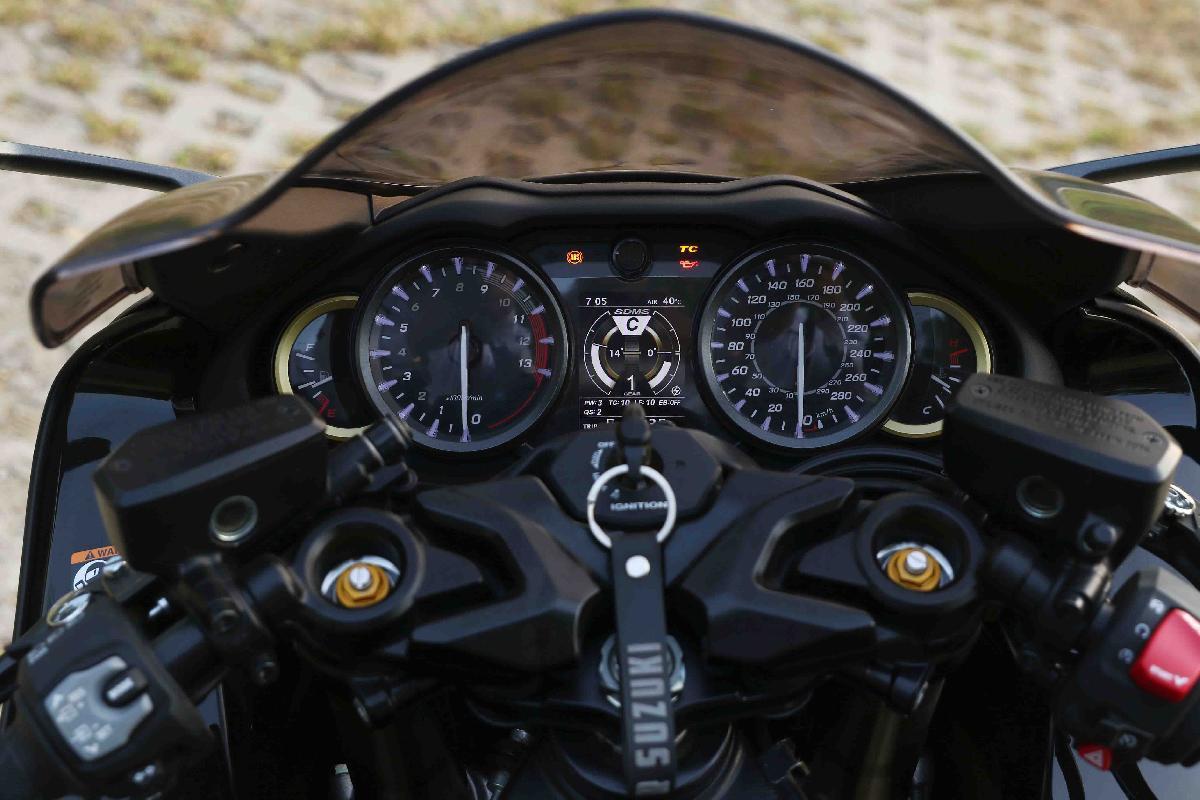 There are 10 settings for traction control and there is an anti-lift control system to avoid accidental wheelies, six riding modes — Active, Basic, Comfort and three user-customized modes, three power modes — Race, Daily Ride, and Wet conditions, three launch control and engine brake control modes, Bi-directional Quick Shift System, Hill Hold Control and Ride-By-Wire throttle. It also boasts some segment-first technology like Active Speed Limiter and Emergency Stop Signal. This long list may sound quite overwhelming, but with new and easy to use switches, it becomes second nature once you get used to the modes. 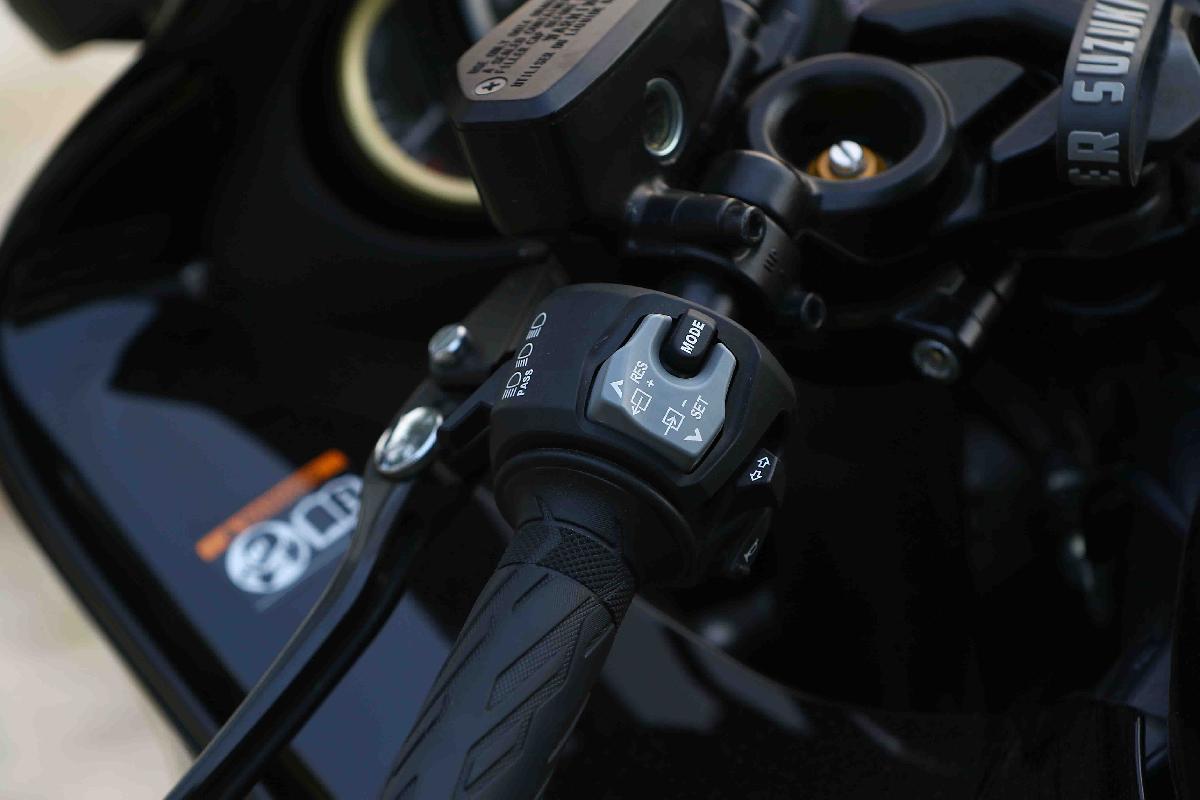 The secret behind Hayabusa’s legendary status is its 1,340cc naturally aspirated in-line 4 engine, which continues to be its heart. 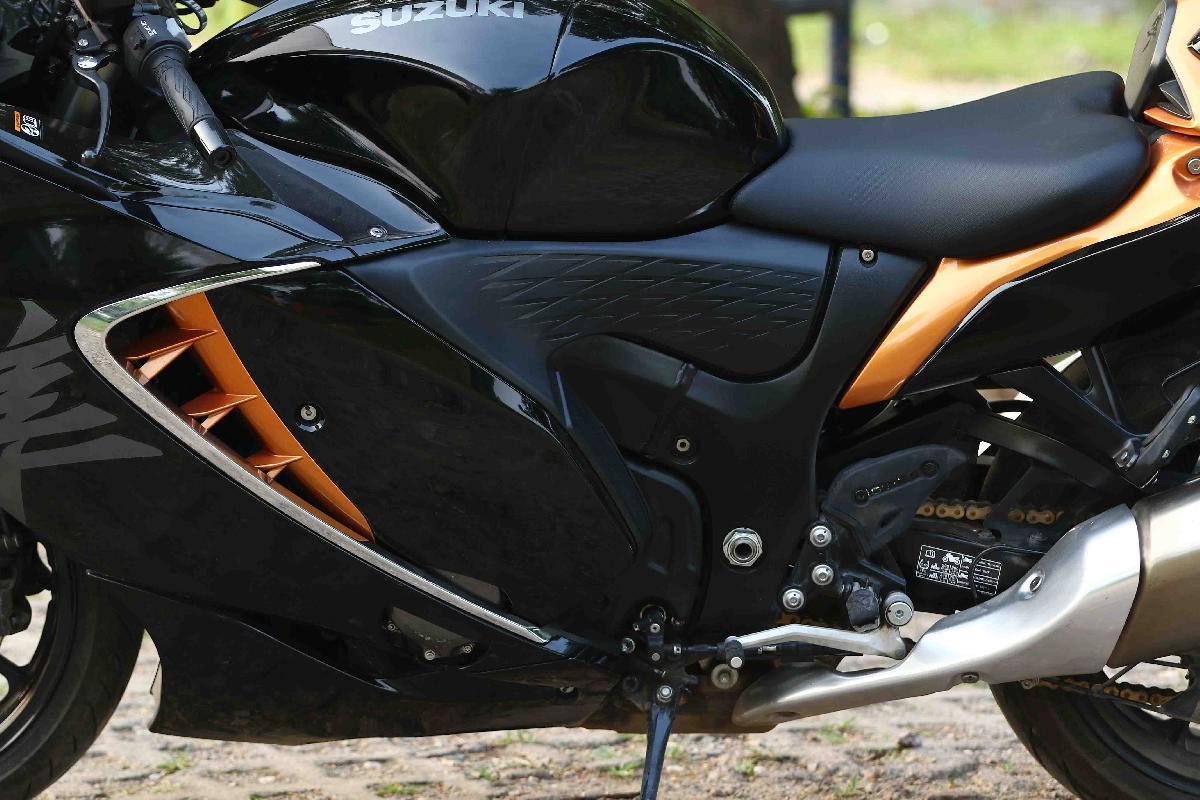 The powertrain’s bore and stroke along with intake and exhaust ports remain the same, which lets enthusiasts customise and increase its output. Apart from this, Suzuki has reworked everything so that it meets the BS6 emission norms. 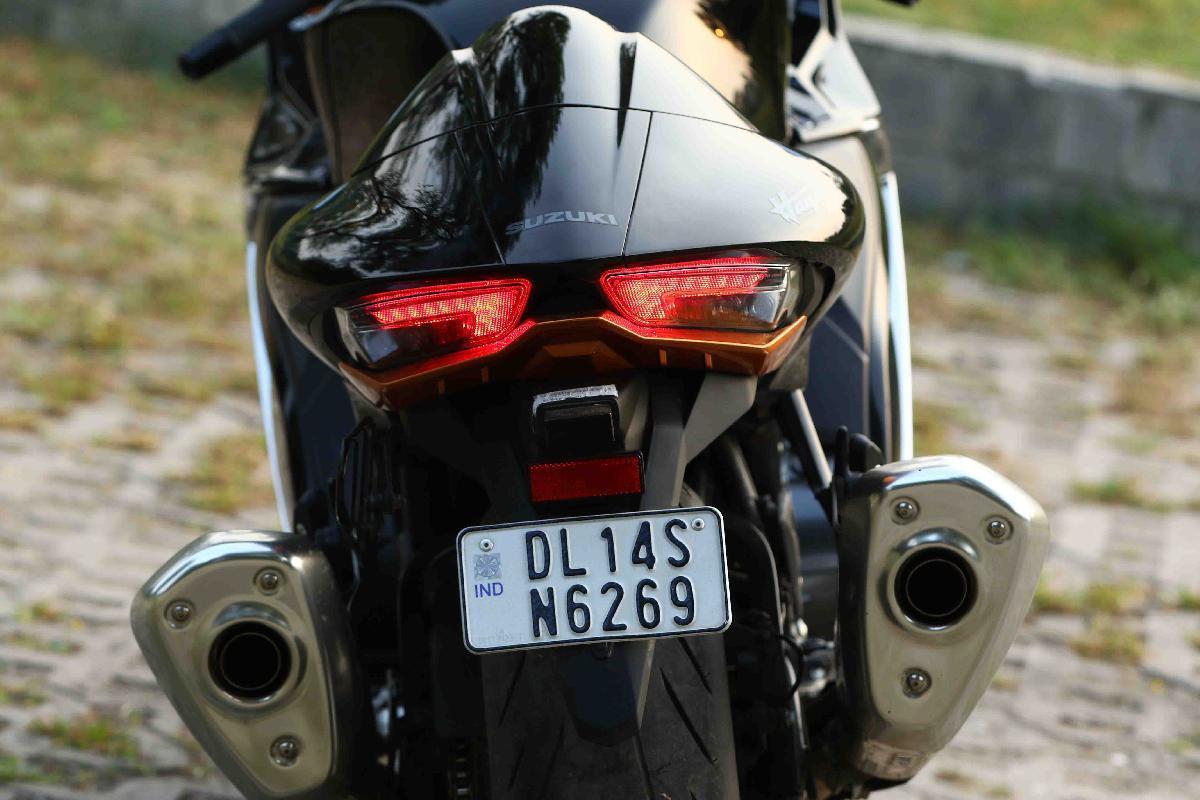 The 2021 Hayabusa now churns out 187bhp, around 7bhp less than the older generation, but all this only sounds somewhat substantial on paper. In real-world conditions, the Hayabusa feels more responsive due to the 150Nm torque kicking in early in low-and mid-range band supply. This makes the power a lot more useable, especially in the city and Ride-By-Wire ensures that the throttle response is smooth and measured, unlike the second-generation Hayabusa, where you had to wrestle with it and dread the whiplash response. The motor is so adaptable now that it effortlessly tames slow-moving traffic and when open roads welcome, you rip open the throttle and let it charge ahead easily going past the 200kmph. The Hayabusa is a heavy bike, 266kg to be precise, but because of this it remains steady on the highway at high speeds and stays composed and well balanced in twists and turns. Its agility will surprise a lot of experienced riders. 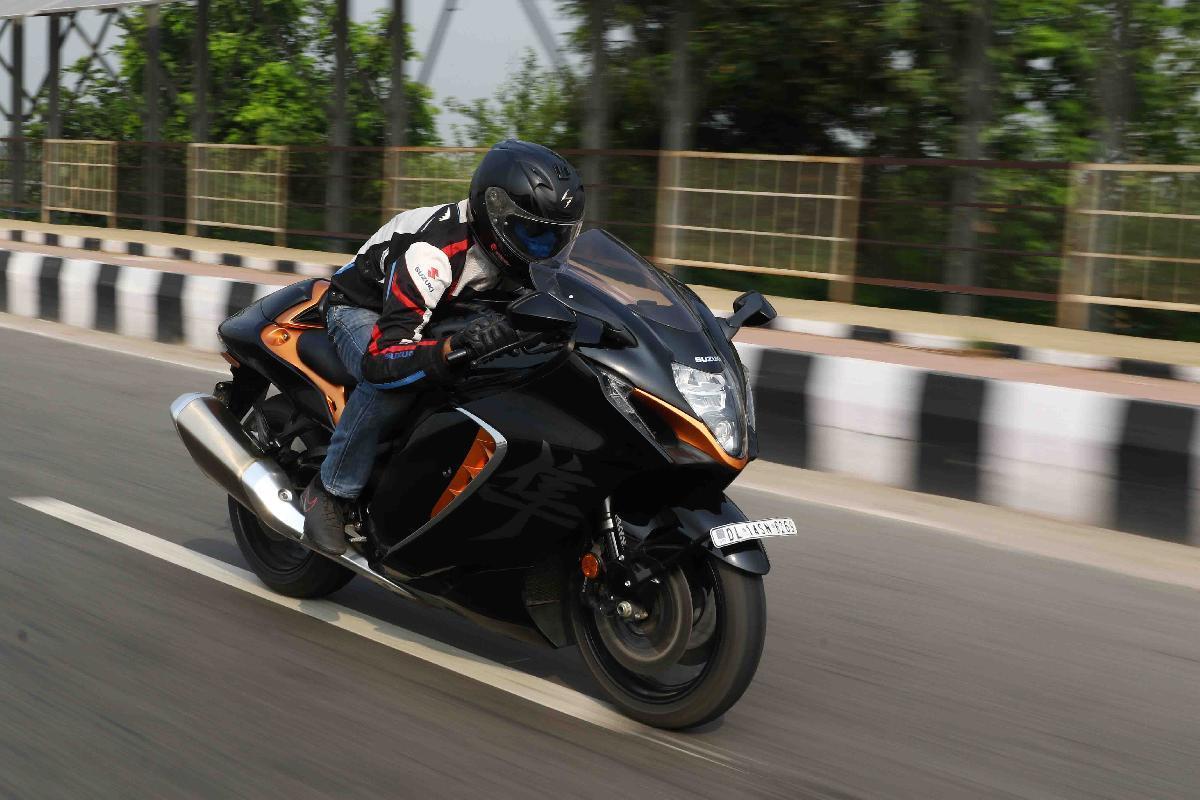 The Hayabusa has always been and continues to be a comfortable sports tourer. With the new KYB fully adjustable suspension in the front and rear, it lets you play around with the setup according to your needs. The stock setting is ideal for our road conditions as it soaks up undulations and potholes. Be careful going over tall speed bumps as the ground clearance is limited to 125mm. 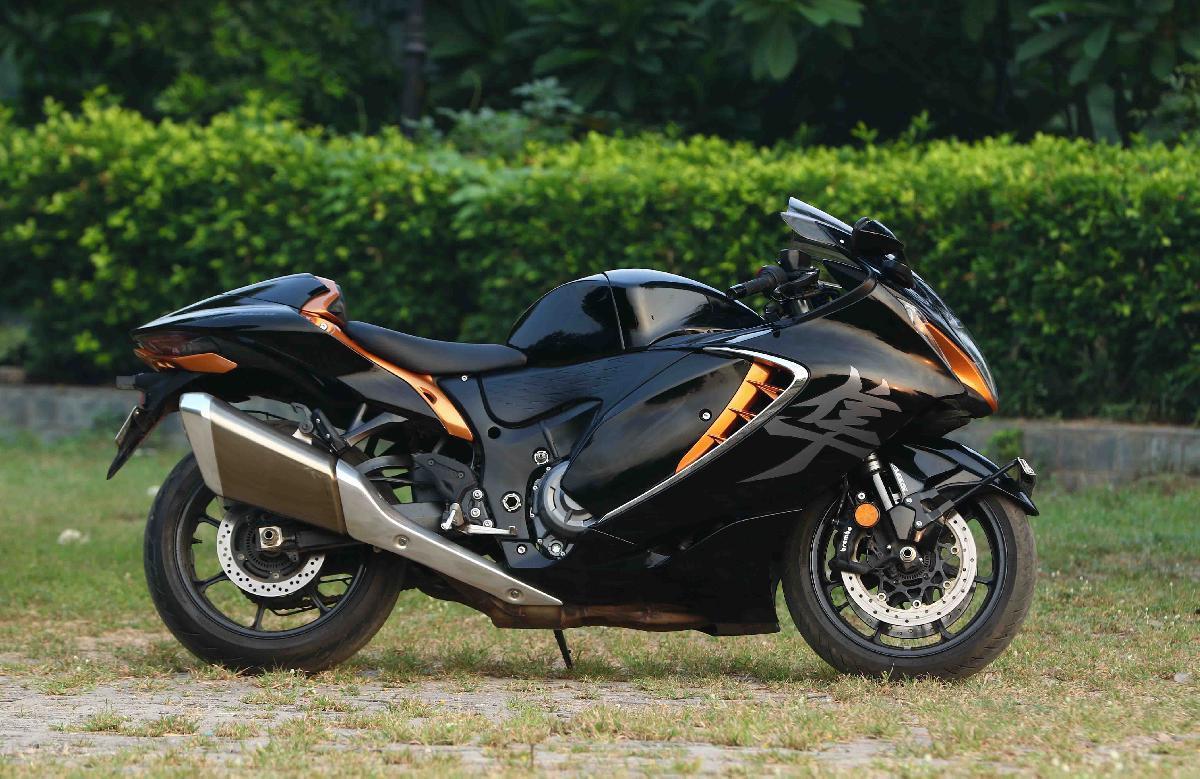 At INR 16.40 lakhs, ex-showroom Delhi, Suzuki, has managed to price the Hayabusa well keeping in mind that it now comes loaded with modern technology and is available in the range of litre-class sports bikes. Sure, the Hayabusa isn’t the world’s fastest bike in the world, but with a top speed in the region of 299kmph, it’s hardly a slouch. With its unique styling and its fine lineage, you end up owning a lot more than just a powerful machine, you own a piece of history.