The BS-VI era has introduced us to the age of turbocharged petrol engines. Check out the range of these cost effective, cleaner engines without clamping down on power in the market.

India is a unique market because we are the only country in the world where sub-4-metre vehicles with petrol engines lesser than 1200cc receive excise benefits. Now, if that wasn’t already a big challenge for the automobile manufacturers, the new stringent BS-VI emissions have forced many to go back to the drawing board and look at the turbocharged petrol engines as an option. Yes, this technology isn’t new and has been around for a while, but in India manufacturing this powertrain was considered to be very expensive and was mostly seen either on luxury vehicles or on the ones imported from abroad. Some companies like Fiat and Ford did introduce turbocharged motors here, in India, with the Linea T-Jet and the more successful EcoSport with its 1.0-Litre EcoBoost engine. The latter was the benchmark in its segment till it was discontinued in 2019 due to the BS-VI emission norms. According to Ford and not many will disagree, "EcoBoost was ahead of the curve both in terms of its technology as well as customers’ preference for cleaner and efficient engine technologies." For EcoSport fans, there’s some good news. This is not the end of the road for the EcoSport turbo as it will soon get Mahindra's 1.2-litre turbocharged engine.

Thankfully, there were few who stuck to their guns, and today, India offers an array of turbocharged petrol engines starting from a 1.0-litremotor, which offers a deceptive power punch. These new compact petrol engines are not only cleaner, more fuel-efficient than much bigger, naturally aspirated engines, but can also go toe-to-toe with them, in terms of power output, thereby breaking the age-old myth of size being equivalent to power.

Let’s turbo ahead and see the options available in the market.

The automotive sector might be undergoing a baptism of fire, but Hyundai has become the torchbearer by offering two turbocharged petrol motors — 1.0-Litre and 1.4-Litre. The former powertrain made its debut with the Venue and proved that compact petrol engines are a hoot to drive. With 118bhp on the tap, the turbo kicks in as low as 1,700-1,800rpm, negating any lag. This also ensures that as rev-happy as it is, there’s plenty in the mid-range powerband that makes commuting an effortless experience. It is available in two transmission options, six-speed manual and seven-speed dual-clutch automatic. The former starts from INR 8.46 Lakhs and the latter from INR 9.60 Lakhs. To make the Venue a more attractive proposition, Hyundai recently launched the iMT 6-speed clutchless gearbox which is priced INR 9.99 Lakhs onwards. 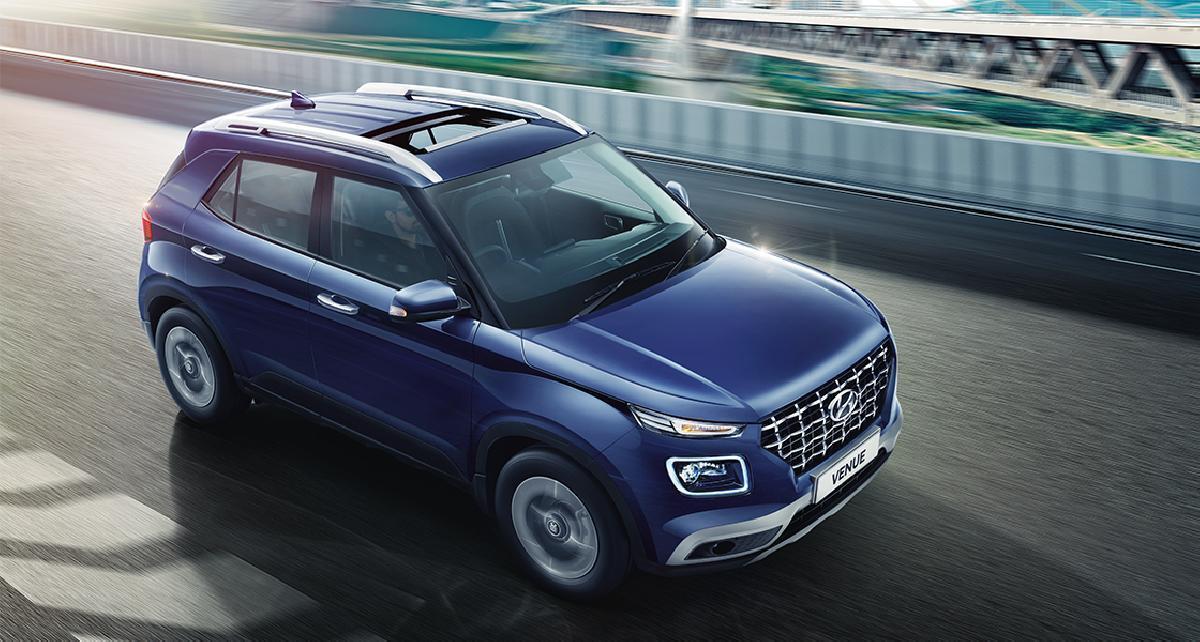 The 1.0-Litre versatile engine also powers the Verna and has the same power output as the Venue. The Verna, not being a sub-4-metre vehicle, is priced at INR 13.99 Lakhs and gets all four-disc brakes, front parking sensors, and all-black interiors and upholstery with red accents. 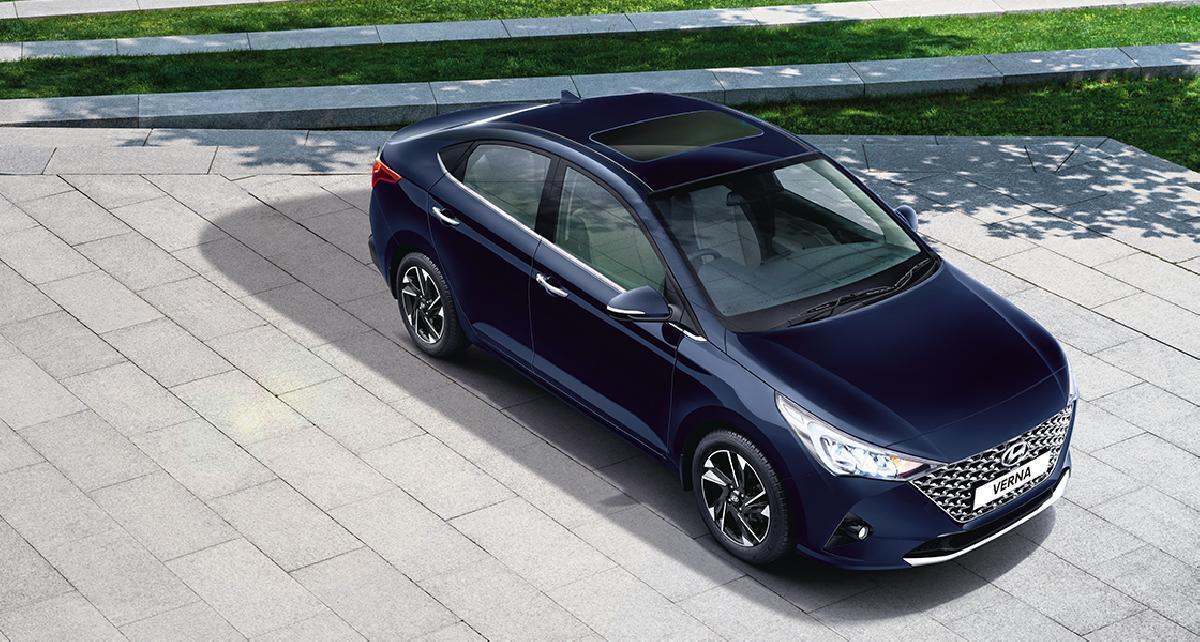 The Korean manufacturer wanted to bring the turbocharged petrol engines to all. And hence the launch of the turbo avatar of the compact sedan Aura and the Grand i10 Nios. Knowing how price-sensitive these two segments are, Hyundai limited the output of the 1.0-litre motor from 118bhp to 99bhp and stuck to the tried and tested five-speed manual transmission. The Grand i10 Nios is priced at INR 7.70 Lakhs, while the Aura is available for INR 8.55 Lakhs. 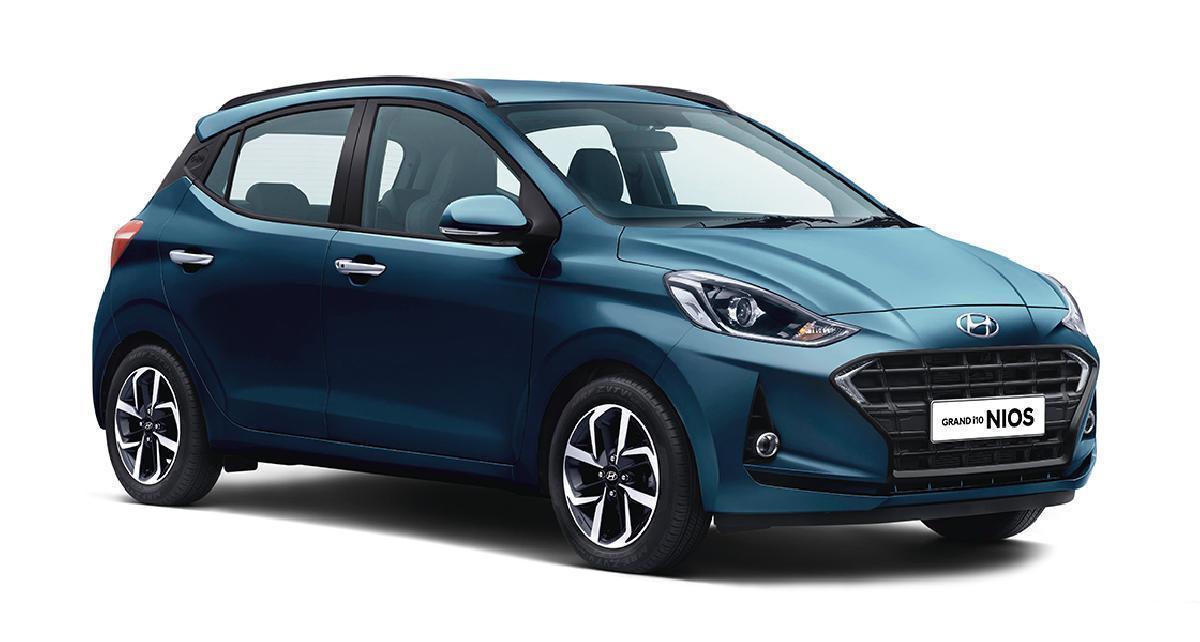 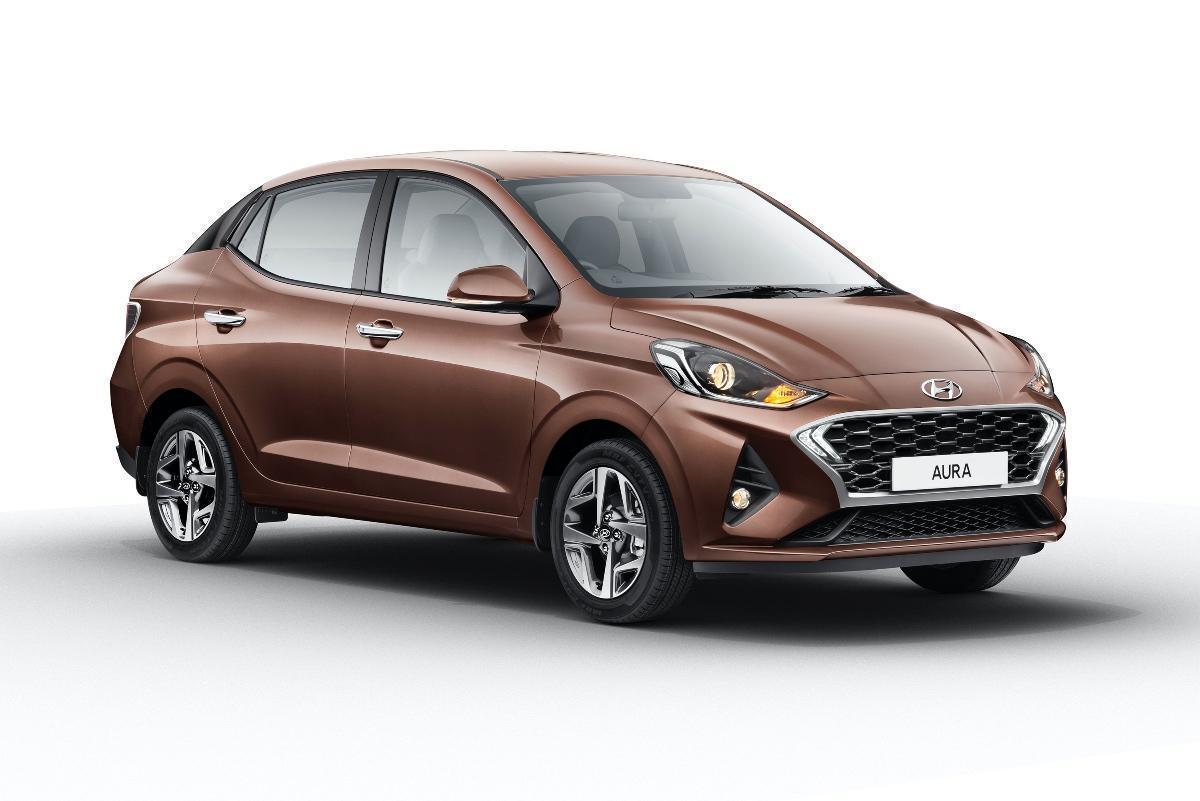 Coming to the Creta, how could Hyundai not give their bestselling SUV a turbo petrol engine? It has a powerful 138bhp 1.4-Litre motor under the hood and is only available with a seven-speed Dual-Clutch Automatic Transmission (DCT). With paddleshifters, a first in the segment, at your disposal, you feel the Creta is completely under your control. The Creta is available from INR 16.16 Lakhs onwards. 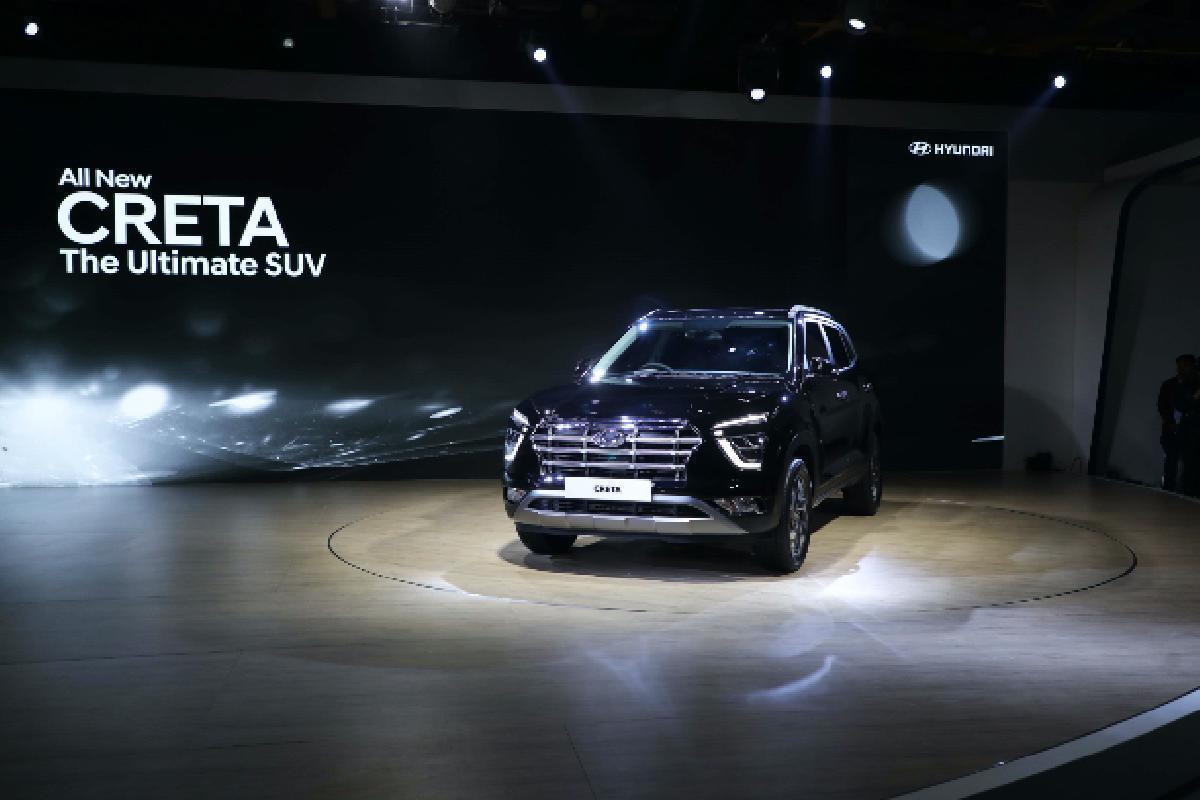 Now while Hyundai mainstreamed these new-age petrol motors, it was the sister company, KIA, that first introduced this technology with the Seltos. Powered by the same 138bhp 1.4-Litre engine like the Creta, unlike its cousin, the Seltos, is available in both six-speed manual and a seven-speed DCT. The manual variant starts from INR 15.54 lakhs and the automatic from INR 17.29 lakhs. 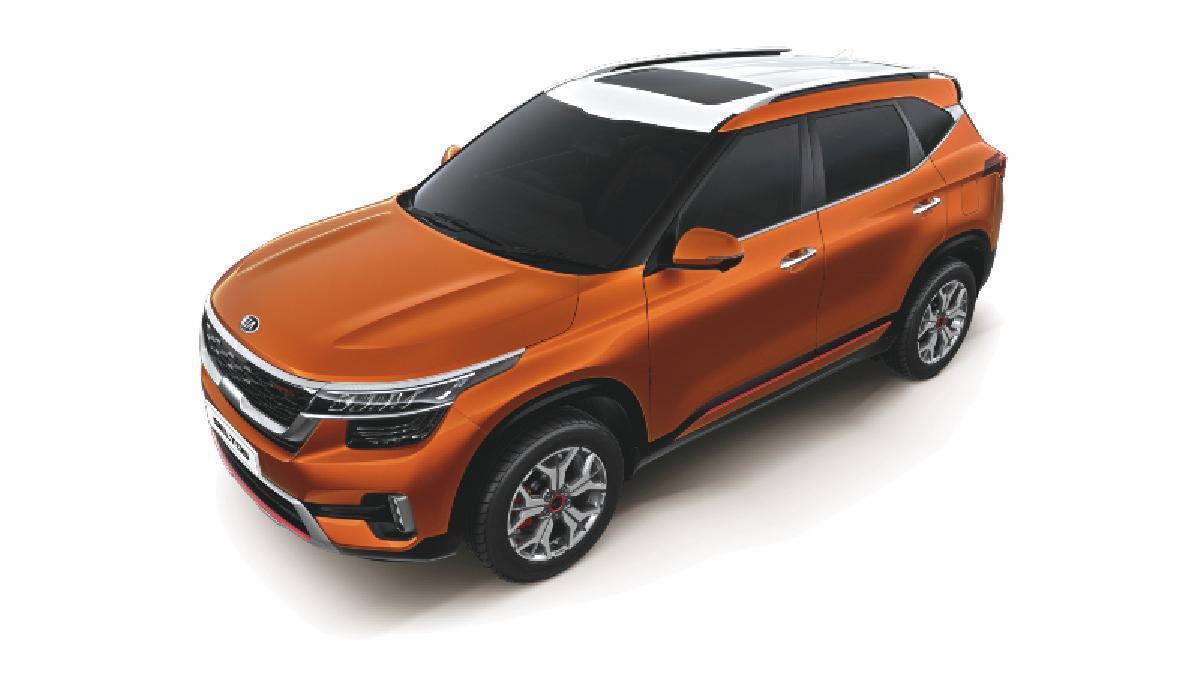 At the moment Kia doesn’t offer the 1-litre powertrain, but all that will change on August 7th when it will enter the sub-4-metre segment with the launch of the Sonet. Apart from the same engine, the KIA compact SUV is based on the same platform as the Hyundai Venue and will offer the same transmissions including the clutchless six-speed gearbox. 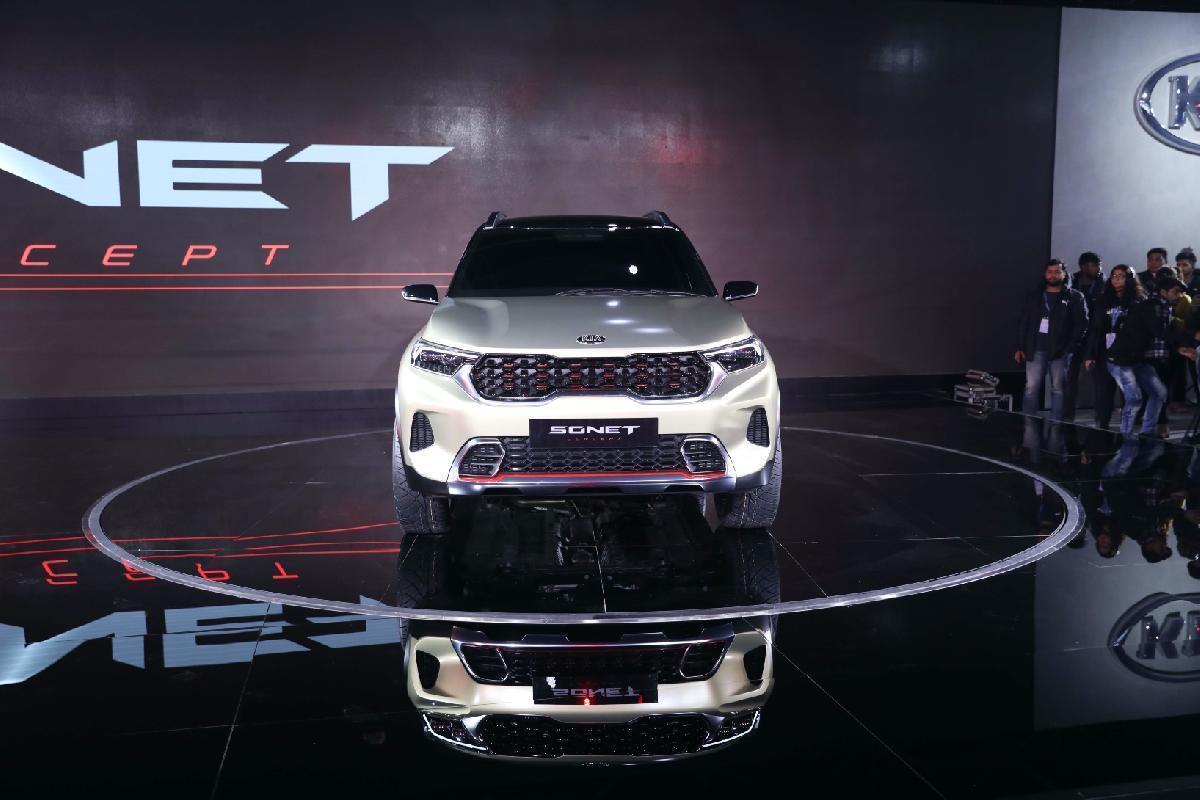 The Volkswagen Group in India has decided to give diesel engines the boot and focus on their TSI range (turbocharged petrol). Both the Polo and the Vento are powered by a 108bhp 1.0-Litre motor. According to Company Spokesperson, Volkswagen Passenger Cars India, “TSI is Volkswagen’s rightsized petrol solution to the world. The technology offers a perfect amalgamation of power and efficiency in a small yet right combination. At Volkswagen, we aim to democratize our globally renowned TSI technology and showcase the marvel of German engineering in petrol engines across segments that bring reliability and a bespoke driving experience to customers. Turbo petrol engines of today are driving the entire product range of Volkswagen right from the Polo to Tiguan Allspace. To make TSI technology more accessible, we are now offering them mated to manual or automatic transmission depending on the carline. ”

Before the BS-VI norms kicked in, both had a 103bhp 1.2-Litre TSI under the hood, but the new compact engine offers additional 5bhp and still retains the same 175Nm of torque. The Volkswagen hatchback, like its sedan, is only available with a six-speed manual, replacing the five-speed one. Currently, there’s no automatic option. The Polo TSI is available for INR 8.02 lakh, while the Vento starts at INR 8.86 lakhs onwards. 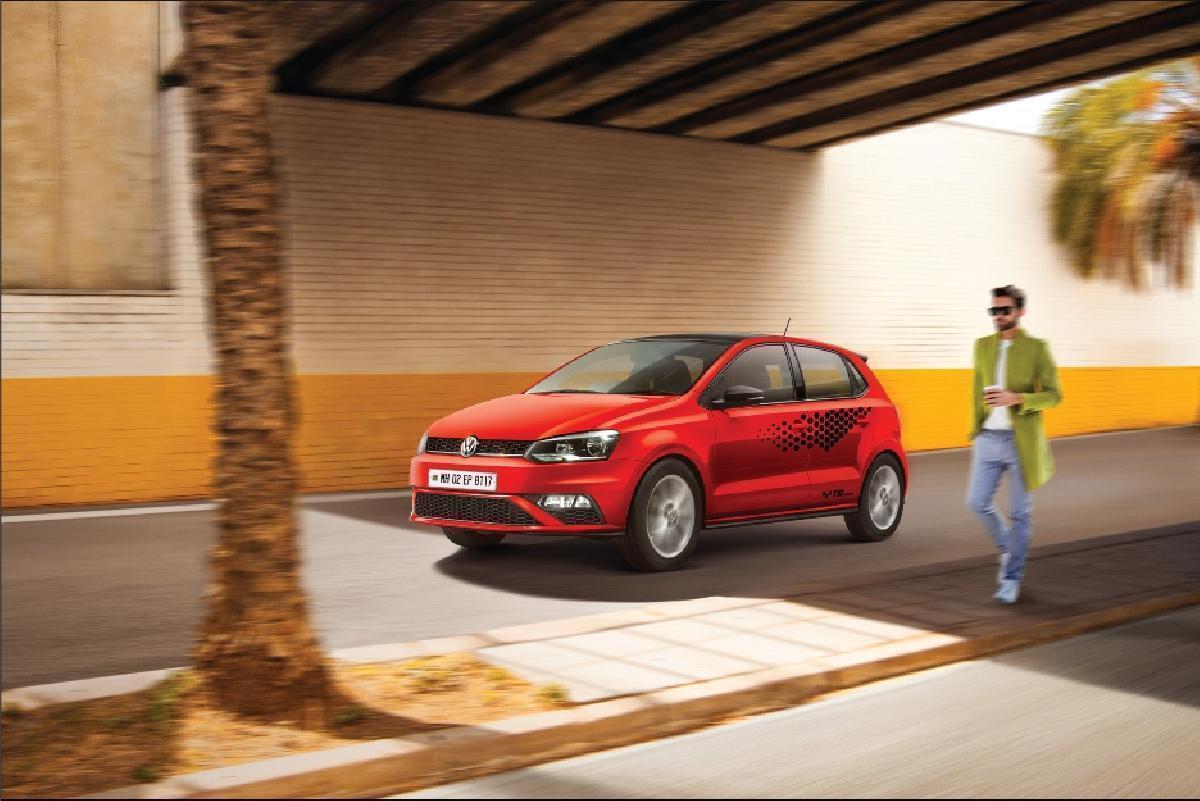 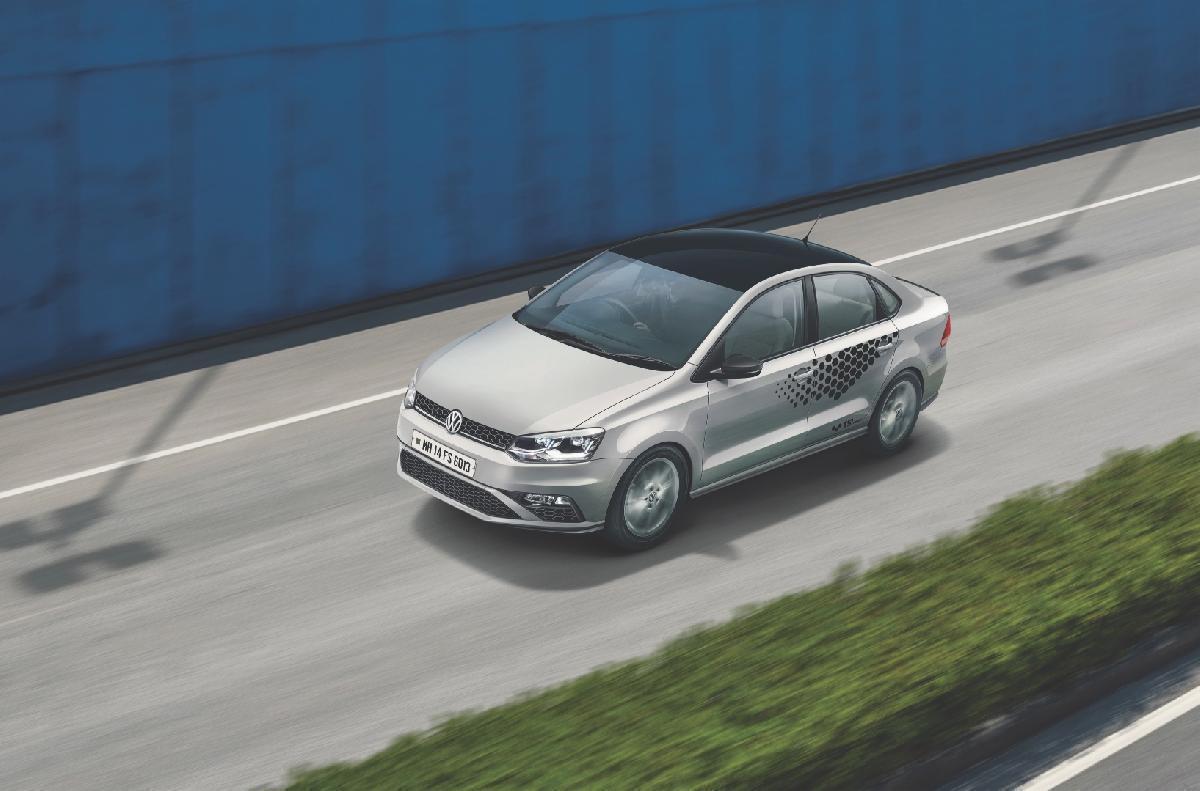 Skoda Rapid has also got rid of the 1.5-Litre diesel and the 1.6-Litre naturally aspirated petrol engines. The Skoda sedan is powered by the same 108bhp 1.0-Litre turbo petrol as the Vento with the same six-speed manual transmission. Therefore, in terms of performance, it is identical to its Volkswagen cousin. What works in the Rapid’s favour is that it's entry-level variant, the Rider, is priced at INR 7.49 Lakhs, making it cheaper than even the Polo TSI. So, when it comes to value-for-money, the Rapid is the most affordable turbo petrol sedan. 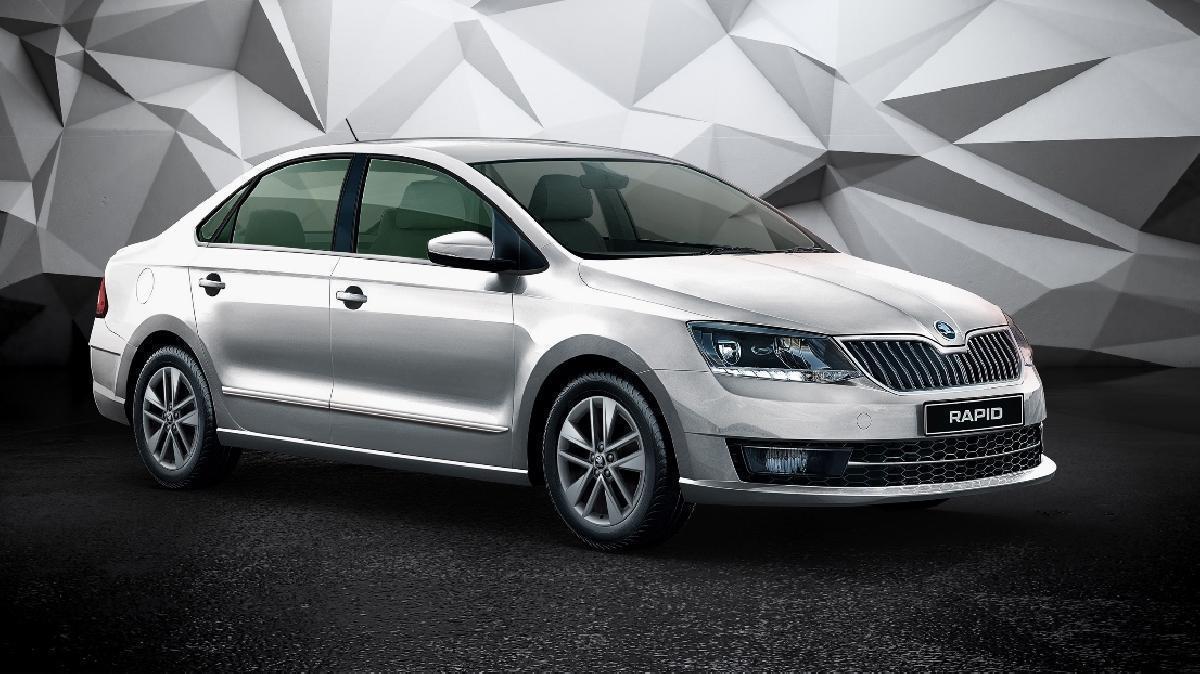 Tata manufactured the first indigenous turbocharged petrol unit in 2014. The 1.2-Litre Revotron motor made its debut on the compact sedan, the Zest. This engine has come a long way and is now found under the hood of the popular compact SUV, the Nexon. After getting upgraded for the BS-VI emission norms, this engine now churns out 10bhp more than its BS-IV version and goes shoulder-to-shoulder with the Hyundai Venue with a total power output of 118bhp. It is available in two transmissions — the six-speed manual and six-speed AMT. The manual range starts from INR 6.94 Lakhs, making it the most affordable turbo petrol vehicle in the market, while the automatic is from INR 8.30 Lakhs onwards. 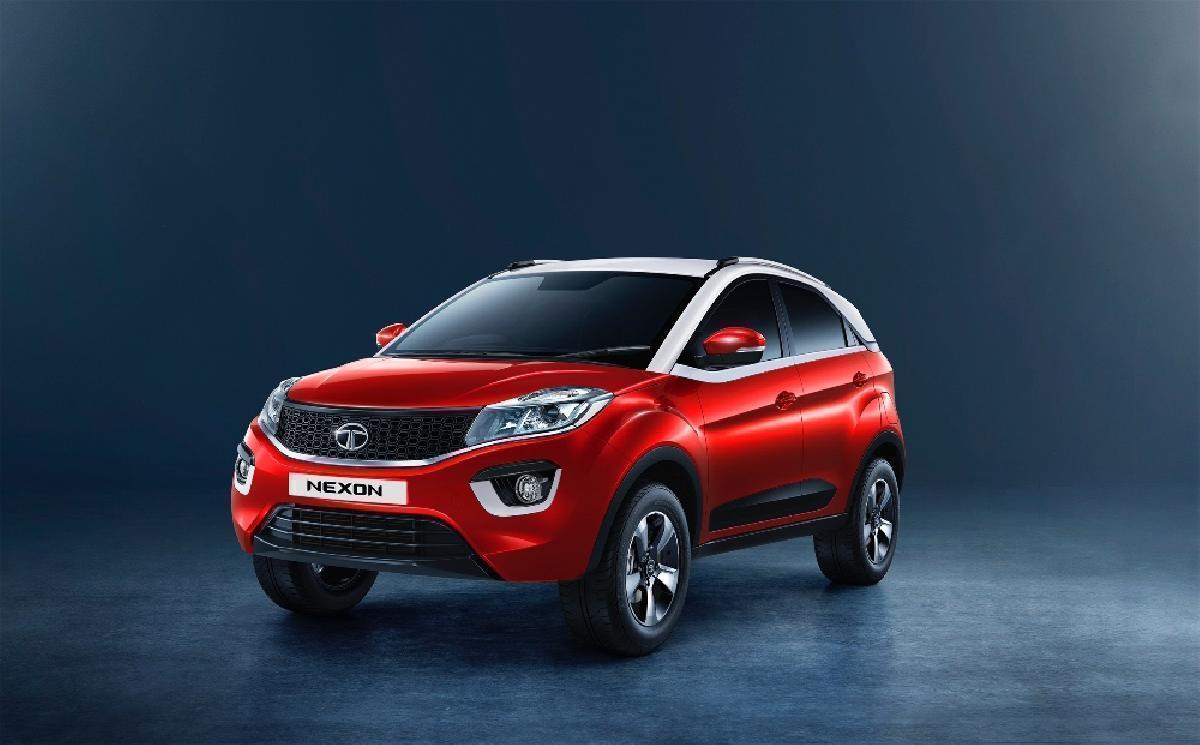 Mahindra joins the turbocharged petrol age with the XUV300’s 1.2-Litre motor. It churns out 108bhp and 200Nm of torque. While Mahindra only offers a six-speed transmission with this sub-4-metre SUV, its rivals offer different types of automatic gearbox options. The engine’s USP is its refinement. The XUV300 is available from INR 8.30 lakhs to INR 11.99 lakhs. 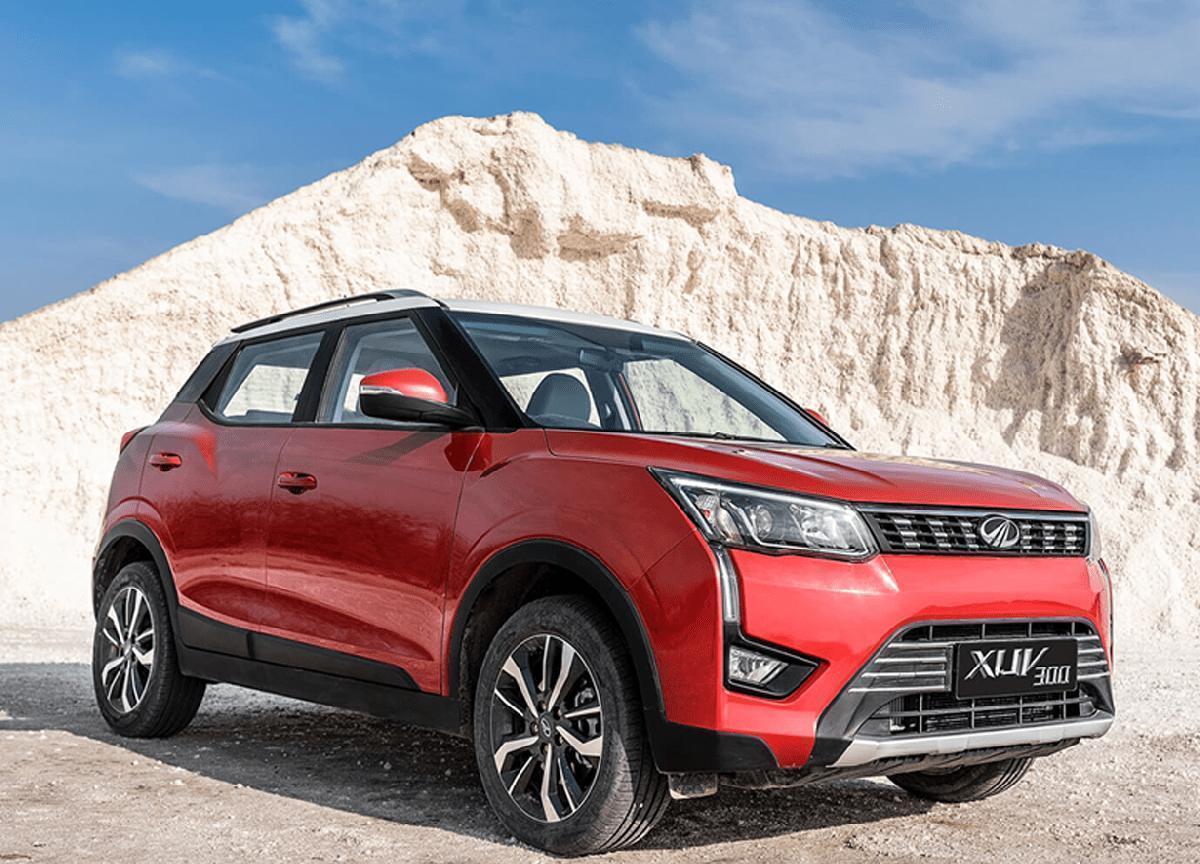 Nissan is undergoing a serious rejig in India and they kick-started their 2.0 revival with the BS-VI Kicks that now gets a brand new 1.3-Litre turbo petrol. It also happens to be the most powerful motor in its class as it pumps out an impressive 154bhp with 254Nm of torque. The Kicks is available in both a new seven-step CVT automatic and a six-speed manual transmission. Launched in May this year, it is available in four manual and two automatic variants. 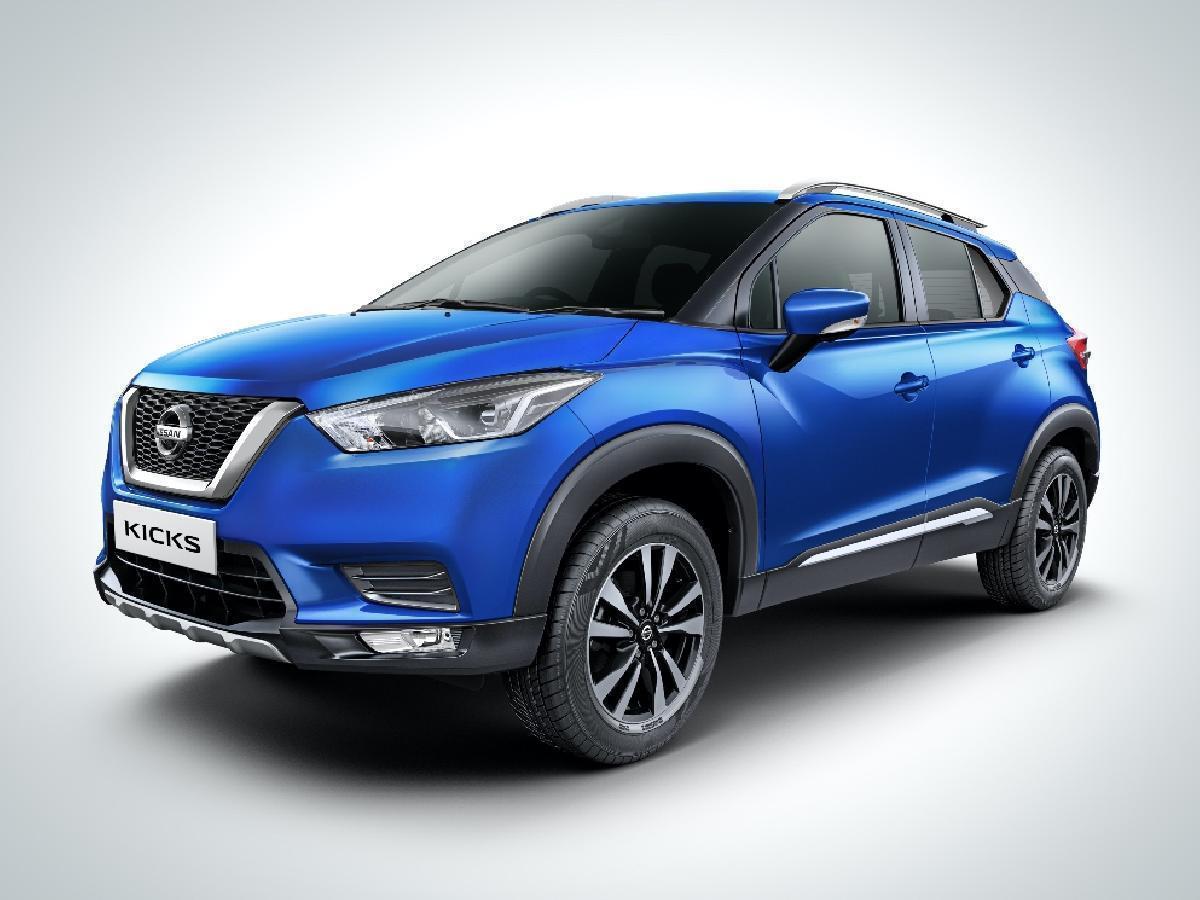