Automobile manufacturers are now bringing their heritage, performance and design DNA to their battery-powered SUVs, thereby retaining their identity while introducing state-of-the-art green technology. Here’s a look at what’s brewing...

Everyone loves SUVs. They aren't just popular in India, but globally as well, and that is why it is the fastest-growing segment. Apart from their intimidating road presence, they are practical in terms of cabin space, raised ground clearance and high seating position. With all these pros comes the bulk weight which eats into its efficiency. The good news for SUV fans is that automobile manufacturers are taking a serious interest in all-electric powered SUVs and thanks to their taller stance, they can easily accommodate big and powerful batteries. So, which EV SUVs should you go for? 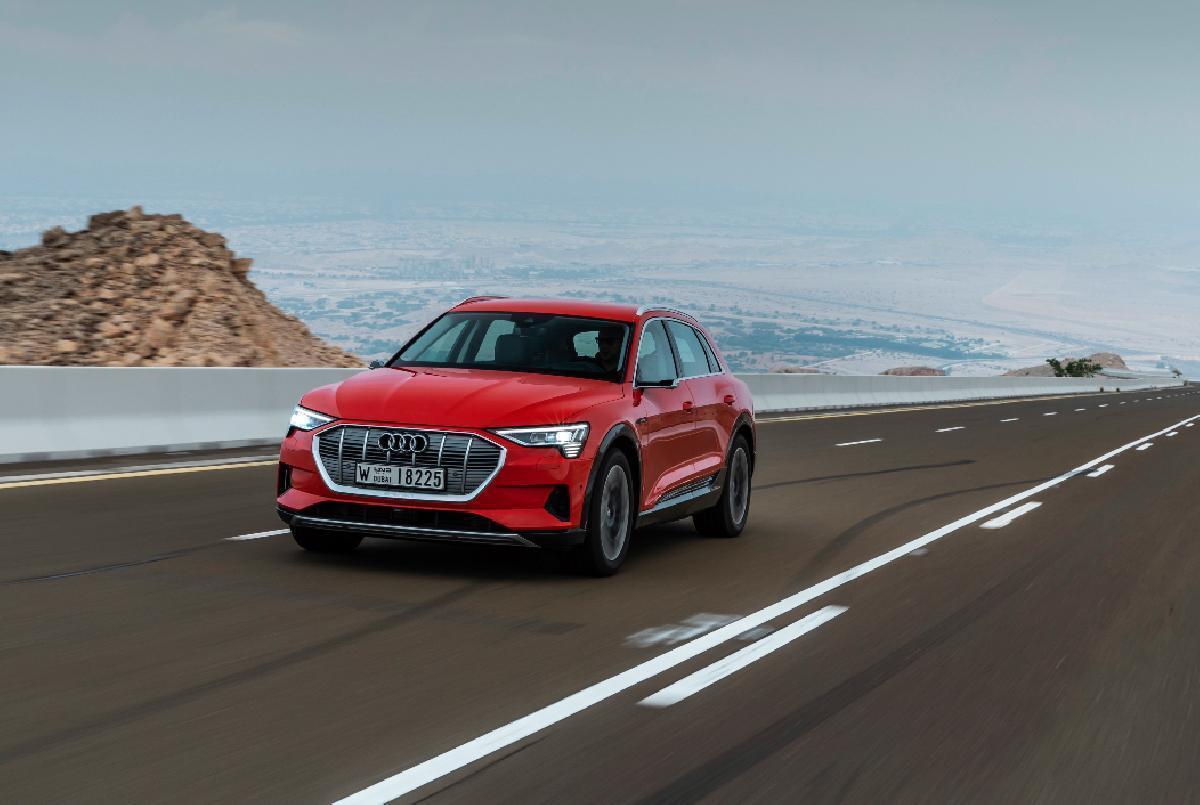 Audi India is gearing up to launch their first-ever all-electric vehicle the e-tron very soon. This SUV is equipped with an electric all-wheel drive and two electric motors, one on each axle. The e-tron is available in two trims — 71.2kWh battery powered 50 quattro that pumps out 308bhp with 540Nm of torque while the 55 quattro boasts of 402bhp and 664Nm thanks to the massive 95 kWh battery. The former does 0-100km/h in 6.8 seconds with a top speed of 190km/h and the latter achieves it in 5.7 seconds and manages to clock 200km/h. The e-tron's range is over 400km on a single charge in the WLTP test cycle and 80% of the battery can be charged in half an hour with a 150kW DC fast charger. 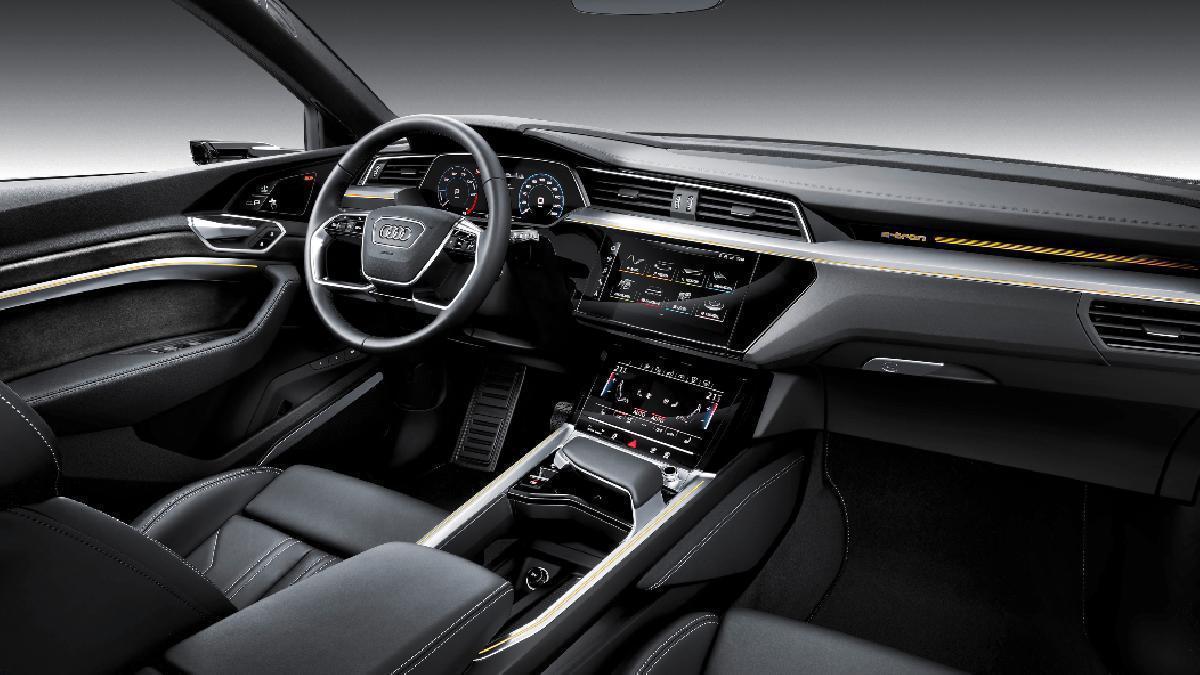 Audi has also put a lot of emphasis on aerodynamics and the e-tron has one of the best drag coefficients in the SUV segment at Cd value of 0.27. They have managed to achieve this by having an air suspension, a fully lined underbody with an aluminium plate to protect the battery and virtual outside mirrors, which is a first in the world. (Available as optional). The mirror stalks are integrated with a small camera on each side, which display images on an OLED display inside the vehicle.

This 5-seater’s dimension is 4,901mm in length, 1,935mm in width and 1,632 in height making it 219mm longer and 42 wider than the new Q5 sold abroad. The e-tron’s total luggage capacity is 660 litres. According to Audi, due to the EV’s low centre of gravity and its 50:50 weight distribution, the e-tron offers sedan-like handling prowess. 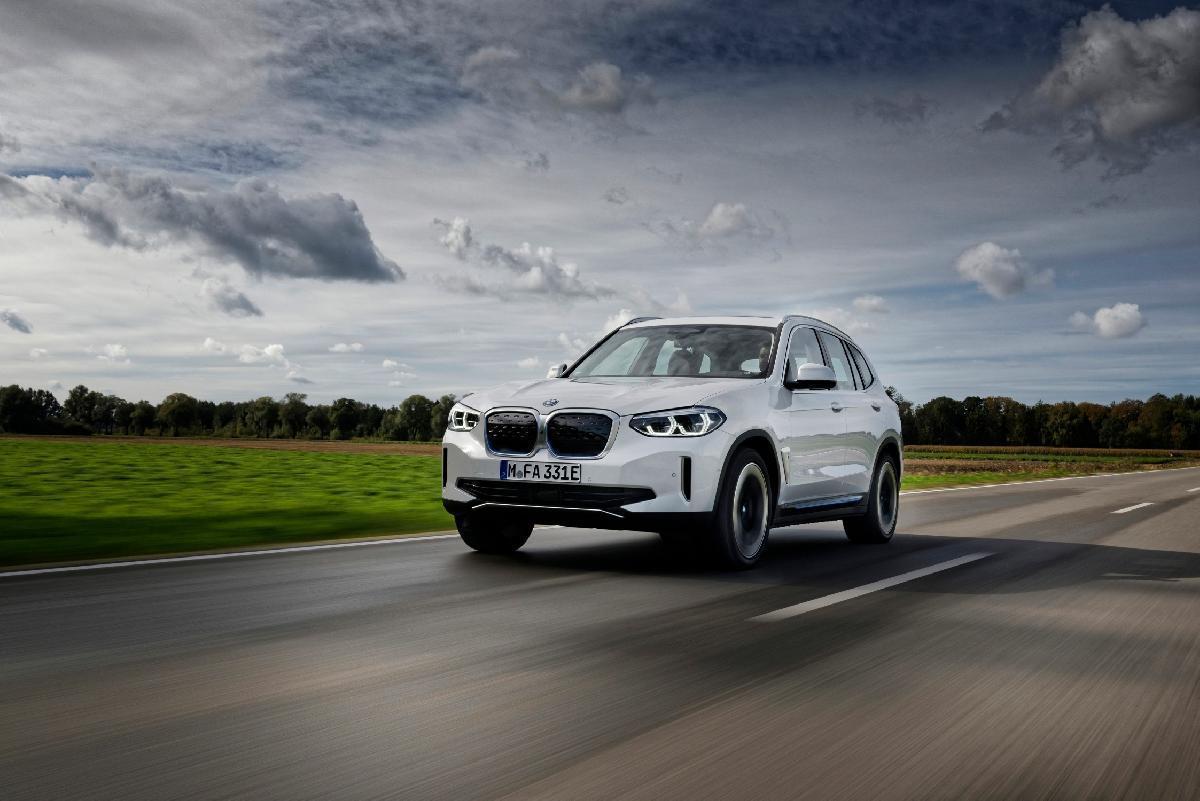 The iX3 is BMW’s first all-electric SUV or as the company calls it Sports Activity Vehicle (SAV). It's based on the latest X3 generation and will take on the likes of Mercedes-Benz EQC, Jaguar I-Pace and the upcoming Audi e-tron. Unlike its rivals, the BMW EV is a rear-wheel-drive and is powered by a 281bhp 80kWh battery with 400Nm of torque. It can accelerate from 0 to 100 km/h in 6.8 seconds and has a top speed of 180km/h. It offers a range of up to 460km in the WLTP test cycle. According to BMW, the iX3 can be fast-charged from 0 to 80% in 34 minutes, a 10-minute charge adds 100km range. The electric motor comes with three driving modes — Eco, Comfort and Sport. 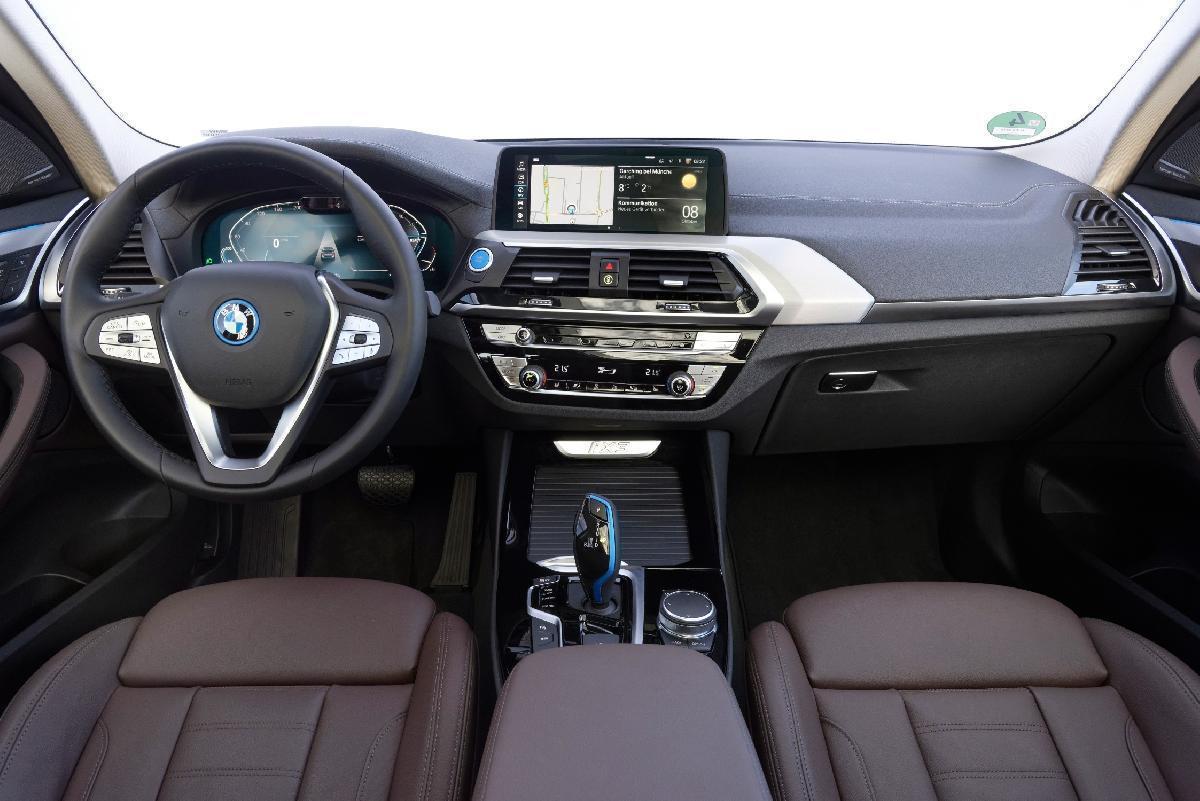 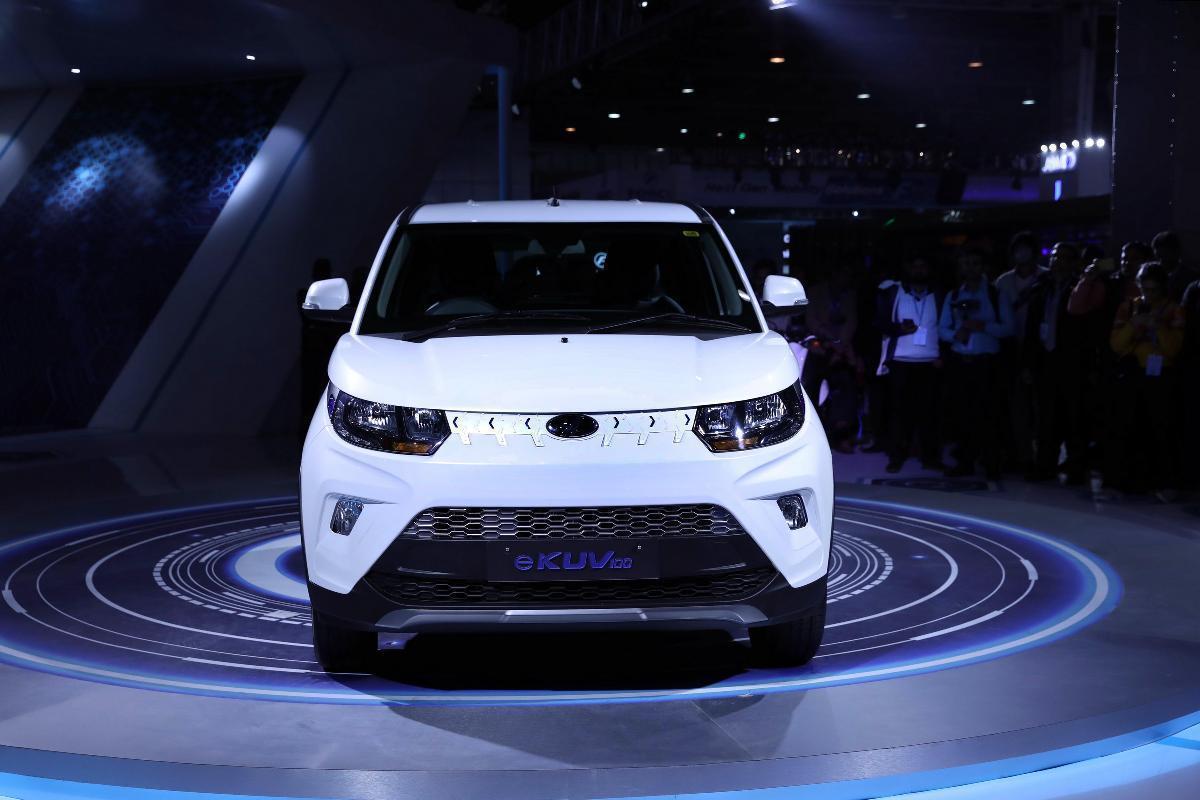 Mahindra had showcased and revealed the price of eKUV100 at the Auto Expo 2020. Priced at INR 8.25 lakhs, ex-showroom Delhi, once launched, it will be the most affordable EV in India. It will be powered by a 53bhp electric motor placed on the front axle with a peak torque of 120Nm. It will be mated to an automatic transmission. According to Mahindra, it will offer a 150km range on a single charge. It will offer both standard as well as fast charging options. it can be fully charged within 6 hours on a regular charger or 80% of the battery’s capacity by using a DC fast charger.

The eKUV is based on the internal combustion KUV100 and looks exactly the same, apart from the closed front grille and fenders for better aerodynamics. 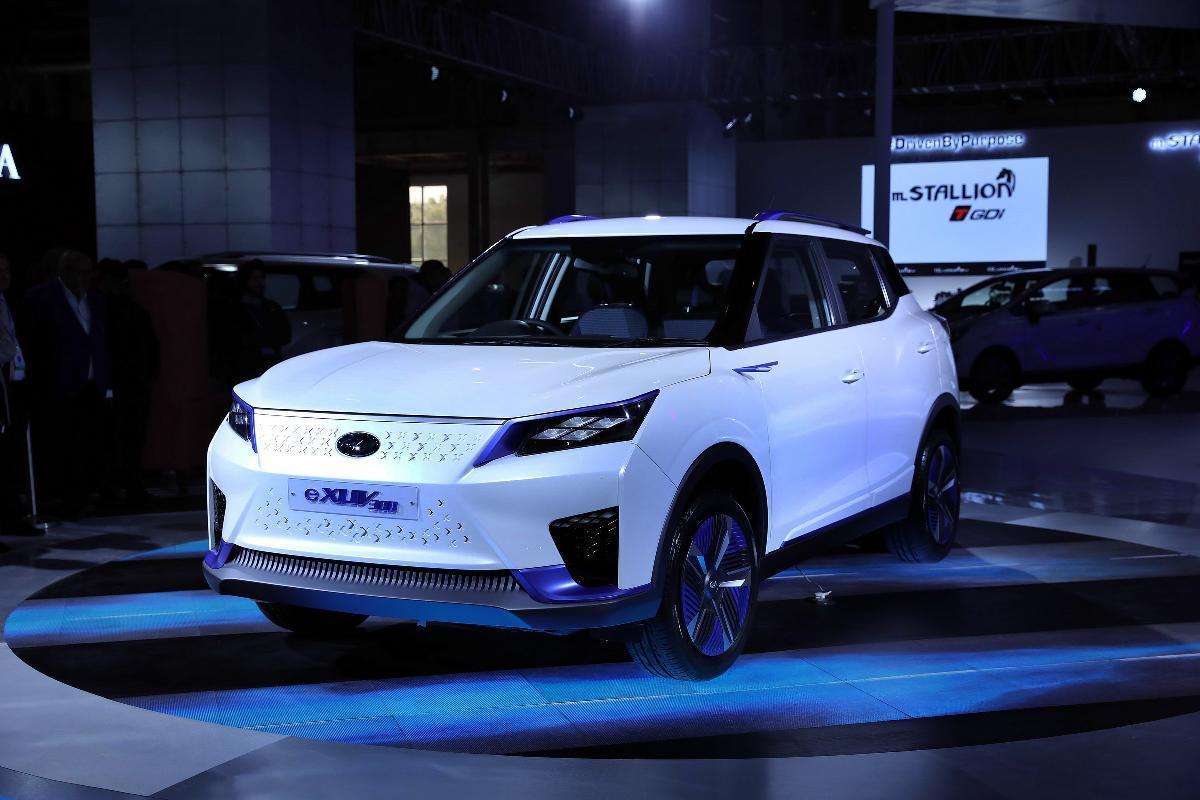 Mahindra had also showcased eXUV300 concept at the Auto Expo 2020. This new SUV will be based on the Mahindra Electric Scalable and Modular Architecture (MESMA) platform, which is exclusively made for their EV range. Mahindra plans to offer eXUV300 with two battery options – 40kWh and 60kWh. The former will offer a range of around 300km while the latter around 400km. The 60kWh battery is expected to have an output of around 200bhp and 40kWh one around 130bhp.

Mahindra wants the eXUV300 to be the first ‘Made in India’ EV by manufacturing Lithium-ion battery and all its components domestically. The eXUV300 is expected to start from INR 13 lakhs to a shade below the INR 20 lakhs mark. 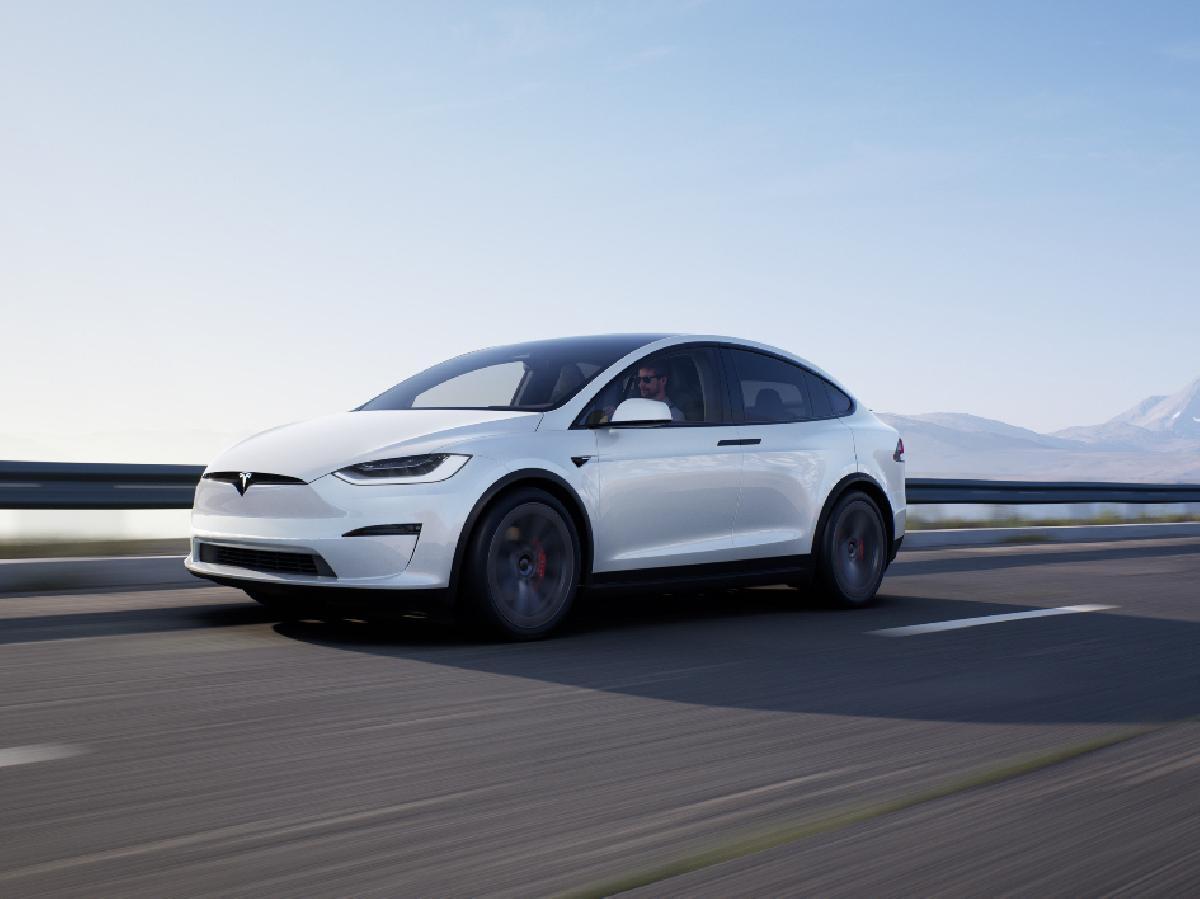 It will be an understatement to say that the Tesla X is one unique SUV. Not only does it look more like a big low-slung sedan, but it is also a seven-seater with rear Falcon Wing doors which display great panache like no other vehicle. The front doors function automatically. According to Tesla, due to its optimized aerodynamics, Model X is the most aerodynamic production SUVs in the world with a drag coefficient of 0.24 Cd. 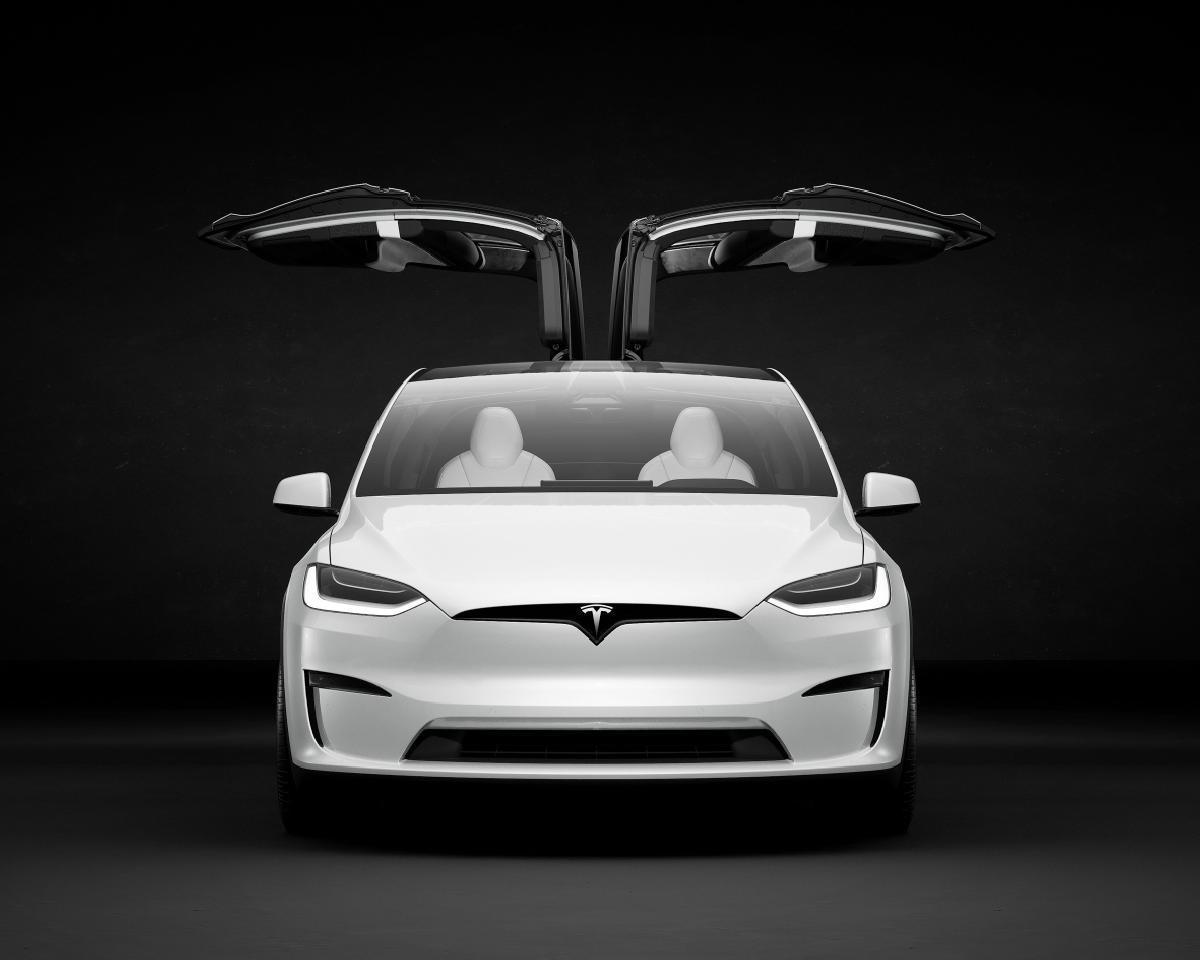 The Model X comes standard with all-wheel drive and is available in two trims — Long Range and Laid. The Long Range is powered by two electric motors and its peak power is 661bhp and a top speed of 250km/h. The all-powerful Plaid has three electric motors and has an output of 1,060bhp putting it right up there in the supercar class. With a top speed of 262km/h, it can do 0-100km/h in 2.5 seconds and has a range of 547km while the Long Range hits the three-figure mark in 3.8 seconds and offers a 579km range. 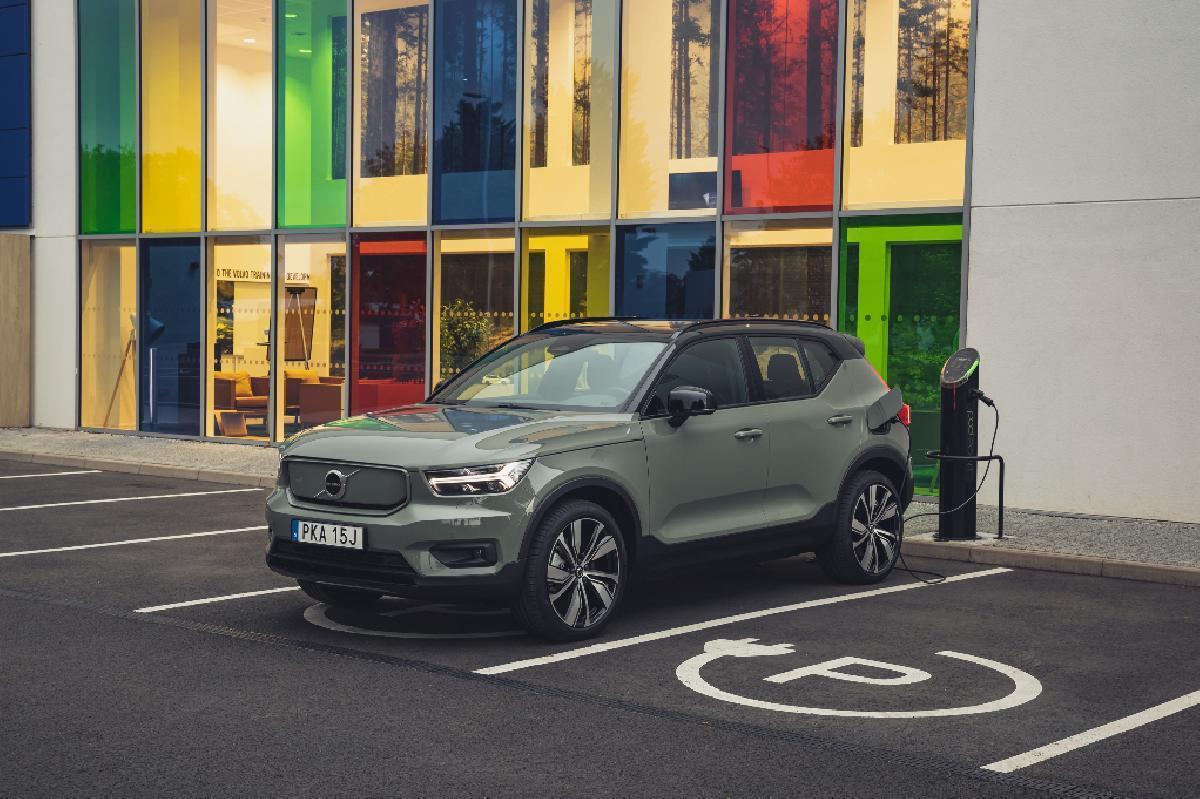 Volvo India revealed the XC40 Recharge recently and the bookings have begun from this month. The launch of Volvo’s first electric vehicle in India will take place in October. The Scandinavian automobile manufacturer expects the XC40 Recharge to constitute 80% of their global electric cars annual sales. 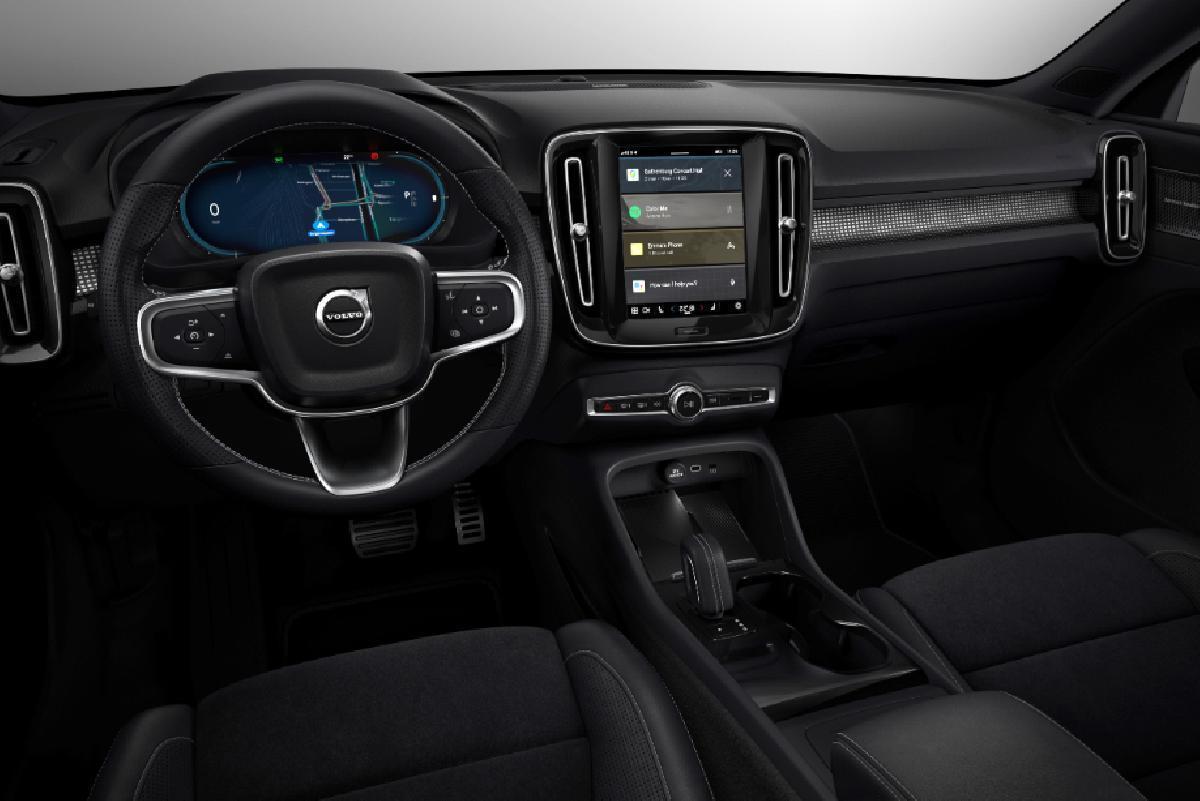 The XC40 Recharge comes with a fully electric all-wheel-drive powertrain and is powered by two 201bhp electric motors placed at the front and rear axle with a total output of 402bhp and 660Nm of torque. It gets a 78kWh Lithium-ion battery that offers a range of over 400km (WLTP) on a single charge. The battery charges to 80% of its capacity in 40 minutes on a fast-charger system. This compact Volvo EV SUV can do 0-100km in 4.9 seconds and has a top speed of 180km/h.

The XC40 Recharge is the first electric vehicle from Volvo to get an infotainment system that’s based on Google software. This means that Google Maps is standard even if you’re using Apple CarPlay. It’s also equipped with Google Assistant for voice commands and over-the-air (OTA) software update.