If you’re a dyed in the wool biker looking for excitement, England of the 1950s and ‘60s is where you’d want to be. Smack in the middle of the café racers and the scooters, in the world of the Rockers and the Mods.

Every biker worth his salt would have at some point heard of the Ace Café. Having been there and spent some time there I can tell you that from a sheer glam perspective, this old school café on London’s North Circular Road is quite unremarkable. No fancy baristas, no posh decorations and certainly not the kind of place where you’d take the miss (or missus) on a coffee date. Yet, Ace Café is legend. You see, back in the mid- to late 1950s, this transport café with its huge parking lot located on the high-speed North Circular Road, and others like it, played host to one of the most enduring motorcycle sub-cultures of all time – the Rockers.

Although the connection is rarely made, the Rockers were a product of a general rise in prosperity among the British working class in the aftermath of the Second World War combined with the peaking of the British motorcycle manufacturing industry. The prologue to the Rockers story however starts farther back in time and virtually all leads point to a single character in British war history. Thomas Edward Lawrence may be listed as a British archaeologist by the know-it-all Wikipedia, but you’d probably recognise the name sooner if I addressed him by his military rank of Colonel, and even sooner if I called him by the far more romanticised title ‘Lawrence of Arabia’. 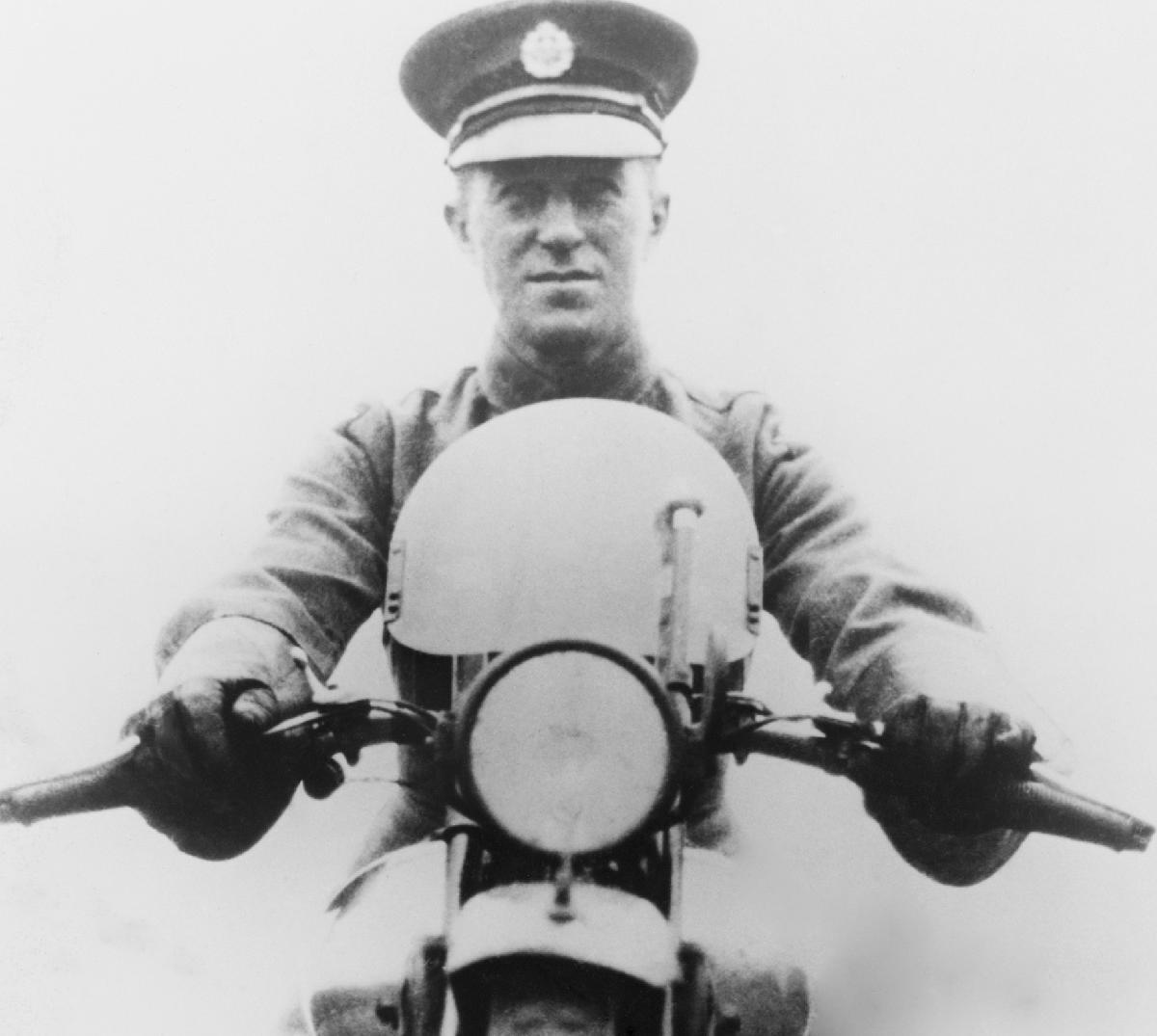 Now that I’ve got your attention with that name let me tell you that Lawrence was arguably the forefather of the modern biker. Even as he struggled to come to terms with the psychological trauma of his years as a soldier in the deserts of Arabia through the war years, Lawrence found comfort in motorcycling. He even had a particular favourite motorcycle – the Brough Superior. The reason was simple, there were few motorcycles of the age that were built with as much care or could go as quickly as the Brough Superior. Especially the SS 100 model that was named so for its ability to get up to 100 miles per hour, an incredible speed back in the day. Tragically, Lawrence died chasing speed in a motorcycle accident in the summer of 1935.

Twenty odd years later, it would be this love of chasing speed on two wheels that would come to define the Rockers. Inspired by the heroics of riders from the world of motorcycle racing – particularly the Isle of Man TT, young British lads would modify stock motorcycles, a process they called ‘souping up’, in pursuit of speed. Out went the regular handlebars and in came low clip-ons. The regular petrol tank was often replaced with a narrow longer one with knee recesses carved in and a single seat with a hump at the end called a ‘bump stop’. These alterations to the stock motorcycles allowed riders to crouch down, much like their racer heroes, and reduce drag. Some carried out extreme modifications resulting in some interesting motorcycles like the Triton, where a Norton featherbed frame was married to the engine of the old Triumph Bonneville. These souped up motorcycles were then used to race from one café to another earning the motorcycles the nickname café racers. The men who raced around on them however were named Rockers after the kind of music they chose to listen to. Fast foot-tapping rock’n’roll music. A typical Rocker playlist on the jukebox at the café would include songs by artists like Eddie Cochran, Johnny Cash, Bill Haley and His Comets, Little Richards and Chubby Checker.

High on coffee and youth, these young men clad in leather jackets and strong boots would chase the dangerous drug that was speed. The ultimate goal was to crack the 100 miles per hour barrier, or simply the Ton. Those who managed to do so came to be called the The Ton Up Boys. Other innovative, and equally dangerous, pastimes included ‘Record Racing’ or ‘Jukebox Racing’. The idea was to get a record on the jukebox playing while the rider would attempt to complete a circuit and get back to the café before the record ran out.

By the middle of the 1960s, another important two-wheeler sub-culture began to take shape. Stylish and fashionable, the scooter riding Mods were the children of Britain’s emerging consumerism riding on the back of prosperity. Like the Rockers before them, the Mods too were defined by their love of riding their scooters and their music but in their views and attitude the Mods were diametrically opposed to the Rockers who they viewed as rough and not posh enough. Eschewing the old transport cafés of the day, the Mods chose to hang out at all-night clubs like The Roaring Twenties or the La Disotheque and coffee bars. There was a certain amount of psychotropic drug use by certain sections of the Mods, in complete contrast to the Rockers who may have appeared more brutish but were averse to such substances.

While the Rockers were inspired by the dangerous world of the motorcycle racer, the Mods were inspired by cinema, especially Italian and French cinema. Their attire too was more glamorous than that of the Rockers. Well-cut suits and pointed shoes were the order of the day for the men while women wore mini-skirts, short hairstyles and flat shoes. The music they listened too was entirely different – R’n’B, modern jazz, soul and ska were the stuff a Mod’s playlist would be made of.

The biggest point of contention and dislike however became the two-wheelers themselves. The Mods saw the parallel twin engined fast and loud motorcycles of the Rockers with disdain, a symbol of the working class that was certainly lower down the socio-economic order. The Rockers meanwhile came to view the Mods and their scooters, often outlandishly decorated with a great many mirrors or lights, with scorn and hated them back. Clashes occurred when the groups met and eventually both came to symbolize sub-cultures that were viewed as somewhat undesirable and certainly undeserving of being included in mainstream society. Over the years the lure of the Rockers and the Mods on the youth faded out as motorcycle culture itself began to transform itself into something more mainstream.

More than 50 years on, there has been a fresh interest in these two great two-wheeler sub-cultures. Romanticised by manufacturers like Royal Enfield and Triumph, there is a desire to return to a purer form of motorcycling, shorn of the techno-wizadry of contemporary motorcycles. Many argue that the invasion of technology into the two-wheeler space has robbed riders of some of the more visceral pleasures of riding a motorcycle even though speeds have actually increased. On the other hand, scooters have become more prominent and like in the UK of the Swinging Sixties, more and more youngsters are riding around on modified scooters, dressed in fashionable clothing. Will we see a total revival of these two sub-cultures then? Honestly, I do not know, but if that day comes to pass, I shall be waiting with my leather jacket and strong boots.