While experiencing Baden-Baden, Germany, in the iconic VW Camper van, Fareeda Kanga, discovers that the leading car manufacturing country, is green in more ways than one.

Nestled on the fringes of Germany’s famed Black Forest region lies the spa town of Baden-Baden. Its regional, natural beauty, and the fact that it boasts more than 1000 hiking routes, 630km of cycling and mountain bike trails and 10 lakes makes it a magnet for city slickers. For a while in between, it even got pigeon-holed as a spot for the more gentrified and geriatric, but now, it has finally managed to shed that image.

Today, Baden-Baden, has transformed herself from a grand old dame to a young and vibrant  cultural capital housing one of  Europe’s finest modern art collections and its second largest concert hall in Europe. According to Frank Marrenbach, CEO, Oetker Collection of hotels, that owns the legendary Brenners Park Hotel, “The city isn’t afraid to evolve.”

But the town’s concert hall wasn’t the reason why I was in town. For me, it was a starting point to get some much needed exercise and I was planning to hit the hiking trails with a vengeance. However, much to my surprise, my hosts, at the Brenner’s Park Hotel and Spa, had other plans lined up for me. On day one, the concierge asked me If I would like to take a stroll and visit the Klima Lounge. I assumed it was a spot where I could have my morning coffee and croissant. Imagine my surprise, when instead, it turned out to be a lounge for classic high-end cars! In here, each of the coveted twelve parking spaces, were securely locked in a garage area, completely hidden from public purvue, almost as if straight out of a Bond film.

A staff member went on to explain to me about all that went into maintaining this exclusive space. “By applying the latest technology, the temperature is continually monitored and the humidity level kept constantly under 50% to prevent rust. The use of state-of-the-art equipment and modern insulation methods creates the perfect conditions in which to store and preserve valuable cars,” said the staffer.

Every year vintage car enthusiasts roll into Baden-Baden for the Concours d’élégance automobile where the entire town transforms into an open-air museum of vintage design. For the duration of this event, many of the classic cars taking part are housed in the hotel's Klima-Lounge "car humidor." Here, ionizing techniques ensure that the Klima Lounge is supplied with fresh, clean air, free of undesired, quality-reducing organisms such as bacteria, fungal spores, gaseous pollutants and smoke particles. In fact, the attention to detail at the Klima Lounge can be seen in the manner in which how each of the twelve parking spaces have even been equipped with their own electrical sockets to which the vehicle can be connected. 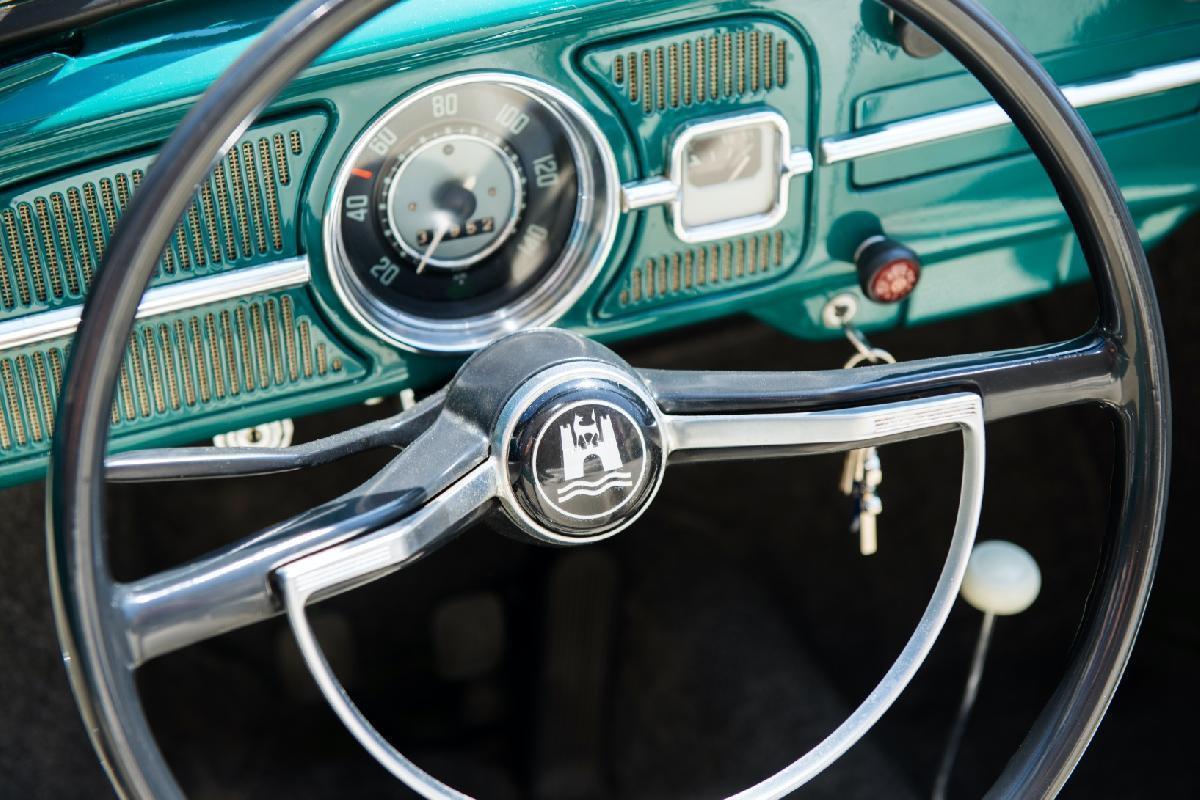 For my drive around the fringes of the Black Forest region and the lake I was goaded into a Volkswagen from the stylish 50’s, the VW Samba. Yes, the VW Samba, one of the most recognisable camper vans in the world right from its inception in 1950, which was manufactured at their VW plant, in Wolfsburg, until 1967, and which today, has gone on to achieve a cult status of sorts.

I didn’t think it was much of a looker and thought no more of it than a mini bus, but it turned out to be pretty darn spacious for a gourmet picnic around the picturesque surrounding villages and Black Forest trail overlooking castles, waterfalls and the magnificent countryside. The VW Samba’s chunky, unsophisticated look, I was given to understand, was in fact, it’s USP. Thanks to its practical interior, it was from its early years, a much coveted vehicle, and has over the course of time, helped shape the image of many cultural movements.

For those who fancy a longer drive, you can opt for the three and a half hour scenic route between Baden-Baden and Freiburg, a charming university town. The route via the A500 is an experience in itself with views of the valleys on either side while you experience the tree-lined pathways whizzing past. But it is in taking diversions down the small roads into the valleys that you will actually get the full Black Forest experience, with hamlets of little chalets scattered across sunny meadows.

However, I recommend not only driving but also walking around and taking in the scenic places so that you don’t return with that gnawing feeling of incompleteness, not having made the most of your trip. So, when you do decide to take a break from driving there’s plenty to do. From plenty of handicraft stores that sell old rural crafts such as the cuckoo clock and figurines fashioned out of wood, you can even try your hand at glass blowing at the edge of the woods onto the plain at Wolfach.

Would you believe there are 14,000 micro-distilleries making Schnapps in the region’s small farms! Don’t miss the Schnapps trail out of the little town of Sasbachwalden which was voted the prettiest in Germany. Of course, it is not recommended for those who’re driving because it is easy to get sloshed on Schnapps as each home offers samples and a donation box at the end but the others who are not driving can partake of it.

Another scenic place worth stopping  is Triberg. Straight out of a Grimm’s fairy-tale, its windy streets, full of cuckoo-clock makers and wooden houses, are ensconced around  Germany’s highest waterfall, Triberg Wasserfälle.

Finally, it was Freiburg, a town of superlatives that signalled the end of my drive. Besides being the largest town in the Black Forest, and one of the richest in Germany, it also happens to be one of the greenest towns in the world! In fact, would you believe that it’s centre has been car-free for over 40 years! This has resulted in creating a pristine, bucolic atmosphere around its cobbled streets, Cathedral square and Canalside craft shops. Talk about a country that manufactures some of the finest marques in the world and also knows a thing or two about keeping it’s town centre car-free. You could call it the yoking of two contradictory ideas, but I’d much rather call it, a fine balance.

Fareeda Kanga is a travel and features writer who specializes in luxury travel, esoteric experiences, and the culinary arts. Her articles appear in leading publications across the country.