Hrithik’s new ride is a bed of roses: Dilip Chhabria

Bollywood heartthrob, Hrithik Roshan, waltzed into fans’ hearts with his awe-inspiring dance moves in Kaho Naa Pyar Hai almost two decades ago, and the rest, as they say, is history. Few other stars have tasted the stardom and the hysteria that followed this young actor. Hrithik, with his Greek God looks, continues to be an enviable actor in Bollywood with an ultra-privileged lifestyle, and his garage boasts of some of the finest and shiniest metal out there. The star has now acquired a Luxury Multi-Purpose Vehicle (LMPV), a Mercedes-Benz V-Class, that lets him unwind between shots and also as doubles up as a Family vehicle while out on jaunts with his kinfolk. The man responsible for transforming Hrithik’s ‘Made in Spain’ Mercedes-Benz V-Class into an opulent space, is none other than Indian car designer, Dilip Chhabria, of DC2 fame, who has had the distinction and the privilege of designing a clutch of star cars over the years. 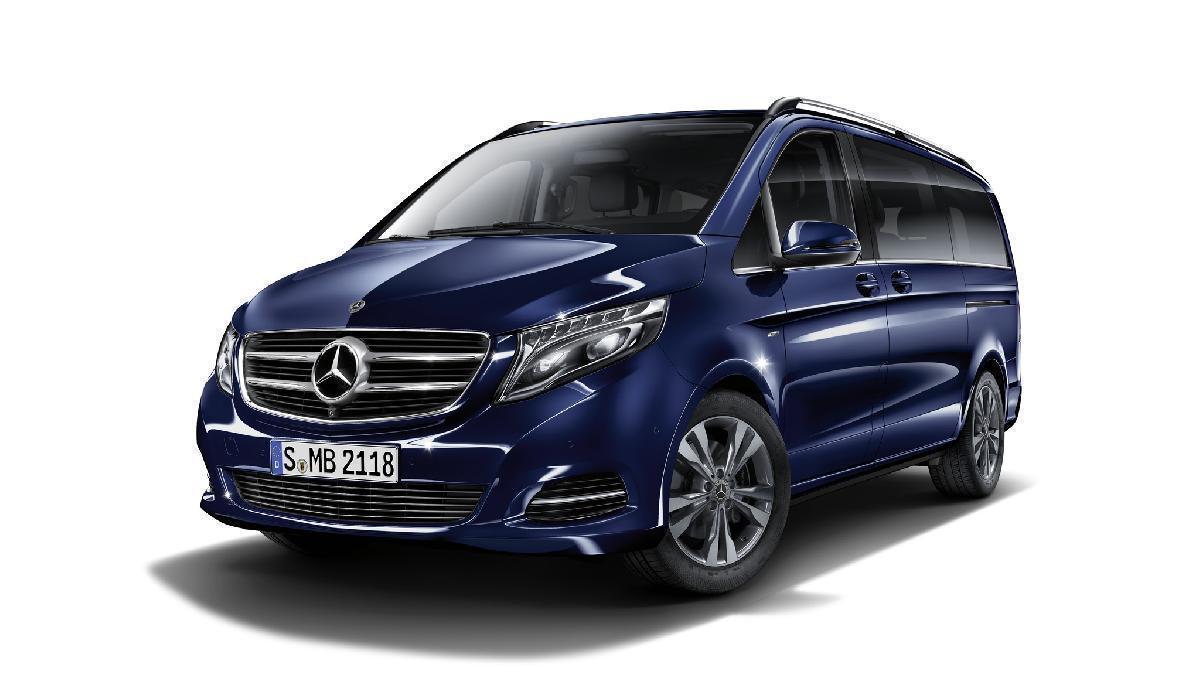 Dilip Chabbria, a graduate from Art Center College of Design in Pasadena, California, USA, has a long list of Bollywood celebrities (besides other celebrities) whom he has designed cars for, which include “just about every A list actor, from Amitabh Bachchan to Shahrukh Khan to Salman Khan to Sanjay Dutt and Anil Kapoor,” he informs us. Chhabria’s work speaks for itself and his skills as well as that of his team’s are evident in the finished products that his design studio, DC2, produces. “Automotive design is a very serious and expensive domain… no quirkiness here, also, our customers are not only global in terms of experience, taste, knowledge and wealth, but they are also over 40 years of age. Therefore, we are not catering to Johnny-come-latelies,” says Chhabria. He also goes on to make another important point. “It has never been our endeavor to stand out just for the sake of standing out. Of prime importance to us, is the need to cater to the customer requirement and seek his utmost satisfaction,” he says. 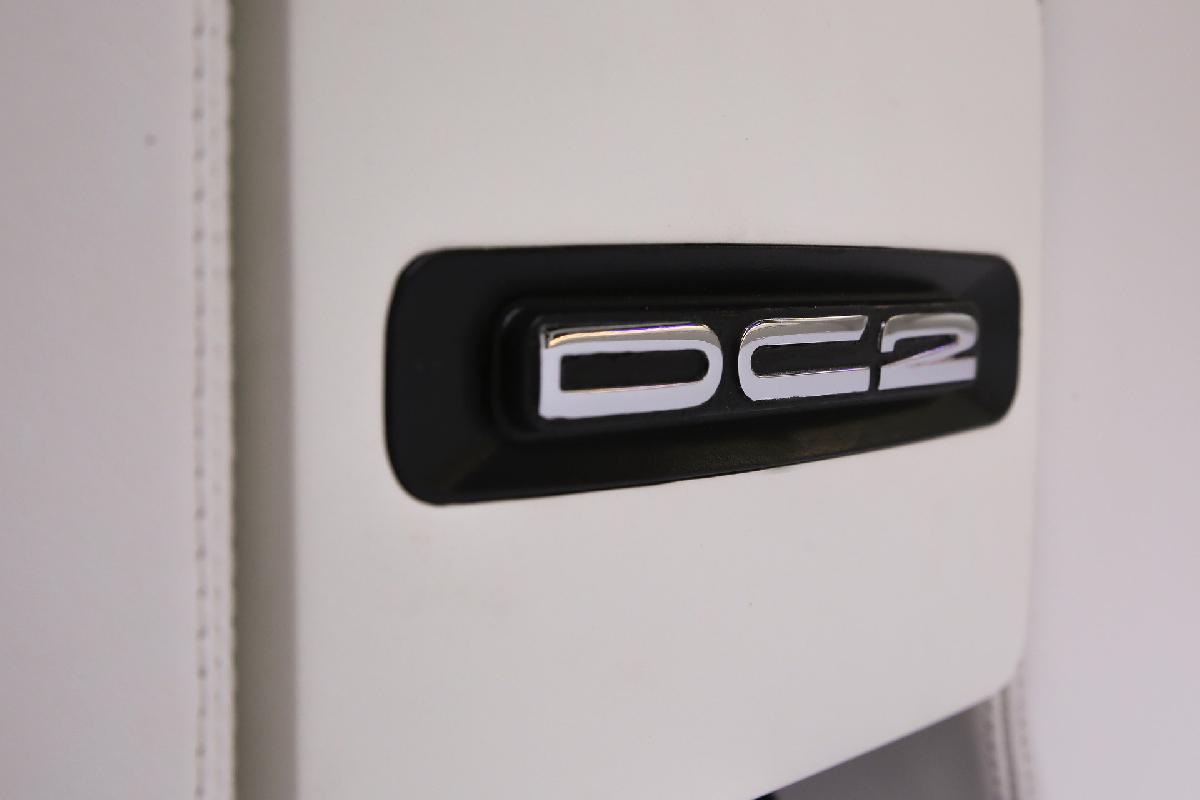 The Mercedes-Benz V-Class, was the second vehicle that Chhabria designed for Hrithik, the first one being a 12-meter vanity coach, which was delivered to him a decade ago, in 2010. From earlier interactions, Chhabria, observed that “Hrithik, is a perfectionist,” and says that that quality, about him, “hasn’t changed over the years.” He says, “my perception of Hrithik has always been that of a man who lets his performance do all the talking. He is a private person and he epitomizes exceedingly good taste which is reigned in, and he likes materials and aesthetics that don’t scream. I wanted to create a product that his compatriots in Hollywood should be envious of,” reveals Chhabria. 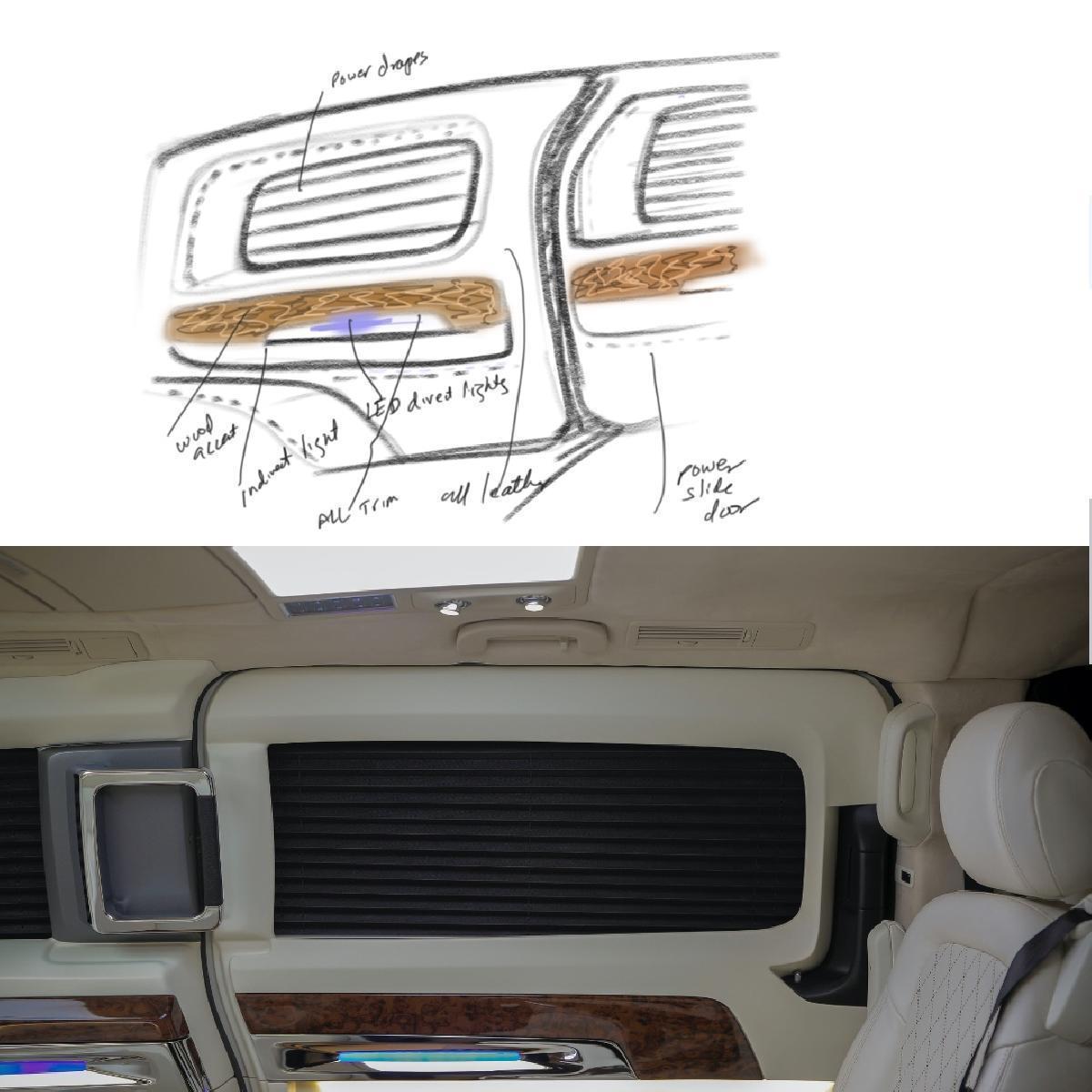 For the Mercedes-Benz V-Class, Hrithik’s brief was crystal clear. The exterior was to remain stock, as most of the customers in this segment want the ubiquitous quality of the original vehicle. For the interiors, Hrithik wanted “a high level of comfort [with] the ambience and features mimicking a private jet, the ultimate [in] bespoke luxury, combined with the versatility of being a four-seater to accommodate his family while also turning into a sleeperette for him while he was on shoots,” says Chhabria. “I was quite smitten by his knowledge of seating comfort and their contours thereof, and this was a good learning curve for us as well,” he says. “Most of the progress with us has happened because of their demands, which has actually helped us better our craft,” says Chhabria. 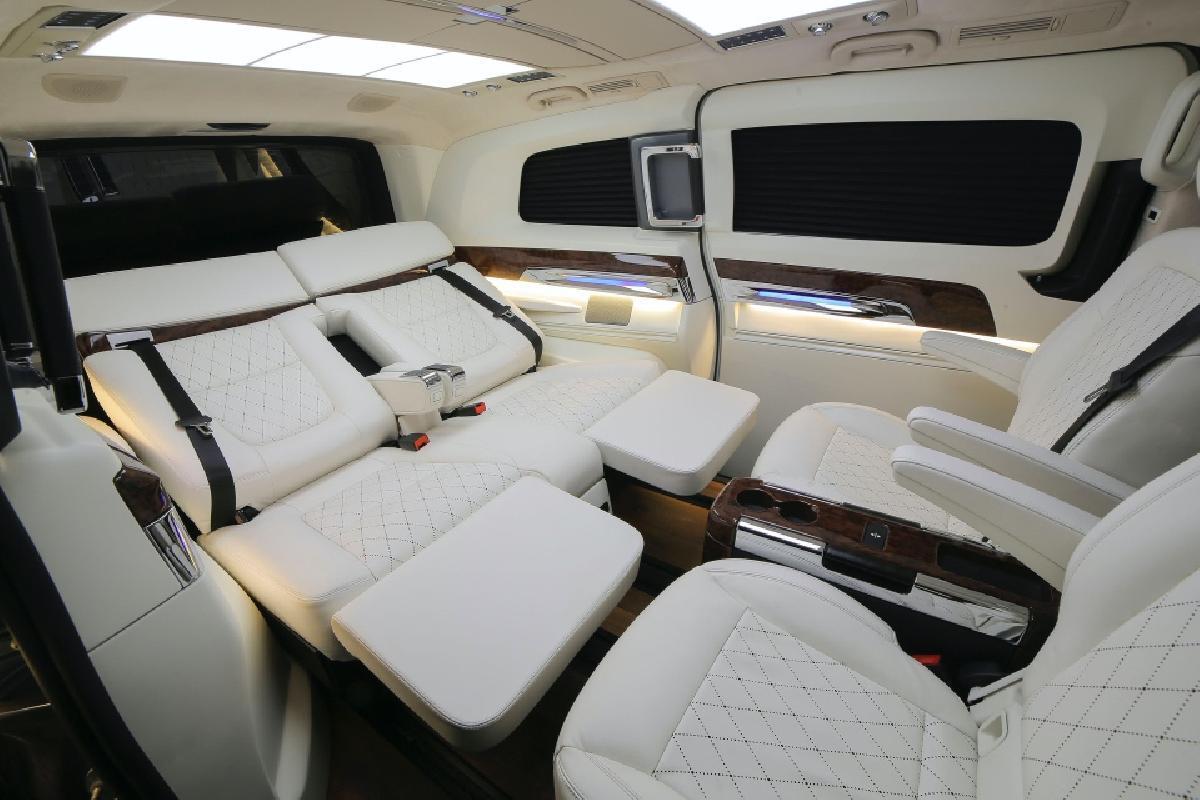 The fact that the Mercedes-Benz V-Class is not a sedan but an LMPV, “it comes with a very spacious interior volume, akin to a rectangular room, and the fact that ultimate luxury can well be measured in cubic feet, we had a large canvas to play with, in terms of aesthetics, features, technology, materials, comfort and privacy,” says Chhabria, who went on to give Hrithik spectacularly well-crafted interiors on his vehicle. 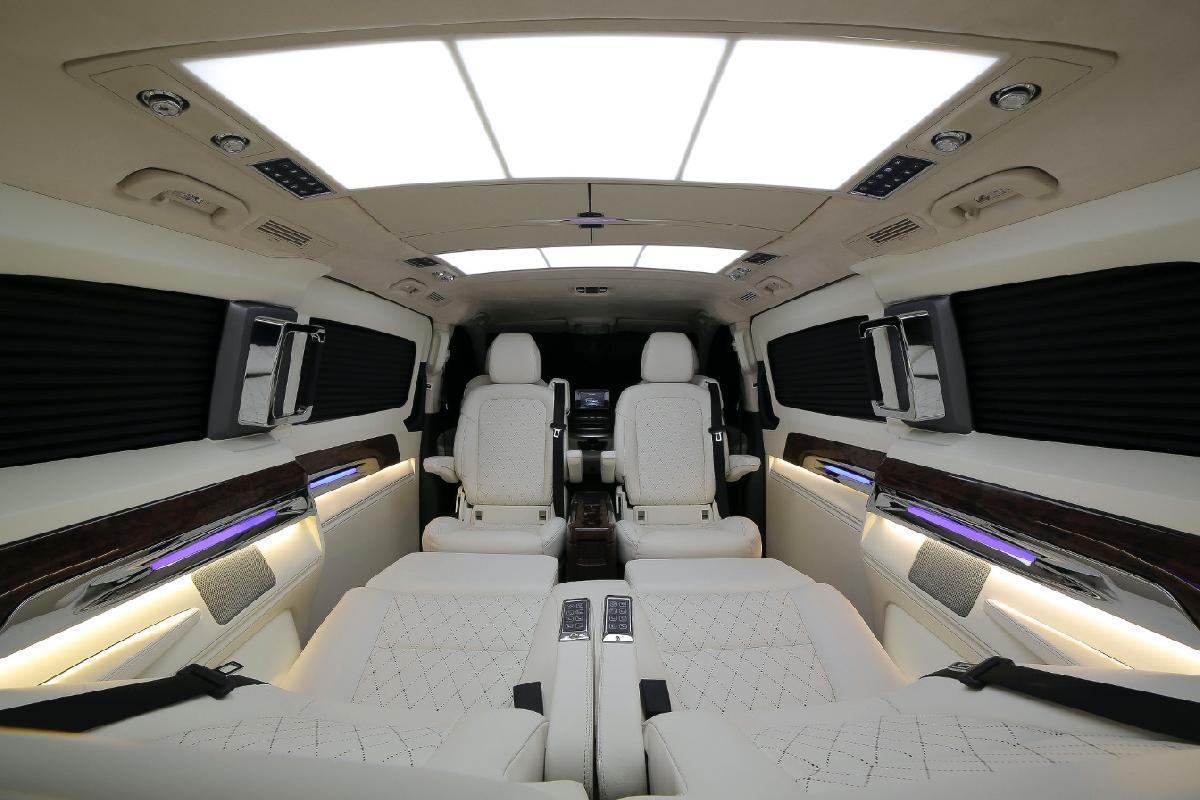 “The interior is restrained yet distinct in terms of aesthetic, [it is] a kind of amalgamation of German and Swedish design fusion,” explains Chhabria. The LMPV also boasts “Carbon Nappa leather, Alcantara, cut pile carpeting, wood flooring, Anechoic insulation, power actuators, LED lighting, ambient lighting, skylight, [along with] every comfort function power in the sofa and seats,” informs Chhabria. 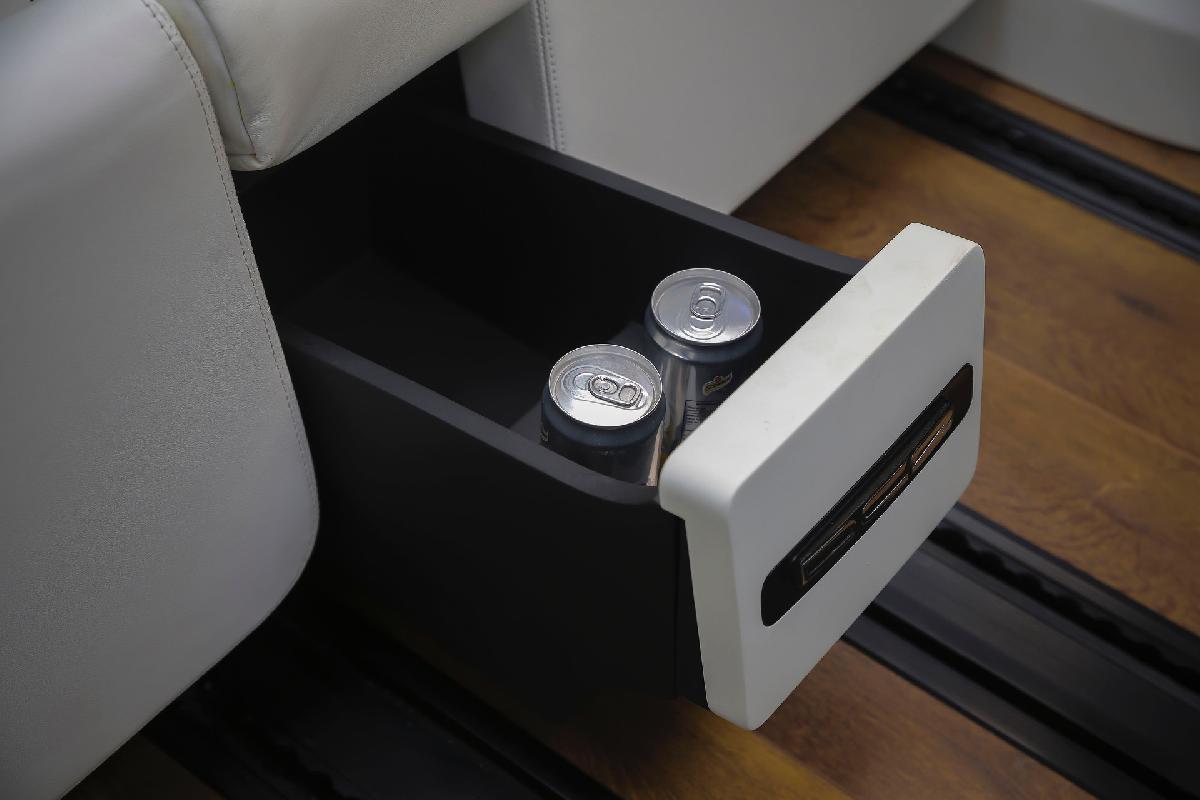 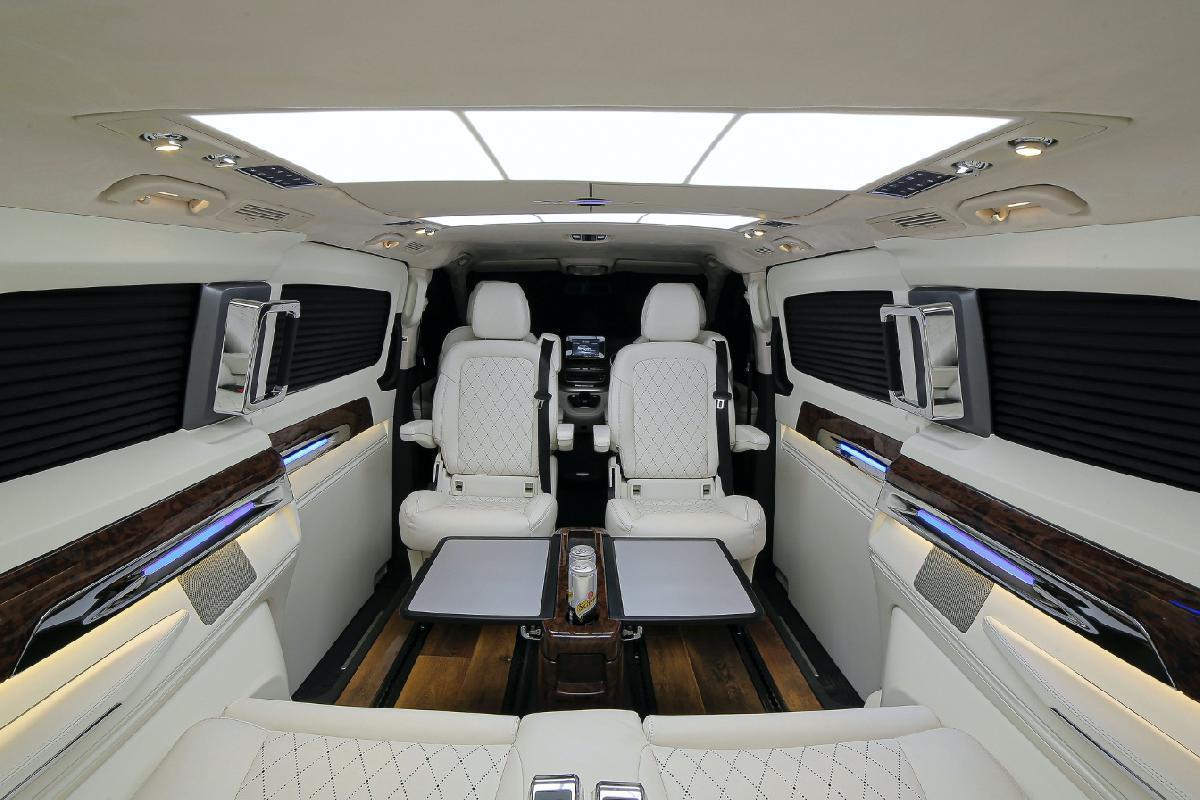 Ask him about the one area of work that may have posed a problem on Hrithik’s LMPV and he says “we’re proud of the extremely difficult skylight with power actuated mirrors, all in 10mm thickness. The roof alone took more than 50 per cent of the time. The challenge in such vehicles is how do you aesthetically align the interior panels with the sliding doors.” 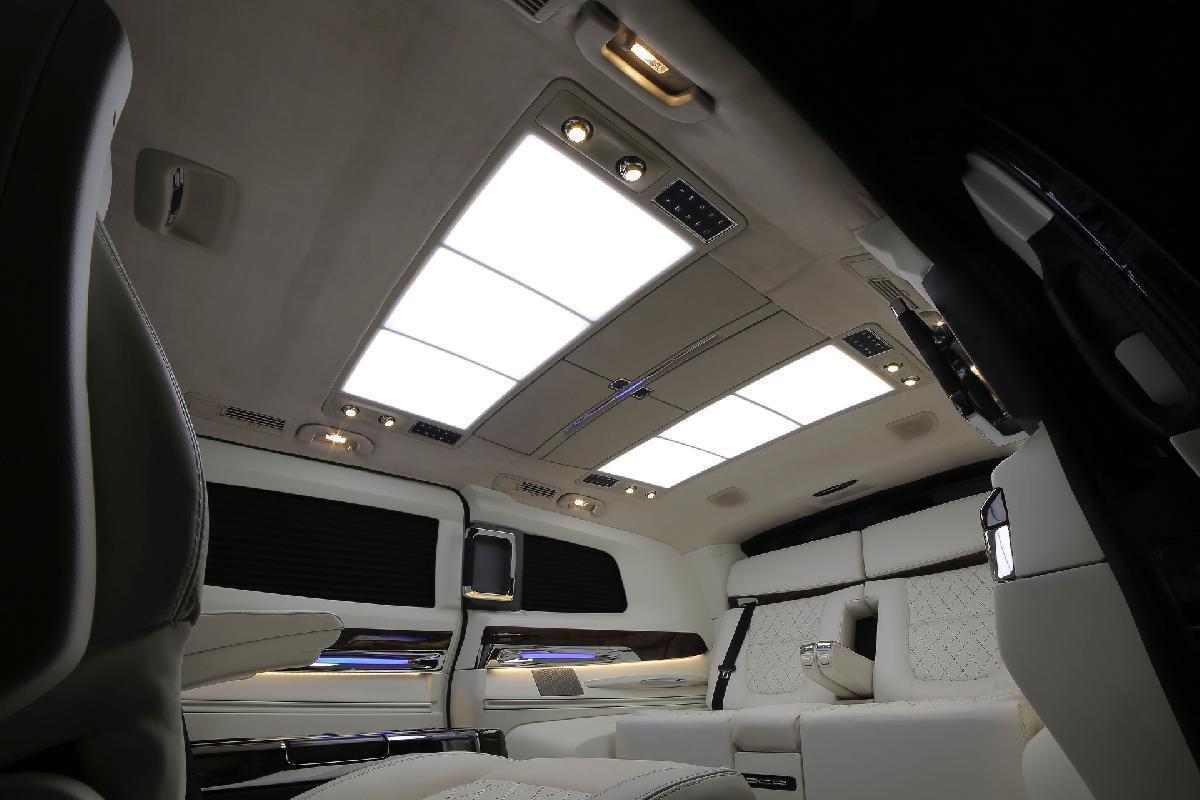 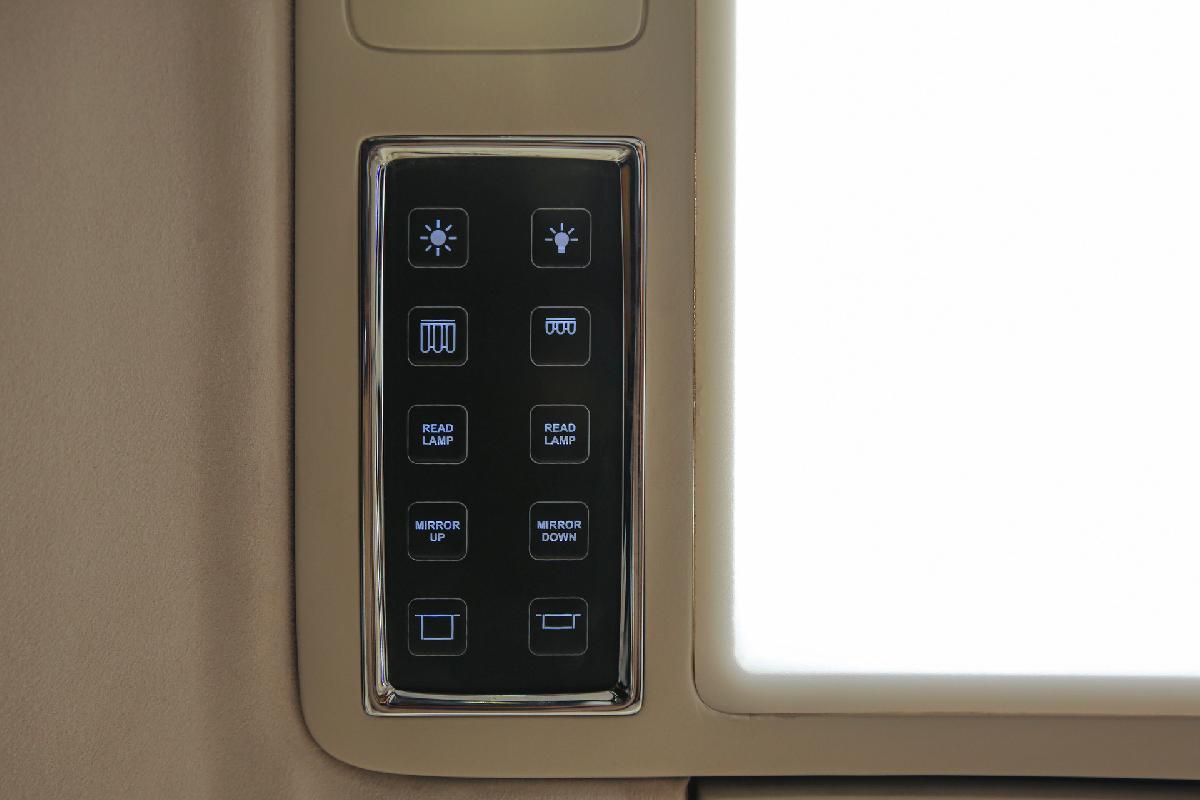 For most vehicles, Chhabria says that they do not tamper with the driver’s cabin as “these are designed keeping in mind ergonomics and haptics" wherein “the elements are tightly organized so as to make it difficult to even accommodate a tiny USB stick. We never do any project for the sake of design alone, if we have to trade off on ergonomics or safety.” “In Hrithik’s Mercedes-Benz V-Class, of course, the driver’s cabin has also been spruced up with matching colours and trim,” says Chhabria.

About working with Hrithik, Chhabria says “we went through the design briefs twice creating 1:1 floor layout and then a trial at the penultimate stage. He does seem to be finicky at times, but most [of the times] our customers who have such demanding schedules usually are, and while he waited patiently for his vehicle, which took three months from start to finish, like most customers, he too desired it yesterday!”

Would you feel more confident travelling by your own car/bike during the Coronavirus pandemic, instead of using public transport?