Even better than the real thing

The Apache RR310 may not have been a runaway success, but TVS claims that the 2020 avatar offers much more than the usual visual and BS-VI engine upgrades. Is this the real McCoy?

Ever since TVS launched the Apache RR310 in 2017, the manufacturer has upgraded the bike almost every year. In 2019, this flagship model received a slipper clutch and a new gloss black colour. As impressive and value-for-money as the RR310 is, sadly, it never managed to take the market by storm. But TVS is in no mood to wave the white flag yet. Instead, after jotting down the feedback received, they meticulously worked on resolving the glitches. With the introduction of Bharat Standard VI (BS-VI) emissions earlier this year, TVS decided to not just update the engine but also improve the refinement level and equip the bike with a host of new state-of-the-art features. So, is this the comprehensive update that the enthusiasts have been desperately looking for or is it just a nip-and-tuck job? Well, read on to find out. 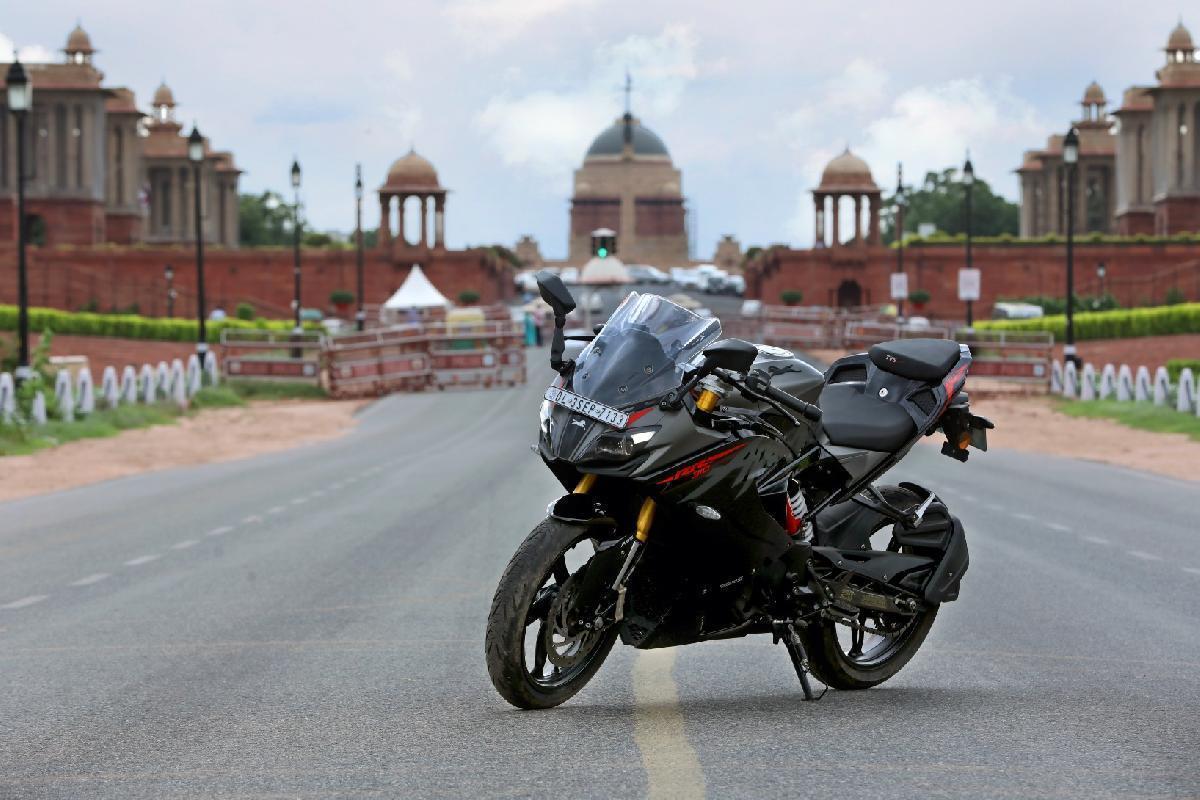 At a glance, the RR310 can easily be mistaken for a mid-sized 500cc motorcycle as it looks bigger than it actually is. The sports tourer’s design has been inspired by the shark and hence it boasts quite an aggressive stance. If you take a closer look at its silhouette, the sharp front fascia along with the twin LED projector headlamps come across as the shark’s snout and the high pillion seat rack resembles the tail fin. The 2020 avatar retains its styling cues from its older version but TVS has introduced a new dual-tone grey-black paint or as the manufacturer calls it Titanium Black with new graphics of the Apache’s name splashed on the fairing. The bike continues to be available in red, but unfortunately, the all-black colour which was launched last year is now scrapped. 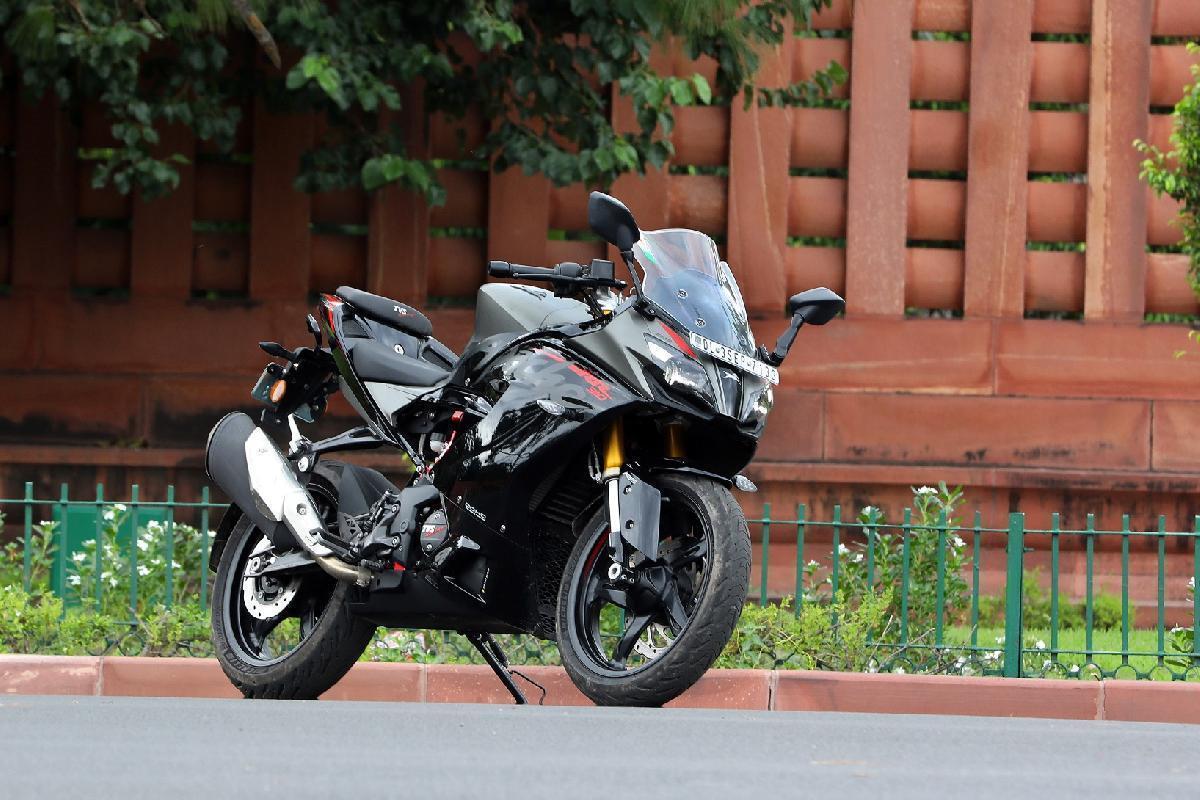 The RR310 now comes fully loaded with features starting from the new 5-inch vertical colour TFT user interface which comes with Bluetooth connectivity and lets you sync the mobile phone with the SmartXonnect app. The app reads out stats like ride pattern, lap time, service alerts, call notification, doubles up as a navigation system and much more. Furthermore, the RR310’s most important upgrades have to be the four riding modes — Rain, Urban, Sport and Track — and the ride-by-wire throttle system. We will get to the modes in detail a bit later. Apart from this, there are three levels of ABS. Keeping safety in mind, ABS is the most sensitive in Rain mode, normal in Urban and Sport and the least intrusive in Track mode. To control all these functions on the go, the bike is equipped with a new set of control switches on the left handlebar, similar to the segment leader, the KTM Duke 390. 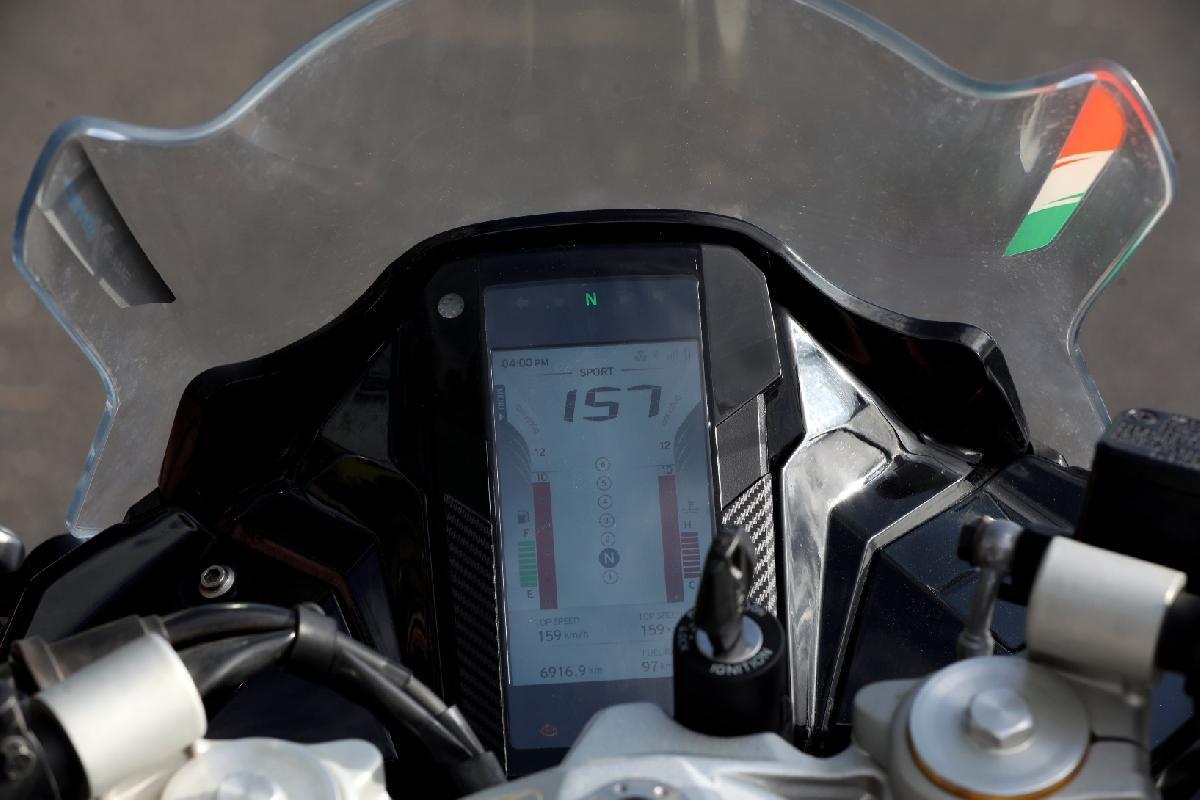 With so many new toys to play with, have the four new riding modes really changed the nature of the 312cc engine? It certainly has as it is more capable of dealing with different riding conditions. On Rain or Urban mode, the power output is limited to 25bhp @ 7,600rpm with 25Nm at 6,700rpm, while the Sport and Track unleashes 33.5bhp @ 9,600rpm and torque of 27.3Nm @ 7,700rpm. Now all these specs read really well, but we tested the RR310 in real-world conditions. 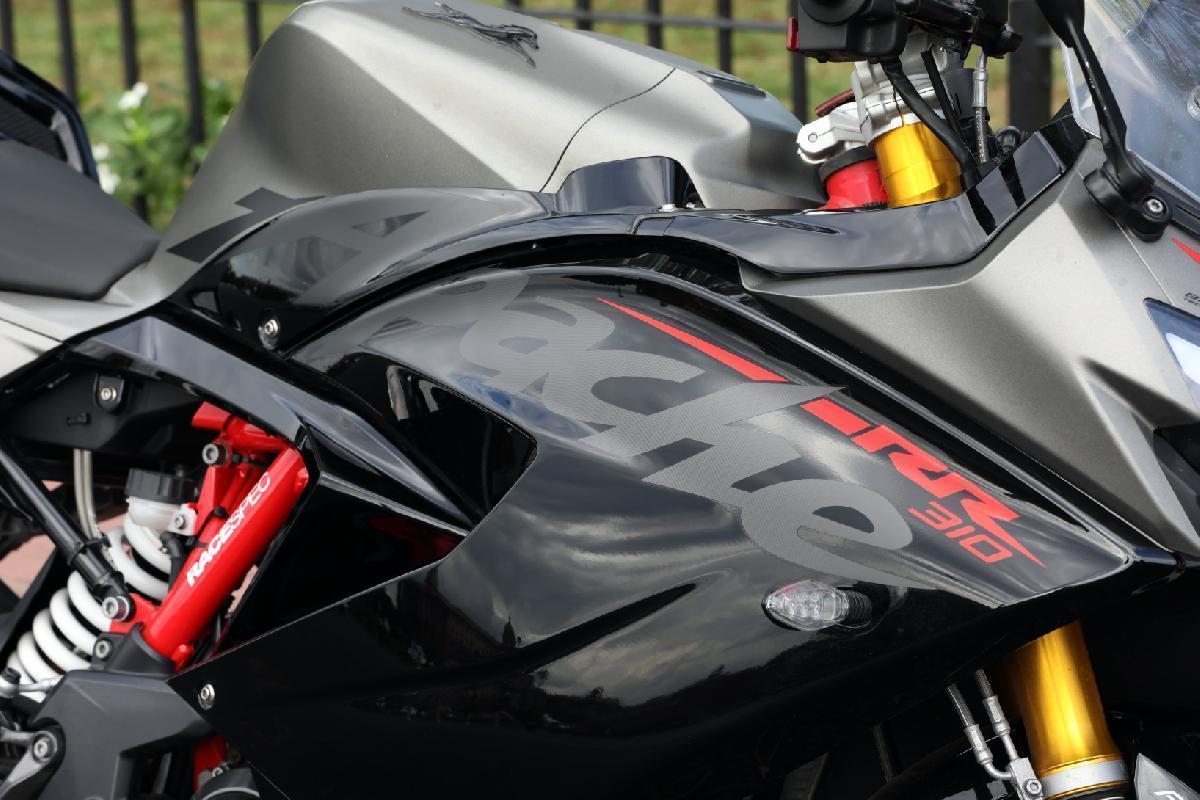 Press the ignition button and sadly, the exhaust note still sounds rough and crusty only a very mild improvement over its predecessor, but it still needs work. I first opted for Urban mode as the slow-moving traffic offered the perfect scenario to find out how the bike behaves in these conditions. To my surprise, the throttle response was linear and not sluggish or laborious as I expected it to be. Of course, it’s not quick off the mark, but then this mode isn’t supposed to be. Realistically, it cruises comfortably at 60-65 kmph without any hiccups, which a decent speed in the city. The only time I felt that the engine's output is cut down by roughly 8.5bhp was when I wanted to quickly overtake a vehicle… the power builds up in a controlled manner. I couldn’t test the Rain mode as the monsoon had eluded us and it was bone dry weather in New Delhi. 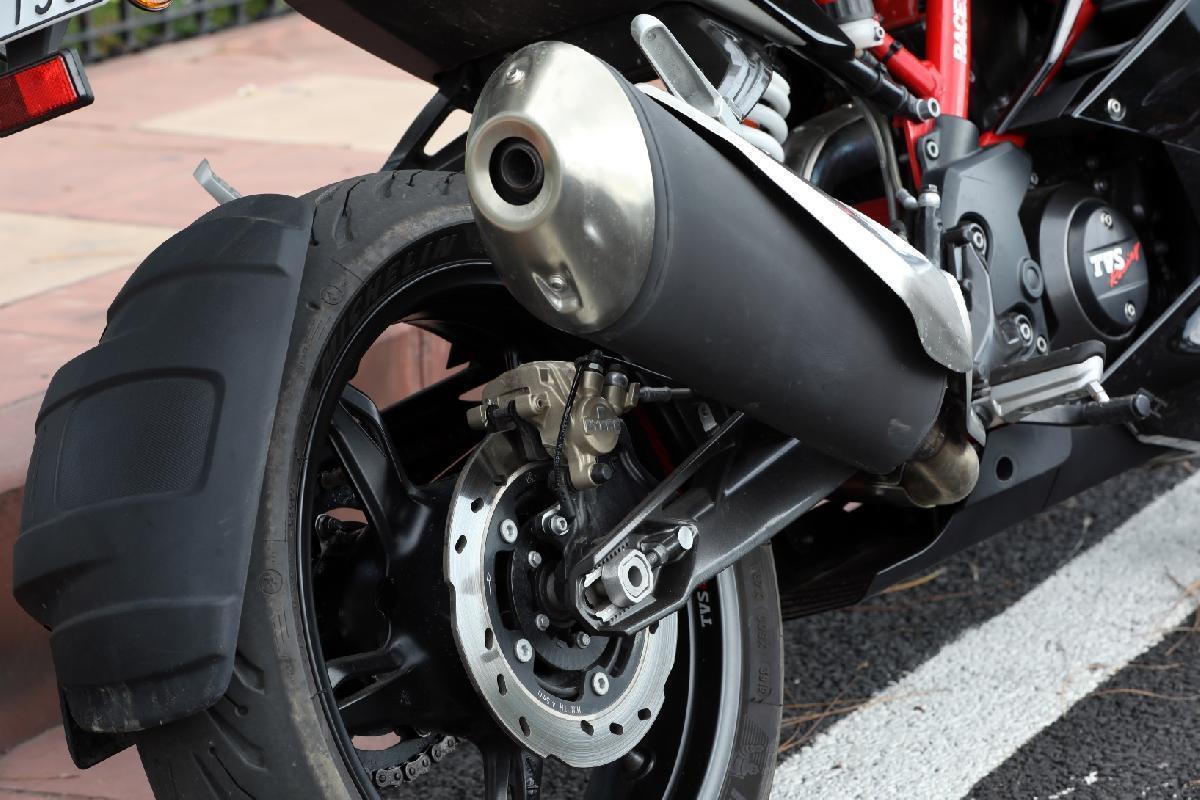 After meandering my way out of the city, I finally hit the highway where I switched to Sport mode. Anxiously waiting to find out how the RR310 would react, I opened the throttle and it almost yanked me away. My first reaction was this isn’t the same bike I rode last year. What was even more impressive was that it zoomed past the three-figure mark without breaking into a sweat and was raring to go without any stress. Now, according to TVS, its top speed is 160 kmph but I have a sneaking feeling that if you take it on a track, it could surpass that. One of the key highlights of 2020 RR310 is its much-improved refinement level. The previous version was marred by vibrations coming from the seat, footpegs and even the fuel tank, but now all that has been ironed out. The only time I felt a mild buzz was at slow speed, but that too after a while disappeared. 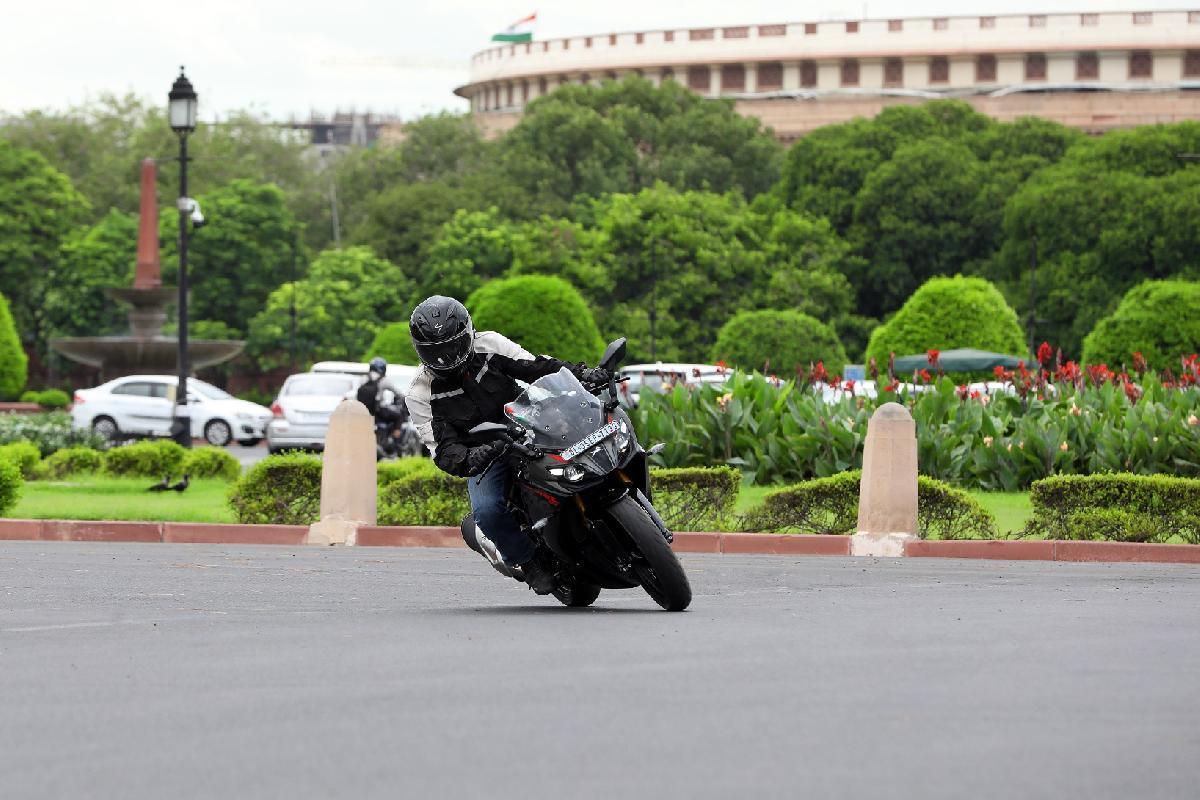 As much fun as the Sport mode was, I decided to take the fun a notch up and switched to Track mode. With limited ABS intrusion, the RR310 freely takes on corners but letting you have total control of the bike. For all those who love trail braking, you can late brake and sweep past the curb at the same time without second-guessing the sports tourer. Apart from the Track mode making the RR310 more dynamic on turns, a lot of credit goes to the new set of tyres, the Michelin Road 5, which offer a much superior grip over the Pilot Street tyres. Not only do these sticky tyres improve your lean angle and let you scrap the footpegs easily, but they’re also known to offer greater stability and support in wet conditions. 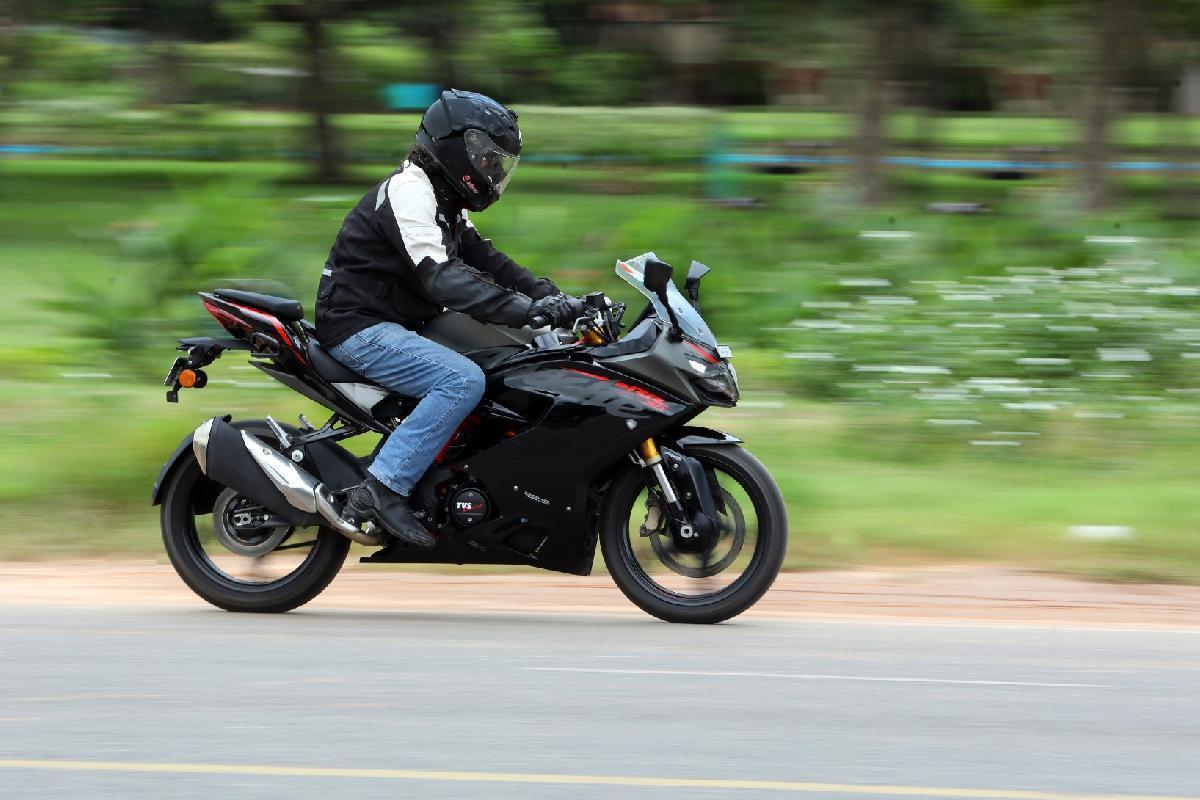 Now for the big question. Is the RR310, costing INR 2.45 Lakh (ex-showroom Delhi) a complete package now? The answer is yes and in many ways. Its trellis frame had always made it a great handler as it can be flicked from side to side effortlessly. 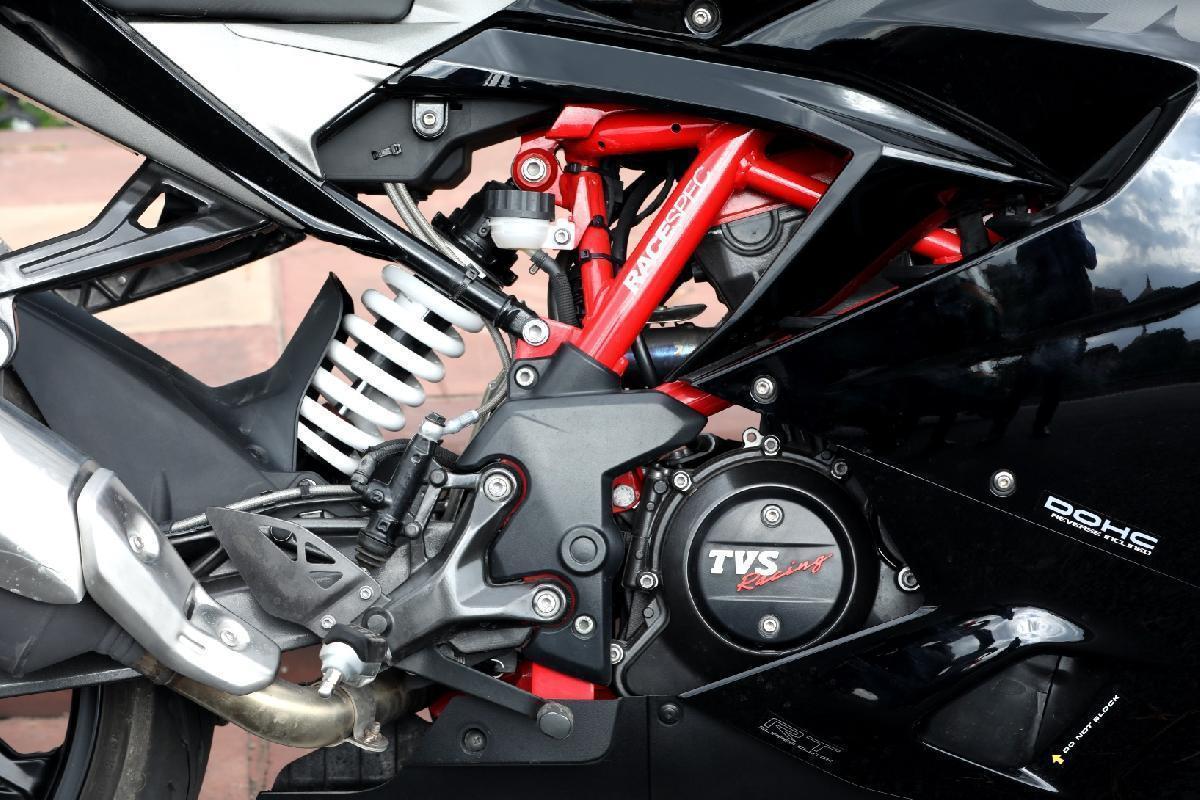 The engine is tractable and stays true to its ride modes. In terms of ride comfort and ergonomics, it’s one of the best in the segment and on long hauls the experience won’t be demanding and strenuous. With a range of new riding aids, upgrades, technology and INR 12,000 cheaper than the 390 Duke it is the most affordable and complete sports bike you can get your hands on in the market right now.