Gettin Jag XE with it

The Jaguar XE P250 SE is a truly indefatigable car, best enjoyed by those behind the wheel

The problem with driving something super sophisticated and sporty, such as the Jaguar XE P250 SE, is that it takes some determined effort, to shift focus, and start liking anything else, long after the Press demonstrator has gone back. That the Jaguar XE P250 SE, happens to be one of the finest driver-focused cars out there, the kind that not only brings a song to your lips, but also makes your heart leap with abundant joy, with the slightest throttle inputs, is truly, no exaggeration.

It must be stated at the outset, that the Jaguar XE P250 SE, is a handsome car. It’s long-sculpted bonnet, its prominent nose, sports car-like handling abilities, and a stonker of an engine  elevate the lithe, four-door sedan, to a whole different level. Then, there is the new glossy black grille, the black window surrounds and the glossy black side power vents which go a long way in enhancing the sports saloon’s style quotient. Oh, and it looks swell in Caldera Red! 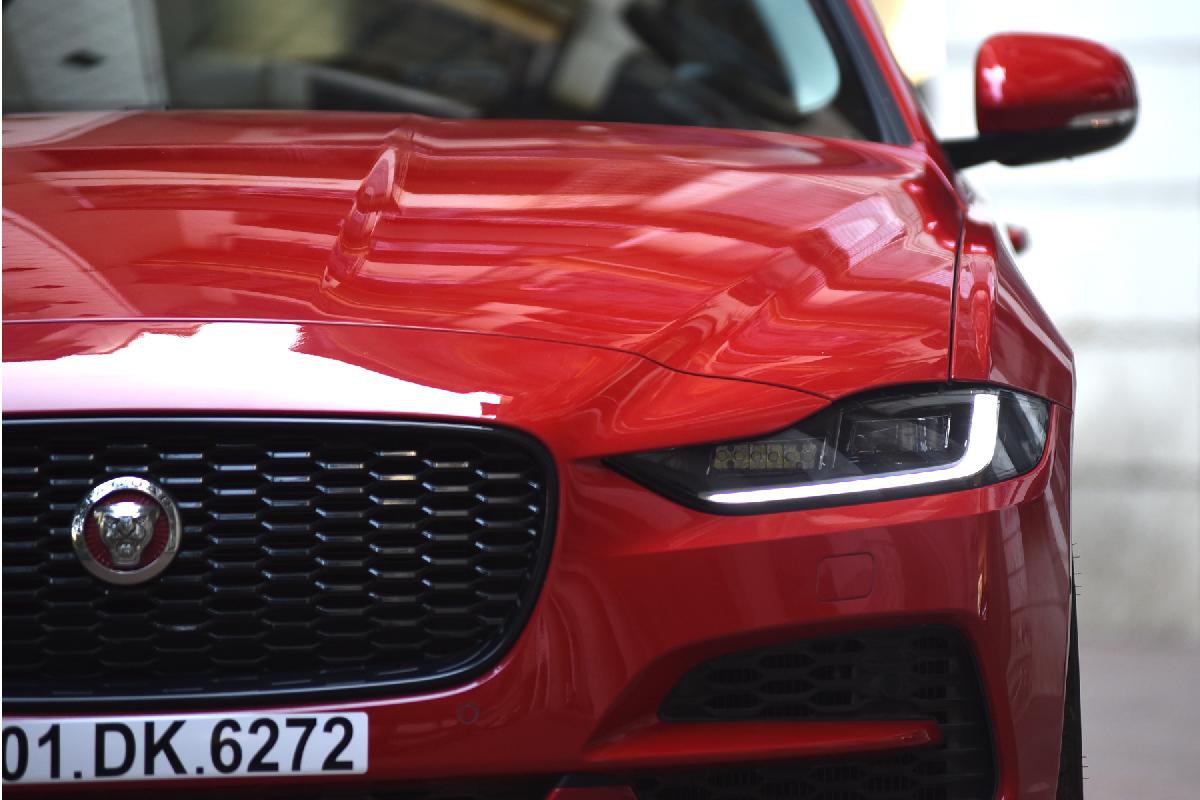 Check out the jewel-like LED headlights with signature DRLs (Daytime Running Lights) on the Jaguar XE, and you will be forgiven for thinking you’re shopping at Tiffany & Co! Even the chicane shaped LED tail lights, have been so impeccably incorporated into the boot, in a way that make them really stand out, mainly for their proportions, as they wrap themselves from the side of the car body to the rear of the boot. Everything just flows so seamlessly, in terms of design on the stunning Jaguar XE P250 SE. 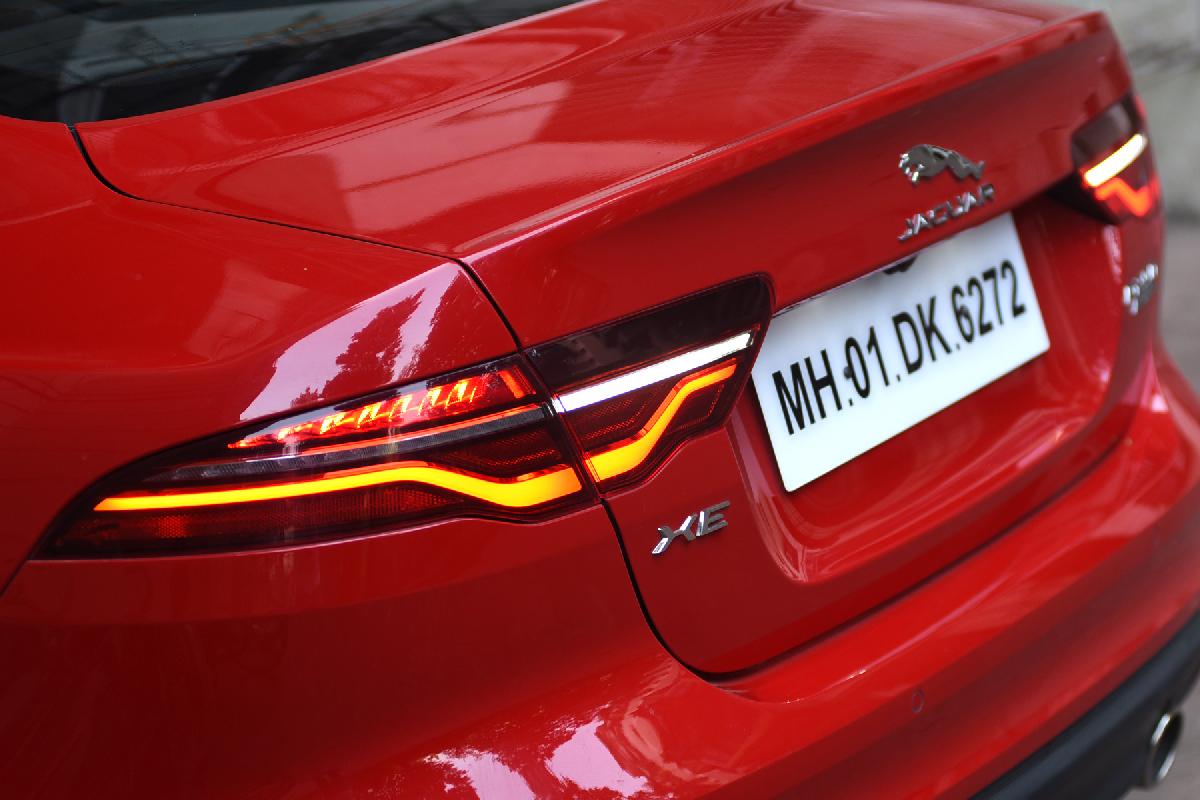 The car also gets an elegant black interior with black grained leather seats as well as a beautiful selection of premium materials and fine finishes that further enhance the experience of both, the driver and the passengers. Once inside, you know that the car has been designed by people who understand luxury, and have gone the extra mile to ensure that their buyers get that premium feel, once seated inside this tastefully designed car.

After getting behind the wheel, I was really taken in by their cockpit-like interiors which almost enveloped me with its wraparound-like dashboard making me feel truly well-ensconced inside the Jaguar XE P250 SE. I really liked the fact that the cockpit was clutter-free, minus the gazillion physical knobs and buttons that many car manufacturers often have, despite being in the touch screen era. These things really tell you how deeply the designers have thought about the driver and the occupants who will be using the car for many years to come. Lots of cubbyholes and storage compartments ensured that my phone, tea flask, sunglass case, and iPad, fit into dedicated spaces, always a good thing, instead of having them rattling about while driving, which can be super annoying. 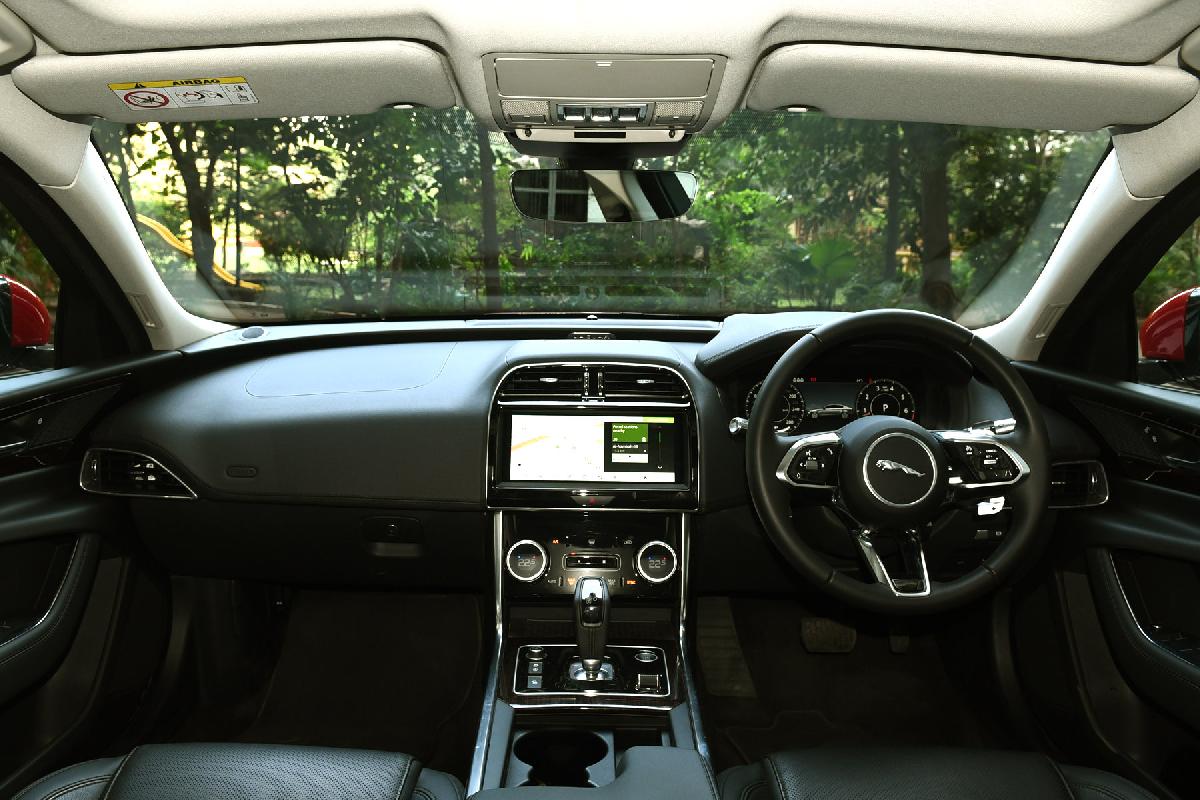 In the front, there is 971mm of headroom and 1055mm of legroom, for the driver as well as the passenger, whereas both, the headroom and the legroom at the back is a bit tight with 948mm and 889mm respectively. You will definitely want to get into shape, if you’re considering buying this car. 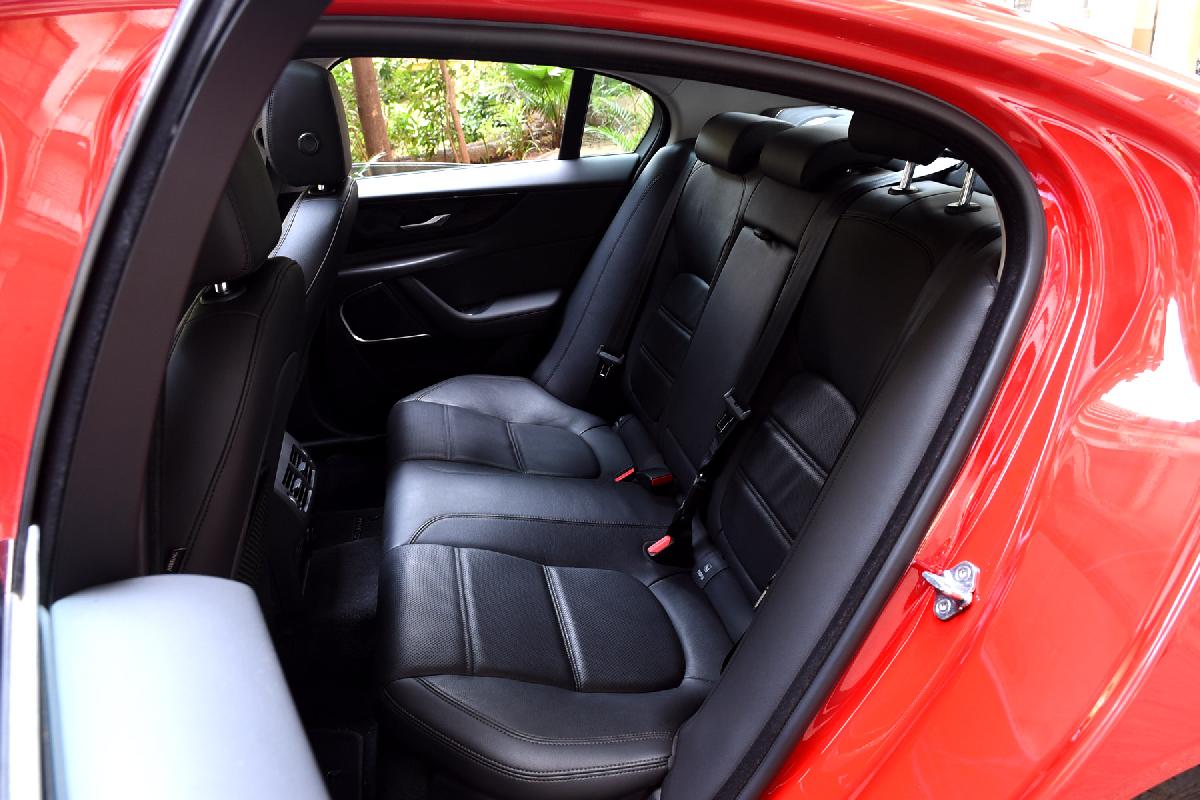 For connectivity, information and entertainment, there is the Jaguar XE P250 SE's 10-inchTouch Pro home screen that comes along with an interactive side panel where you can do a host of things with multimedia, including play music your favourite songs from your own collection. The Interactive Driver Display is also a really crisp one, making your in-car experience a truly enriching one every day. 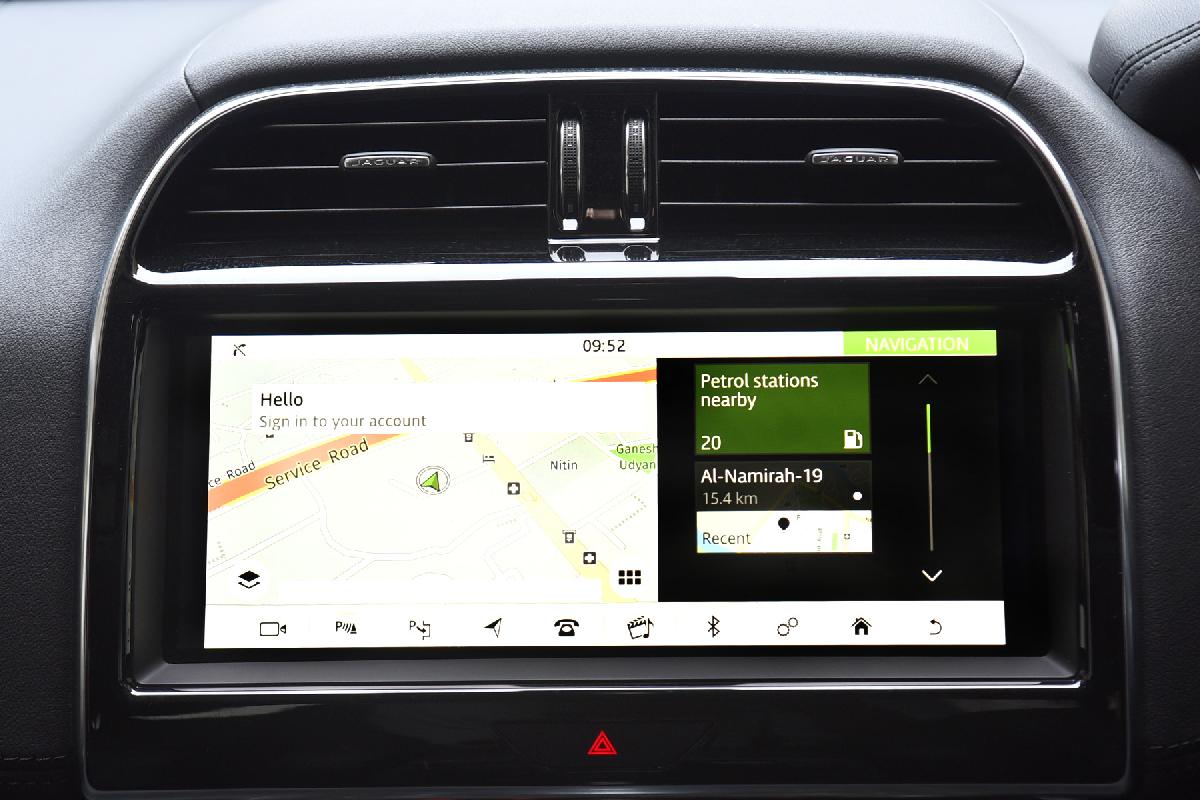 The Jaguar XE P250 SE's boot boasts 410-liters of space, and comes with a spare tire that is located within the boot itself, atop which can sit a fairly large amount of luggage, especially for those weekend getaways. 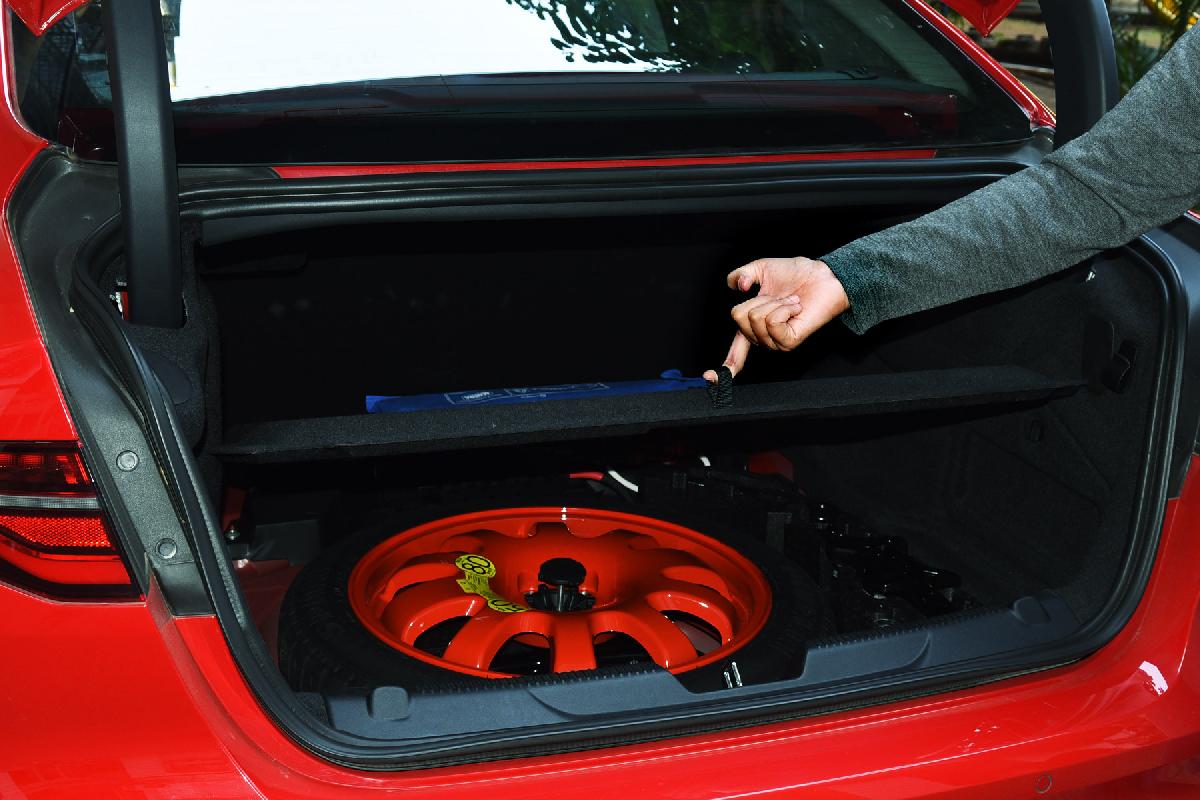 The Jaguar XE P250 SE boasts a powerful 4-cylinder, 2.0-liter turbocharged, petrol engine (1997cc), that belts out maximum power of 184 kw@5500 rpm and 365 Nm of torque@1500-4000 rpm. The car with its 8-speed ZF transmission, is insanely fast, thanks to its high-revving petrol engine and I really enjoyed flooring this red beast which is capable of 0-100 in 6.5 seconds and reach a top speed of 250 kmph. A lot of this has to do with the lightweight aluminum alloy engine that allows for this agility, combined with the fact that the car’s unladen weight is merely 1639-1655 kg which adds to this car’s responsiveness.

The Jaguar XE P250 SE is an eager car and the best way to really experience the thrill of driving it is by putting it through the paces, like I did, driving it in different driving modes such as Comfort, Eco and Dynamic, to name a few, where the car delivered a different driving experience each time, as responses to the engine and the steering changed, based on certain parameters and driver inputs. At no point in time, did I feel queasy or uncertain about the way the car gripped the road, it was surefooted and felt rock solid at all times, whether I was driving straight or making tight turns really fast, I am happy to report that there wasn’t the slightest dip in power. The non-fuss, SportShift selector, worked splendidly, and the response at the slightest touch of the accelerator pedal was always that of an eager machine wanting to lunge forward with great gusto, much like its animal counterpart. It also exhibited splendid road manners especially during braking tests. 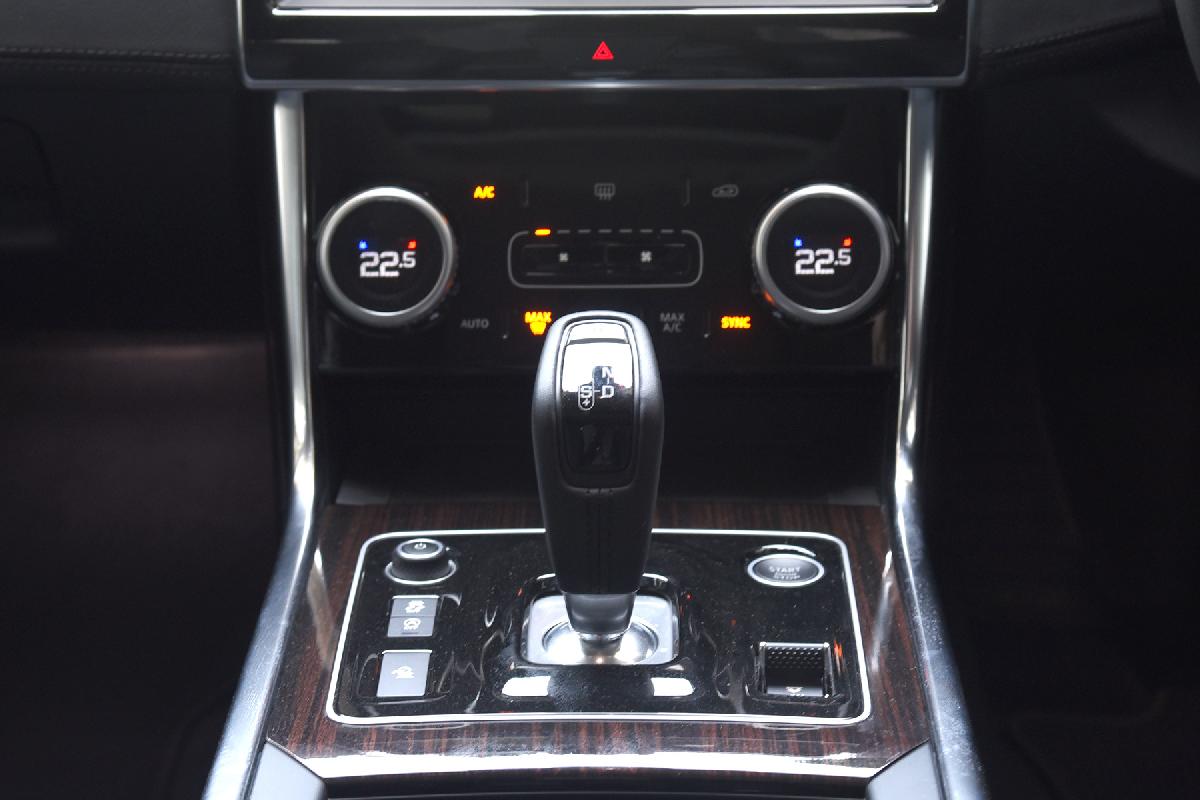 It is really difficult to find faults with such a beautiful, well-proportioned and supremely agile car, however, the only thing I wish the designers of Jaguar XE P250 SE would add to this magnificent machine would be ergonomic hand grips to their soft grain, well-weighted, leather steering, so that you feel more in control. At first, when I saw the steering, I did seem a bit concerned, having gotten used to the ergonomic hand grips on most steering wheels these days, and I will admit that the smooth round steering did take me a few long minutes to get used to, but the fact that the steering was meaty enough, helped. Having said that, the multi-function steering, did boast a lot of shiny buttons which allowed for several controls right at my fingertips, always a very good thing, which allowed me to keep my eyes focused on the road ahead. Also, I really liked the clean, easy-to-read, white dials of the Jaguar XE P250 SE, that just gave out relevant info at a mere glance, without any distractions, whatsoever. 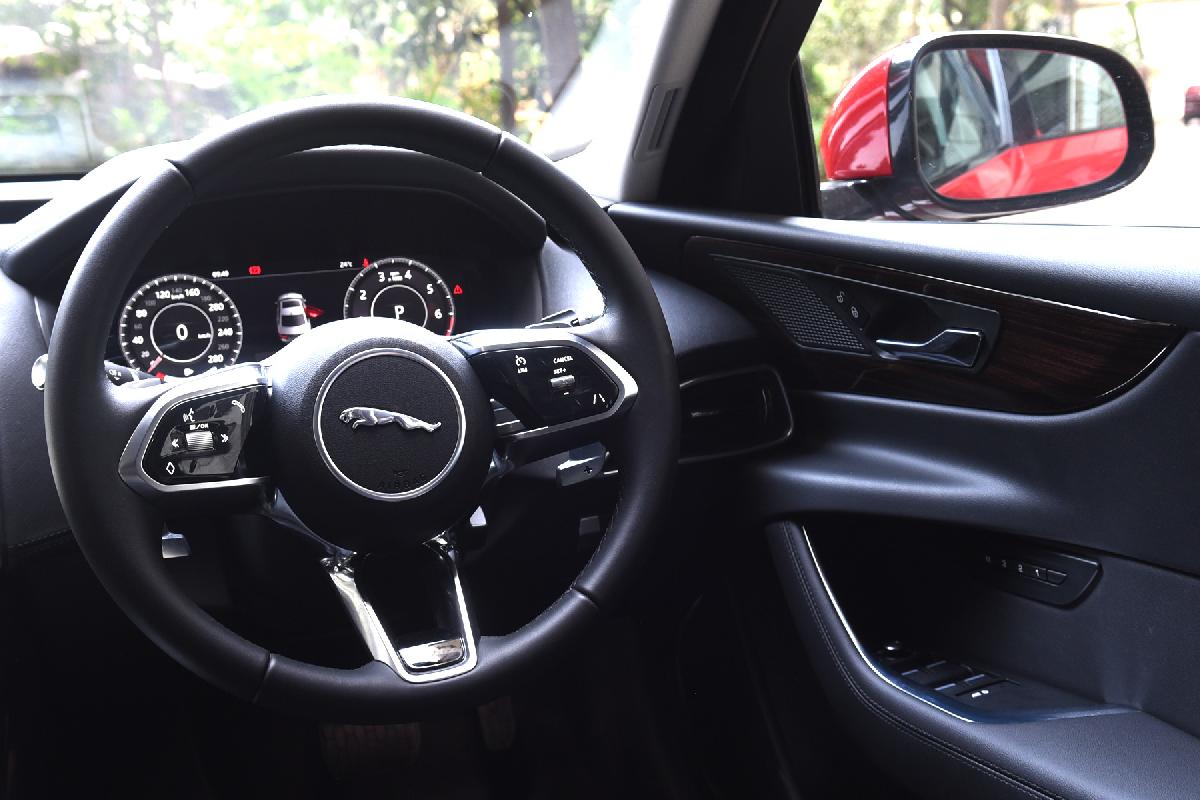 Top up the fuel tank with 61.7-liters of fuel, and set off on the road to freedom, in the stunning Jaguar XE P250 SE, which will give you not just a refined and luxurious ride but a very involved driving experience as well. At INR 46.33 Lakh, few luxury cars are able to marry design with agility as Jaguar XE P250 SE has managed to do so splendidly, and that is why it remains what it is – truly indefatigable in its spirit!