MG Gloster will get the job done.

MG Motor India has had a good run so far with the Hector, the ZS EV, and the Hector Plus. After giving Indians a taste of their “Internet Inside” SUVs, with the Hector and Hector Plus, as well as their Electric Vehicle, the ZS, MG, is now looking at further strengthening their brand, with the Gloster, which has been lined up for launch in the coming days. The Gloster, a luxury SUV, is in fact, a Level 1 Autonomous Vehicle, which was first showcased at the Auto Expo, in Greater Noida, earlier this year. With the launch of the Gloster, MG, will gain a firm foothold in the Indian market through its bouquet of new-age offerings – Internet, Electric and Autonomous vehicles – a big draw for Indian buyers, at least until competition decides to pull up its socks and offer comparable products in the same price bracket. Until that happens, products from MG Motor India will continue to evince interest from potential buyers who’re looking for vehicles that are especially big on technology.

It is interesting how MG Motor India, the Indian subsidiary of the Chinese auto company, SAIC Motor Corporation Limited, never lets you forget its British roots, and with the Gloster, it is no different. The Gloster, in fact, gets its name from a British Jet engine aircraft prototype, and proudly bears the Union Jack with the words ‘Brit Dynamic’ inscribed on it. 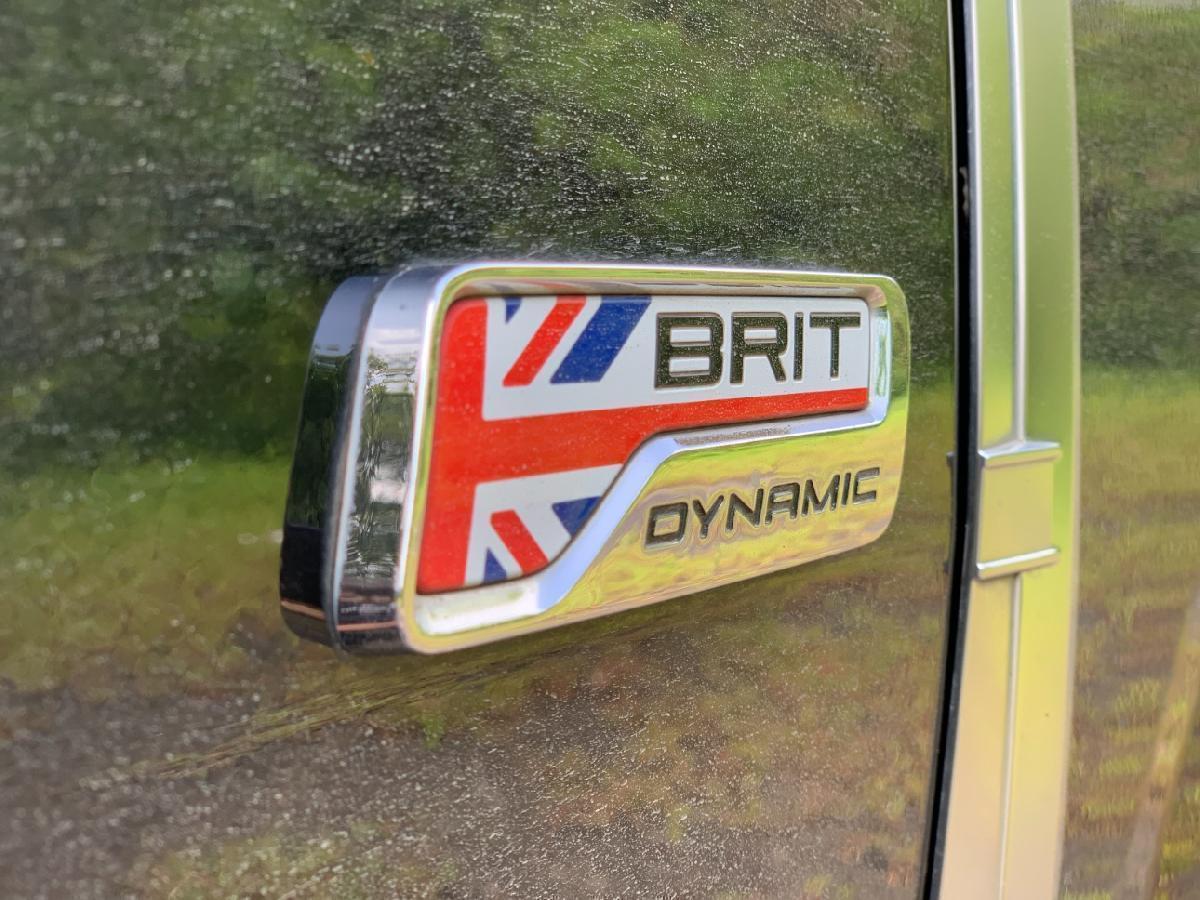 The Gloster is massive and not only do you feel dwarfed standing next to the 4985 mm long, 1926 mm wide, and 1867 tall SUV, but it also almost swallows you up inside making you feel like a puny little creature when behind its wheel. When compared to its rivals, the Ford Endeavour as well as the Toyota Fortuner, the Gloster, is longer, wider and taller. As far as comparison with the Mahindra Alturas G4 goes, it is longer and taller but loses out by 34 mm when it comes to its width. However, overall, the Gloster, is an imposing SUV that can easily seat six or seven, depending on the variant you choose. (It is available in four variants, Super, Smart, Sharp and Savvy.) Available as a 2.0L Turbo diesel and as a 2.0L Twin Turbo diesel, the only differences, besides power and torque, are in the 2WD and 4WD drivelines where the 2.0L Twin Turbo diesel 4WD also comes equipped with ‘Terrain Selection.’ 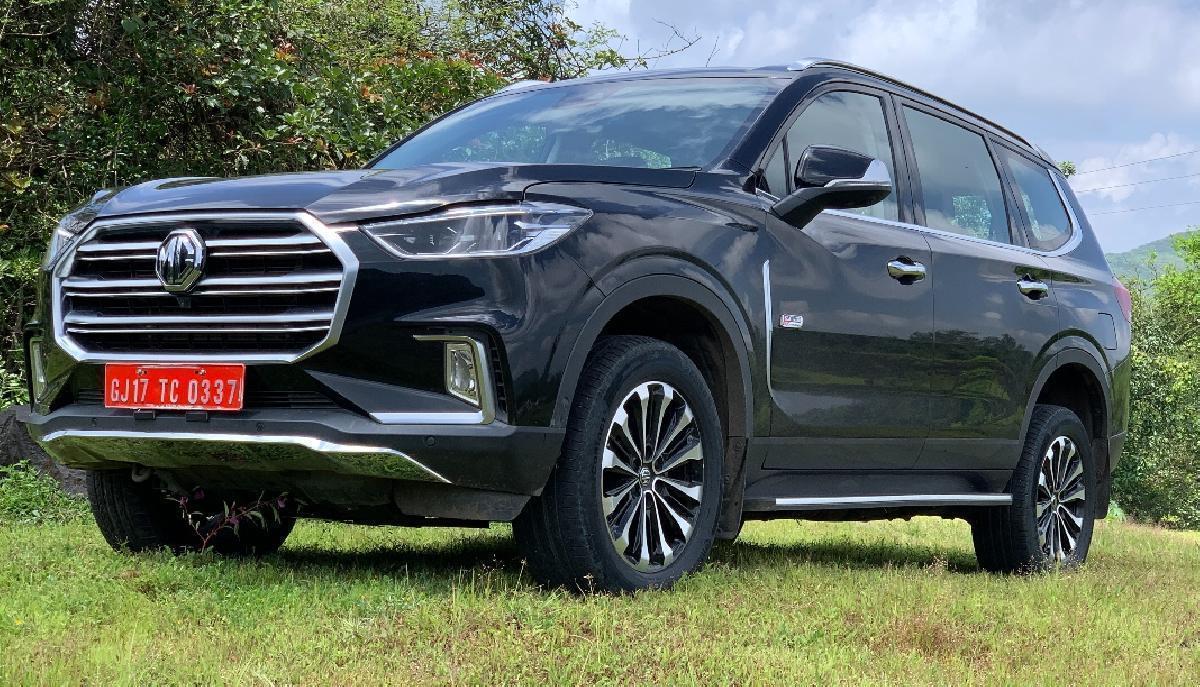 While the bold satin finish octagonal grille, (which according to MG, signifies good health and fortune in Oriental philosophy), makes the SUV look rather imposing, the curvy crease lines on the bonnet lend a softer touch to it. 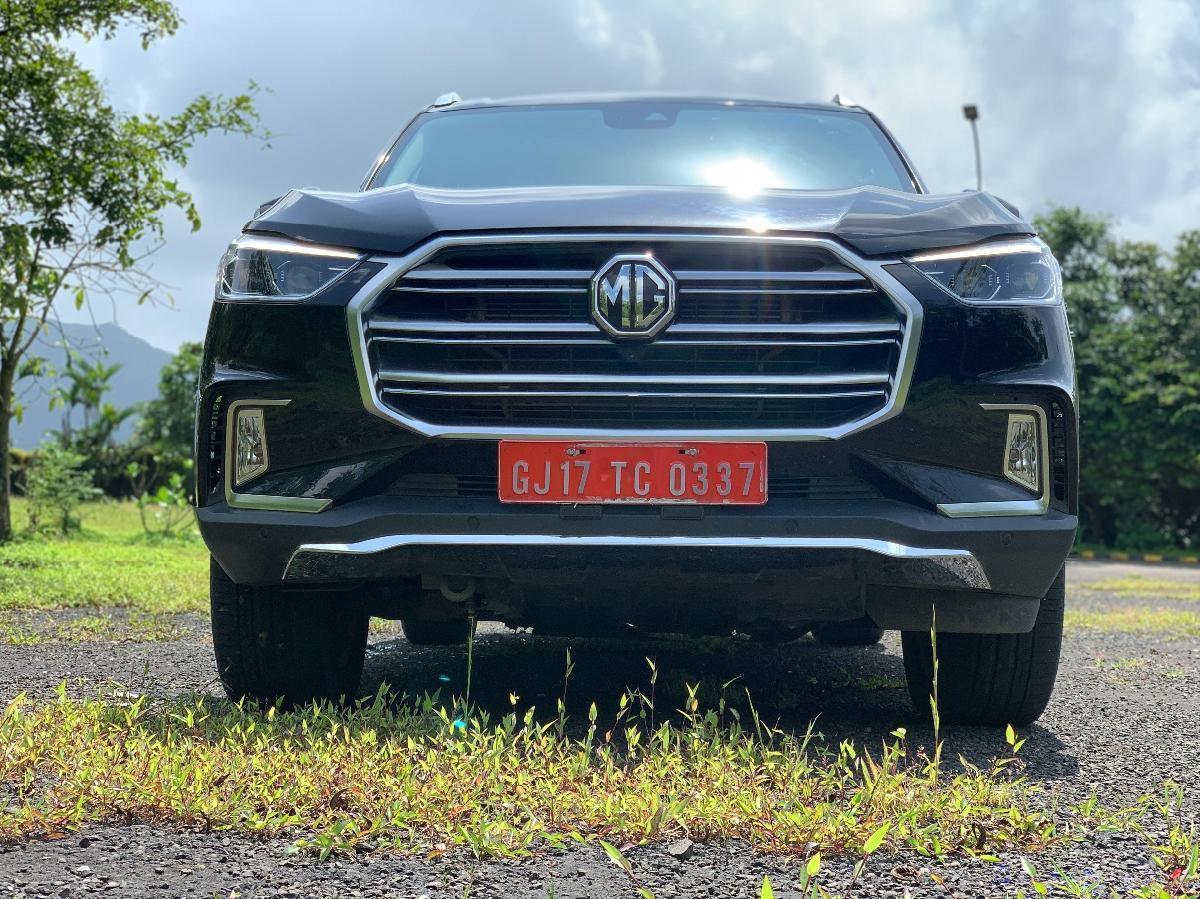 What we thought works really well for the Gloster is the thick, flat satin garnish around the quarter glass rear aperture which is a beautiful design flourish on the SUV. 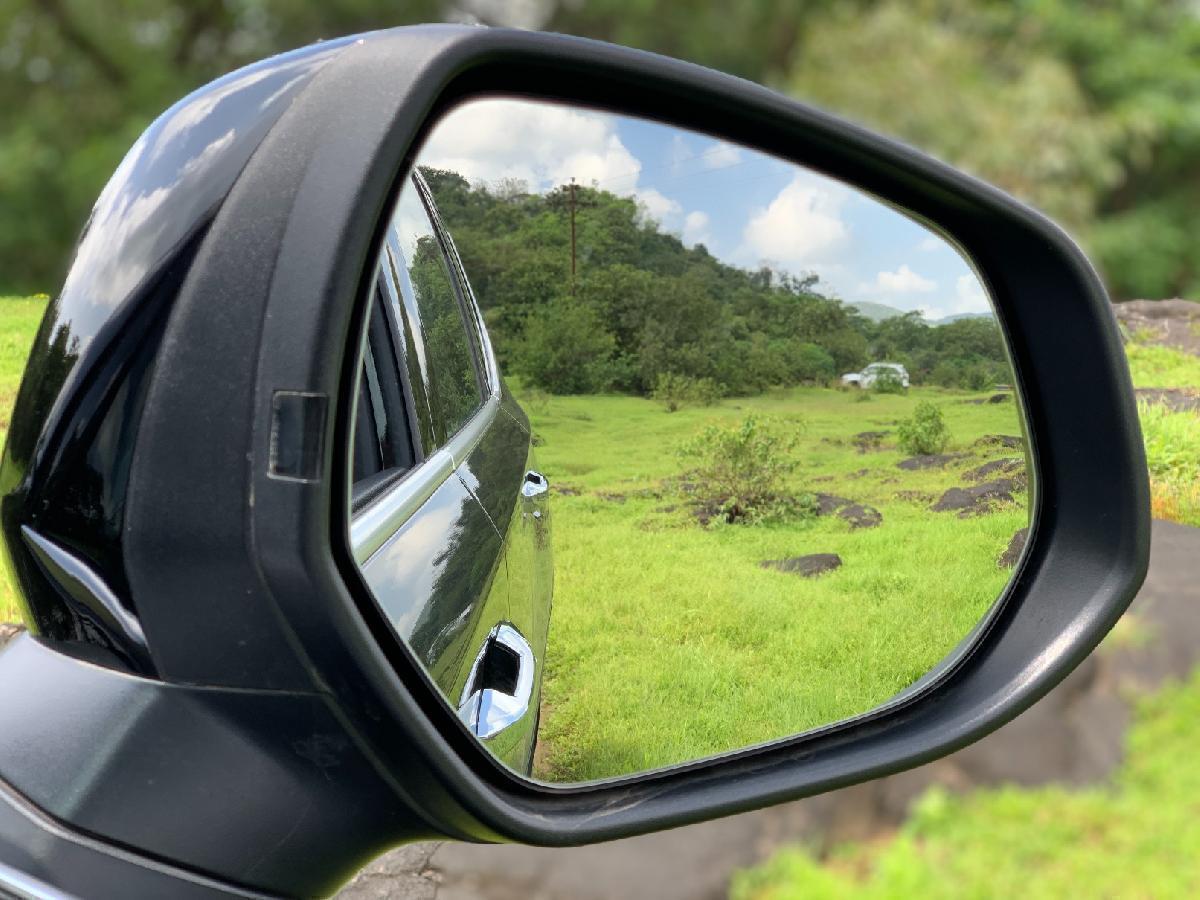 The ORVMs also get turn indicators and logo projection which is mostly only seen on high-end SUVs. 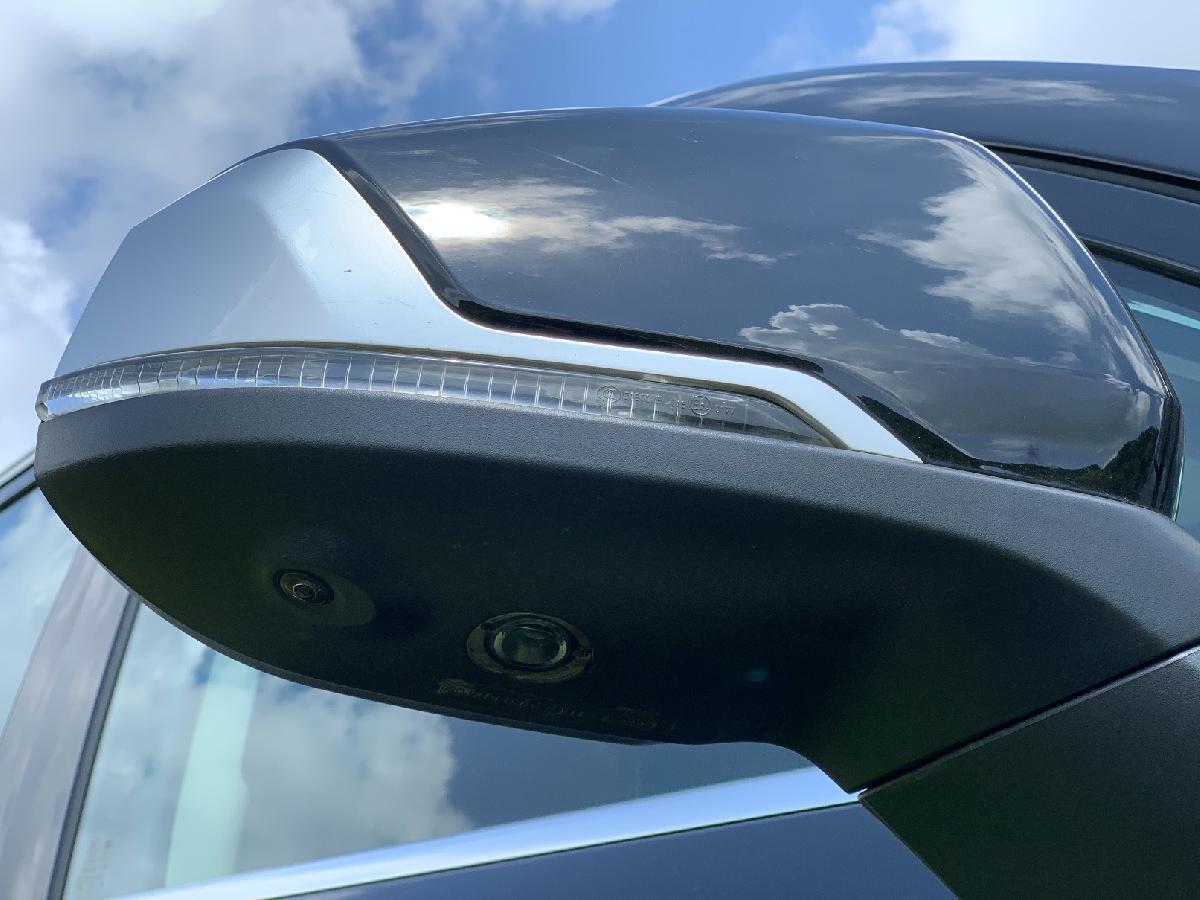 Then, there are the diamond cut 19-inch multispoke alloys, which make the Gloster really stand out. The rear of the Gloster looks a bit busy with all that going on in terms of the badging, and whether the word ‘Gloster’ in those king-sized alphabets, placed too far apart will appeal to Indians, only time will tell. Those who suffer from Trypophobia, you’ll be better off avoiding the Gloster’s dual barrel twin chrome exhausts altogether with those four unsightly holes, but then that’s just us doing what we love doing best – nitpicking. 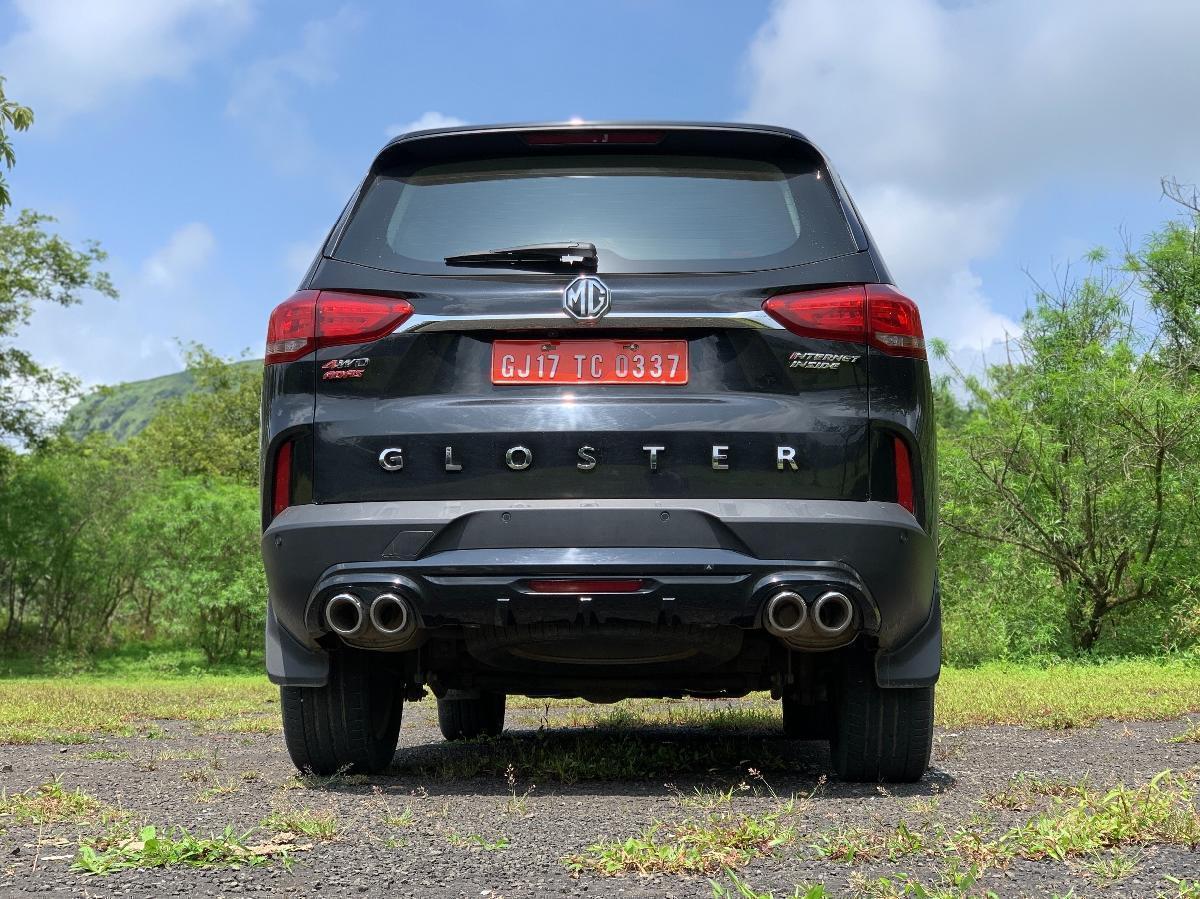 Inside the Gloster, what you get is a well-appointed cabin which uses a combination of differently textured materials and finishes such as brushed aluminum, chrome, hard and soft plastics as well as leather. The tan-coloured faux leather diamond quilted upholstery looks upmarket and the double stitching on the seats in a contrasting white thread really adds that premium look to the interior. 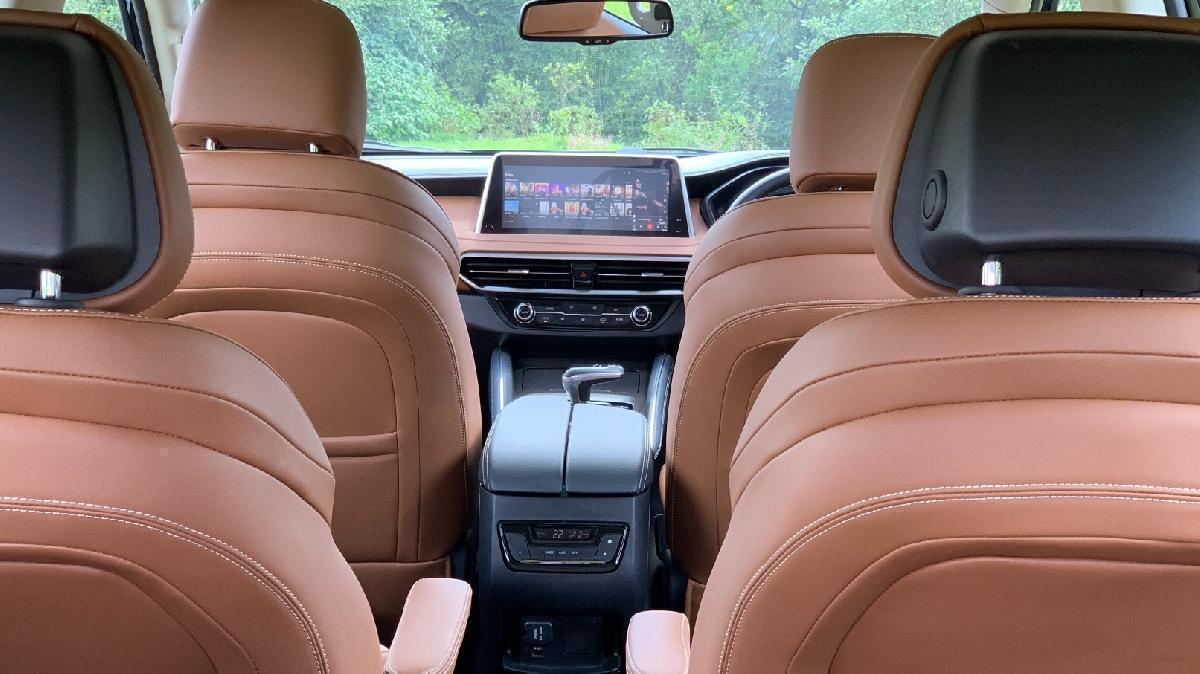 What you also get is a 12.3-inch infotainment system with HD display! 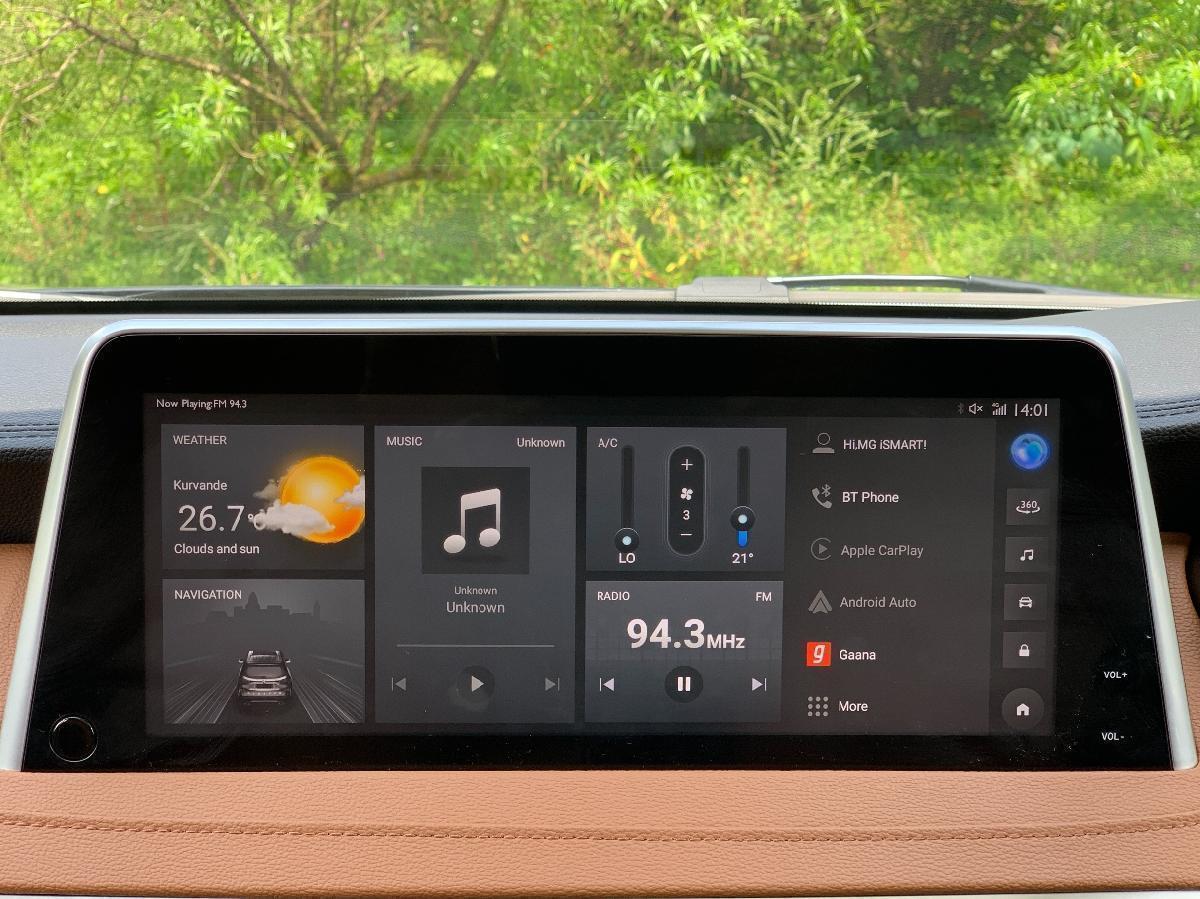 Besides, there is also ambient lighting in 64 colours! How cool is that? 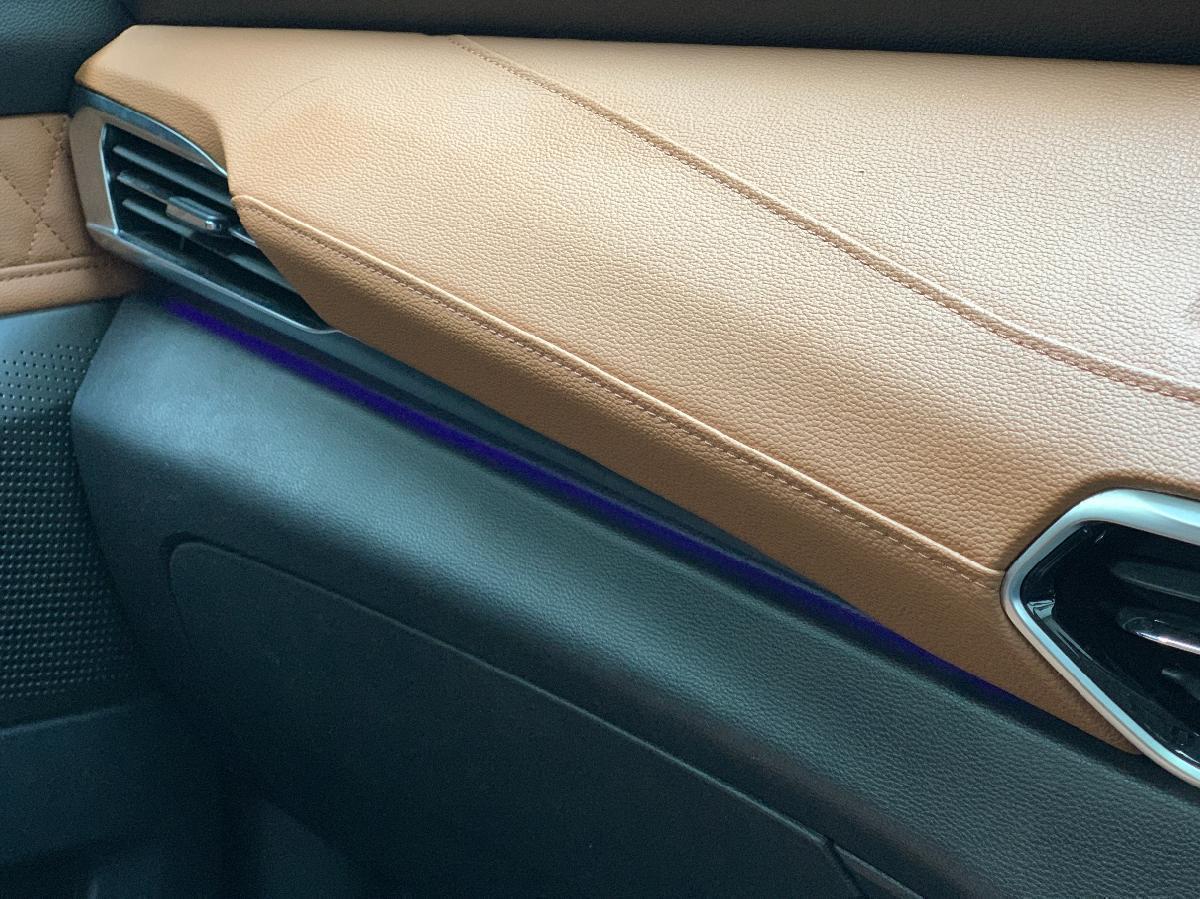 The overall visibility from the driver’s seat (12-way adjustable) is excellent and you can even get a massage when you’re really exhausted from all the driving. Another big thing that most people will appreciate on the Gloster is the amount of head, leg and shoulder room that is on offer inside because what that really translates as is plenty of comfort especially on those really long trips. 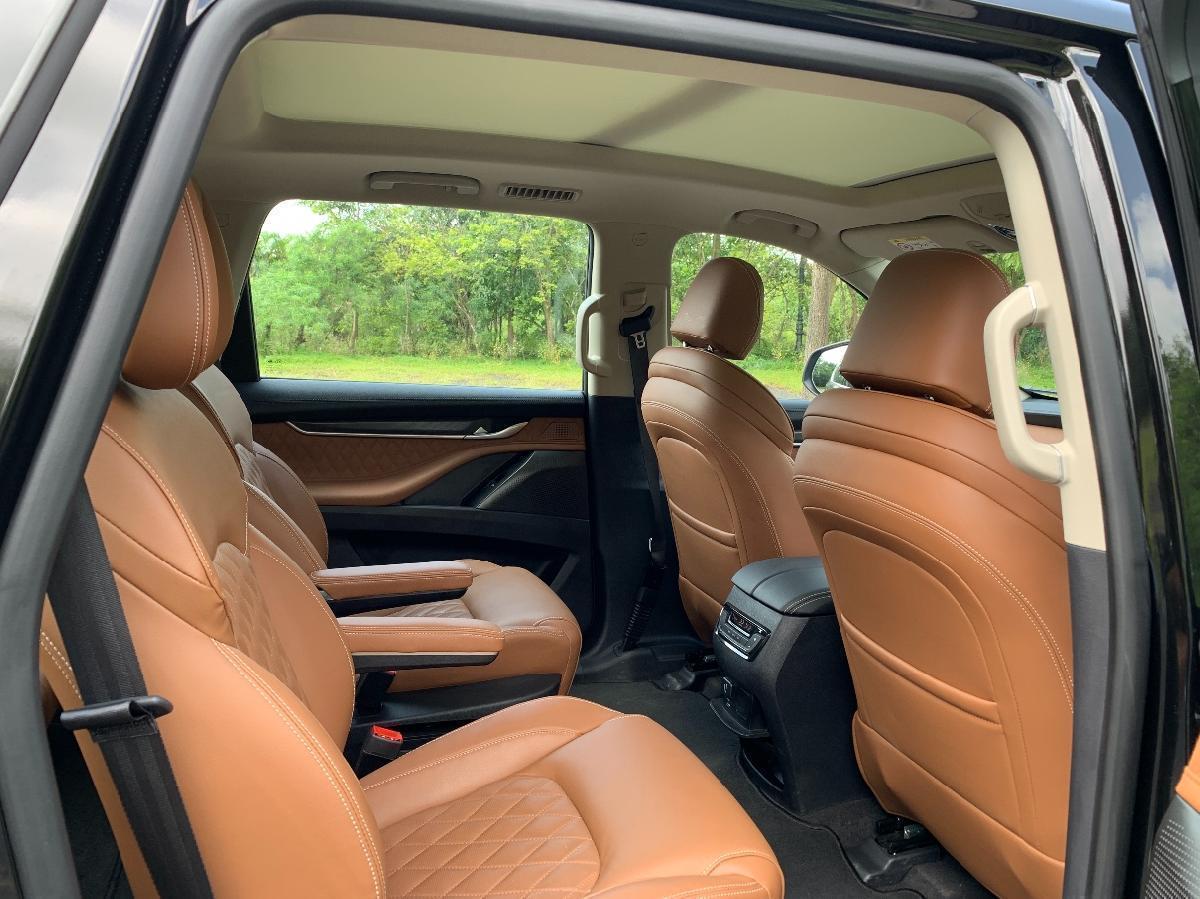 A remarkable feature of the Gloster is that there is a lot of glass area which means better visibility for all those seated inside, including the third-row passengers who also get an equally big quarter glass aperture without that “hemmed in” feeling which often engulfs people on long journeys. The moonroof makes things even more exciting adding to the roominess inside. Despite all the glass area on the Gloster, the air conditioning does a fantastic job of keeping the cabin cool at all times. 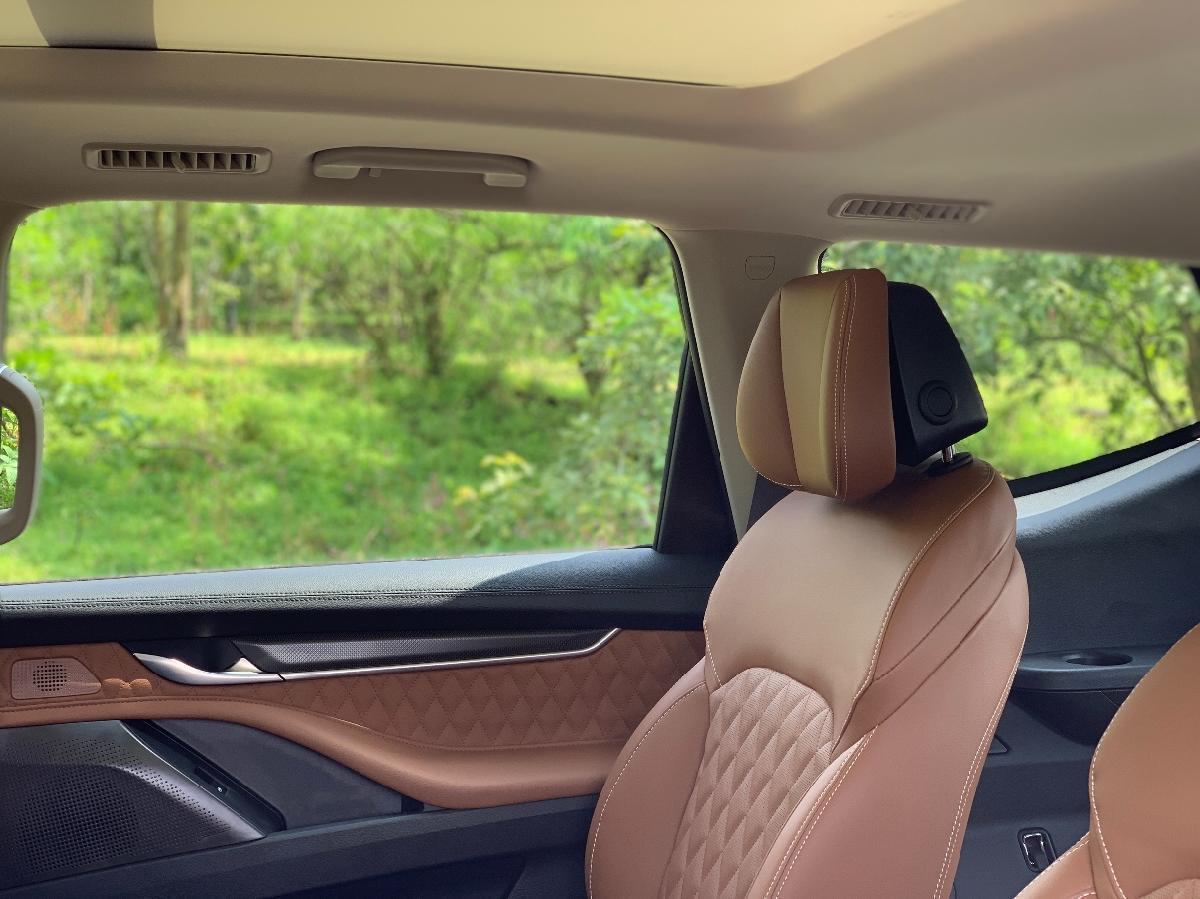 MG has ensured that the Gloster is loaded with the latest technology, and has made available every conceivable feature at your fingertips. It wouldn’t be far-fetched to say that the Gloster’s iSmart system is akin to what P.G. Wodehouse’s Jeeves, is to Bertie Wooster. While Jeeves, Wodehouse’s fictional character, makes a living by simplifying his master, Bertie Wooster’s life, the very real iSmart system does the exact same thing by simplifying your life, and carrying out a number of convenience as well as safety operations once connected via your cell phone. Besides, there is also ADAS (Advanced Driver Assistance Systems) which further helps you simplify your driving, thanks to several smart assistance features that not only enhance but also make your driving safer. We tried several of them and needless to say, we were hugely impressed with all that was on offer on the Gloster. 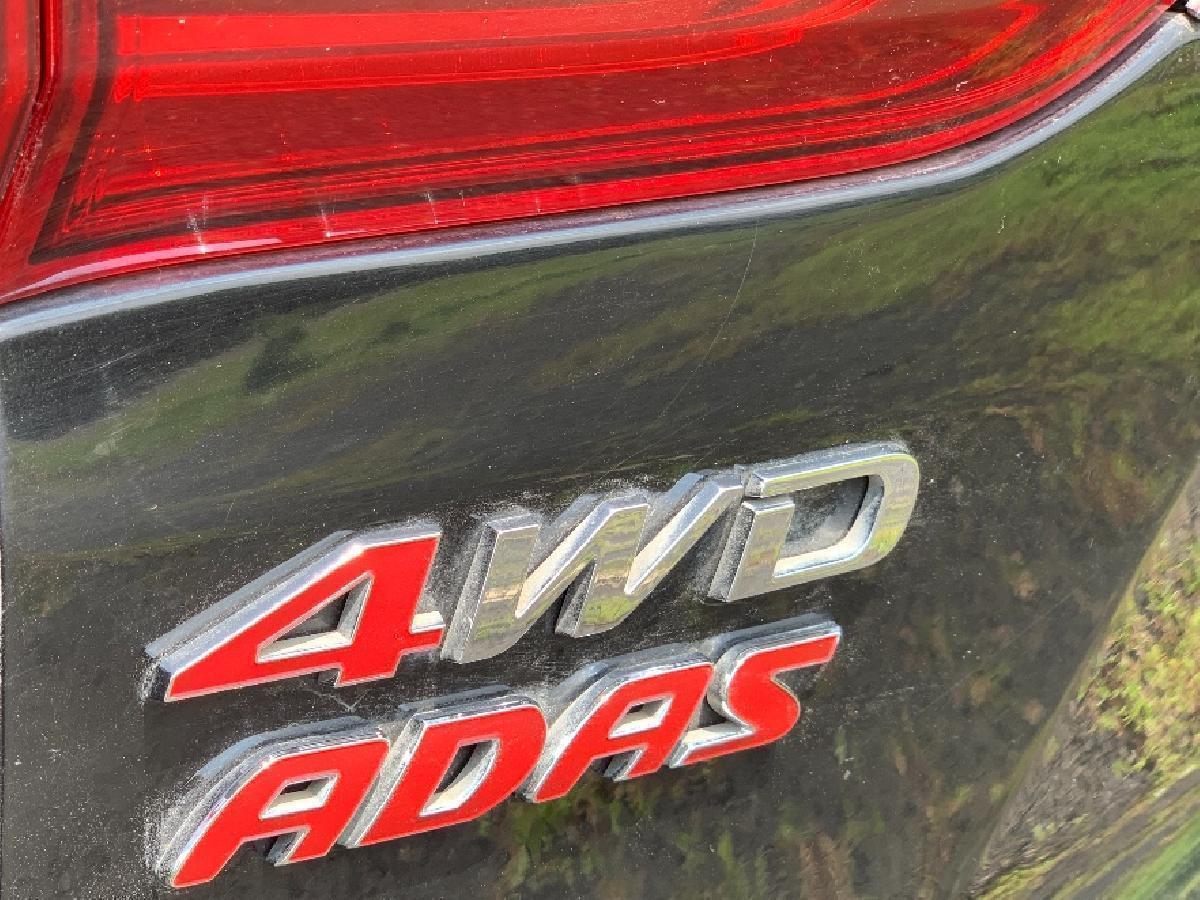 We drove the Savvy variant with the Level 1 Autonomous features that came strapped with a 2.0L Twin Turbo diesel 4WD that belts out 218 PS@4000 rpm and 480 Nm@1500-2400 rpm of torque. The 8-speed automatic transmission lever is a breeze to use and there are seven driving modes for you to choose from, depending on the type of terrain that you’re driving on, or the kind of driving you’re more inclined towards. If there’s just city driving involved, you could switch to Eco mode or if you’re in the mood for some fun and fast driving, there is the Sport mode and yes, those paddle shifts will also make your drive more engaging. We tried the Rock mode on a patch of rocky terrain and came away impressed with the Gloster’s ability to handle whatever came in its path, thanks to its 210mm ground clearance. 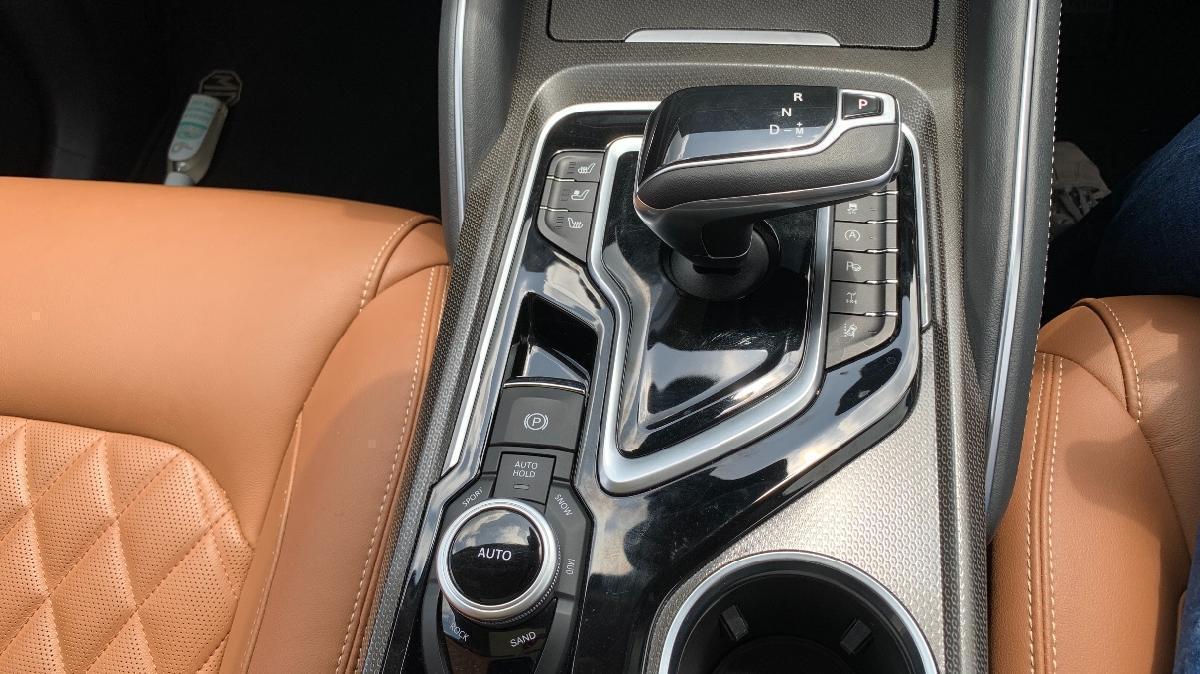 The slightest throttle inputs demonstrate the Gloster’s eagerness on the road but it is only when you’re decelerating that you’ll find that the Gloster takes its time to shift gears. Yes, the ever so slight turbo lag is present, but frankly it is not a dealbreaker. What we also noticed was that the Gloster performed admirably well on some mountainous roads with some pretty sharp hairpin bends and not once did we feel the bulk of this mammoth SUV weighing us down, both on straight roads, as well as on inclines. The overall performance was remarkable. It was only when it came to the brakes (All four disc brakes) on the particular model that we were driving, that there seemed to be a clear gap in the driver’s input time and the brake reaction time and that is what took us some time to get used to. However, it was the ADAS that truly enhanced our driving. For instance, each time we decided to deliberately veer off our lane to test the system, we promptly got an audio-visual intimation on the 8-inch MID, thanks to the Lane Departure Warning (LDW) system that prompted us to move back into our designated lane. The Blind Spot Detection (BSD) System also proved to be useful, constantly warning us about vehicles in our blind spot that wanted to overtake us from time to time by flashing a light in the ORVM. 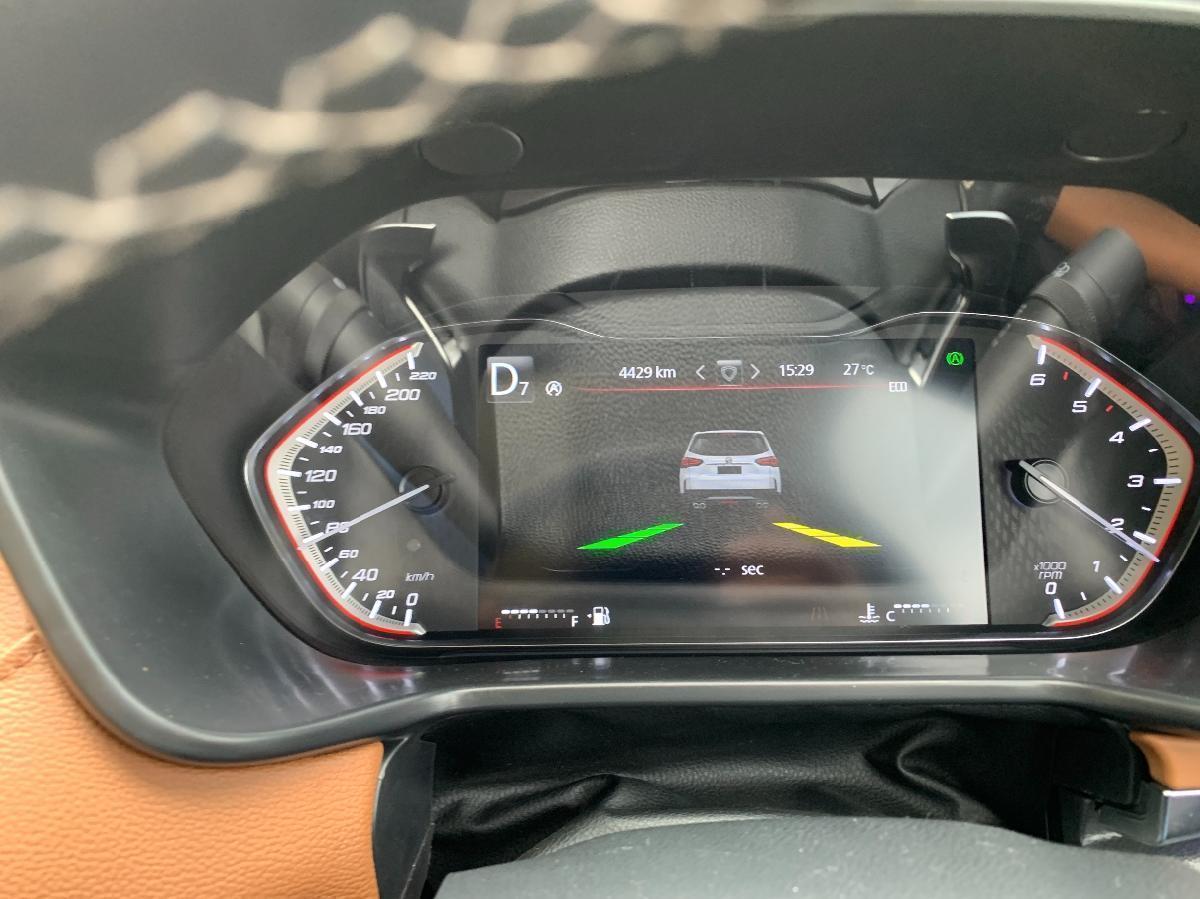 The Gloster comes with several safety features such as dual, front and side full-length curtain airbags, along with ABS, ESP, Roll Movement Intervention, Hill Hold Control, Hill Descent Control and EBD. The spare wheel that has been provided is also a full-sized one, and is located underneath the SUV, so that it doesn’t eat into your 343 Liters of boot space. Most of things in terms of comfort and convenience have been preempted and provided on the Gloster by MG and that sure says a lot especially when introducing a “Selfless SUV” such as this one in the country. 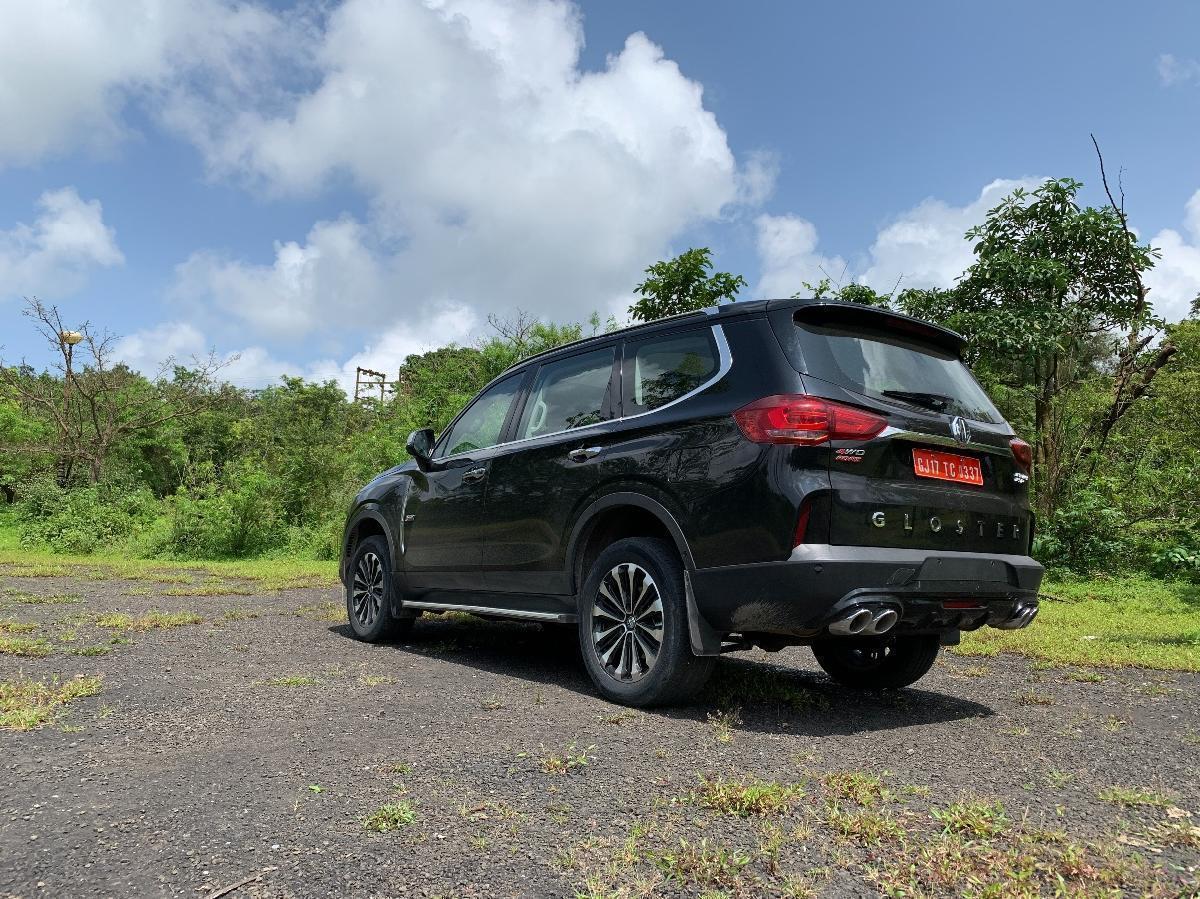 Needless to say, the Gloster does drive and handle well, there is no doubt about it, plus, it also comes with a bunch of never-before-seen tech features which puts it at the top of its game. Not the most terribly exciting SUV out there, the kind that will set your heart aflutter, but definitely a capable one which has a lot going for it and will get the job done. And that is precisely why getting the pricing right will be extremely crucial for MG.