Return of the thumper

Nimble, refined, and with vibrations down to a minimal, Royal Enfield’s new cruiser and the Thunderbird replacement, the Meteor 350, has arrived.

Calling Royal Enfield Meteor 350, the most anticipated motorcycle of the year wouldn’t be an understatement. Sure, Royal Enfield (RE) has its own set of cult followers, but with the introduction of the 650 twins two years ago, the iconic motorcycle manufacturer proved that not only can they produce state-of-the-art bikes for the global market with an affordable price tag, but that they can also attract and convert non-RE fans into true believers. Based on a brand-new platform and equipped with a new engine, in many ways, the expectation from the Meteor 350 is very high as it will be the DNA for Royal Enfield’s future 350cc range. Being a BS6 compliant bike, it's a given that the refinement levels will be better than the old Thunderbird and Thunderbird X, but the pertinent question here is, has the Meteor sacrificed the legendary Royal Enfield’s signature thump exhaust note? Also, with numerous retro motorcycles available in the market at roughly the same price, will the world's oldest bike maker have an edge over its competition? We find out. 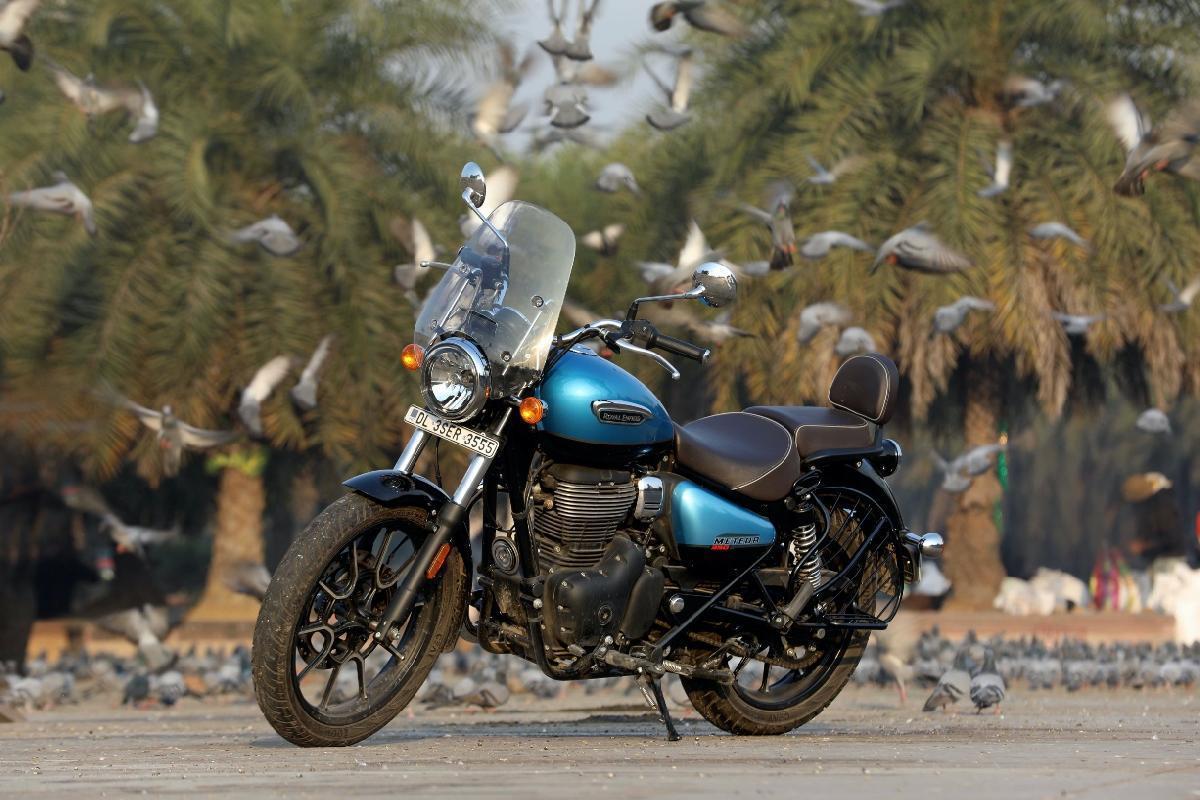 Reviewing of the new cruiser, started with firing up the engine and we are happy to report that it retains the traditional deep thump note. 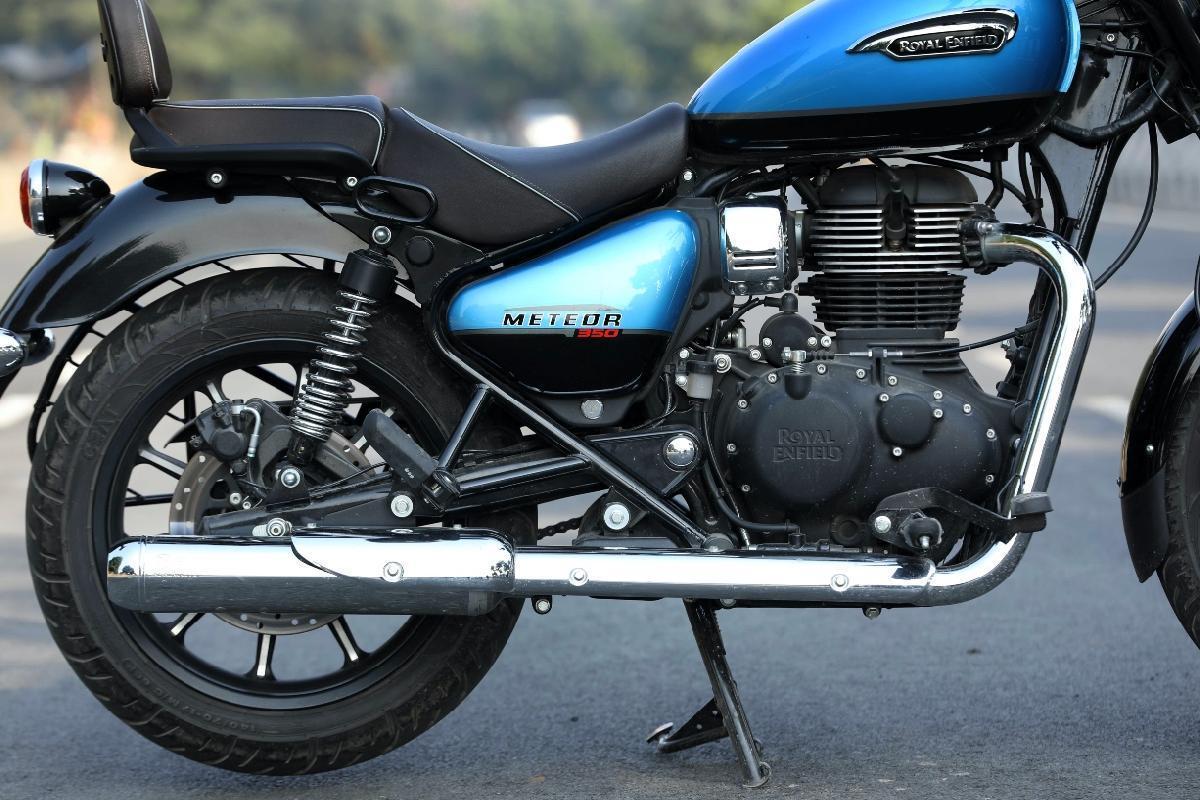 In terms of design, the Meteor 350 looks all too familiar. It is more of an evolution to the Thunderbird’s blueprint, and we think that might have been Royal Enfield’s plan all along as they might have wanted to retain its distinctive looks. Our top-of-line variant, the Supernova, comes standard with an adjustable windscreen. It gets the classic round-shaped headlight with a halogen bulb and LED DRL circle around the circumference. 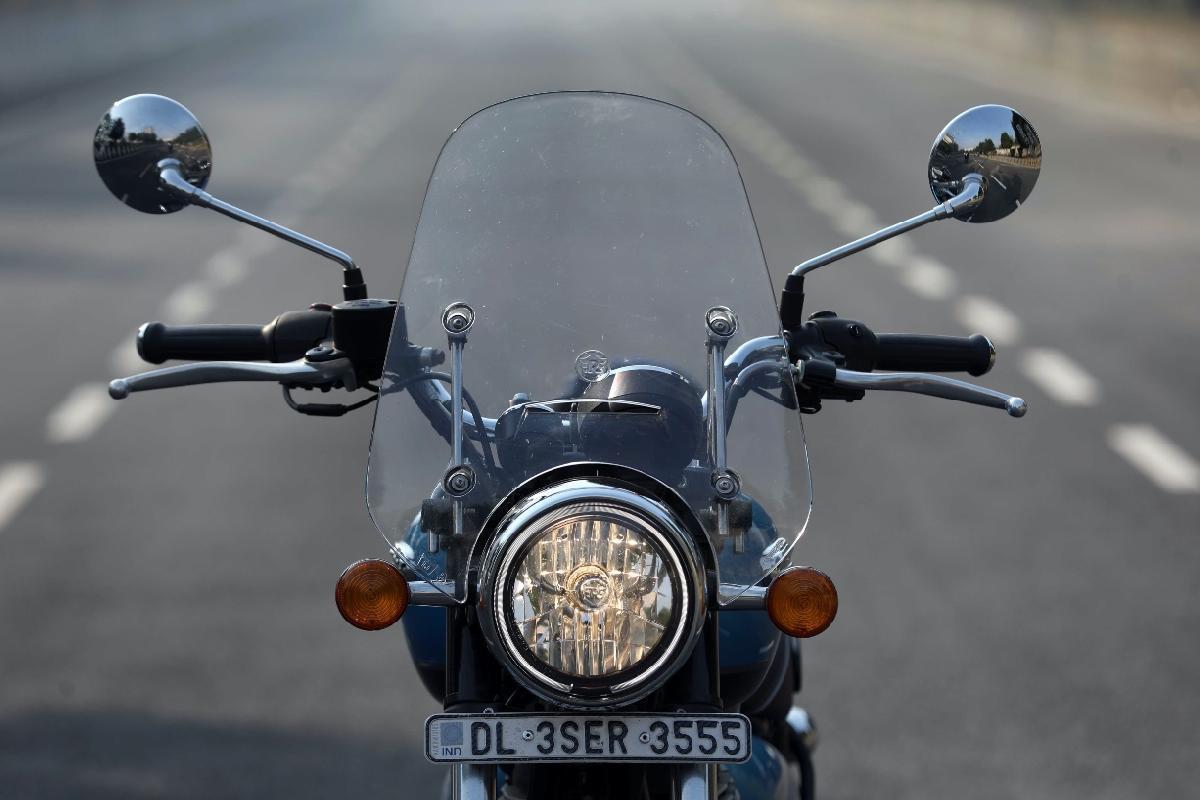 The same is true for the taillights. 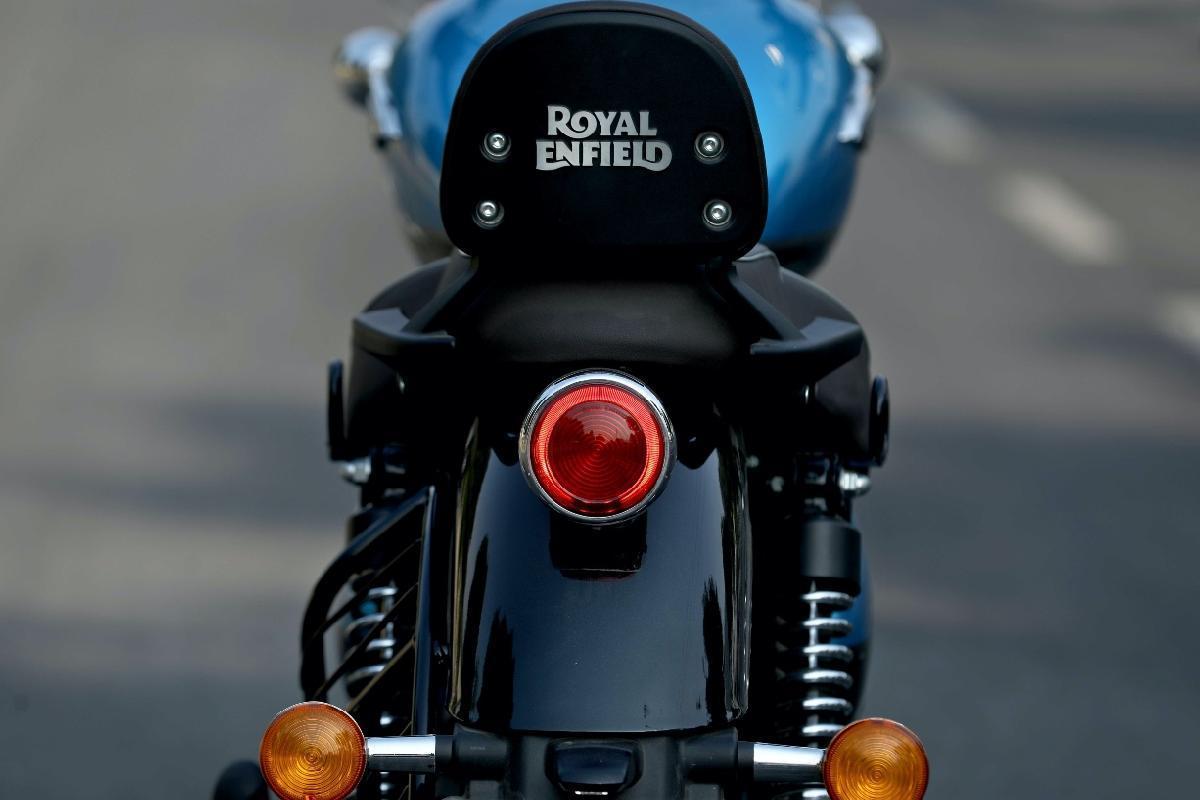 The newly crafted 15-litre fuel tank isn’t as curvy as it was in the Thunderbird and in fact, it is slightly leaner in shape. 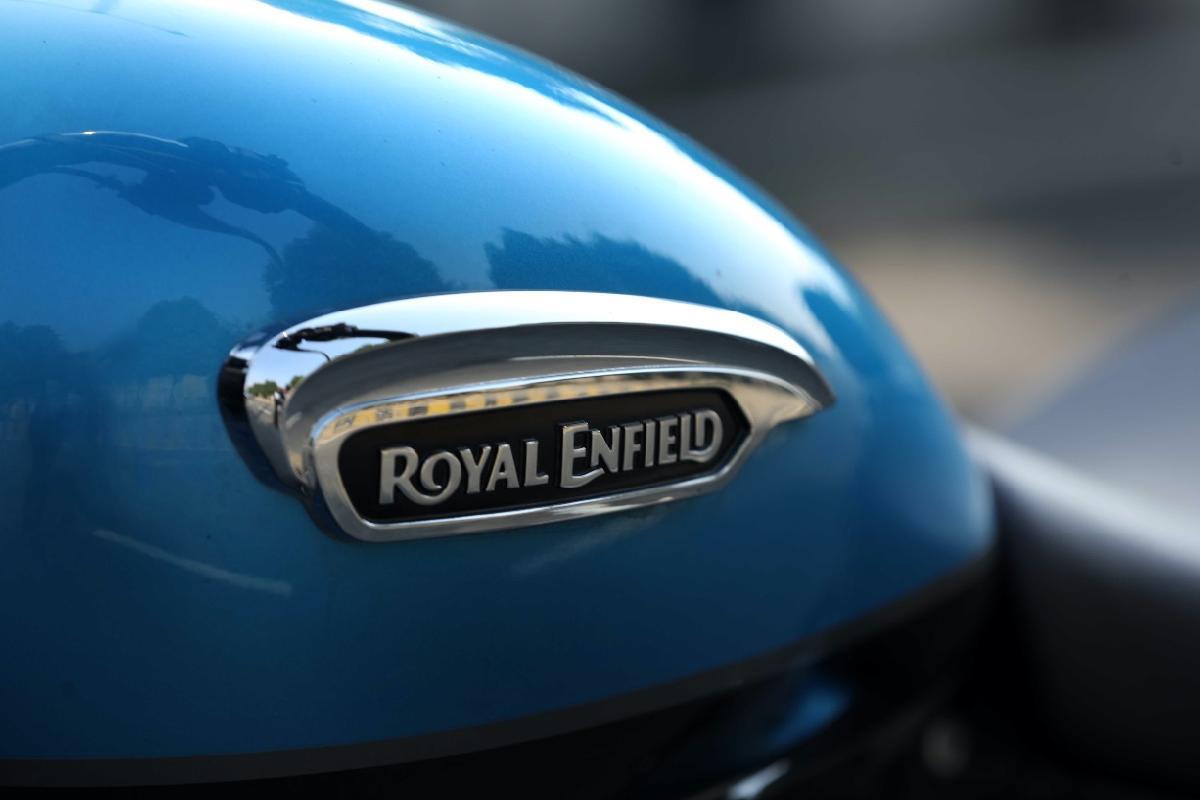 With a seat height of 765mm, it is very convenient to firmly plant your feet on the ground when you come to a halt or while moving in start-stop traffic conditions. 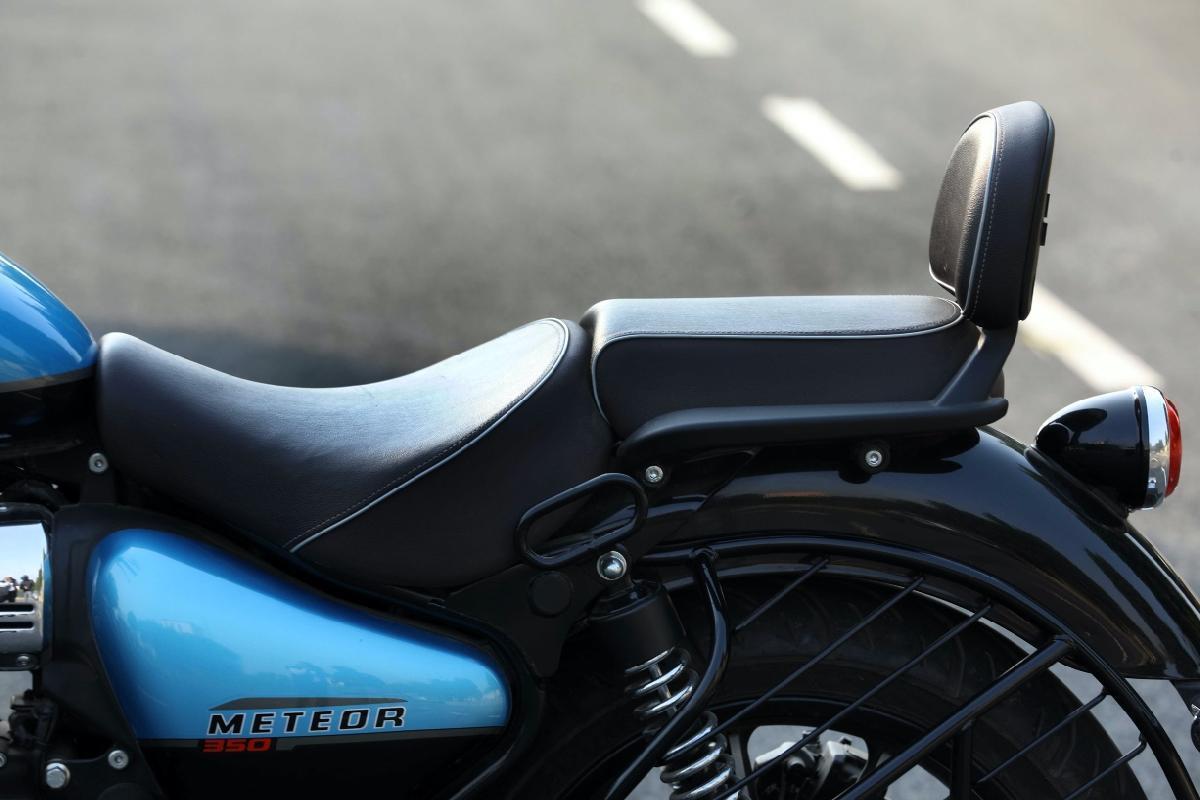 With many Meteor owners predominantly using it to ride in the city, Royal Enfield has ensured that the ergonomics are apt for both, urban and highway rides. They have pushed the footpegs slightly ahead and also kept the handlebars flat and wide for better control. 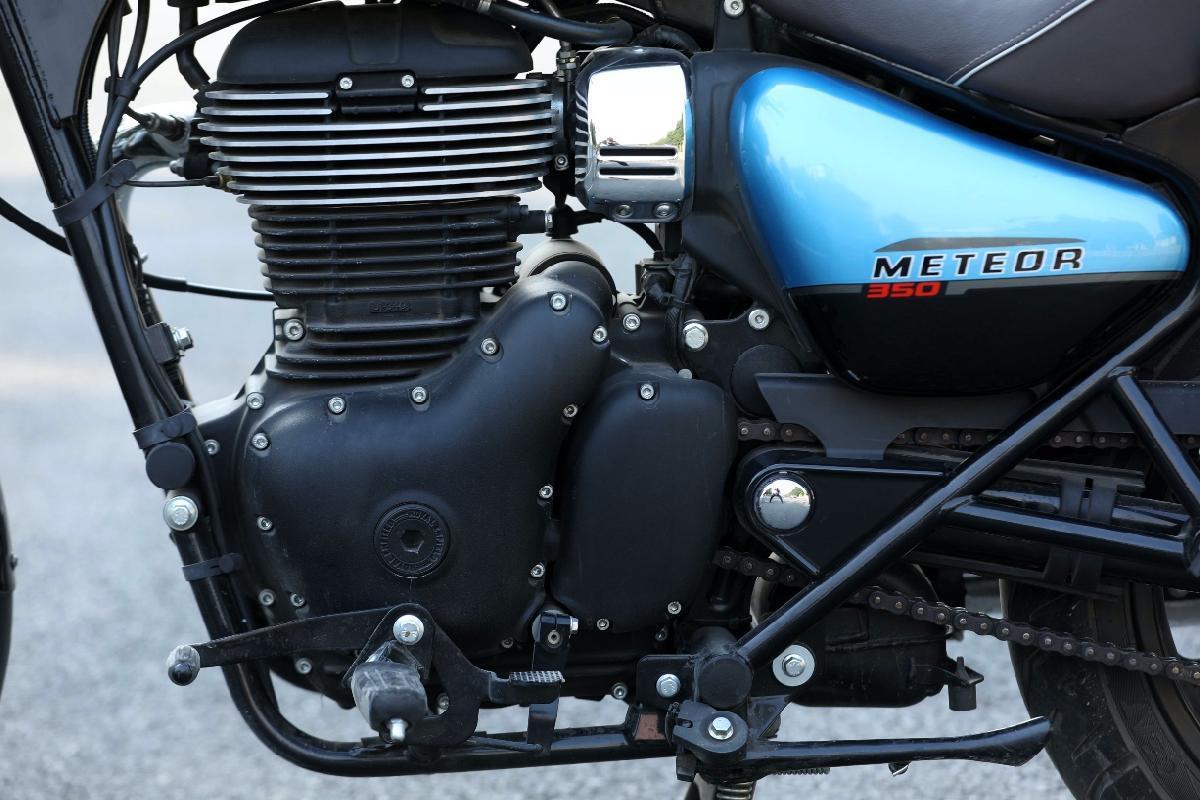 Apart from the badging and the exhaust, Royal Enfield has made minimal use of chrome, and with everything else predominantly blacked out, it looks very contemporary and youthful. Another first for the company is that the Meteor comes standard with alloy wheels and tubeless tyres. 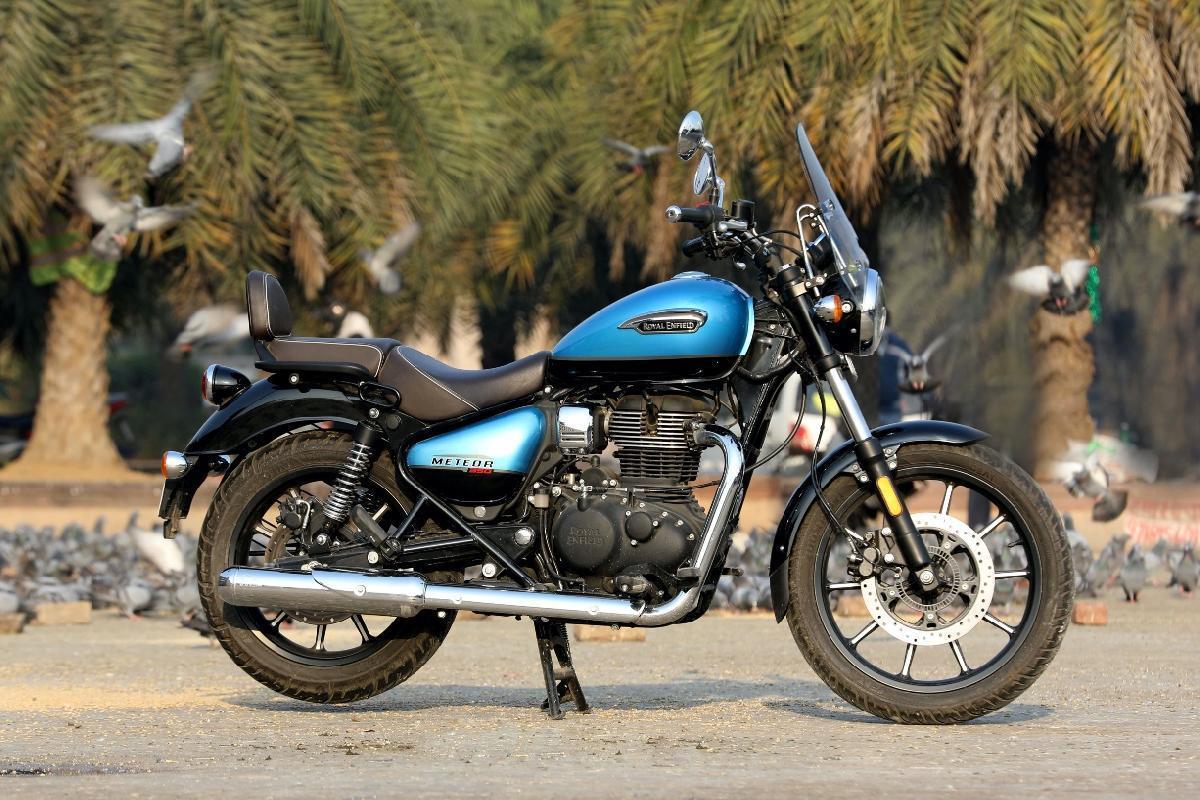 The Meteor comes with a new twin-pod instrument cluster. The bigger pod houses the speedometer, a digital LCD screen that reads out basic information like two trip meters, odometer, fuel gauge, clock and gear indicator. Sadly, it doesn’t come with a rev meter. The second pod, on the other hand, houses Royal Enfield’s new navigation system based on Google Maps. You can connect your smartphone to the bike via Bluetooth and the Royal Enfield app. For wanderlusts who're itching to head to hills, this turn-by-turn navigation system is very helpful. Royal Enfield has kept this device simple and it doesn’t read out call or message alerts. To ensure your phone battery doesn’t drain out, the Meteor also comes with USB charging port neatly tucked below the clutch. 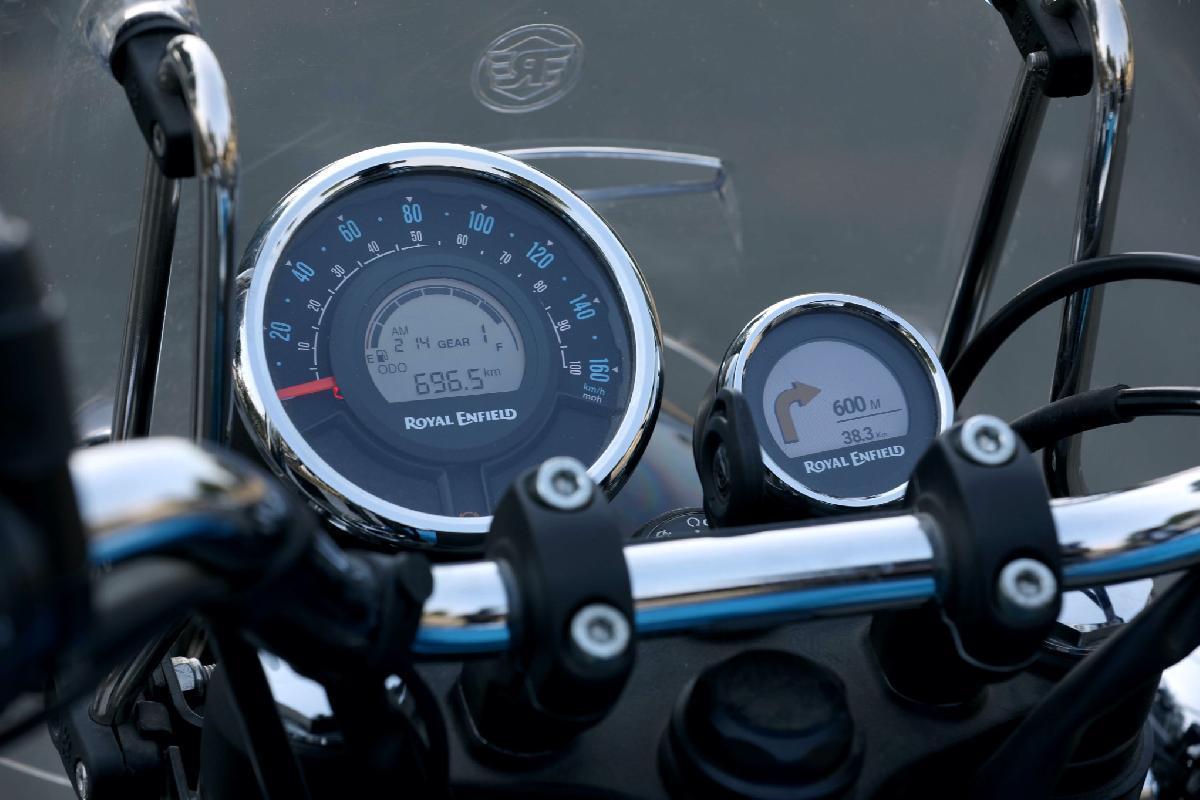 Royal Enfield has introduced new rotary switches replacing the ignition and engine kill button along with light controls. Fairly easy and convenient to use, the build quality could have been better. 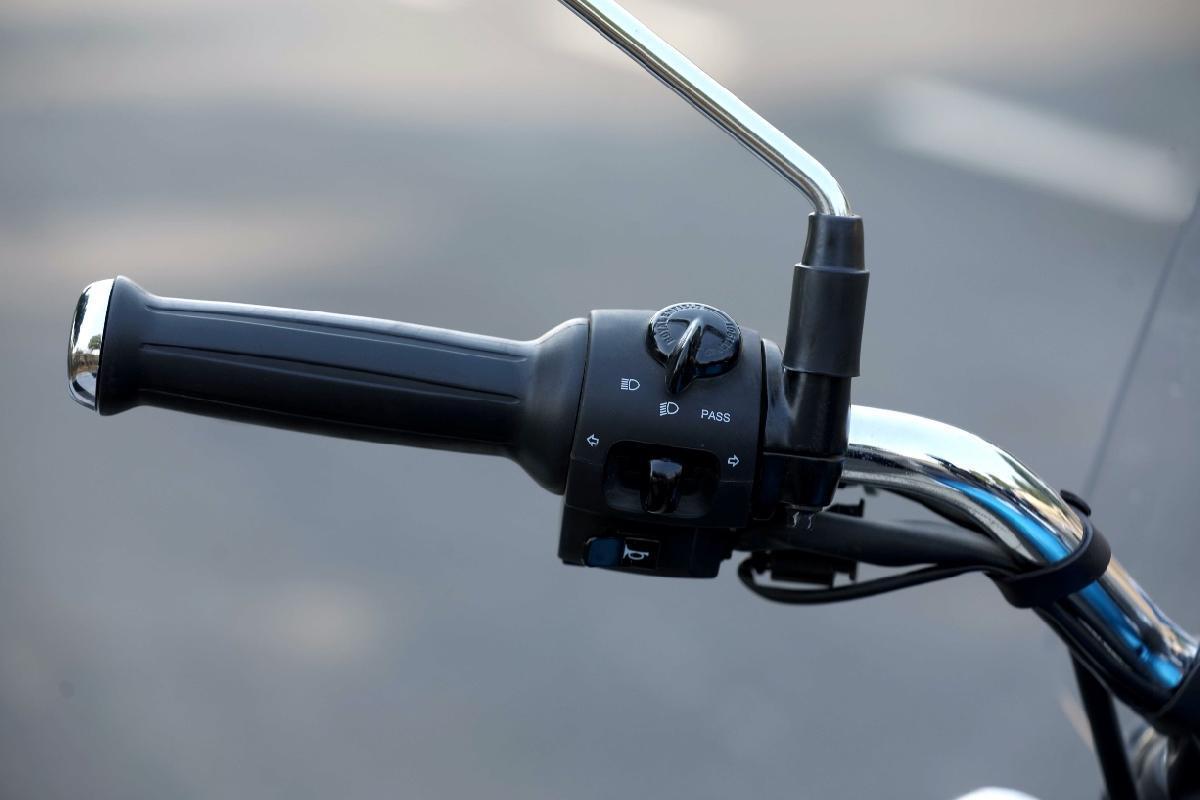 What is it then that makes cruiser motorcycles unique? Neither are they about lightning-fast acceleration nor are they apt for knee-or-elbow downs. They are simply about riding comfortably at your pace, be it on the highways or in city traffic and this is exactly what the Meteor 350 is all about. With an all-new 349cc engine, it is natural to expect a more powerful mill, but that is not the case here. It offers 20.2bhp which is not even half a bhp more than the erstwhile Thunderbird. Also, the new cruiser’s torque output of 27Nm is in fact, one Nm lower. However, the numbers don’t reveal the Meteor’s complete picture, honestly. 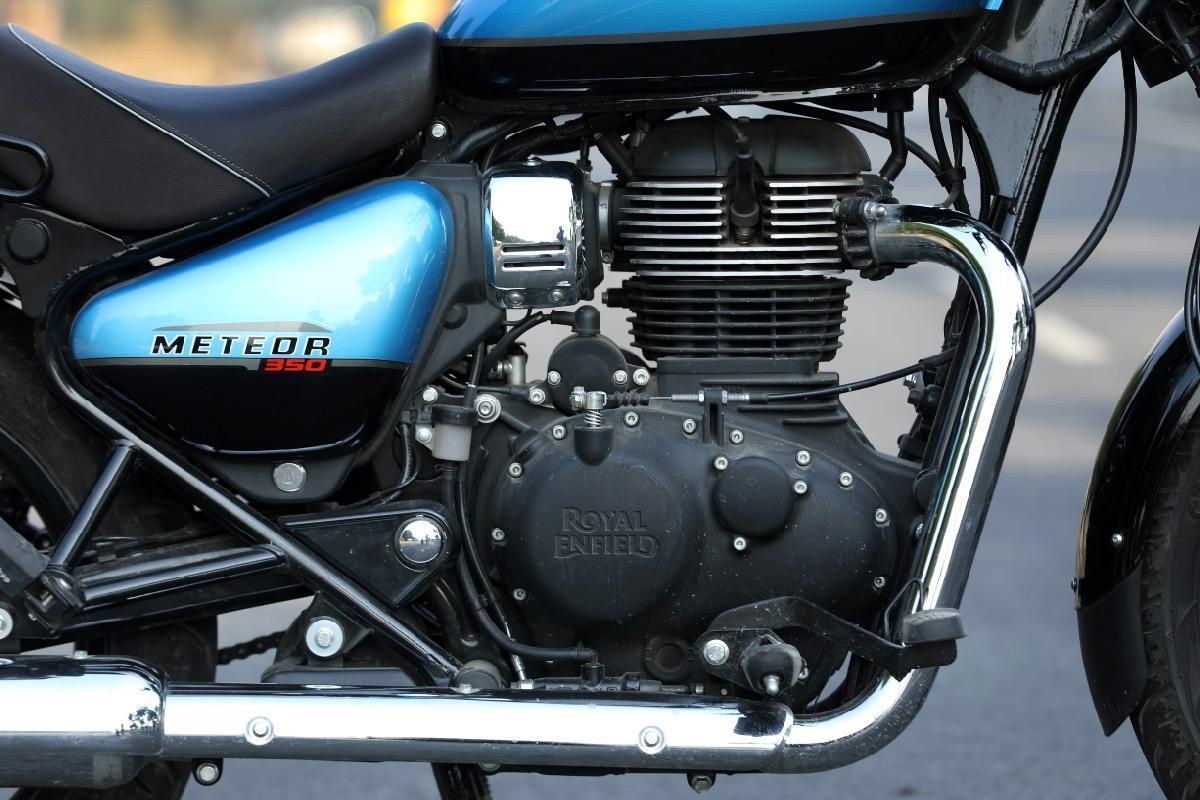 Twist the throttle and instantly you realize how usable the rev band is. In many ways, the Meteor doesn’t feel heavy or very lazy like its predecessor. The torque kicks in at very low speeds and allows you to cruise at 25-30kmph on 4th gear without needing to change gears. At the same time, if you want to open the throttle, the speedometer easily goes past the 80kmph mark without any fuss as the power refuses to taper off at higher revs, which would have been a challenge for older Royal Enfields. It easily reaches the three-figure mark, but after that, the engine tends to feel strained. 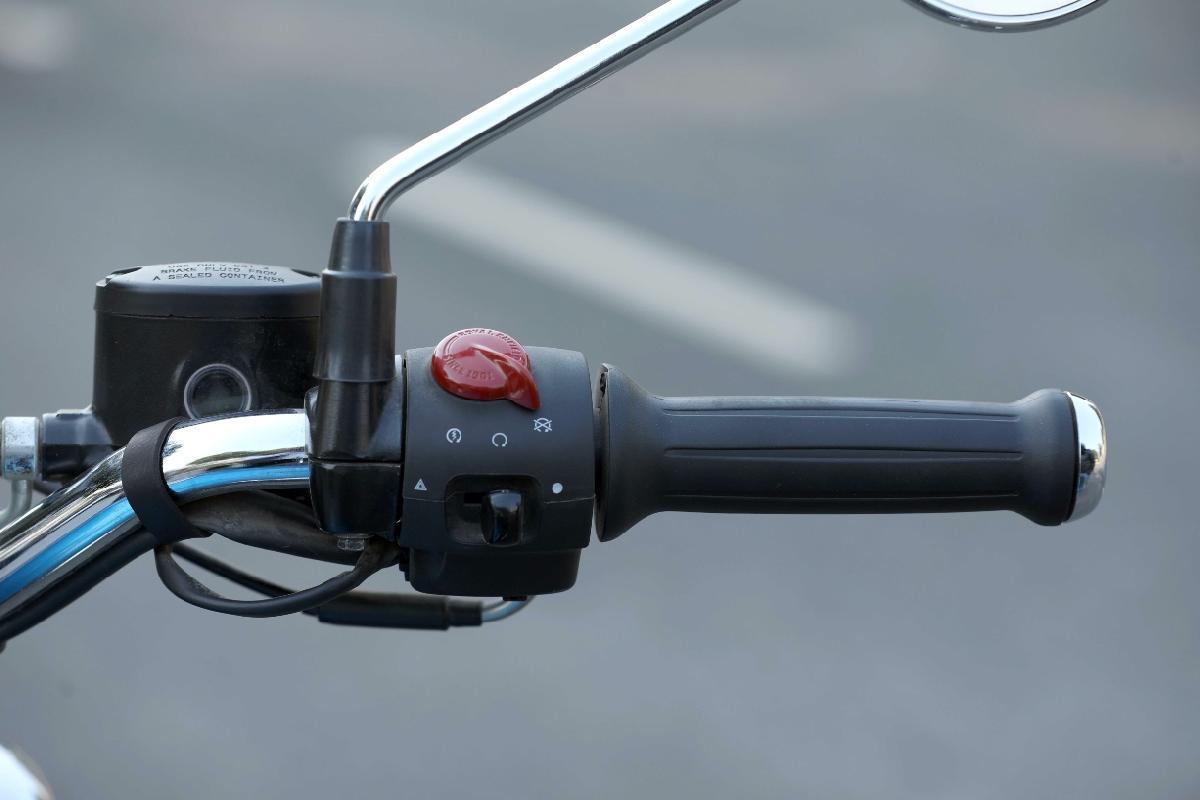 What is more impressive is that the new engine comes with a balancer shaft ensuring that there aren’t any annoying vibrations that will mar the riding experience. Mild tremors can be felt from the footpegs and the handlebars, but this is more about the character of the machine. The tank remains solid as bedrock. The only thing that can be a killjoy is that no matter what speed you’re cruising at, the mirrors tend to shimmy. 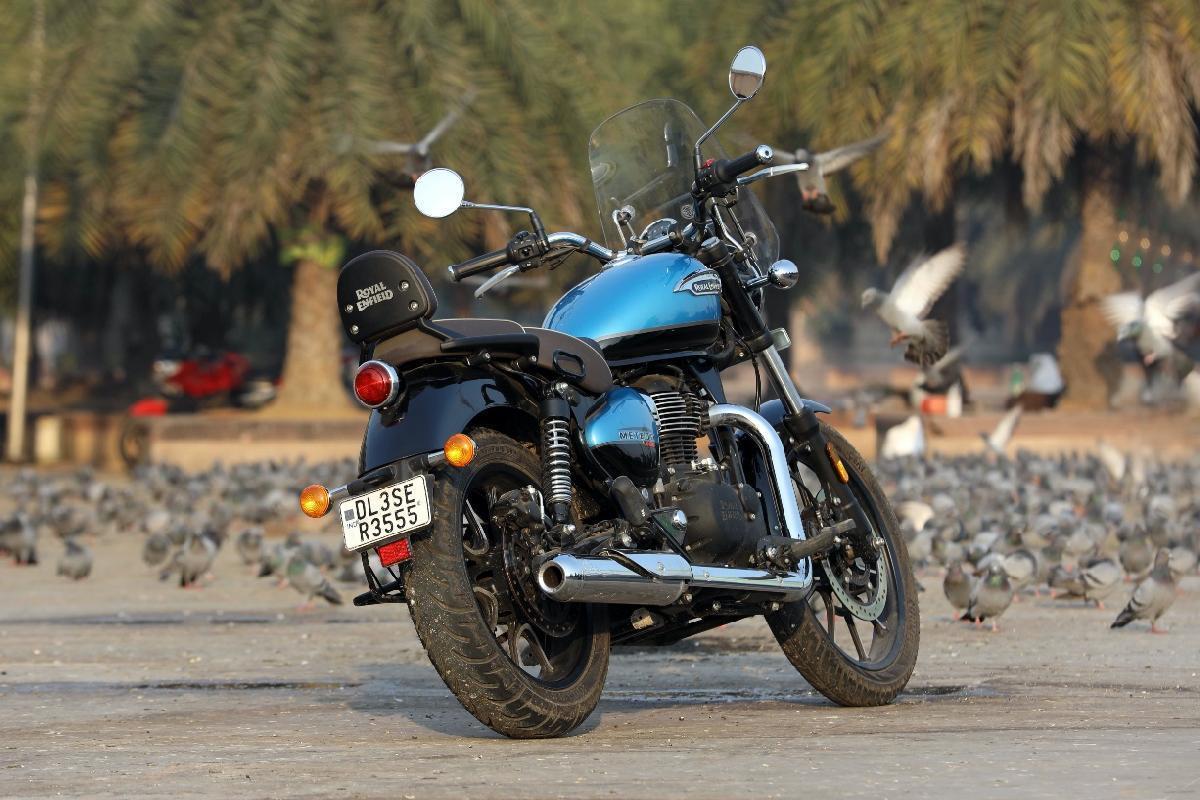 Handling has never been Royal Enfield’s forte as more often than not, while taking turns, the bike tends to weigh in on you and that can be a tricky affair, especially when you're tackling a tight corner. But that’s not the case with the Meteor as it boasts of a brand-new platform that’s lighter and more rigid than the Thunderbird. Obviously, you’re not expected to do knee downs, but it encourages you to take a more committed lean angle that pleasantly surprised us. So much so that you’ll have to be careful otherwise you’ll end up scrapping the footpegs. 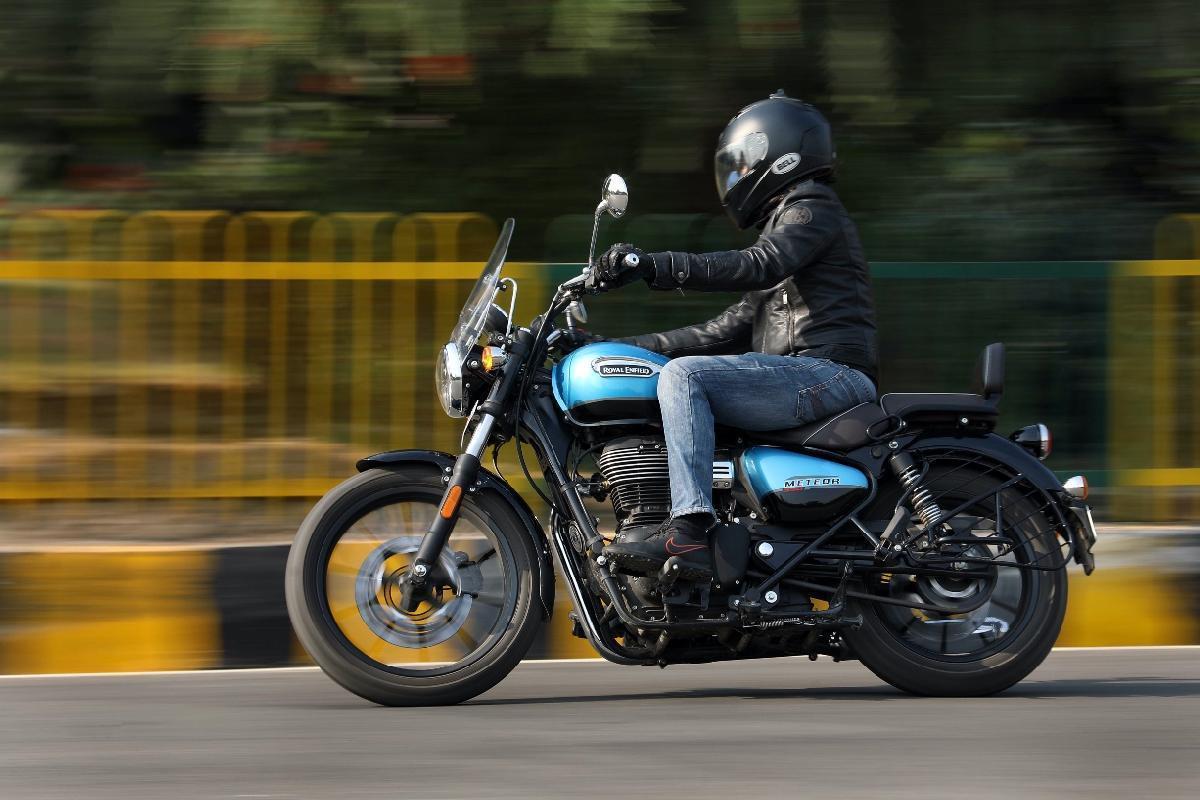 The Meteor is equipped with bigger 300mm front disc brakes and 270mm rear disc brakes coupled with dual-channel ABS. The initial bite feels spongy, therefore, it’s better to reign in hard on the brake lever to get a better stoppage response. The ride quality of the Meteor isn’t sofa-like the Thunderbird as the Meteor’s rear coil suspensions are on the firm side and only when it hits a deep pothole is when you’ll feel unsettled. Otherwise, for your daily needs, it is more than adequate. 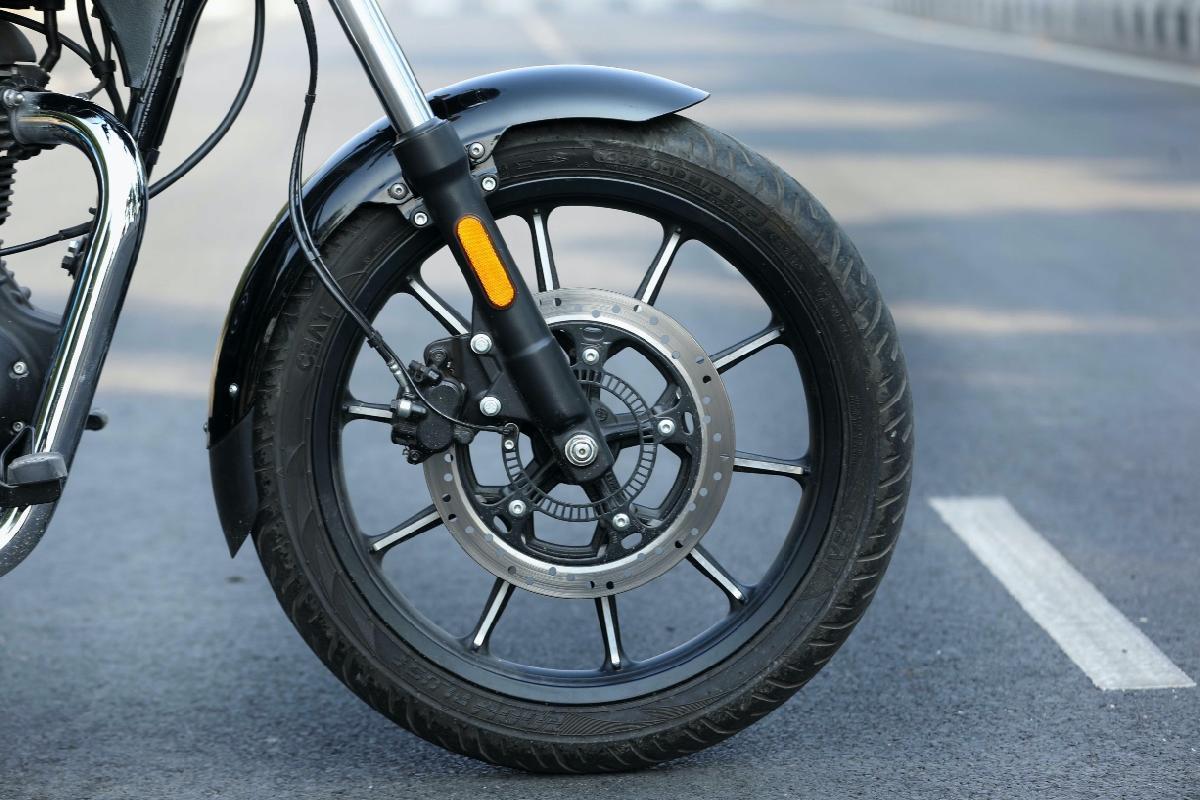 So, should one immediately rush to a Royal Enfield dealership and book the Meteor 350? 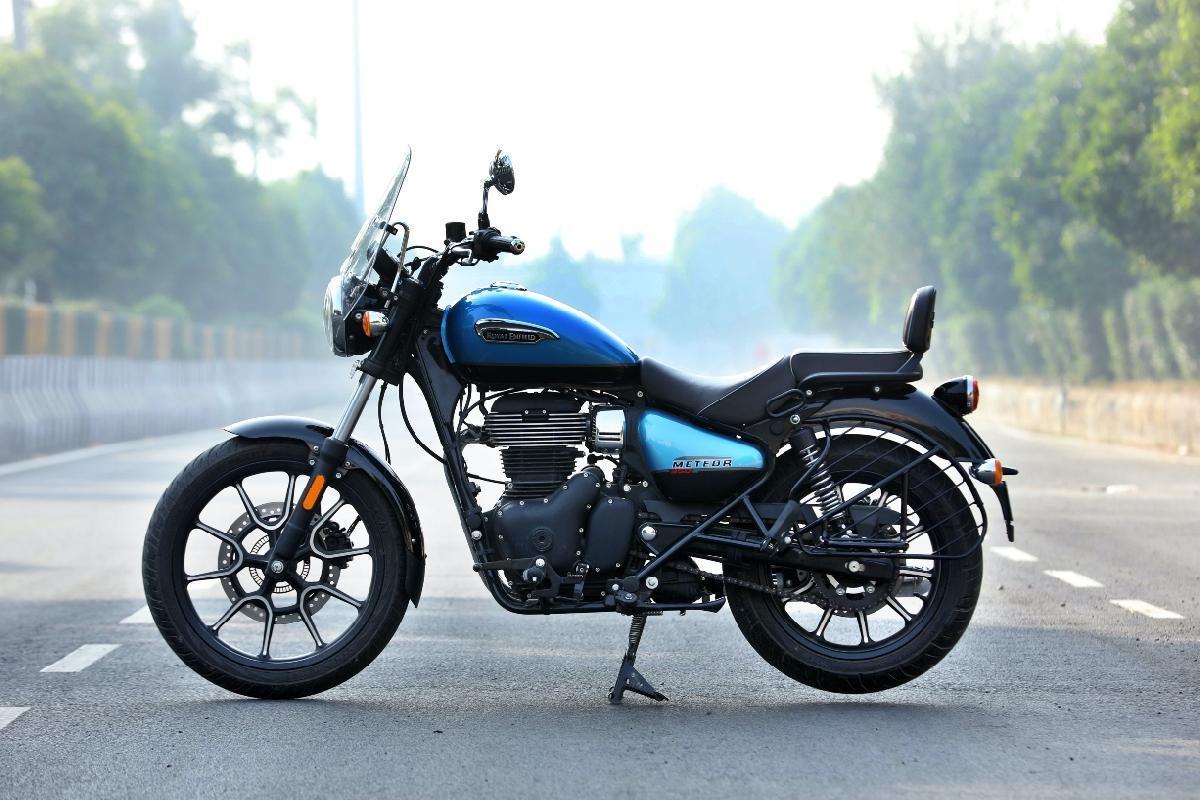 Well, at INR 1.90 Lakhs, ex-showroom Chennai, the top trim Supernova is fairly competitively priced as compared to its rivals. With a refined 350cc powertrain mated to a smooth 5-speed gearbox, along with comfortable ergonomics, a new navigation system and the build quality now at par with the competition, the Meteor is not only better than the Thunderbird but in many ways, it can take the competition to its rivals. For once, we can say that you really can’t go too wrong by buying a Royal Enfield or rather this Royal Enfield. Keep in mind that the waiting period is anything from one and half months to three months, but the wait is going to be worth it.