It’s been a long and challenging journey for the S-Cross since its launch in 2015 but now Maruti Suzuki is hoping that a switch in the engine from diesel to petrol will swing its fortunes. Is it too late in the day or can it make up lost ground?

There is a famous quote by Jack Nicholson in the film, A Few Good Men, which is apt for Maruti Suzuki’s efforts to resurrect the S-Cross, ‘Roll the dice and take your chances’. This could very well be the last straw for this crossover. Going by the current trend, the country’s most successful automobile manufacturer has decided to drop the diesel engine and go only with petrol. The 1.5-litre gasoline motor, which also powers the Ciaz, the Brezza and the XL6, has a lot going for it in terms of both, refinement and fuel efficiency, but sadly, history hasn’t been kind to the S-Cross brand since its launch in 2015. In fact, Maruti’s thunder was stolen by the runaway segment leader, the Hyundai Creta. In 2017, Maruti decided to press the refresh button and give the crossover a more aggressive look. It certainly was a vast improvement over the plain-Jane design, but by this time competition had become even more fierce with a whole new range of SUVs, including the sub-4 metre ones entering the market. Now, with Maruti Suzuki putting all its eggs in one basket, will this topsy-turvy year go easy on them? Only time will tell. 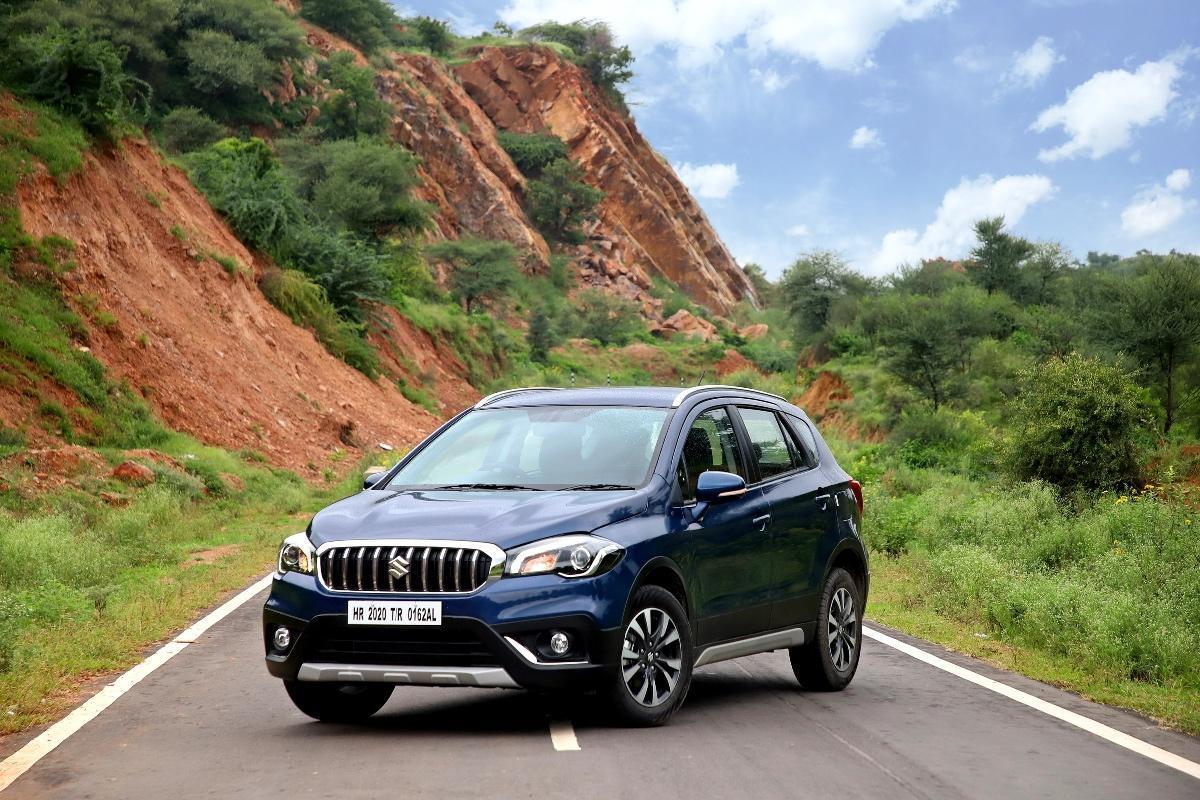 We will get to the aesthetics and features a bit later as we will first focus on the S-Cross’ major upgrade, the petrol engine. As mentioned earlier, this powertrain has been around for a while, but the S-Cross was previously available only in diesel, as a result, this change in heart is touted as a cleaner step forward for the crossover. Unlike its competition, Maruti isn’t in a hurry to jump on the turbo petrol bandwagon as they believe their tried-and-test 1.5-litre naturally aspirated powerplant is ideal for our driving conditions. We decided to fire up the engine and find out how it actually fares on the road. 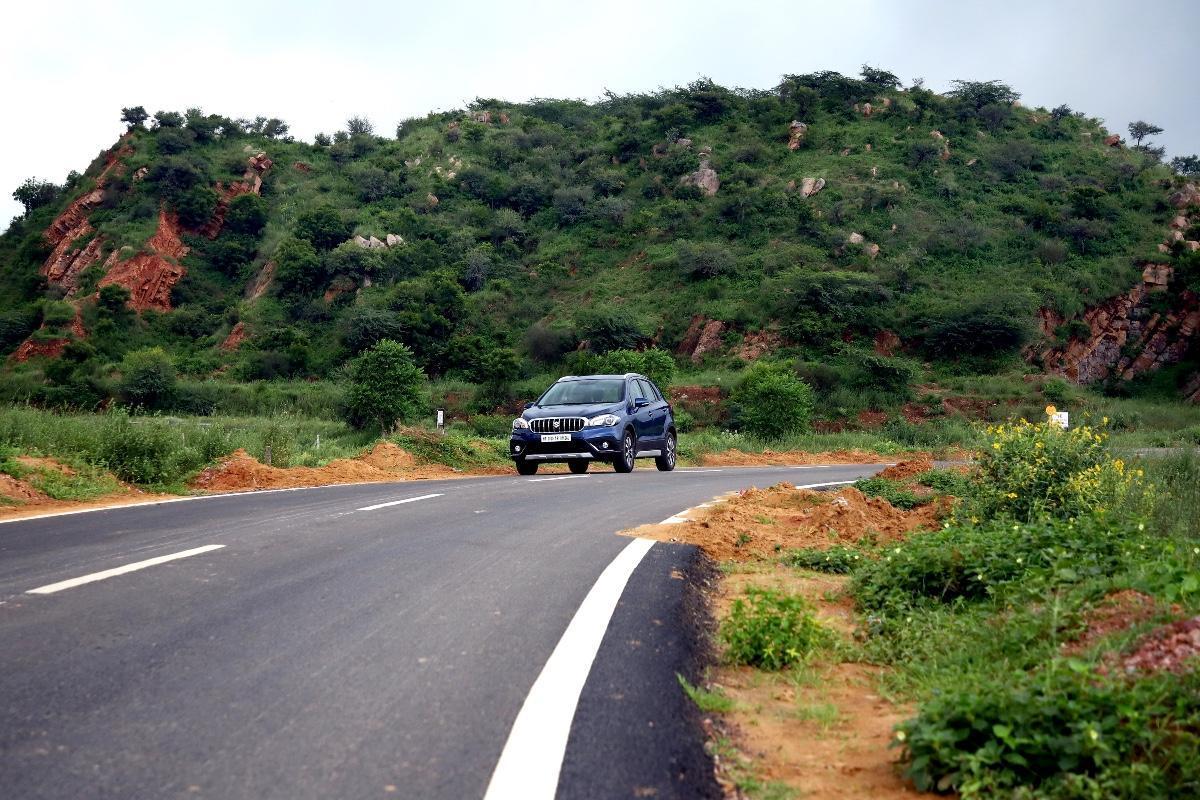 We drove the automatic version and that’s what our review will be based on. For some reason, pertaining to NVH, the engine is quite audible in the cabin, unlike other Maruti cars. Step on the accelerator and it will happily respond with minimal turbo lag. What impressed us was that in first and second gear, the S-Cross sprinted across the 3,000rpm mark without any resistance. Keeping in mind that the engine is mated to an old 4-speed torque converter automatic transmission, the third and fourth gears have a shorter gear ratio. It becomes quite evident that after building the initial momentum, it’s all about conserving fuel. Now, this isn’t really a deal-breaker as it lets you cruise comfortably in the city. This automatic gearbox isn’t the fastest like the dual-clutch ones, but in no way is it lazy either. It’s a perfect fit for urban driving conditions. In start-stop traffic or really slow driving conditions, slot the gear into 2 and chug away seamlessly. Does this mean that Maruti has managed to pull it off with the 4-speed transmission? Well, we won’t say it’s the perfect getaway because when you hit open roads and want to overtake other vehicles or just pick up pace, the transmission acts like a child lock over the engine and the power tends to evaporate when you want the ponies to gallop quickly. This is where you end up missing the 5th cog, if not the 6th. 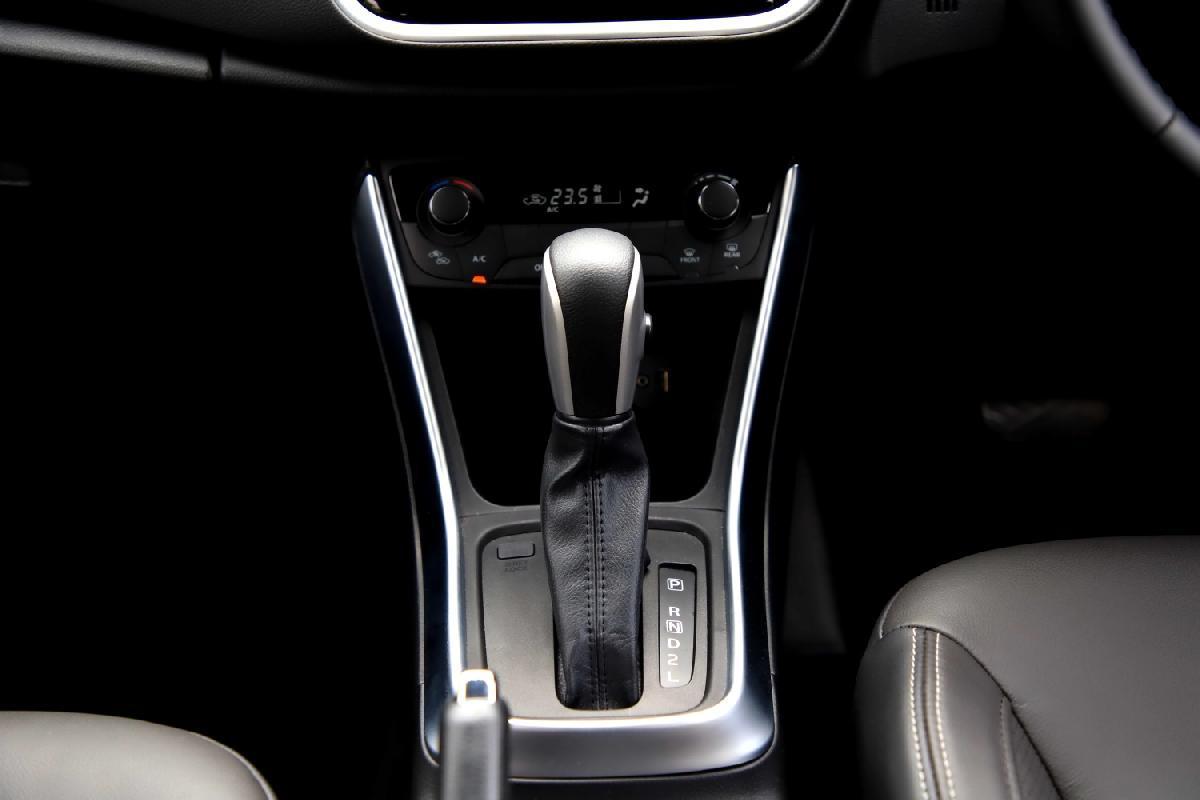 The engine, on the other hand, is no slouch. It may have a conservative output of 103bhp, but the linear power response ensures a sufficient pull. With its mild-hybrid setup, the powertrain, according to Maruti, offers a decent mileage of 18.43 kmpl. During the time we had the vehicle the S-Cross returned over 15 kmpl, which isn’t too bad, considering its gross weight is 1,640 kgs and we negotiated not just the city traffic but also managed a bit of the highway run. 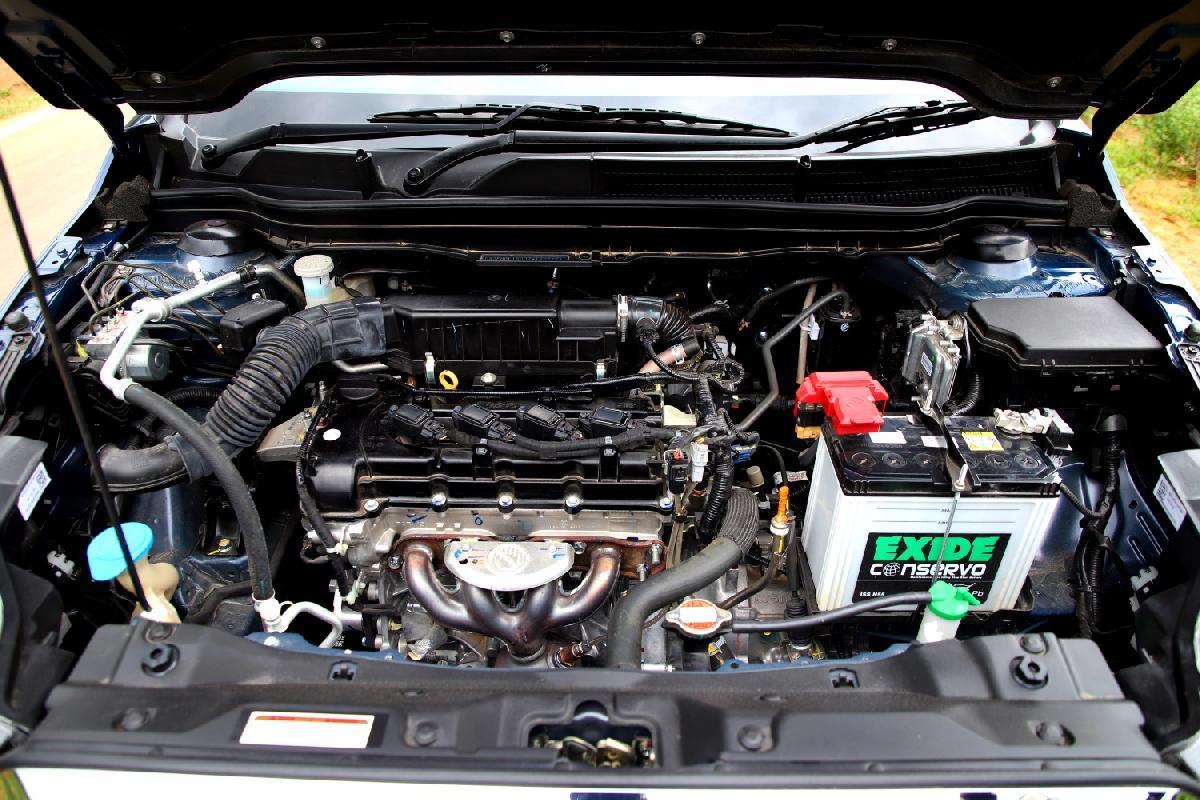 Sadly, Maruti hasn’t made the most of this opportunity to spruce up the S-Cross’ design, both in terms of exteriors and interiors. Its conservative looks have been its Achilles heel. 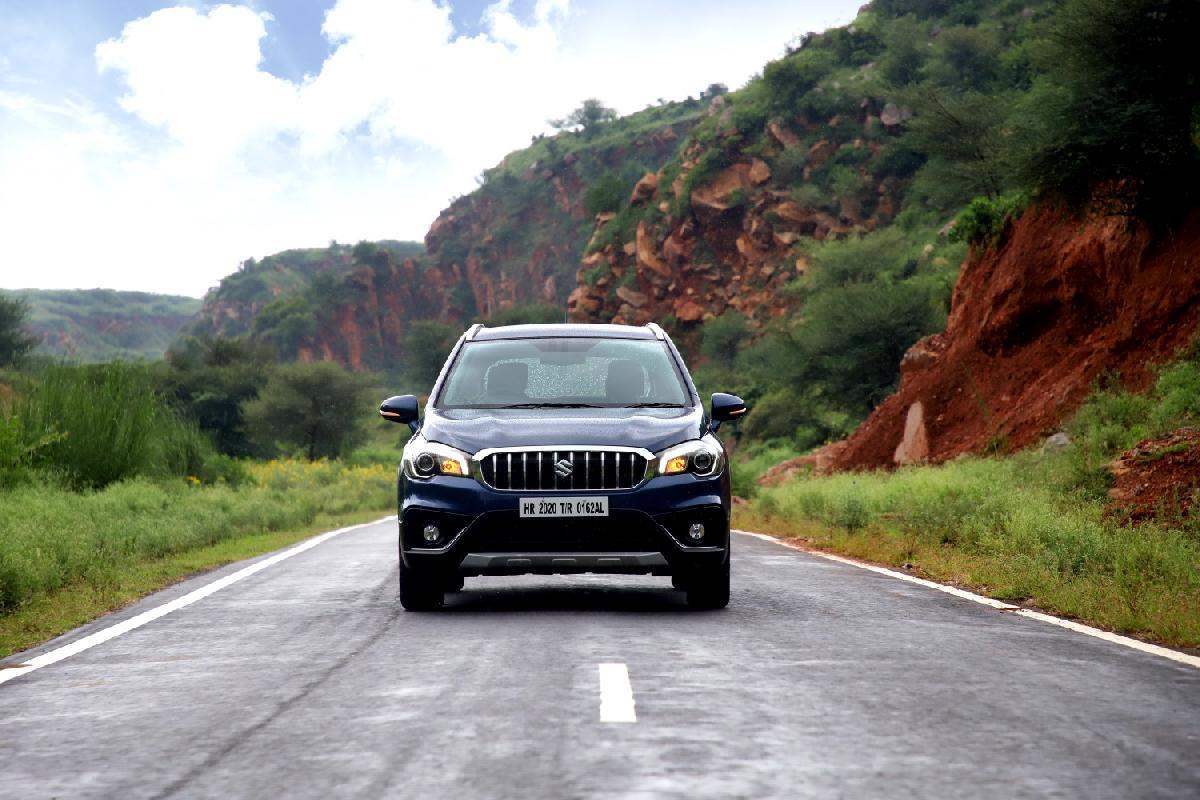 In all fairness, the new all chrome front grille, introduced in 2017, does give it a much-needed bold road presence, but then there’s nothing else to support it. The all-LED headlights with DRLs offer great light distribution on the road, the silver-painted faux skid plates along with the sporty-looking 16-inch alloy wheels add some dynamism, but frankly, not much. 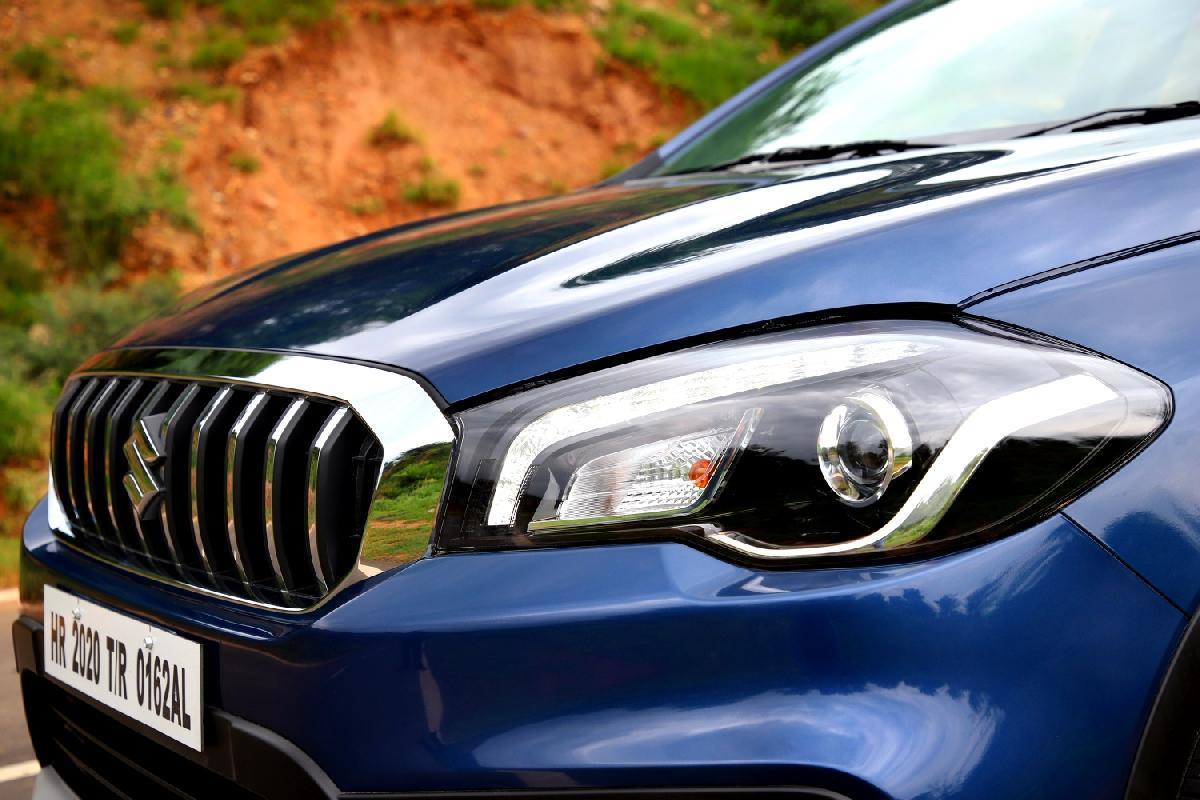 The cabin too doesn’t inspire. I’ve always been a fan of all-black interiors as they bring out a sense of sportiness, but there has been no change in design for the last five years. With the competition regularly updating itself, the S-Cross does feel dated. Sure, the connectivity features are expensive, but a couple of basic things could have been added to make the cabin more modern such as a wireless phone charger, rear AC vents and a sunroof, which is very popular with the Indian customers. 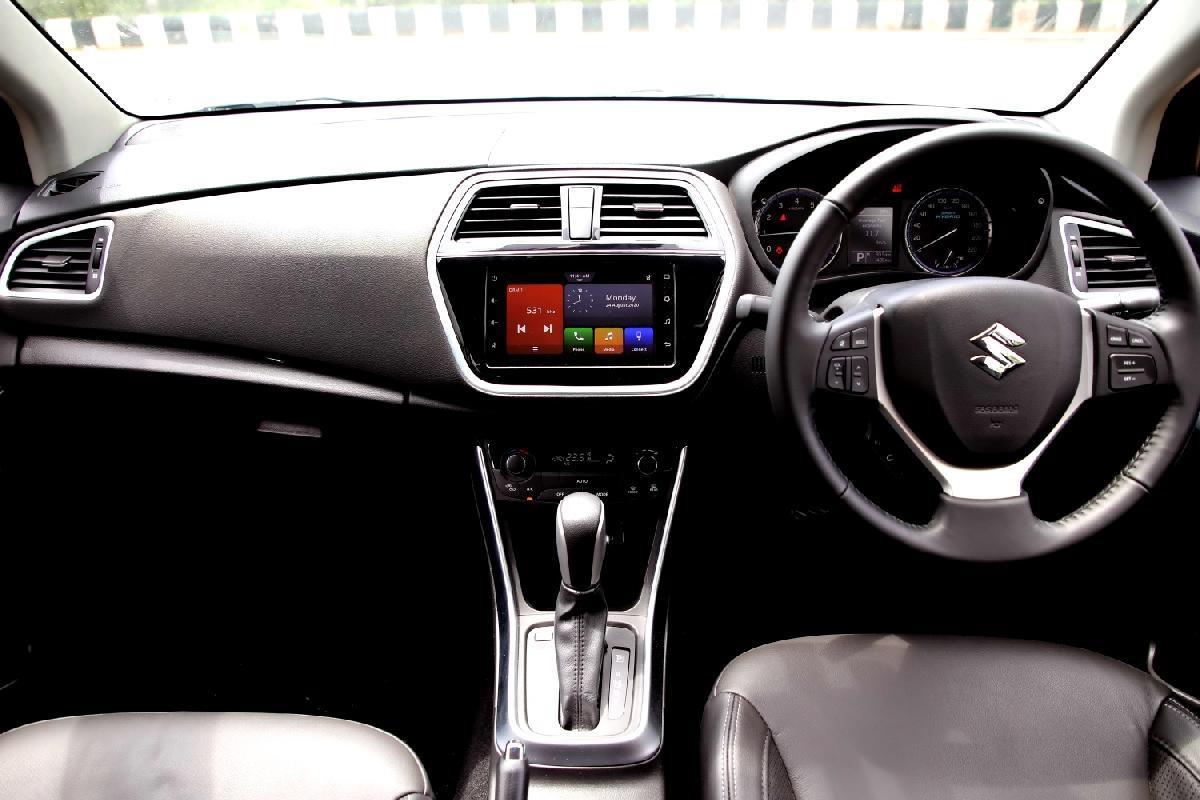 In terms of seat comfort, let us just say that the front seats are better than the rear bench, as the seat squab remains flat and doesn’t offer any under-thigh support. 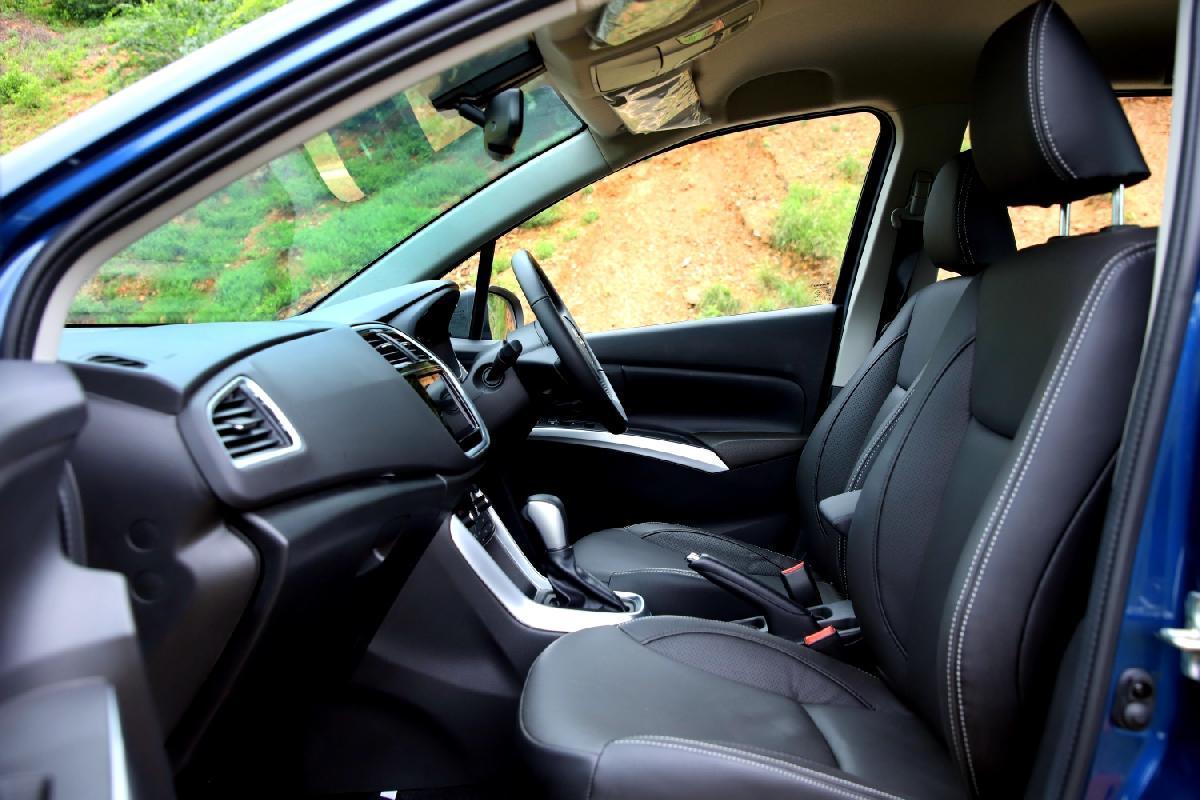 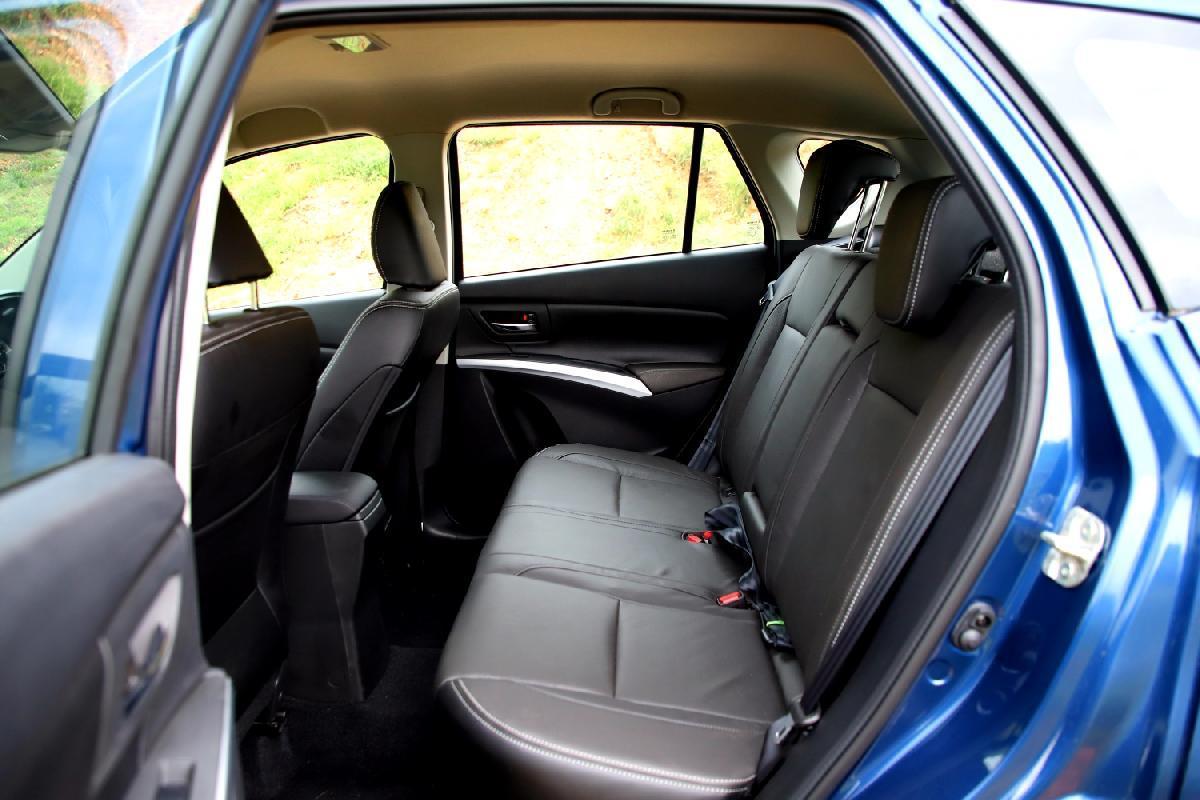 What does work in favour of the S-Cross is its 4,300mm overall length which makes it a roomy vehicle with plenty of head, leg and shoulder room for the passengers. The manual variant starts at INR 8.39 Lakh and goes all the way to INR 11.15 Lakh, while the automatic price range is from INR 10.84 Lakh to INR 12.30 Lakh, making it the most affordable vehicle in the segment. Maruti has priced the S-Cross so aggressively that it will even give compact SUVs such as the Hyundai Venue, Tata Nexon, Mahindra XUV300 and the Ford EcoSport sleepless nights as the price difference is within a lakh in the automatic variant and around INR 50,000 in the manual one. 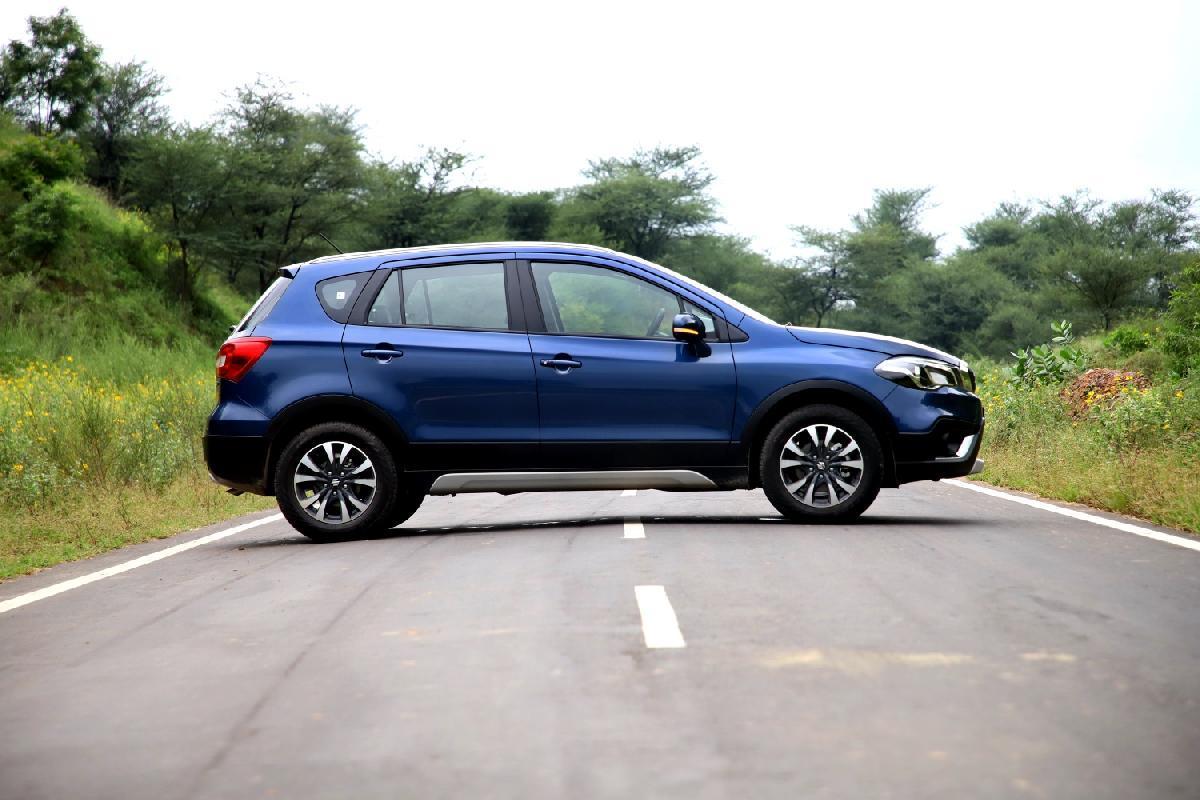 The S-Cross is a very practical, no-nonsense vehicle, which does very little wrong. It might not be the flashiest vehicle, but it offers a decent number of features like a new 7-inch infotainment system that’s equipped with Apple CarPlay, Android Auto and the works. There’s no compromise in safety as it comes standard with all-disc brakes, dual airbags, reverse parking sensors, ABS with EBD and Brake Assist and ISOFIX Child Seat Anchorages. The 4-speed transmission could have been updated, but it’s not really a hinderance while driving. It offers a very comfortable ride and it’s the most affordable 4-metre plus crossover in the segment backed by the country’s most comprehensive service network. So, if you're looking for a safe yet affordable vehicle in the market, then look no further.