Honda has broken out of its comfort zone and entered the Royal Enfield dominated segment with the H'ness CB350. Just what do these winds of change portend?

Honda managed to bowl a googly when they entered the retro motorcycle segment by introducing the H’ness CB350. And to be honest, we tip our helmet to them for taking a gutsy decision when most of the competitors have been focusing on naked bikes or compact sports bikes. The CB350 is available in two variants — the DLX and DLX Pro, the latter offers additional features such as the dual-tone colour scheme, dual horns in chrome casing and the Bluetooth enabled Honda Smart Voice Control. So, there’s a new retro motorcycle in town, but will the Honda badge manage to lure buyers away from Royal Enfield? Let’s find out. 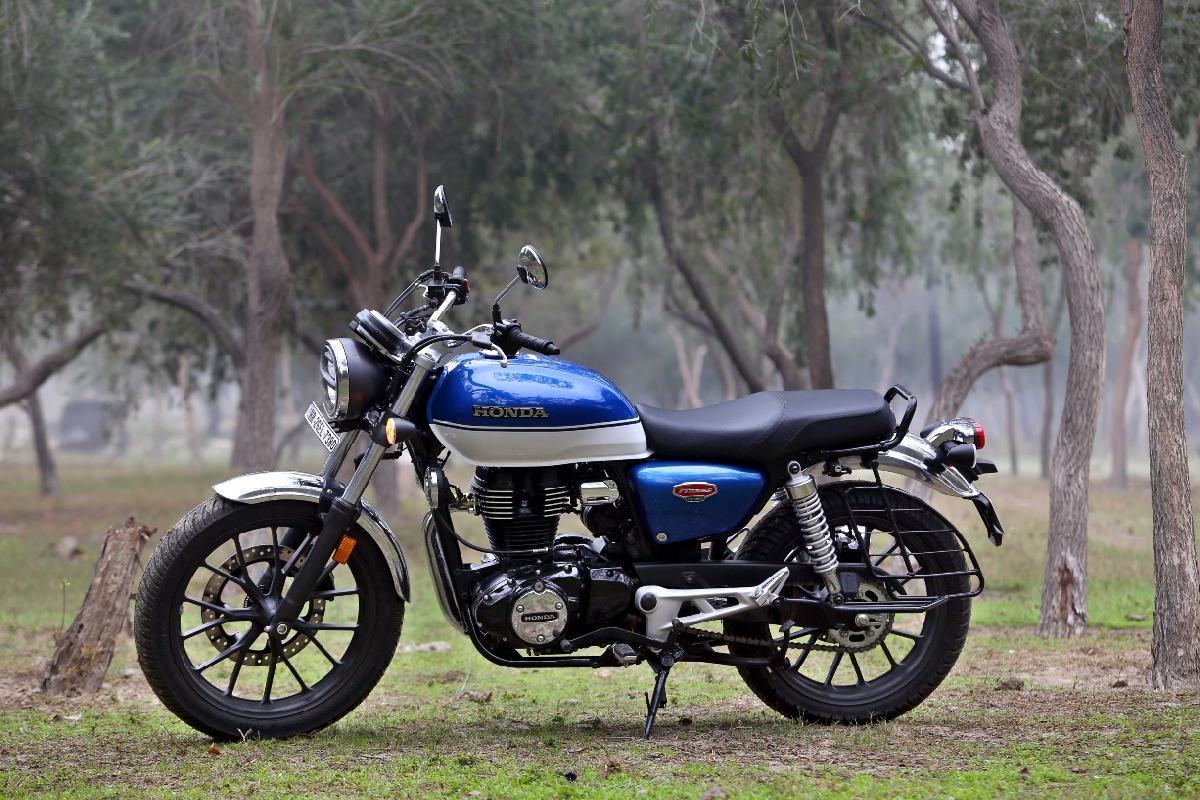 The CB350 is a road bike which blends in classic retro styling like the big round LED headlamp, the flat seat, the beautifully crafted tail light with an LED ring inside it and a contemporary 15-litres fuel tank. There’s also a lot of chrome on the fenders, the exhaust and even the rear hydraulic suspension. The CB350 may sport a lot of retro design elements but it’s one very modern bike as it’s the first in the segment to come with all-LED lights and the indicators double up as running lights, which illuminate all the time. A nice little touch by Honda. 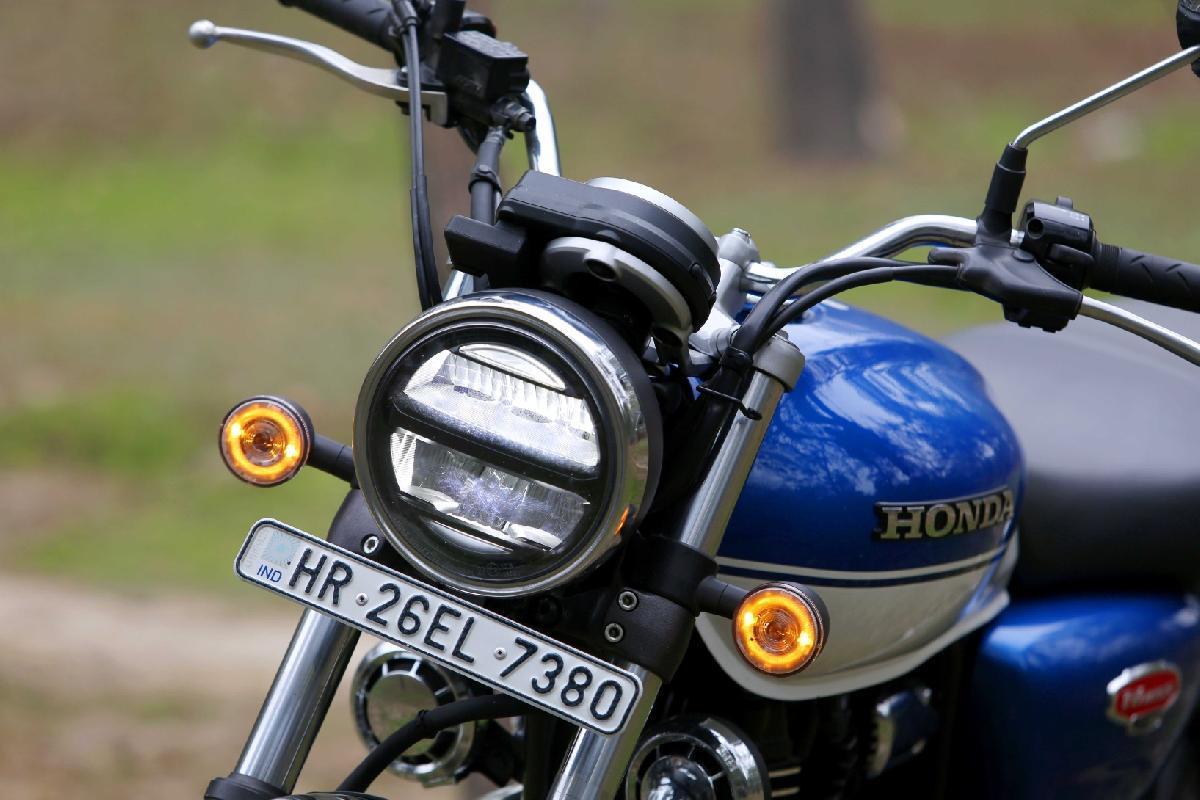 The semi-digital instrument cluster gets an analogue speedometer and a multi-information display that reads out the fuel gauge, real-time mileage, fuel average, distance to empty, and battery voltage meter, apart from the usual trip and odo meters. On the side of the instrument panel, there are indicator lights for traction control, ABS, ECO mode etc. It also comes with a USB-C port to charge your phones. The rubber quality and finish of the casing for the charging port is average at best. 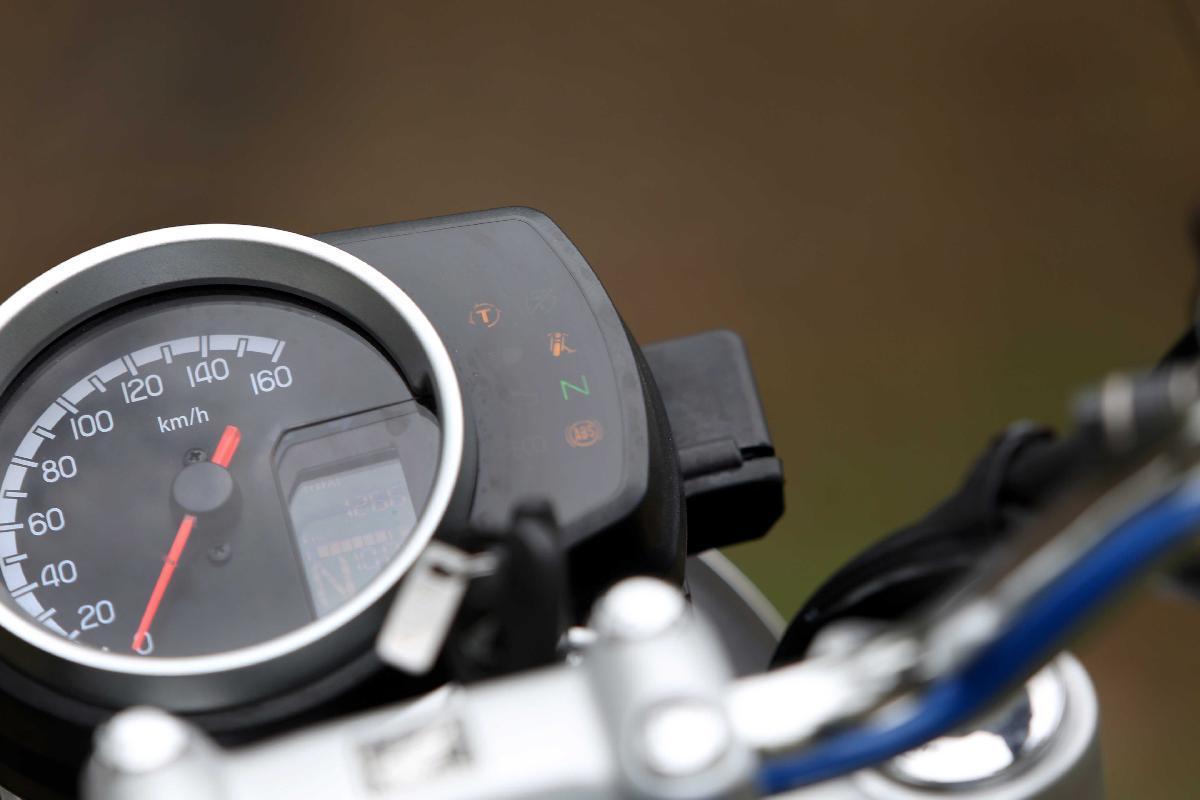 As mentioned earlier, the CB350 DLX Pro trim comes with Bluetooth enabled features that sends incoming call alerts, reads out messages, plays music, offers turn-by-turn navigation via a dedicated Honda app, however the catch is that all this can only be enabled if you have a Bluetooth connected headset for the helmet. Honda could have simplified this by not making this a ‘must-have accessory’ sparing buyers additional expenditure which they now have to incur. Also, at the moment the Honda app is only available for Android phones.

Before getting into what the new 348cc engine is like, we pause and listen to the exhaust note. In this segment, the acoustic beats play an important role and we are happy to report that it is robust and crisp without any muffled mechanical rasp. It doesn’t have a low deep thump like the Royal Enfield, but it has a loud commanding note that will attract a lot of attention. 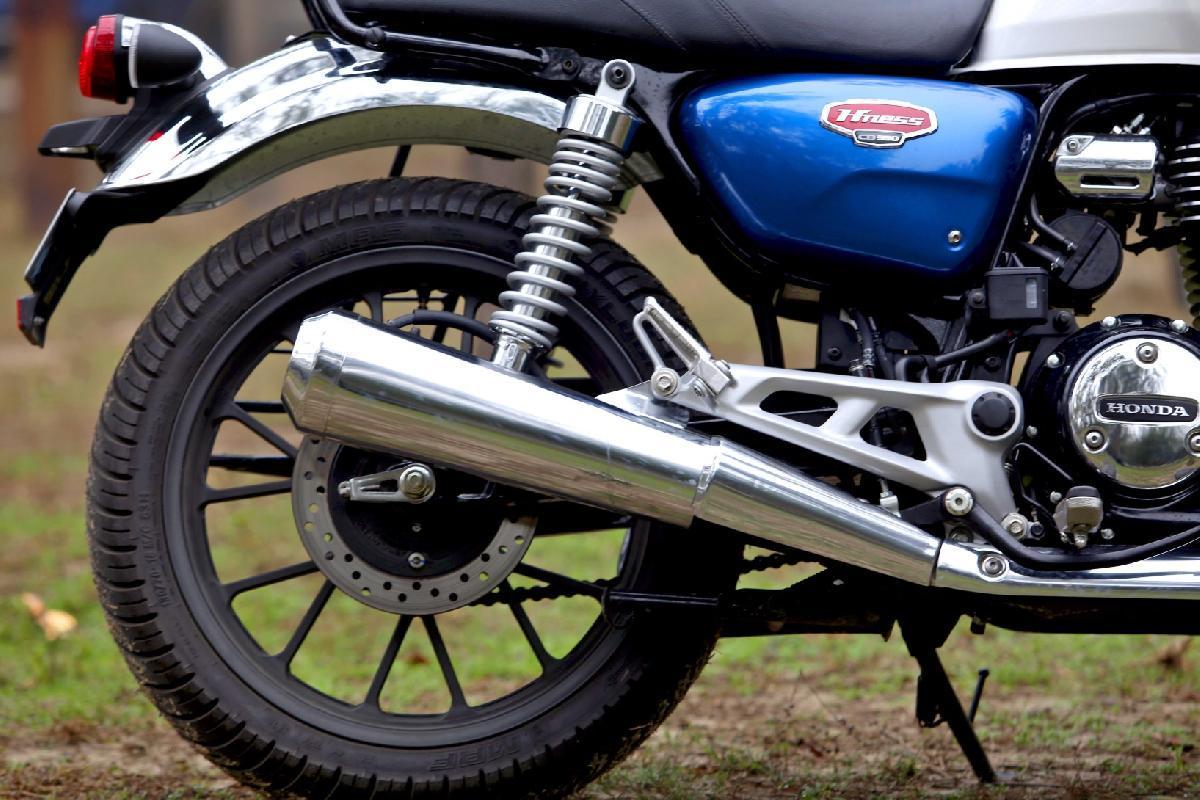 With an output of 20.7bhp, it may not sound earth-shattering, but with class-leading 30Nm of torque, the bike promises to offer plenty of pulling power. As in life, everything comes with terms and conditions and sadly due to its tall gearing ratio, the CB350 struggles and lacks the urgency at low speeds. One has to consciously shift down while overtaking or negotiating a speed breaker. Initially, this could be slightly frustrating but there’s a simple solution to this dilemma, keep revving hard and it doesn’t take too long to get used to the nature of this engine. The good part about the motor is that with a counterbalance, you can rev it as high as you want, it will keep the vibrations to a minor niggle. Ride the CB350 like a street bike and within no time the high revving powertrain will become second nature to you. The engine is happiest at the mid-range power band and continues to offer enough juice at the top end-range. It can easily touch the 120kmph mark, and the fuel economy was around 32-33kmpl, which is not bad, keeping in mind that it’s a rev-happy motor. The 5-speed gearbox is very smooth and due to the tall gearing, you don’t feel the lack of a 6th cog. It also comes with an assist slipper clutch, which is a first in the segment while the clutch lever is very light. 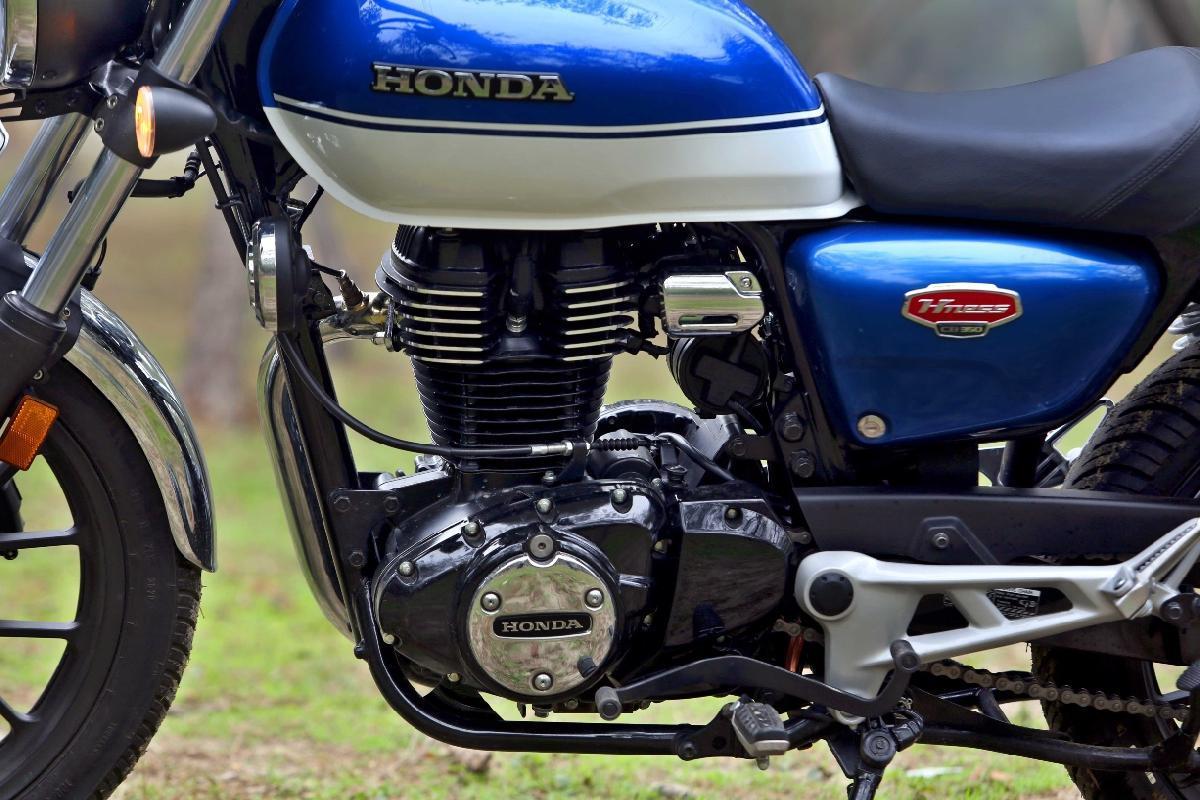 What was a bit annoying was Honda swapping the horn and indicator buttons which needs some getting used to. 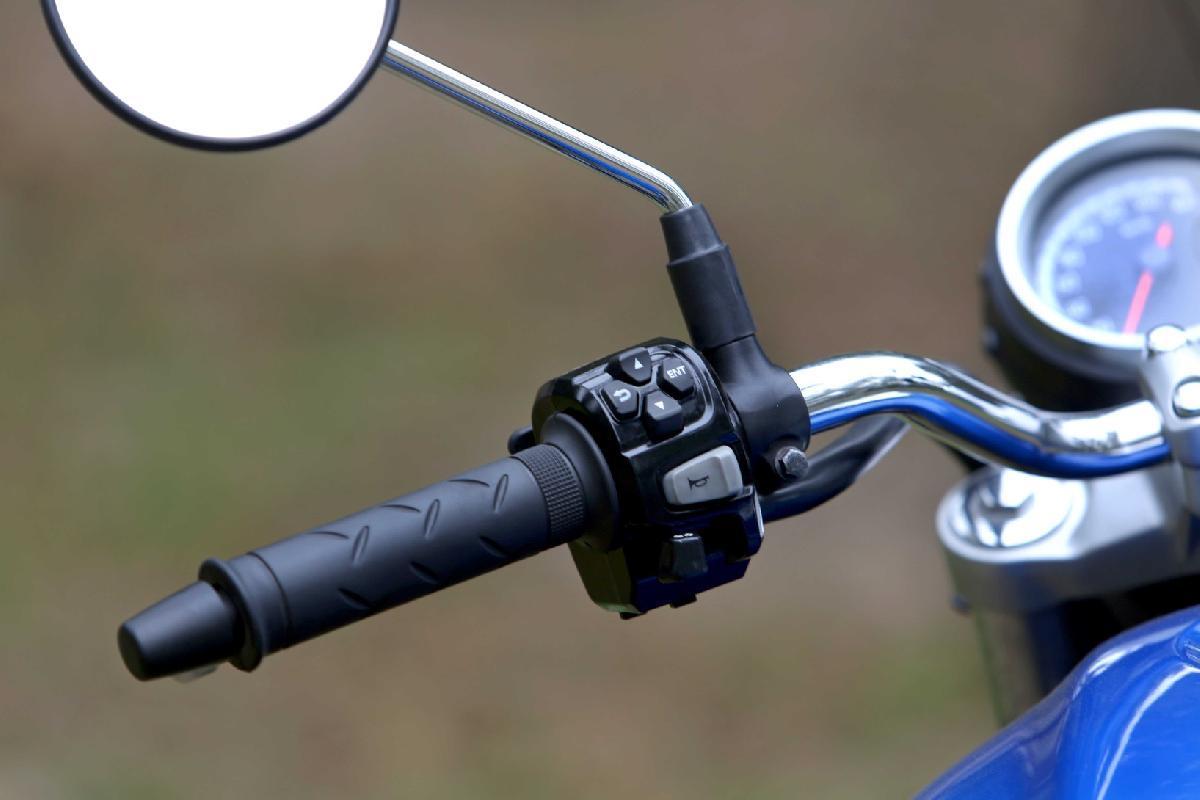 With neutral riding ergonomics, the CB350 is ideal for both urban and long-distance rides as the position is straight and comfortable. You aren’t forced to stretch for the handles nor are the footpegs pushed back ensuring it's easy to negotiate slow-moving traffic. 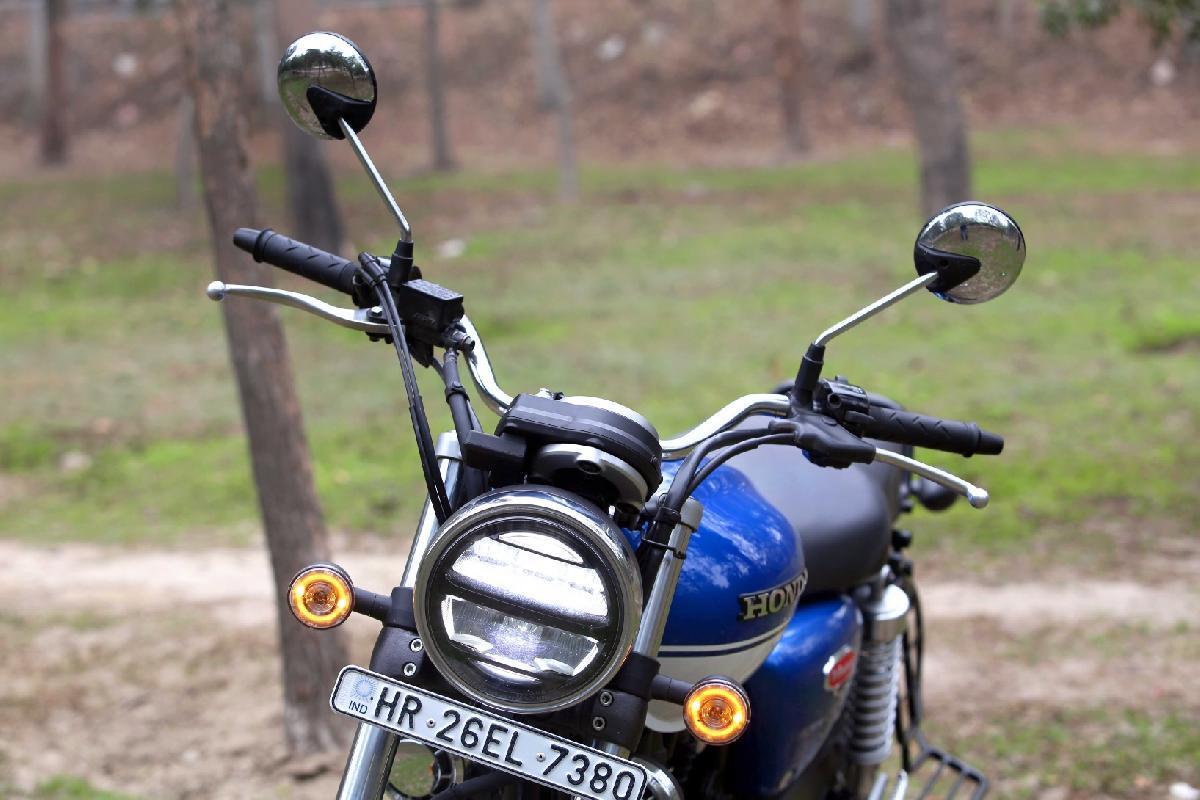 Keeping in mind that the CB350 is more of a street bike than a retro one, the new light frame ensures that it corners effortlessly without any additional weight weighing in on you. Some may initially find the suspension slightly firm, but after spending some time on the saddle you will realize it sails over potholes without any drama or a spine busting thud. Sure, it isn’t soft like a sofa like most would expect from retro bikes, but it offers a balanced ride quality and handling. 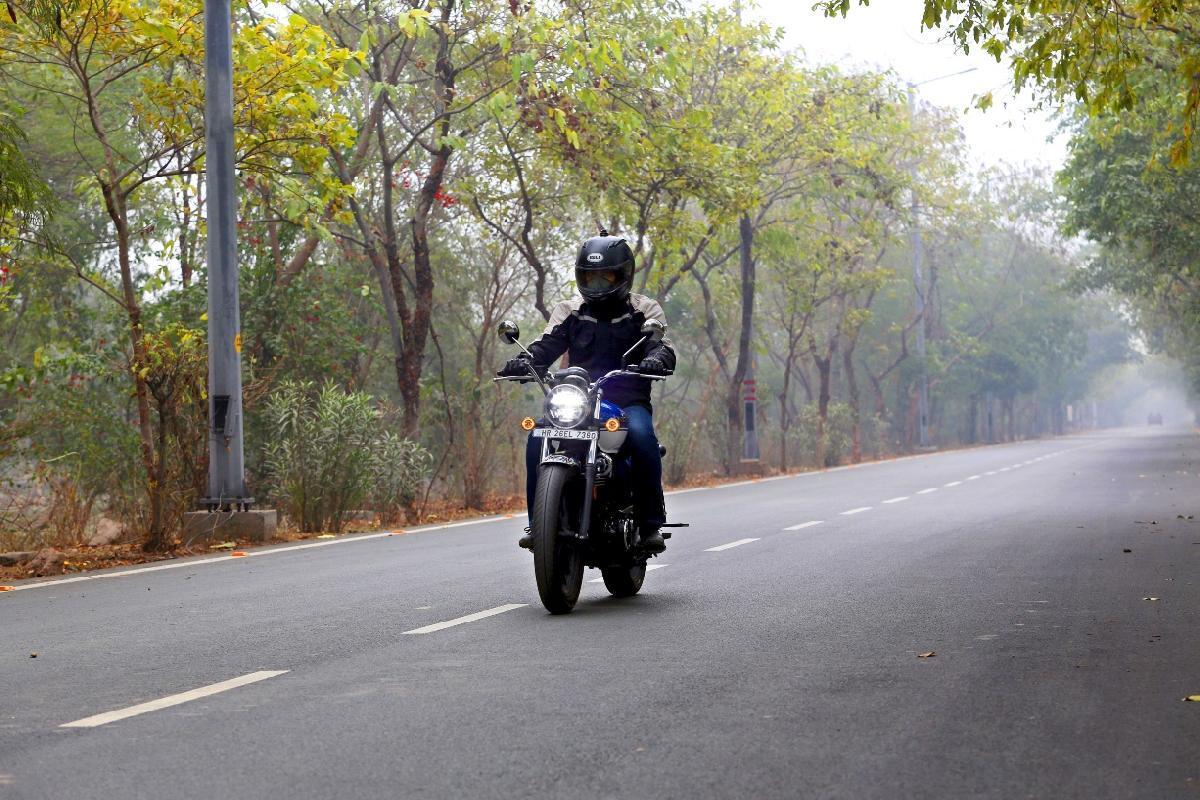 The H’ness CB 350 is a gorgeous looking bike and as our test bike was the top-of-the-line DLX Pro, the dual-tone colours made it stand out. Being a Honda, the build quality, the refinement, the modern technology like traction control or Honda Selectable Torque Control, dual-channel ABS, slipper-clutch and other features are all top-notch. Also, the 310mm front disc brake is the largest in its class. Does a 20.7bhp motorcycle really need traction control? The simple answer is yes, to enable better ride and handling on different kinds of terrain. So, think of it as a safety feature. The gear shifter has a vague angle as the heel part is quite high making it cumbersome, but the solution is simple – just use the toe shifter. 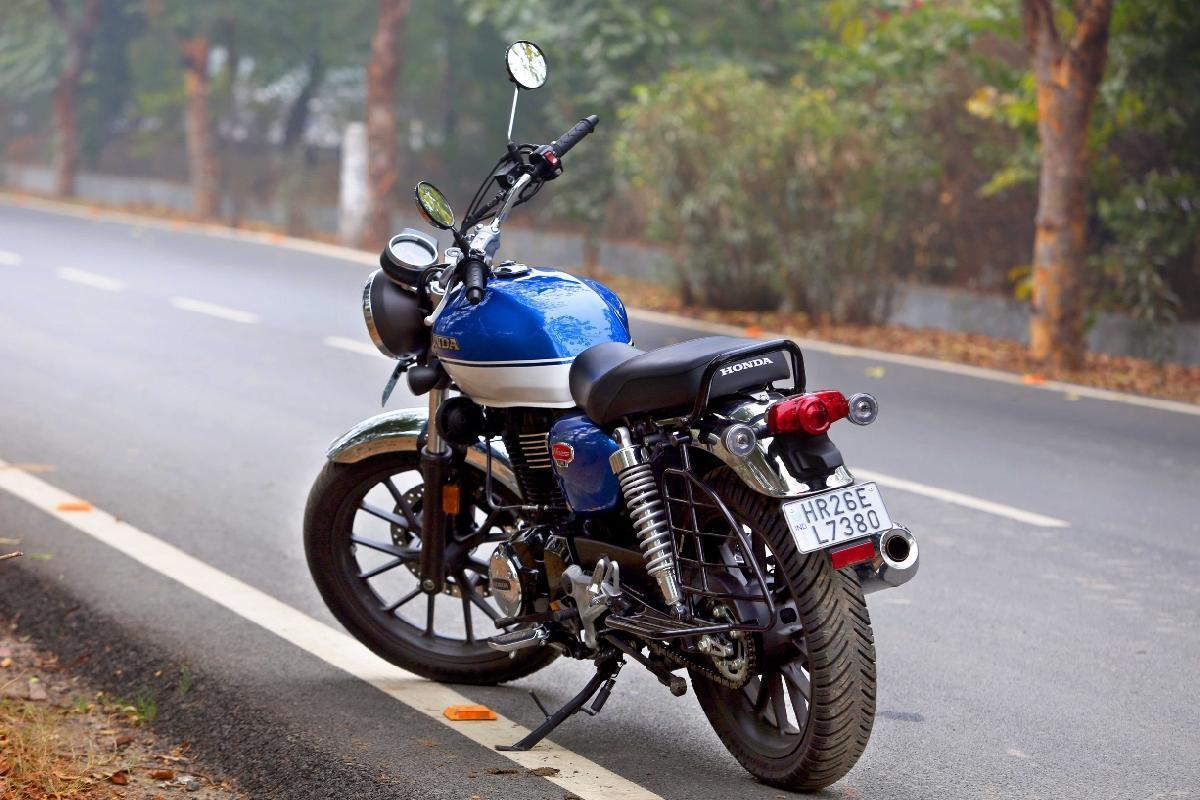 Starting at INR 1.86 Lakhs and the Pro version at INR 1.92 Lakhs, ex-showroom Delhi, it is pricier than its competition, but then you also get a slightly better build product along with the legendary Honda reliability and many first segment features. So, if you’re in the market for a retro motorcycle, we suggest you take a good look at the CB350. Not only is it the best that money can buy in this segment but it will also make old-school bike fans nostalgic all over again.