Meet the ultra sophisticated and super comfortable Audi A4.

Audi’s executive sedan, the A4, was a hit from the moment it was launched in 2008, and continues to entice buyers despite rivals equally comparable products such as the Mercedes-Benz C-Class and BMW 3-Series. Over the years, we have driven the A4 with different engine configurations and have always come away hugely impressed with the sedan. Remember the 3.0-liter TDI engine? Aha! We knew we’d get your undivided attention, the minute we mentioned that one! Anyway, coming back to the car at hand, the fifth generation A4 TFSI, has received a facelift, and with this product, Audi, has begun its product offensive for the year. How good is the A4 and will it continue to cast its spell? Read on and thou shalt be enlightened.

Frankly, there’s not much to dislike on the A4. Yes, the design has looked the same (Barring a few tweaks) more or less, for long enough, which begs the question how much longer before its design gets completely overhauled. Having said that, the current design isn’t bad, no, not by any stretch of the imagination, it is just that considering the times that we live in, we expect to see change much sooner. However, when there is a carmaker out there that pays special importance to the family look, things can take a bit longer. Nevertheless, we can be sure of one thing – whenever Audi does reveal the A4’s new design, it will indeed be a captivating one! 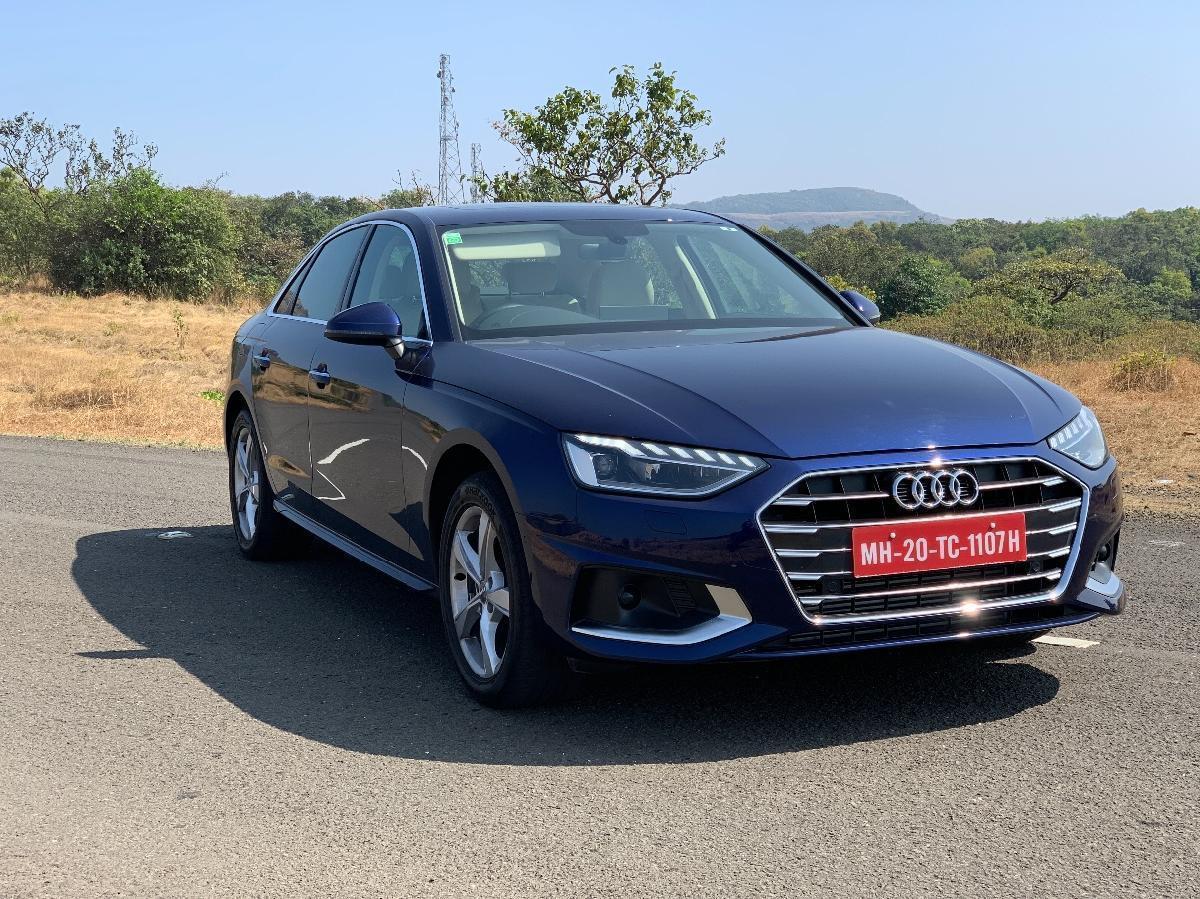 The current A4 gets two broad and beautifully sculpted vertical lines on its surface that run the length of its long bonnet adding a lot of character to the sedan. Then there is the massive flat, single frame grille, hot or not, the jury is still out on that one but it must be said that the grille does comprise a big part of the fascia. 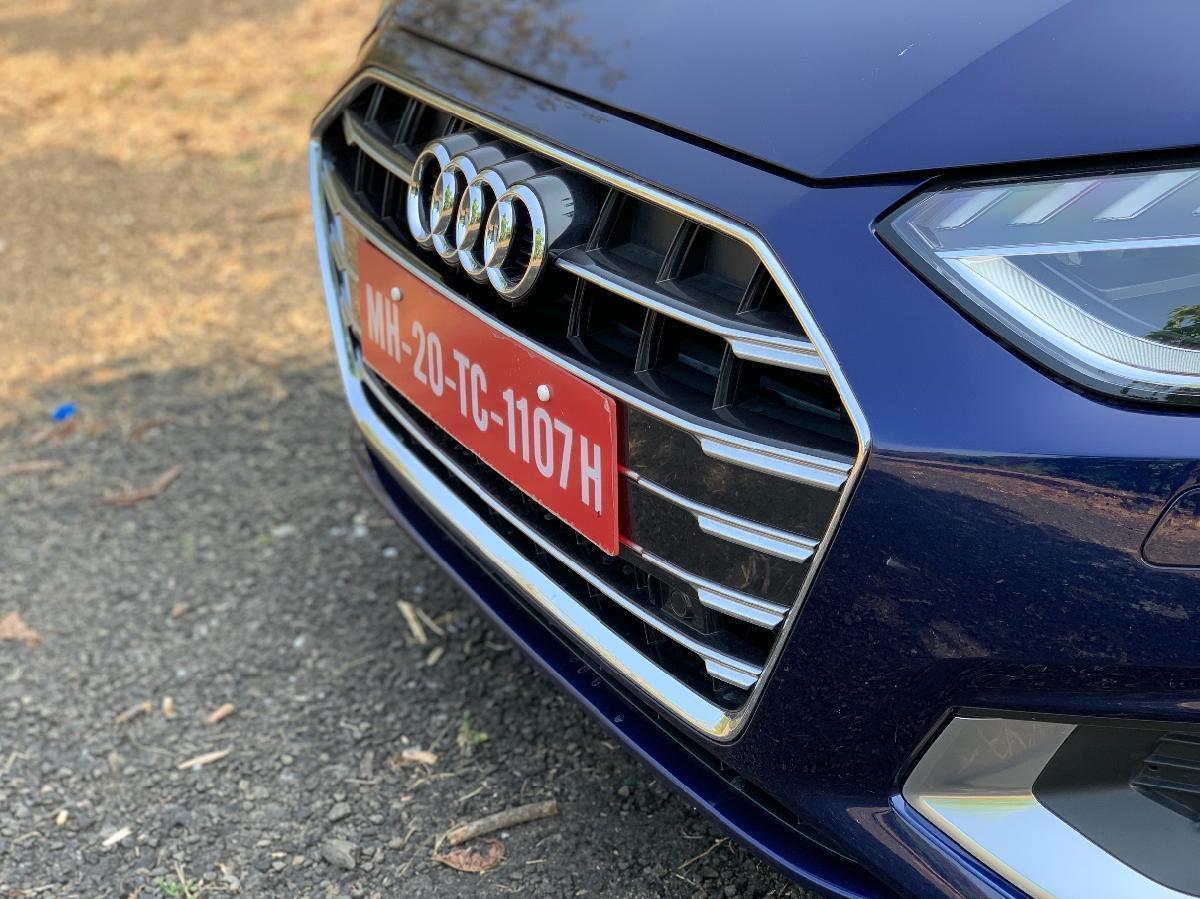 What really stand out though are the gorgeous headlights which come with uniquely designed indicators that look stunning. There is also a headlight washer to keep the headlights free of dust and grim so that your view of the road ahead, at night, is not compromised in any way. 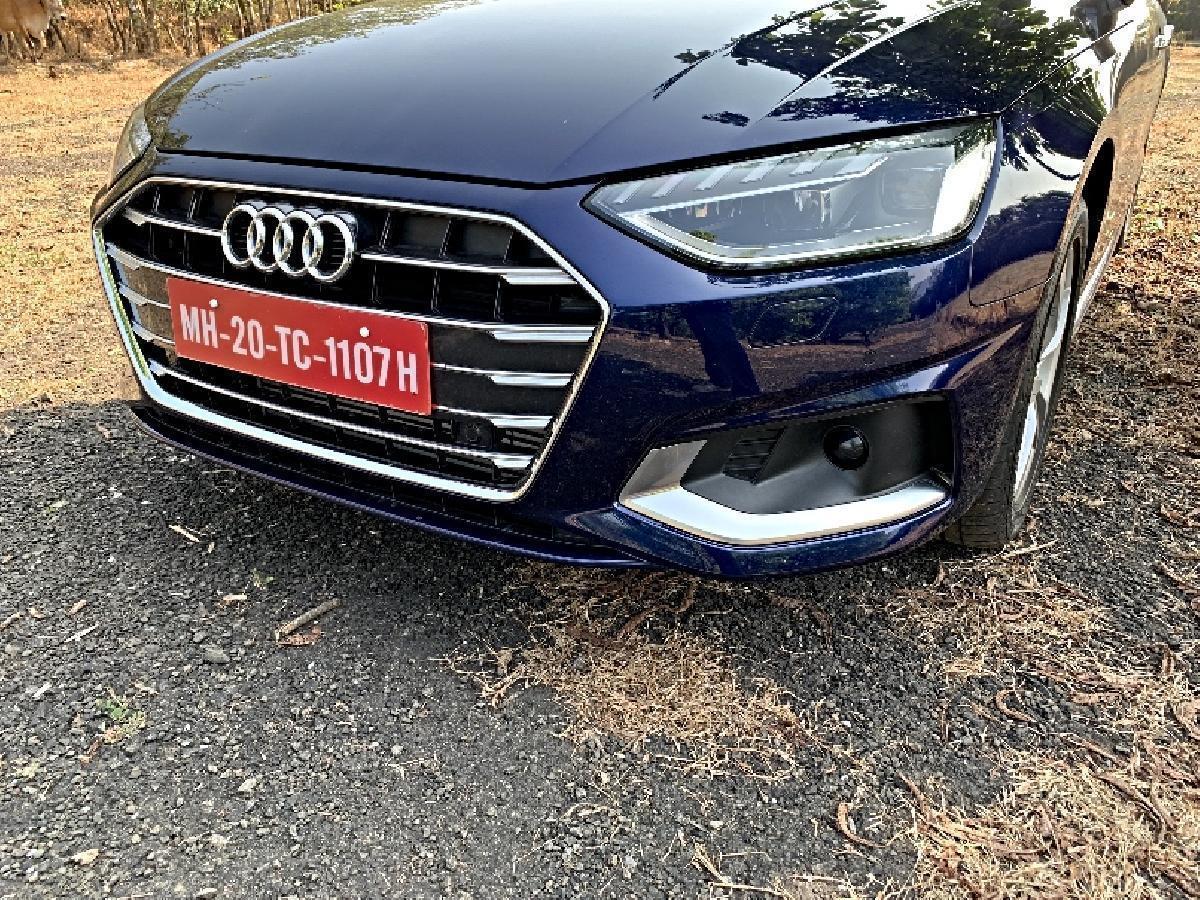 The tail lamps also look gorgeous as do the indicators and there is a slim chrome band that runs between both the tail lamps. The use of chrome there (as well as around the windows) has been tastefully executed. Below it you get the 40 TFSI badging which tells you that this is the new A4 petrol model. 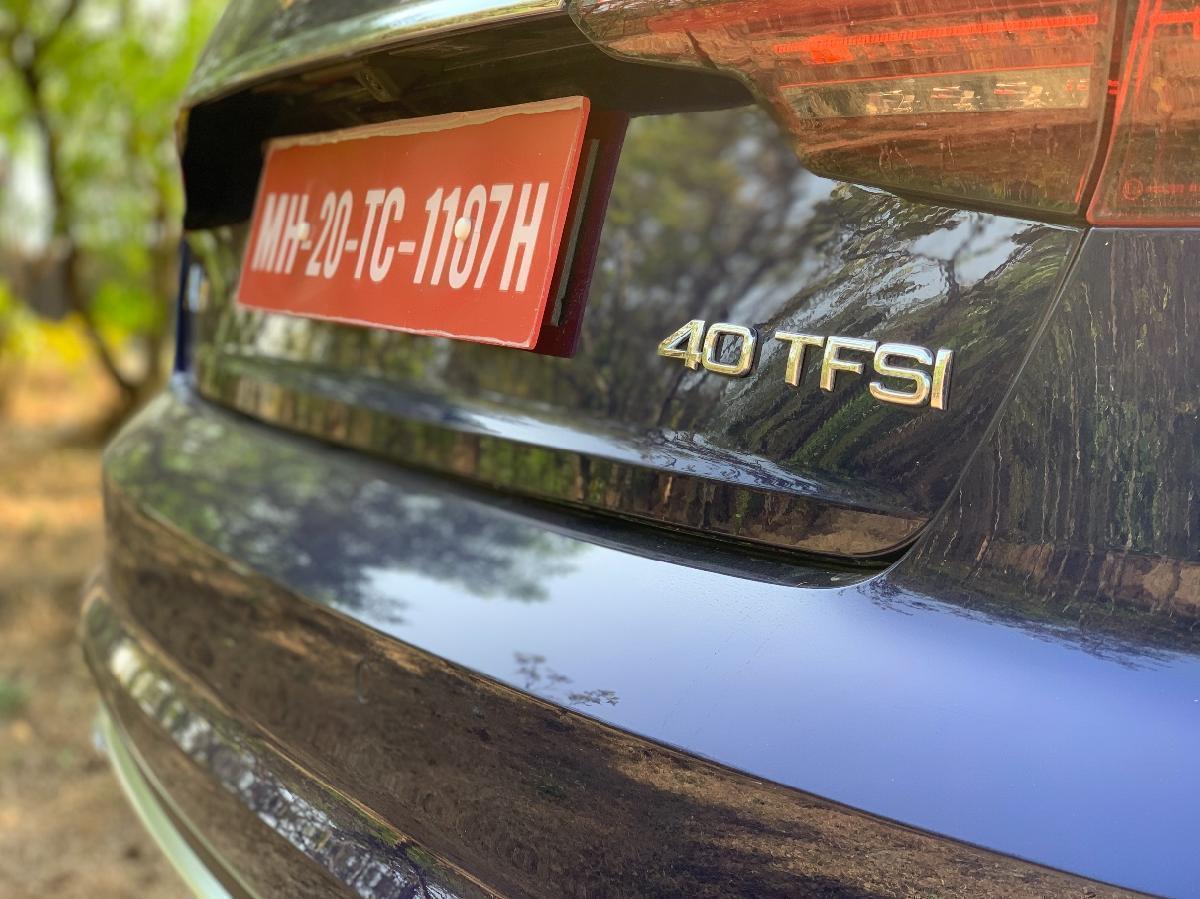 The dual exhausts also get chrome surround which in our opinion is very well finished and looks really good. The boot is a generous one with 460-liters of capacity to hold all your luggage. 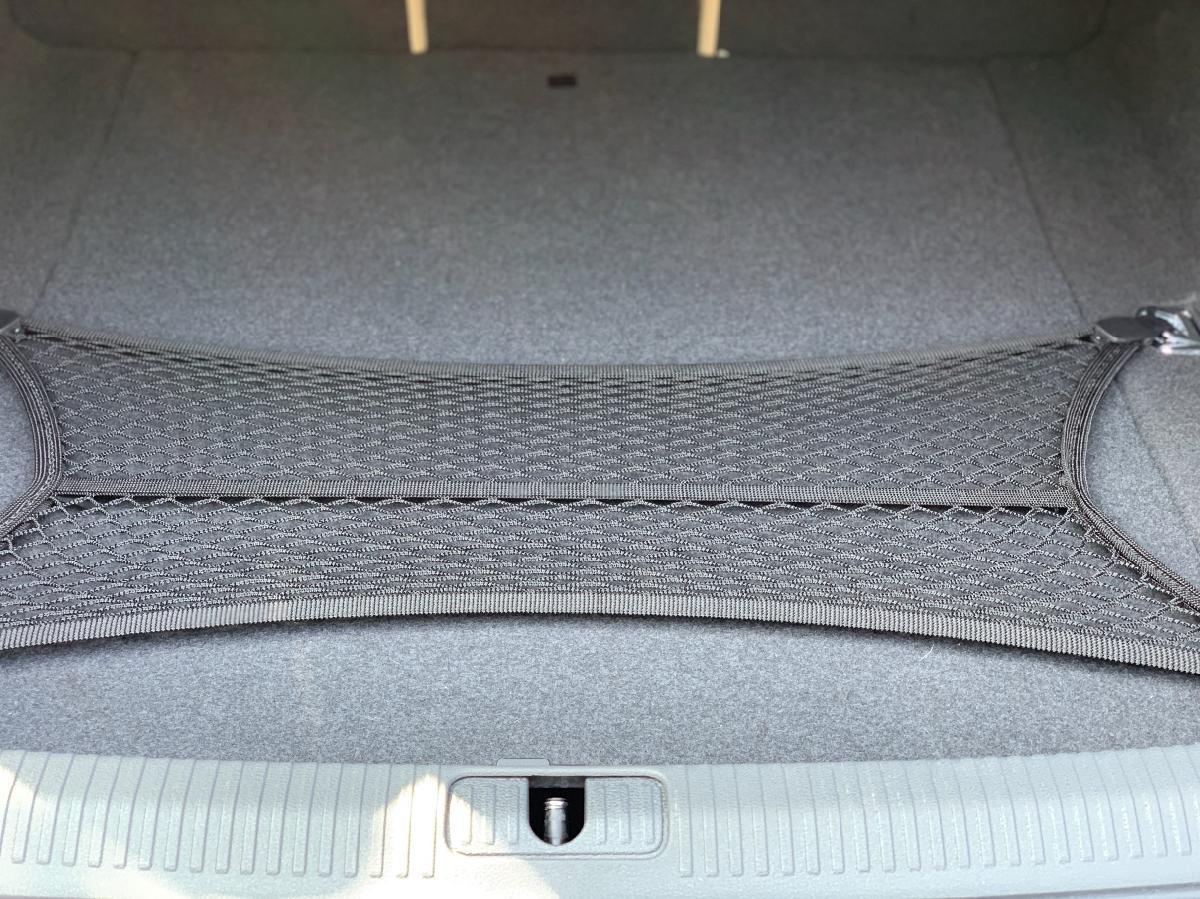 The A4 comes shod with comes with 17-inch, 5-spoke alloys that give it a distinct look. 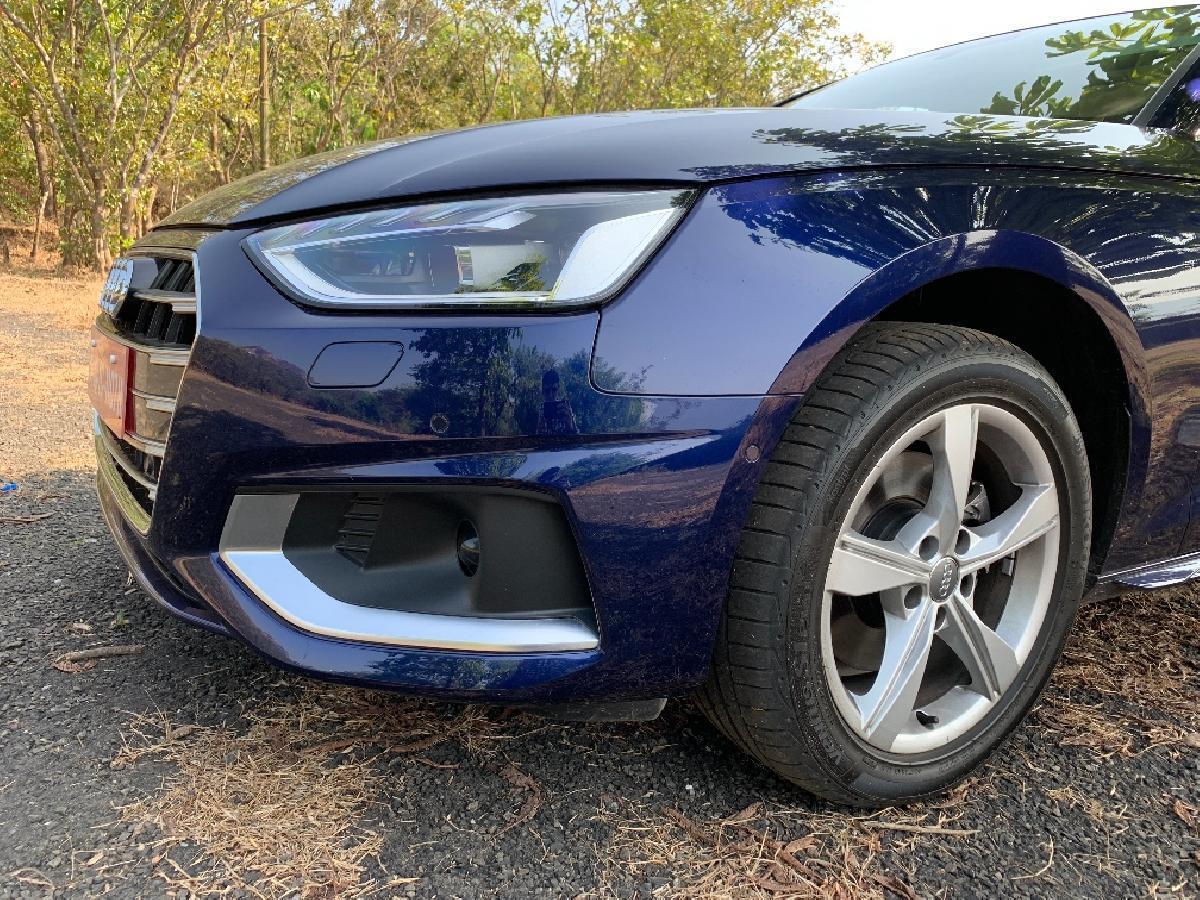 Inside the A4, as expected from Audi, is an extremely well-appointed cabin. Its instrument cluster, the Virtual Cockpit, uses a crisp HD display which elevates the driving experience furthermore. There is a liberal use of some of the finest materials inside such as soft plastics, leather, piano black finish as well as satin chrome all of which lend a premium look to the A4’s interiors. The 10.1-inch Touchscreen sits upright on the dash but without disrupting your view of the road. It offers a sharp display and is an extremely responsive unit. 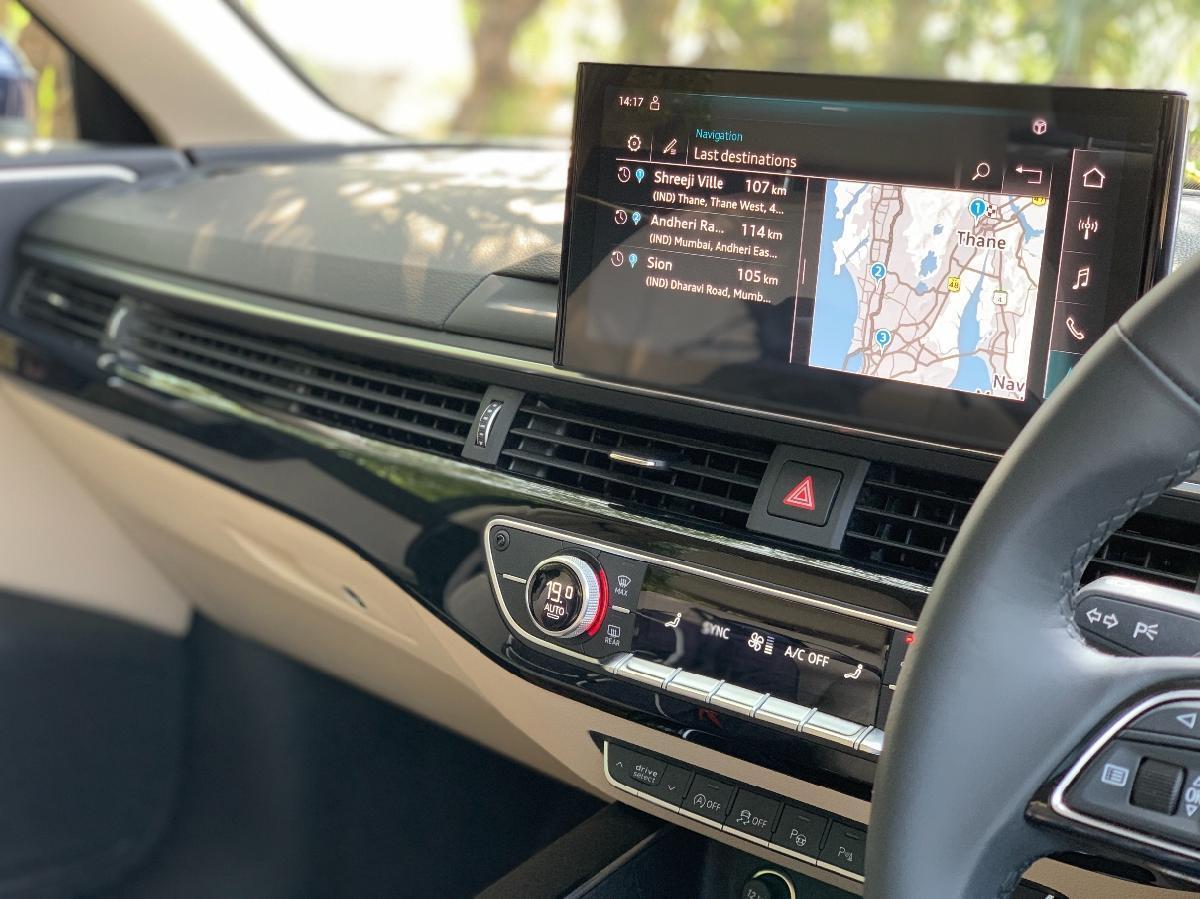 Below the armrest is a wireless charger tucked away for charging your cell phone. 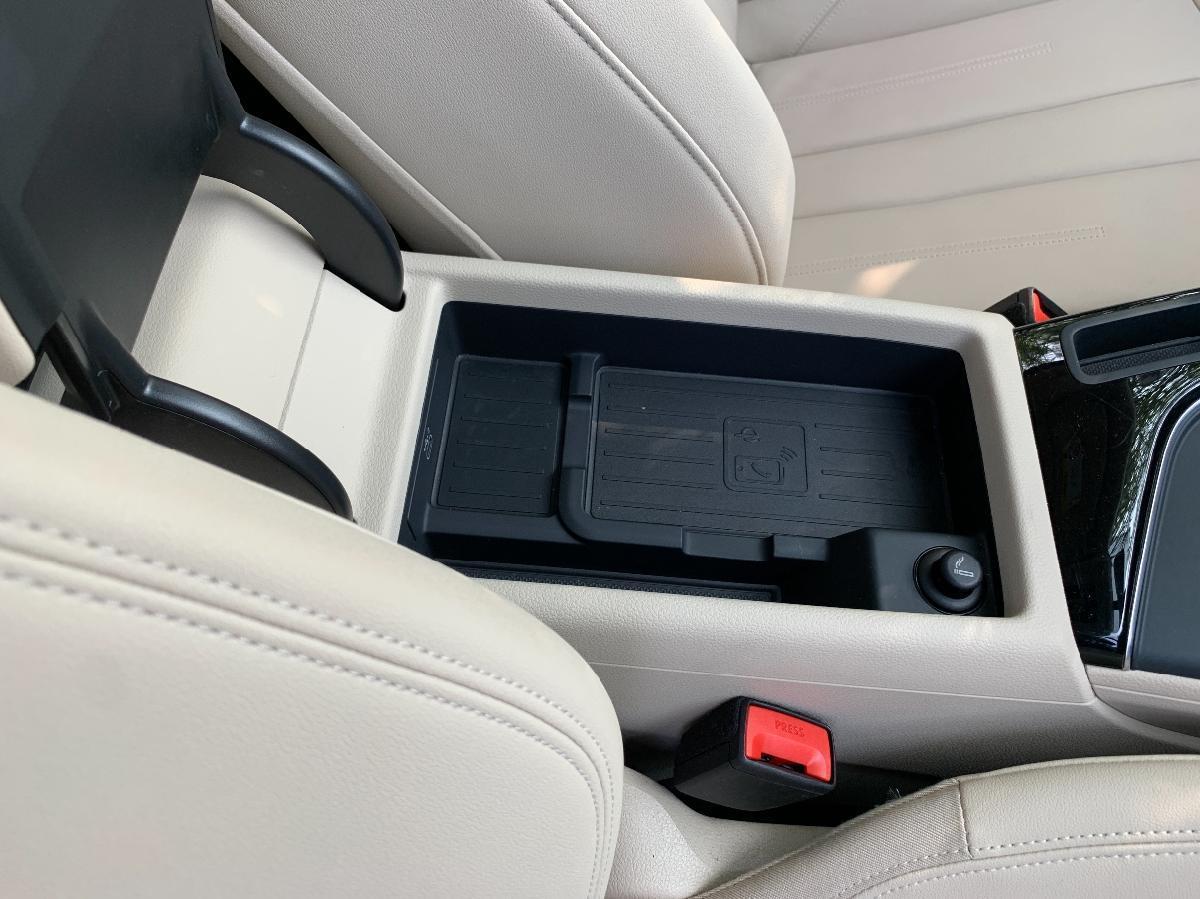 The ivory-coloured interiors give the sedan a very clean, fresh and elegant look and we think that they contrasted really well with the exterior blue body paint of the car that we drove. There is ample head, leg and shoulder room for all the passengers, both, at the front and at the rear. You are sat a bit low at the rear and that’s what we mean when we say that the design of the A4 needs a complete overhauling because this low seating has begun to show the sedan’s age. 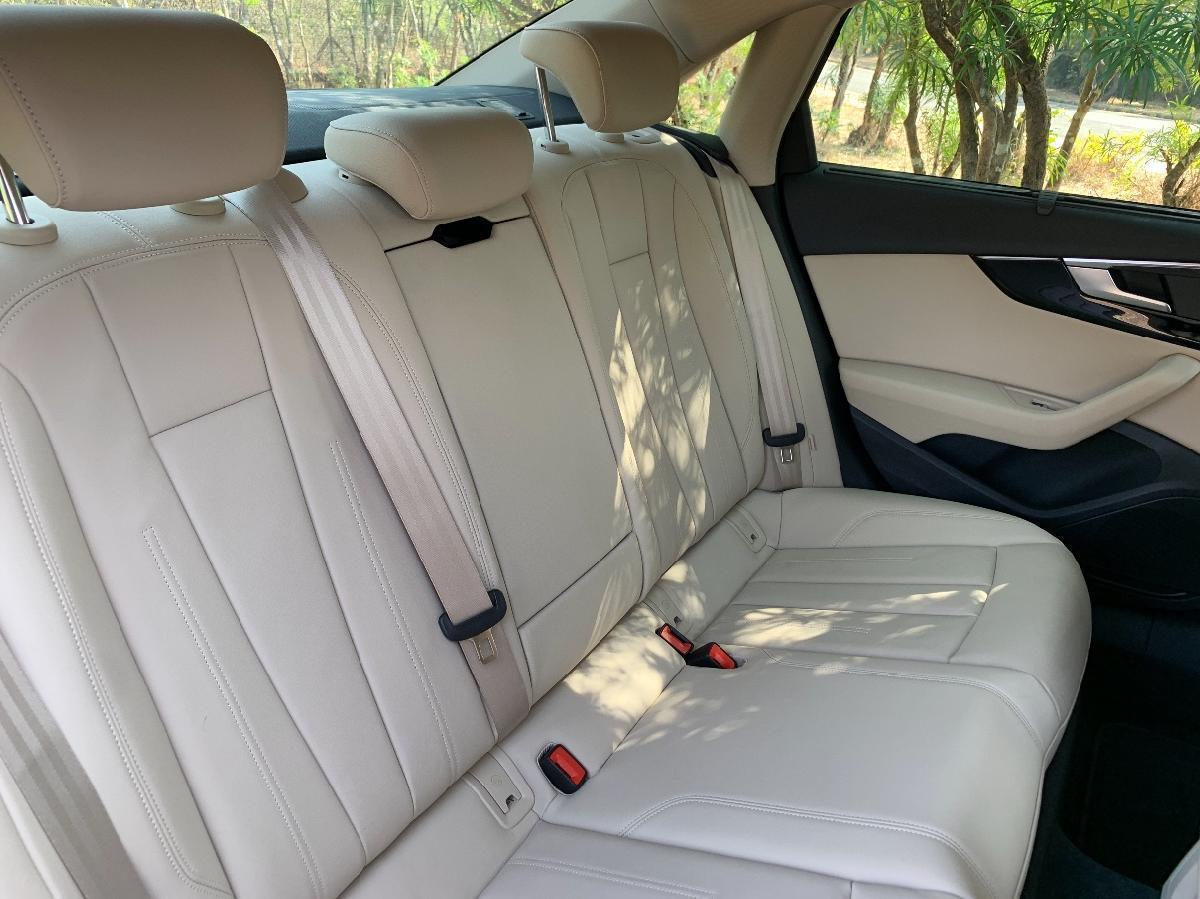 No, we’re not comparing the rear seat to that of a compact SUV, where you’re sat really high, but the A4’s rear seat does feel low, especially now, when there are other offerings in the market in the same price bracket, where the rear seat is slightly more elevated. However, having said that, the 2819mm wheelbase does allow for more room, ensuring that you’re super comfortable throughout your drive. 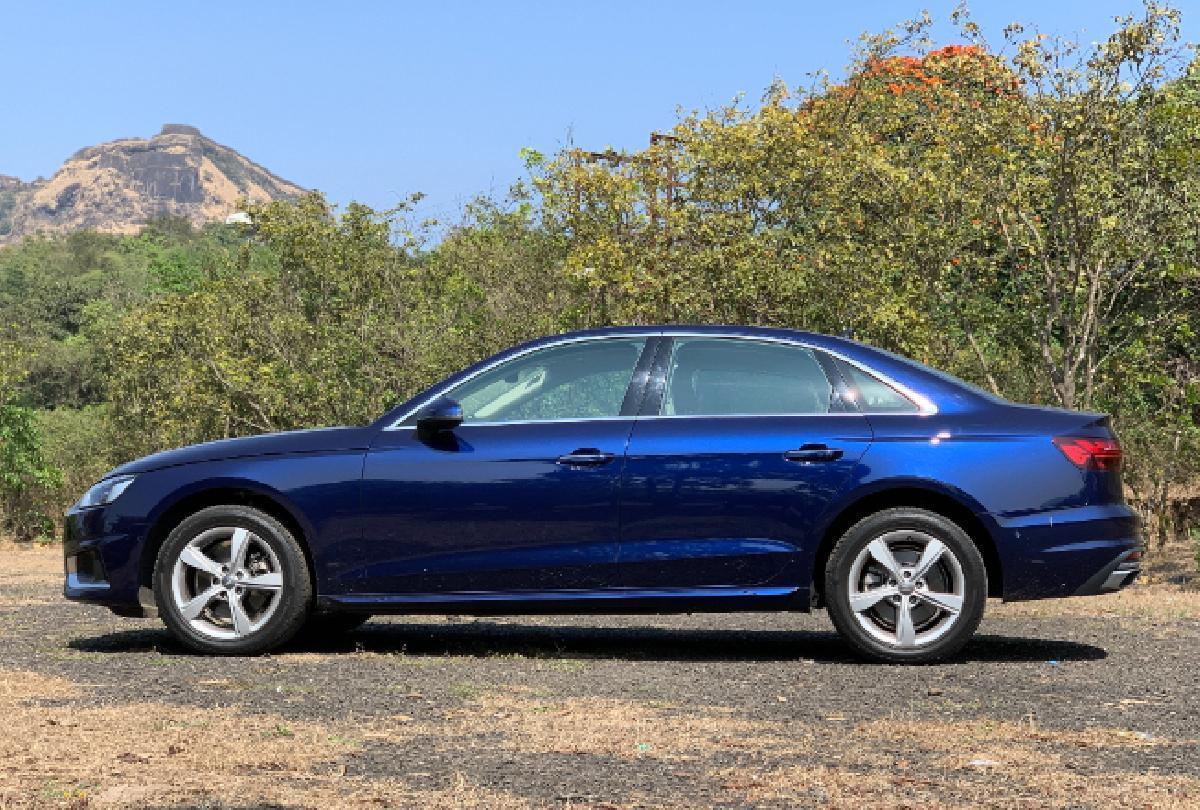 There’s also a sunroof and that further adds to the semblance of roominess inside the cabin by bringing more sunlight in. 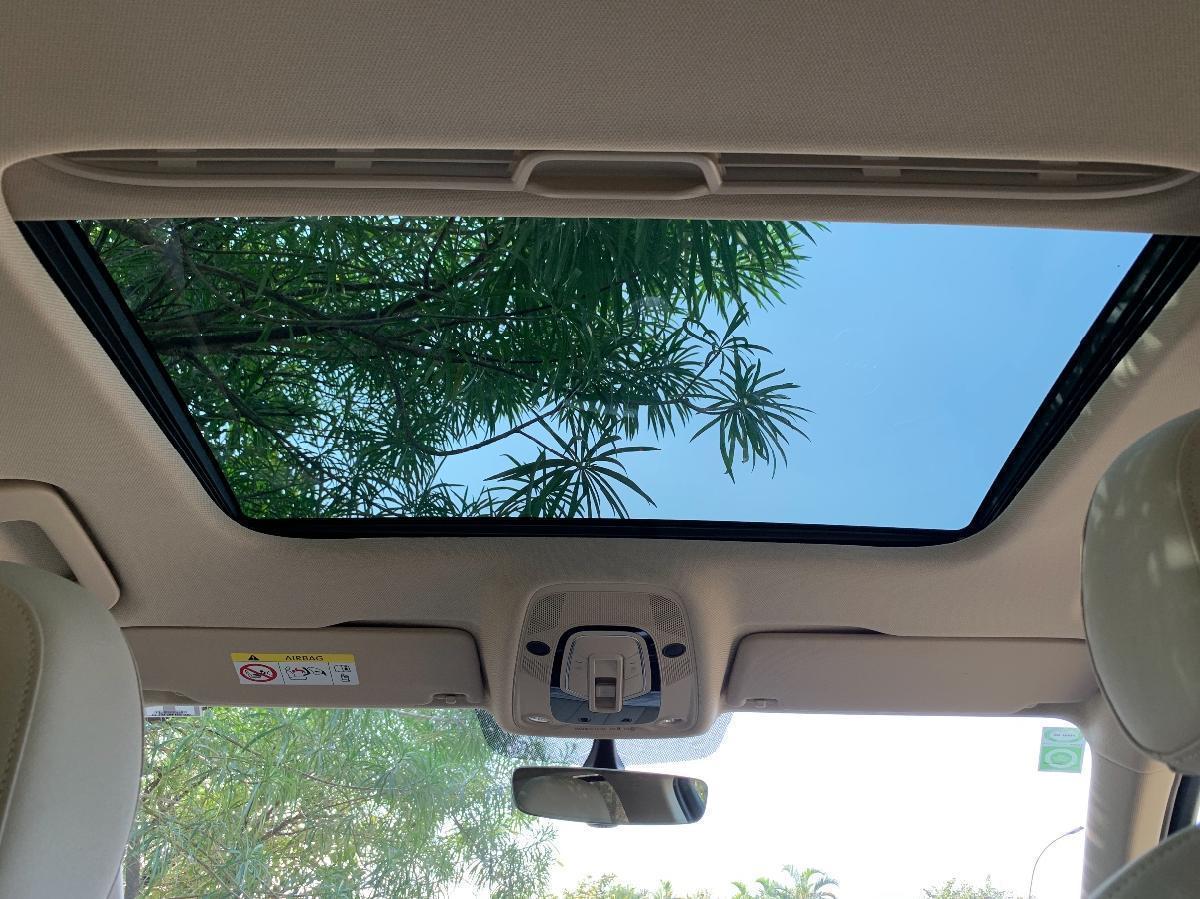 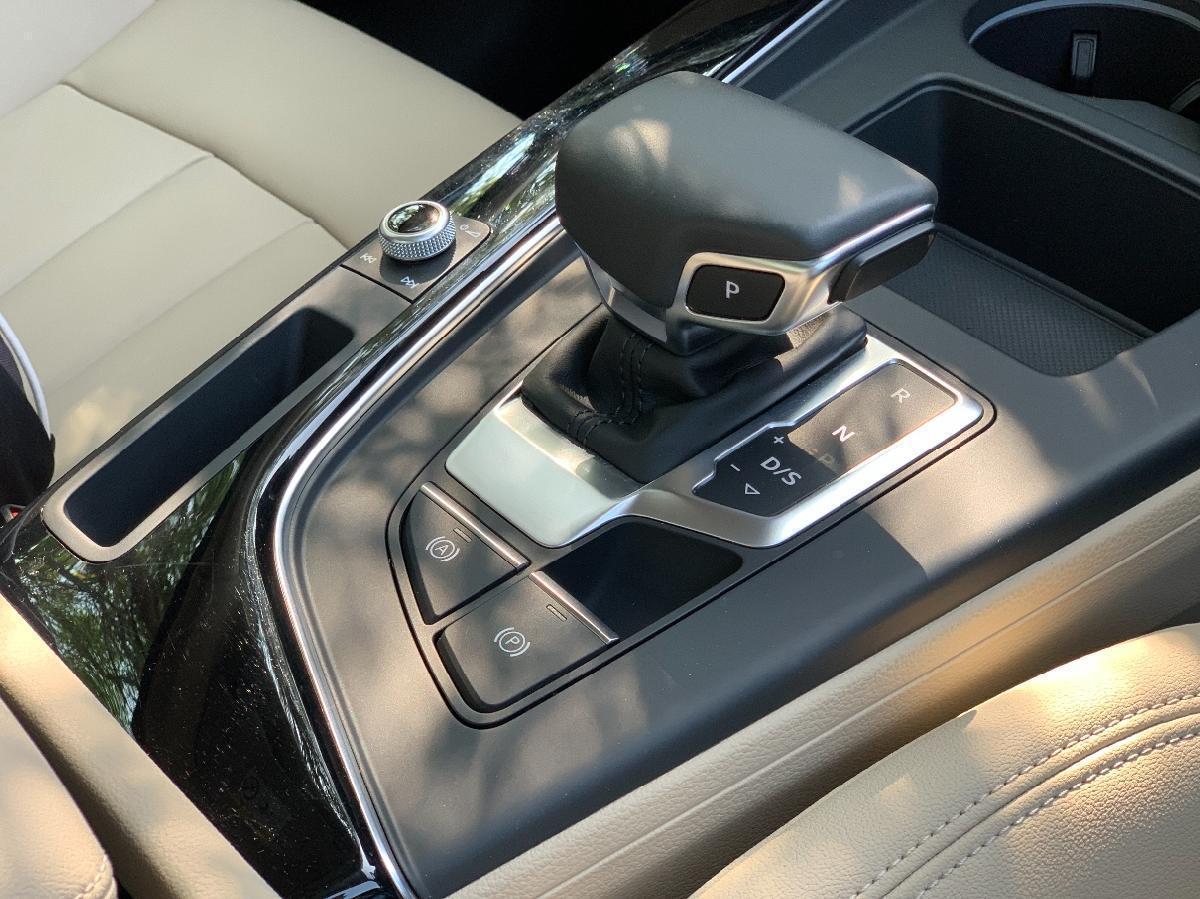 The A4, thanks to its sporty and aerodynamic design is a sheer joy to maneuver and that was evident within minutes of getting behind the wheel. Its lightness is its strength. The fact that it weighs only 1555 kg (unladen weight) really makes this a very sprightly sedan to drive about, both within city limits as well as on the highways and it definitely likes being revved hard. This 7.3 second car which has a top speed of 241 kmph feels extremely well-planted on the roads and will reward you with plenty of torque and you will find it difficult to wipe that grin off your face. The best part is that even at triple digit speeds, we didn’t feel an iota of nervousness, because that’s how surefooted this sedan felt at all times. 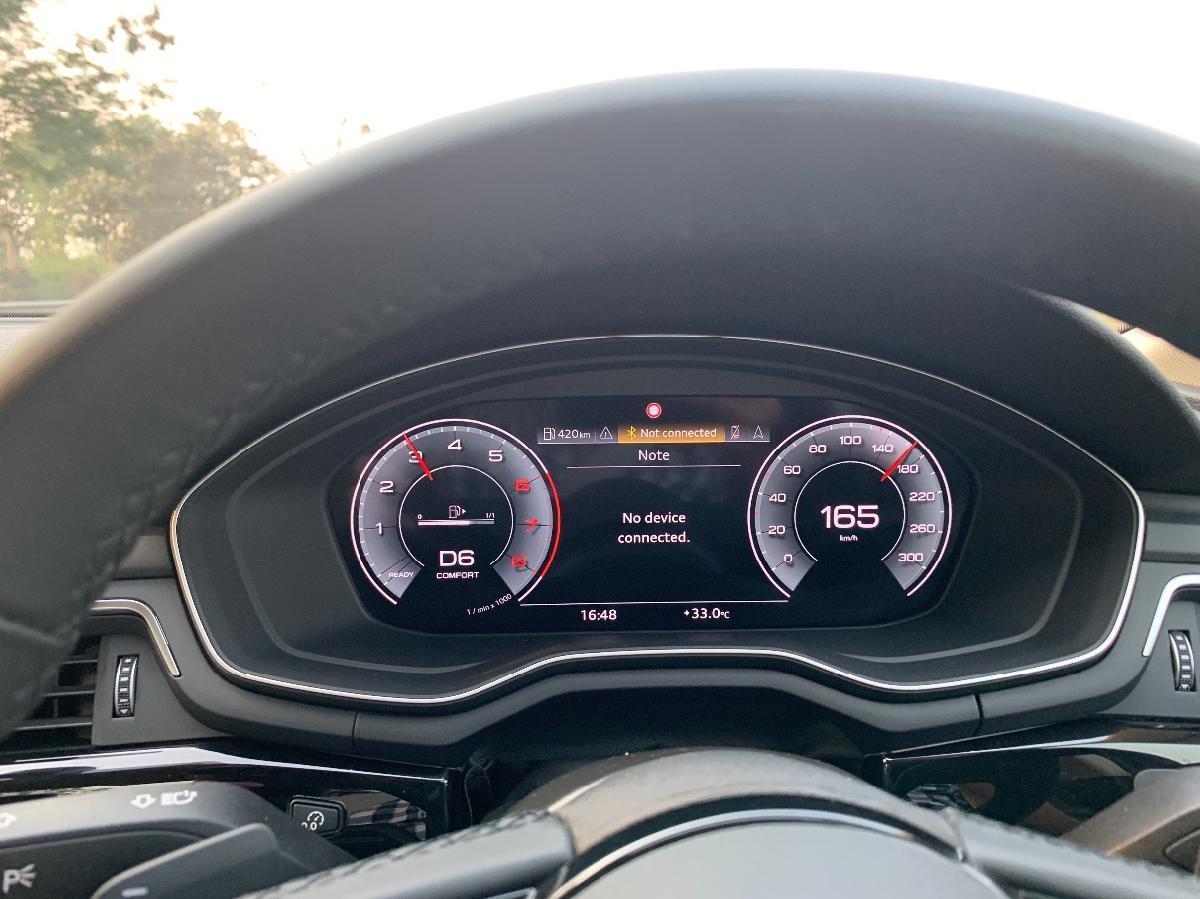 The mid-range of the A4 is really strong, especially once, you’ve crossed the 4000rpm mark, and its body control is simply amazing! Overall, the gearshifts are smooth (at times we did experience some lag, but that was mostly when we were just ambling about at low speeds, in a lower gear) and the acceleration is brisk. You can also take full manual control of the sedan by using paddle shifts which are well-sized and do a fine job allowing for smoother gear shifts without any abruptness whatsoever, especially on hilly roads. The A4 offers great overall visibility and what is also exceptional is the insulation of the sedan which filters out most of the sounds in a very impressive manner. You can hardly hear anything at all when seated inside- always a wonderful thing. Our favourite mode on the A4 was the Dynamic-Sport mode combination because this mode really allowed us to explore the full potential of this executive sedan allowing us to squeeze every drop of fun from it. Also, the A4’s suspension feels a bit soft, but we’re not complaining, we truly loved the overall comfort the A4 had to offer. 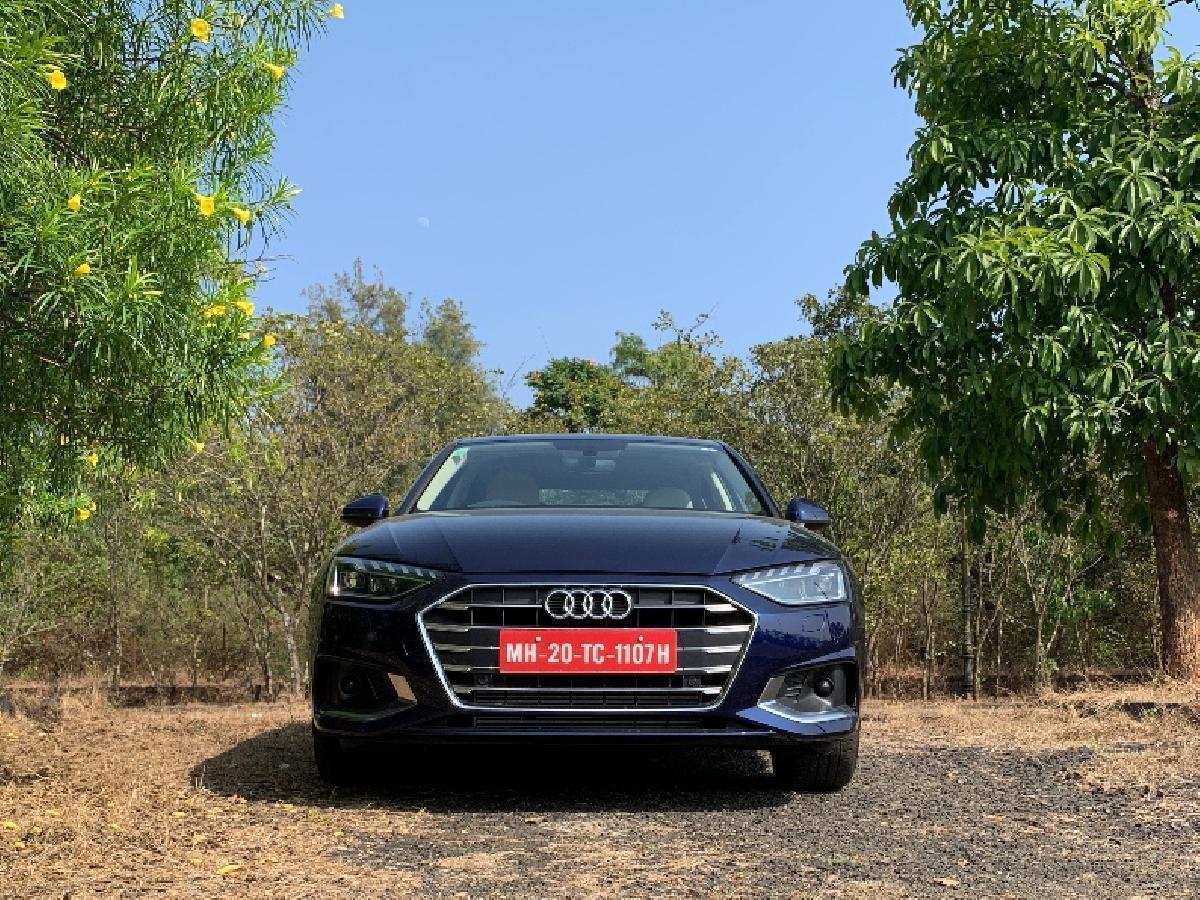 The A4 comes with eight airbags and packs in every conceivable safety feature out there. It’s got great ride and handling and with a fuel tank capacity of 53 liters you can take it wherever your heart desires. Not only is it great fun to drive but it is also very quiet and comfortable, delivering everything you could ask for in one beautiful package. 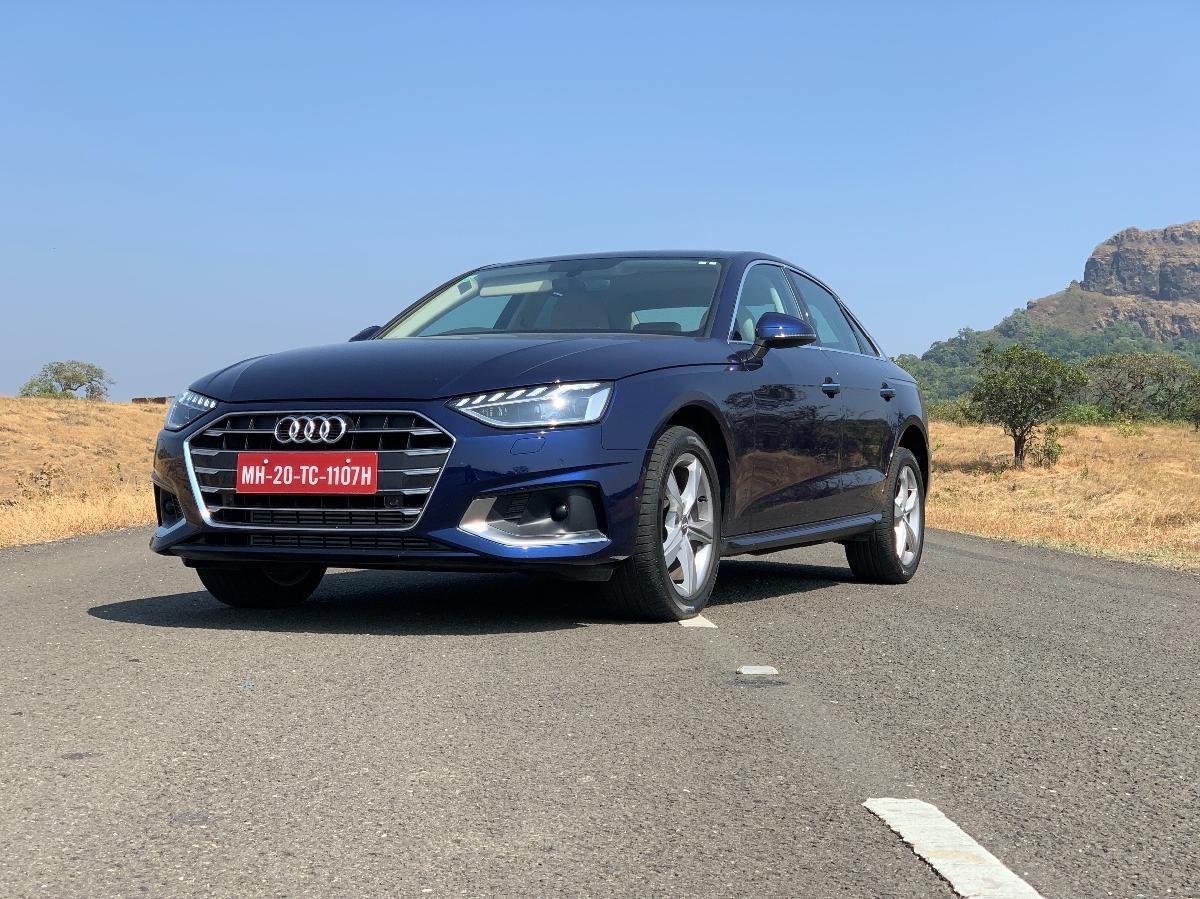 At INR 42.34 lakh (Ex-showroom) it isn’t cheap, but hey, its an Audi. And if you’re somebody who appreciates a sophisticated sedan that can also be sporty and fun, then the A4 should definitely be your pick because there aren’t many out there who truly understand what a surreal combination that can be.