This is a story for those who love the finer things in life; who drive a car and wear a watch to the same end – to make a statement. Even if it is a subtle one. In complete contrast to those who fail to see beyond the functionality of a motorcar and a watch, there are many who buy a particular car and a specific watch because it fits their lifestyle.

The connections between cars and watches however isn’t an organic one. Back in 1886 when Karl Benz received patent number 37435 for the Benz Patent-Motorwagen, had someone told him that it would be a good business to tie up with a watch maker, Benz would probably have taken out his pocket watch and told the chap to stop wasting his time. Yet, if the last 150 odd years prove anything, then you will accede that the relation between the motorcar and the watch has grown into something of a phenomenon.

As always, the story begins with the evolution of motorsport. Even before Benz had applied for a patent, the chequered flag had already been waved at history’s first ever motor race in 1867! Of course, these were more like steam wagons and can hardly be compared to cars. By 1894, the Paris-Rouen race over a distance of 79 miles saw the winner cover the distance in six hours and 48 minutes. By the 1920s people started seeing purpose built racing circuits like Brooklands, Monza and Spa and racing on closed circuits really brought out the need for a crucial aspect of all types of sports. Time keeping.

Although you will find many watchmakers of repute associating with drivers, teams and manufacturers today, it really was Rolex who had an early start when speed demon Sir Donald Campbell wore one on many of his land speed record runs. Impressed with its rugged and reliable construction, Sir C shot off a letter to the company telling them that he had been using their watch under “somewhat strenuous conditions” with typical British wryness. The relationship between cars and watches was finally cemented when in 1963 Rolex launched the Cosmograph ‘Daytona’. The watch has remained in the collection ever since. 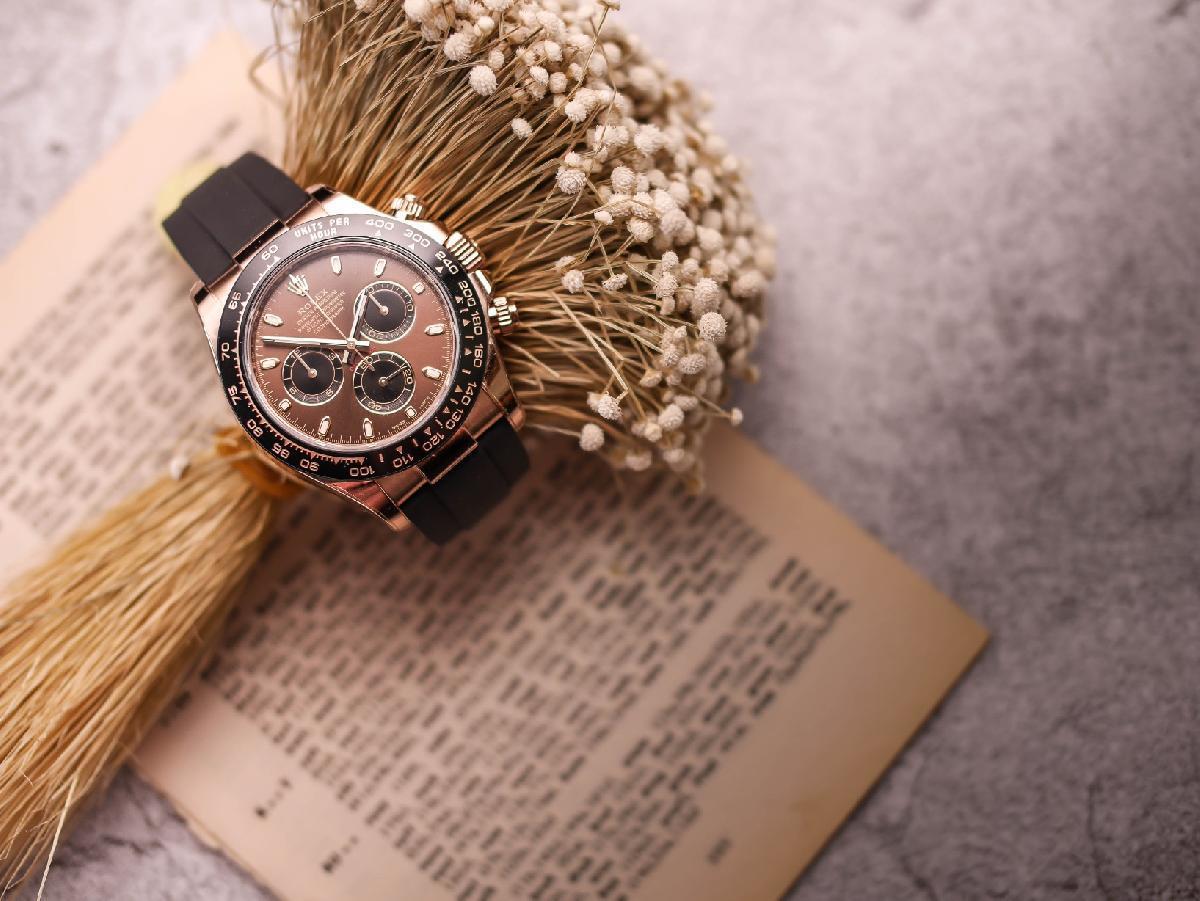 Another name that pops up when one digs into motorsport history is Heuer, or Tag Heuer. The company has been present on the Formula 1 circuit since it started in 1950 with its manually wound chronographs. In fact, it was Tag who developed the first rudimentary system that would eventually go on to become the advanced telemetry that we see in the world of motor racing today. Tag later sold the rights to Longines, which then partnered with Olivetti but that’s a story for a different day.

Tag continues to remain one of the foremost watchmakers to be associated with the high-octane world where people get high on the heady fumes of petrol being burnt to chase time itself. Not just F1 either, Tag, is officially associated with Red Bull Racing, the Porsche Formula E team, the Monaco GP, Indy 500 and more. Not to mention an extensive motorsport collection with exquisite wrist watches crafted to celebrate motorsports and cars. Then there are the Tag legends. One look at the two names and you know that this watch company breathes for car nuts. First you have the Ayrton Senna editions that pay homage to the legendary F1 driver and his accomplishments, and then there are the Steve McQueen editions as a tribute to Hollywood’s original petrolhead. Finally, there is the Porsche series that is a celebration of sporty style and bold attitude. 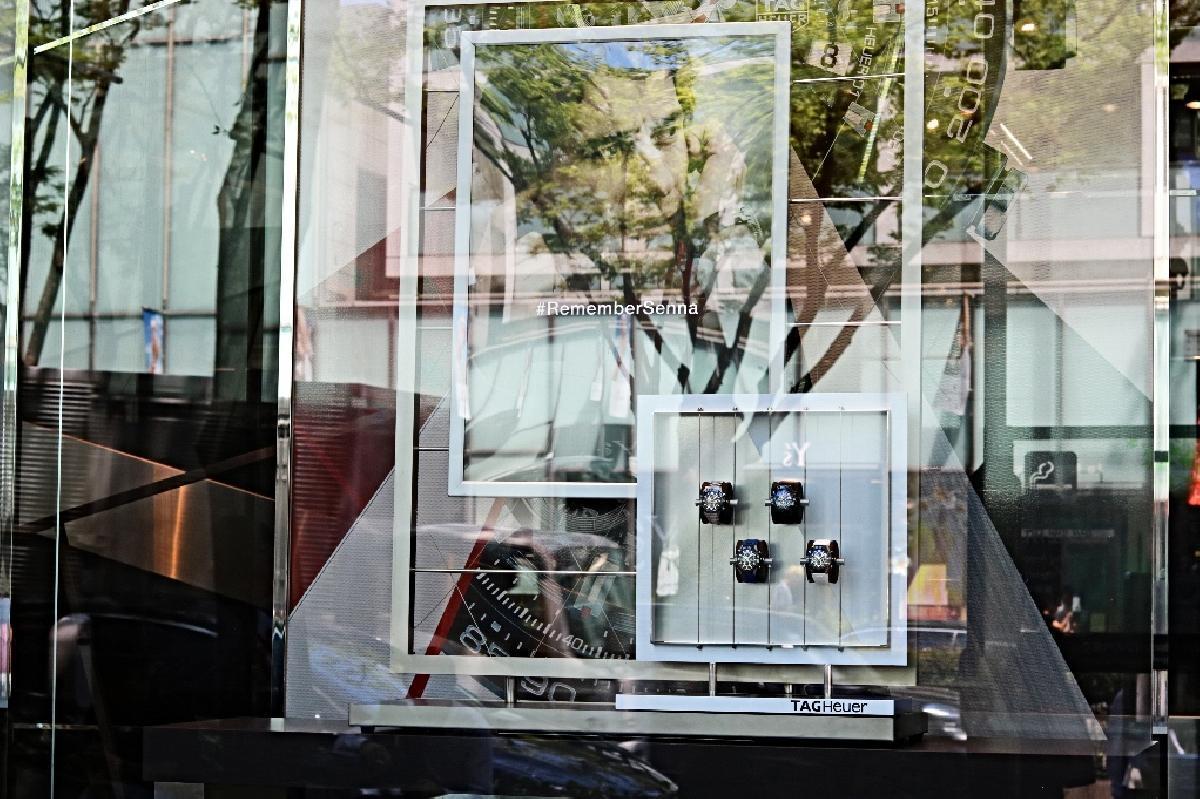 Speaking of Porsche, the sportiest sports car maker in the history of sports car making, it also has its own range of watches, courtesy Porsche Design. The latest 2021 Driver’s Selection has 8 different watches for people to choose from. These are extremely well crafted, (as you would expect from Porsche), time pieces and are designed to embellish the wearer with a sporty style. This is especially true of the Porsche 1919 Chronotimer Flyback that is a celebration of the iconic 911. Taking this idea a step further, the company decided to offer customized chronographs to Porsche enthusiasts in the US last year, placing Porsche Designs in a unique position where the company was offering to customize their products to the consumer’s needs and wants.

Porsche Design itself was the brainchild of the legendary Dr Ferdinand Porsche who took a Volkswagen Beetle and turned it into the 911 back in 1963. As early as the late 1960s, Dr. Porsche realized that cars were more about lifestyle than anything else and decided to start a Porsche specific automotive lifestyle company in 1972. And that word ‘lifestyle,’ brings me to the next bit of this love story between cars and watches because if motorsport and racing are one part of motoring, lifestyle and luxury are the other.

Luxury car makers have flirted with luxury watch makers from time to time, in a bid to offer a slice of wheeled luxury on the owner’s wrist. Take Jaguar and Bremont for example. Back in 2014, the British luxury time piece manufacturer tied up with iconic British car manufacturer Jaguar to offer a limited edition watch to celebrate the rebirth of the lightweight E-Type. More recently, in January, last year, legendary off-road SUV maker, Land Rover, shook hands with Swiss luxury watch maker, Zenith, to produce the ‘Defy 21’ Edition, which pays homage to the 21 iconic years that the Defender carved for itself in the annals of automotive history. If your tastes are more modest then you could of course stick to the Land Rover Heritage watch, which is a much simpler affair.

One of the longest lasting partnerships was the one between Bentley and Breitling. It started in 2002 when the watch maker and the car maker were designing the dashboard clock for the Continental GT. In a bold move, they decided to offer the same as a wrist watch to owners, for a price, of course. Thus began a partnership that nearly touched two decades, ending in 2021 with the last Bentley Breitling Tourbillon – an iconic collectible representing the final collaboration between two icons.

Another interesting partnership was that of luxury crystal brand Swarovski and Mercedes-Benz back in 2018. While I’m not entirely sure whether this range was ever for sale in India, the three-pointed star that proposes to sell The Best or Nothing does have an extensive collection of sophisticated and stylish wearables for all genders. Not to be outdone by Stuttgart, the folks at Ingolstadt and Munich also have their own range of watches for Audi and BMW enthusiasts. Needless to say, the Italians too have their own arsenal which they bring to this lifestyle battle and depending on your budget or tastes, you can have a Ferrari, Lamorghini or Maserati on your wrist. 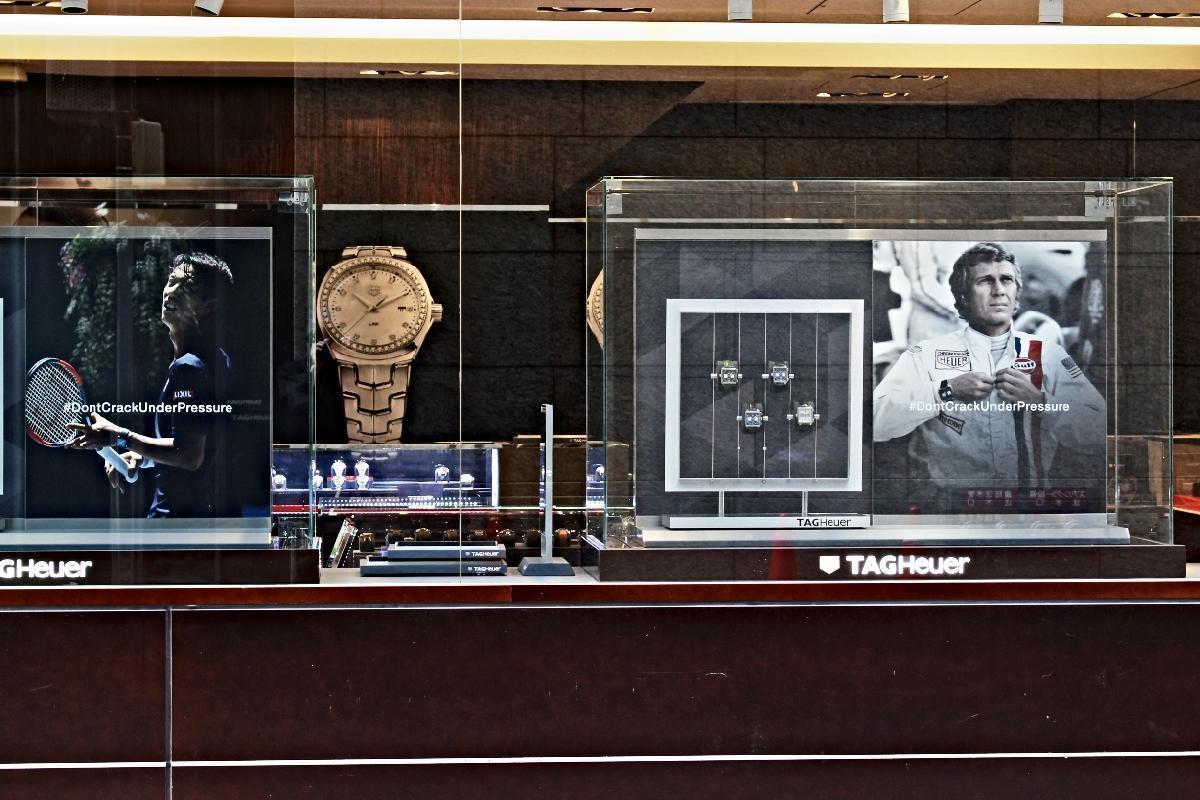 The next phase of this love story, between wheels and dials, I’m sure, will move to the technology space where watches and cars will be connected via touchscreens and apps and Bluetooth and what not. Personally, I’m a sucker for old school and I’d love nothing more than to have that Steve McQueen edition of the Tag, thank you very much.