Is NavIC the answer to India's vehicle navigation?

NavIC, the location information system developed by the Indian Space Research Organization - ISRO, is already plying on commercial vehicles and public transport vehicles in the country. Now, OEMs are working towards making it available across vehicles.

Currently, OEMs depend predominantly on Global Positioning System (GPS) for vehicle navigation on account of its global coverage whereas countries such as China and Russia have devised their own solutions, BeiDou and GLONASS, respectively. India has IRNSS (Indian Regional Navigation Satellite System), better known by its operational name, NavIC, which has been developed by none other than Indian Space Research Organization – ISRO. According to a spokesperson from ISRO, “More than 100 companies in India manufacture NavIC vehicle trackers and several thousand vehicles now ply the roads equipped with these devices.” However, its limitation to the Indian sub-continent is expected to make OEMs have co-existing systems for vehicle navigation.

With NavIC, the vehicle navigation system market is expected to shake up as the world’s fourth largest automobile industry as India readies itself to navigate on its own homegrown brand for passenger vehicles as well. Experts believe that the recent opening up of ISRO to private sector participation would put India on the fast track when it comes to space-related activities including mass adaption of technologies such as NavIC in civilian usage.

NavIC is designed to provide accurate position information service to users in India as well as the region extending up to 1500 kms from the country’s boundaries. According to ISRO’s website, it is expected to provide a position accuracy of better than 20m in the primary service area. With ISRO planning to increase the number of satellites from 7 to 11 under NavIC, it is expected to further improve overall accuracy. 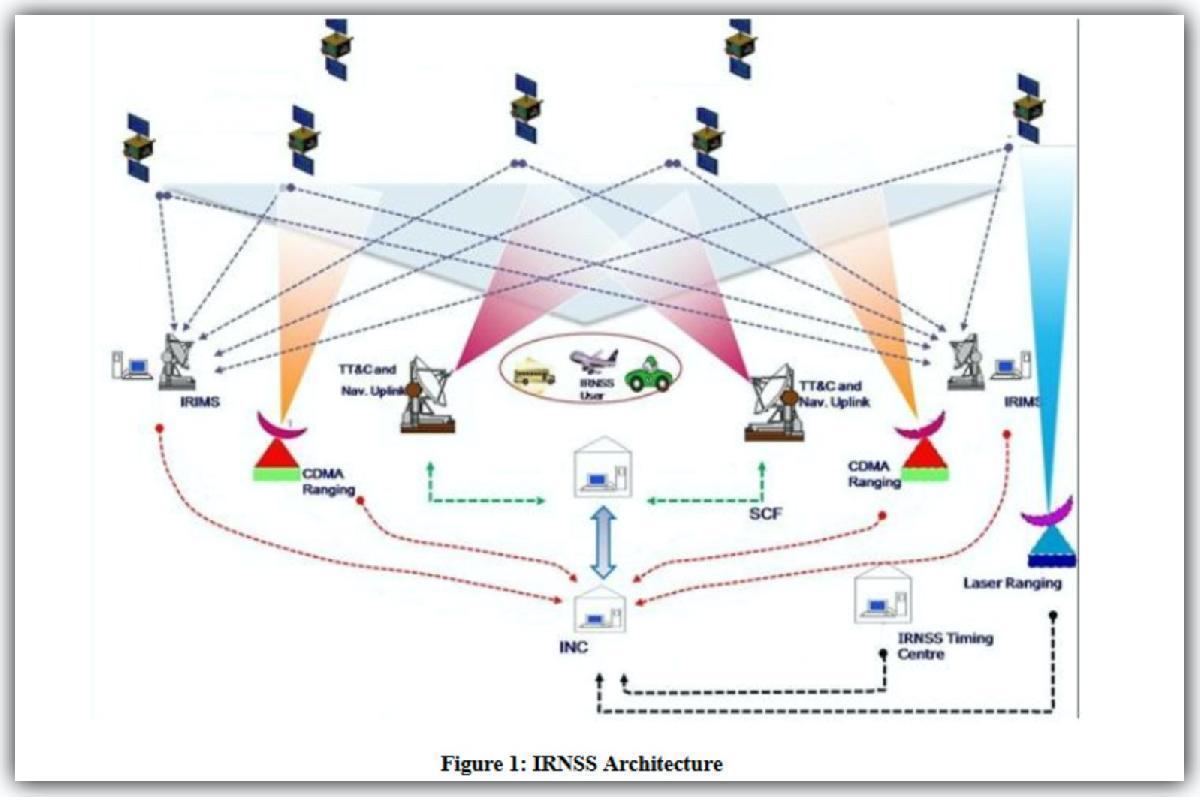 When asked about its applicability in vehicles, the spokesperson from ISRO says, “NavIC can provide location information for vehicle tracking, fleet management and vehicle navigation.” NavIC signals are free to use, like any other GNSS (Global Navigation Satellite System; an umbrella term covering all global satellite positioning systems) signal, and provides “benefits of better signal availability over Indian region due to advantageous positioning of the satellites,” he says.

Indian homegrown automaker, M&M, currently, has NavIC based system available on its commercial vehicles meant for public transportation in India as an accessory option.  As per the Ministry of Road Transport and Highways gazette, NavIC has been mandated to be a part of vehicle location tracker in all public and commercial vehicles registered in India on and after April 1, 2019.

When asked about the adoption of this technology, Velusamy R, Chief of Global Product Development, Automotive Division, M&M Ltd, says “We will be working with the chipset supplier to integrate and depending on their readiness, it will be getting integrated with our vehicles.”

While talking about NavIC’s limitation to the Indian region, he pointed out that currently most chipsets available in the market can be configured across GLONASS and BeiDou solutions. “We have the challenge to have common design between India and other export markets. The global acceptance of NavIC system depends on location accuracy, spread, and chipset readiness. We will be working with co-existing solutions, NavIC & GPS, so that it is scattered to the need of the domestic and export markets.”

Meanwhile, Maruti Suzuki India has “developed AIS140, a NavIC-based device, which is already being supplied in the market for taxi segment vehicles as an aftermarket fitment.” According to CV Raman, Sr. Executive Director, Engineering, Maruti Suzuki India, “This device uses a GPS + NavIC combined chip.” 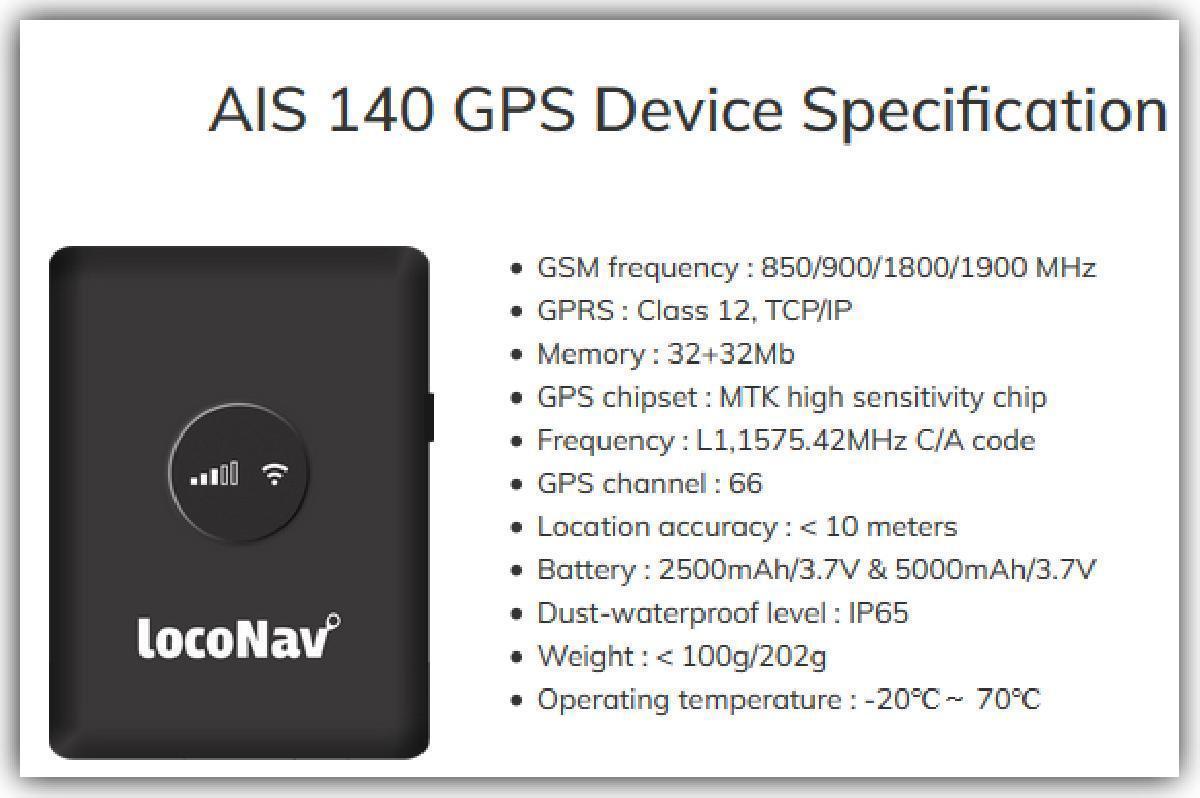 Indicating that the test results of one of the chipmaker’s show NavIC performance at par with GPS, Raman says, “Since, NavIC’s performance is comparable, it can be used in navigation systems. Currently, we [have] explored only GPS + NavIC chip which is dearer than standalone GPS chips. At present, NavIC is planned for the taxi segment vehicles only, as an aftermarket solution, in compliance with AIS140.”

Typically, a car user navigates through the in-built car navigation system or via his/her mobile phone device. The entire system depends upon the number of receivers’ readiness on ground for the technology. India's indigenous mapping companies such as MapmyIndia do provide partial functionality using NavIC but low penetration of NavIC receivers in smartphones, currently, presents a challenge. 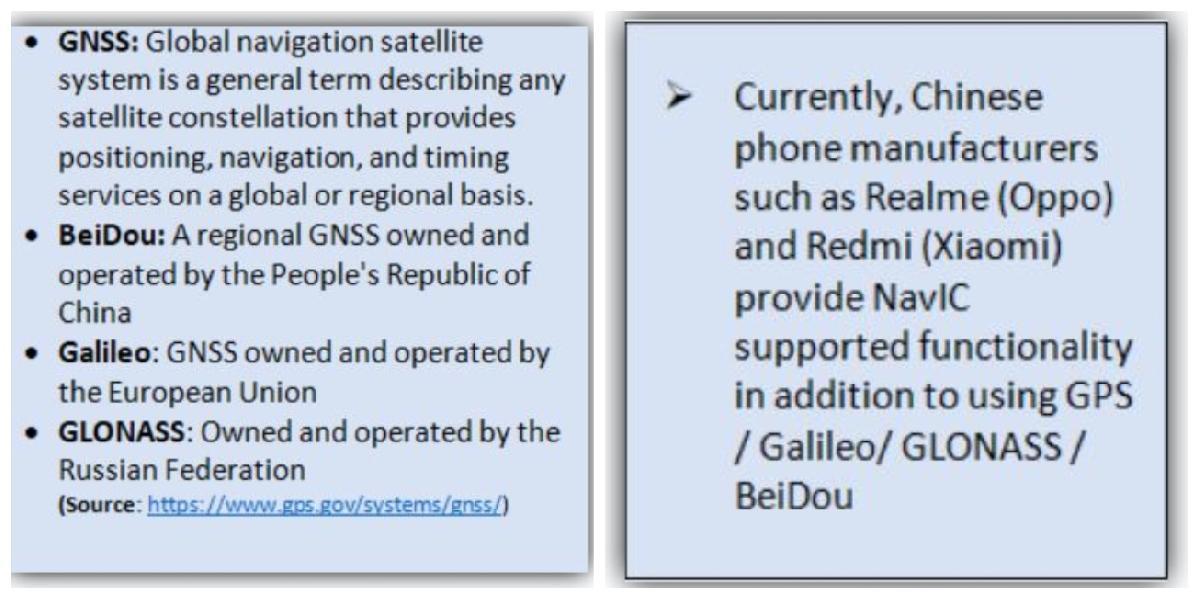 “NavIC technology can be integrated with other sensor and communication technologies to provide efficient and customised solutions for automotive and other civilian sectors. It can be used as a standalone system, and also in conjunction with other GNSS like GPS, Galileo, etc.,” the ISRO spokesperson explains.

A strong technical advantage of NavIC over GPS is that it uses both ‘L’ and ‘S’ Band signals, resulting in improved accuracy as compared to GPS that uses only ‘L’-Band signals. Secondly, GPS has 31 satellites with 24 functional satellites for the entire globe, (the rest are backup). Typically, the number of satellites visible to ground receivers is limited. For, NavIC, all are in geosynchronous orbits, (Simply put…NavIC satellites orbit the Earth at the same speed at which the planet is rotating) hence always visible to a receiver.

Moreover, NavIC satellites are nearly vertical over India and therefore visibility in ‘urban canyons’ is much better than in the case of the GPS. Also, the Time To First Fix (TTFF) that is the amount of time required for the navigation device to acquire satellite signals and navigation data, and thus calculate a position solution (Called Fix) is faster on NavIC-enabled devices than both GPS and Galileo in urban areas due to the higher elevation of NavIC satellites.

According to Aswin Kumar, Associate Director, Mobility Practice, Frost & Sullivan, “The difference between the accuracy of the existing system (GPS) and NavIC is going to be marginal under normal conditions. However, in a dense urban environment, NavIC is more accurate compared to GPS.” About the installation of new chipsets, he says that “It would depend on cost-benefit and regulations for OEMs. In the long-term, Frost & Sullivan expects all vehicles with built-in navigation systems to be NavIC-compatible.”

Furthermore, Aulbur explains how NavIC module is currently not being manufactured at the same scale as GPS module and as more companies join in this process, “this could translate into cost competitiveness for NavIC.”

Highlighting the enormous potential of NavIC in automotive, for enhanced geo-location and its applications in navigation, vehicle tracking (geo-fencing) and fleet management, Aulbur believes that NavIC is a strong contender vis-à-vis GPS technology. “Size of automotive industry in India guarantees scalability of the technology and can be made available in entry level models as well at a lower price,” he adds.

Asked about the efficiencies that could be drawn from NavIC, Velusamy R explains, “It is too early to comment on the efficiencies with respect to cost. However, we are hoping that it should be cost-optimal compared to other solutions. It still depends on overhead [costs] for chipset supplier for integration.”

In the mid-term, experts also see NavIC taking over GPS in the shared mobility space for asset tracking, safety, passenger tracking, emergency response etc. Another significant potential of NavIC is seen in autonomous and connected vehicles, wherein vehicle navigation is critical and accurate positioning data, especially in high density area is crucial. The connected cars penetration in India is estimated at around 5% today and is mostly offered by premium brands such as MG Motors and Kia Motors.

NavIC also has great potential in the electric mobility space. Prabhjot Kaur, CEO, C-BEEV (Centre for Battery Engineering and Electric Vehicles), speaks about NavIC’s potential and the possibility of it being standardized for EVs. “I have no insights into the government’s plans, however, having said that, all navigation tools come with their own set of challenges and advantages, and with proven resolutions and availability, NavIC can become the standard for EVs. I am sure that OEMs are already exploring NavIC for their navigation systems,” she says.