M&M backs out of further investment in SYMC

With M&M’s conservative approach and the Covid-19 pandemic, things aren’t exactly looking up for SYMC

Pawan Goenka, the Managing Director of Mahindra & Mahindra (M&M), told analysts in February this year that if M&M was going to invest more money into South Korean subsidiary SsangYong Motor Company (SYMC), it would first be reasonably certain that the three-year plan chalked out for SYMC would work out and breakeven achieved by 2022. Goenka was referring to the proposed investment of nearly Rs 3000 crore in SYMC, which was yet to come up for consideration of the board of directors of M&M. The board met in the first week of April and declined the proposal of SYMC, approving just a fraction of the amount sought.

The disappointing SYMC performance is largely seen to be the outcome of weak global export demand, and the ongoing COVID-19 fueled economic downturn is unlikely to improve matters. According to the press release issued by SYMC, in February, the company sold 7,141 units (2041 exported), a decline over 27% from the year ago period. The company had sold a total of 135,235 units in calendar year 2019, posting a net loss of 341.4 billion won (nearly Rs 2100 crore). While domestic offtake remained strong in 2019, the company’s loss expanded in 2019 over the previous year due to sluggish exports, increase in depreciation and amortization costs due to higher investment, as well as increase in sales allowance amid fiercer competition. As a result, last year, M&M took an impairment of over Rs 500 crore of its investment in SYMC and the latter too had to write down about Rs 300 crore of assets. In order to address such operational concerns, the management and labour union of SsangYong was seeking additional investment of 500 billion Korean won (Rs 3,004 crore) over the next three years from the board of M&M.

However, M&M has said in a statement that given the current and projected cash flows, it will not be able to inject any fresh equity into SYMC. It has urged SYMC to find alternate sources of funding, while authorizing a special, one-time infusion of up to Rs 250 crore over the next three months. M&M has also pledged support for all other “non-fund” initiatives to help SYMC reduce capex, save costs and secure funds. So, M&M will continue to provide capex-free access to new platforms such as W601 besides supporting the SYMC management in finding new investors. 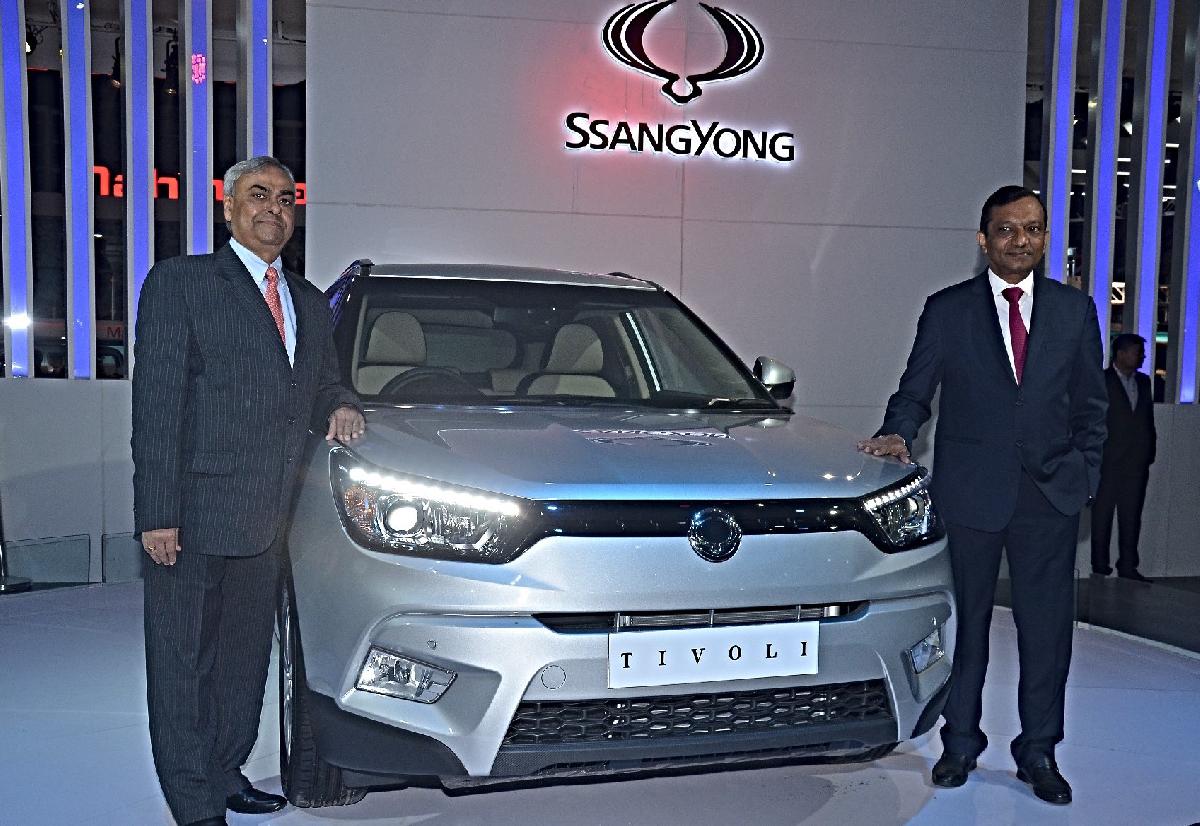 What then has gone wrong at SYMC and why is M&M reluctant to inject fresh equity into the company? M&M signed a definitive agreement to acquire SYMC in November 2010 with an objective to create a global UV player through this alliance. The plan was to introduce premium SUVs made by SYMC in the Indian market and also help the South Korean company expand global reach through the Mahindra network. However, the acquisition hasn’t yielded desired results.

While providing details on SsangYong’s performance, Goenka, in an interaction with analysts in February this year said that at end of first quarter of 2019, things were looking positive and he was hopeful of a breakeven year for SYMC. However, “things started deteriorating” second quarter onwards. By then, SYMC had been on the “edge of a breakeven” and reduction in volumes had a much more severe impact on the company’s fortunes than in normal circumstances. While there is no confirmation on whether M&M is looking to exit the Korean automaker, an industry source said that M&M has, in the past, sounded out a large American automobile major for offloading its nearly 75% stake in SYMC but the American company was not interested in the buyout. TURN OF SPEED emailed queries to M&M pertaining to the reasons for the acquisition of SYMC and whether it was now looking to exit SYMC, a spokesperson declined to provide any comments. M&M also declined to answer queries on how it may have benefited from the acquisition of SYMC over the years in terms of technology and market access.

Meanwhile, industry experts believe that owing to the potential slowdown that the global automobile industry is expected to witness; M&M should largely focus on implementing strategies that will help in reducing SYMC’s overheads along with increasing operational efficiency. According to Goenka’s remarks during the analyst concall, already, an agreement has been reached with the labour union of SYMC for lowering compensation “for some time”; a consultant has been engaged for proposing ways to reduce material costs by 3-4%. As far as the product development is concerned, M&M is synergizing with SYMC for some of the new development programs of SYMC, such as the C-SUV and B-SUV. This will significantly reduce SYMC’s capex. M&M is also hand holding the South Korean company in finding new export markets, with particular focus on Russia and Vietnam.

Not just SYMC, historically, M&M has had a track-record of not-so-successful acquisitions and joint ventures. For example, the famous coming together with French major Renault to manufacture and sell the Logan – which marked M&M’s re-entry into the passenger car segment after an unsuccessful attempt of forming an alliance with Ford previously. The M&M-Renault alliance was also short lived as India’s lopsided duty structure made the car unattractive in an aggressive domestic market and the two partners eventually parted ways in 2010, with M&M buying out Renault. This was the second time M&M was breaking off with Renault. The Indian company had earlier walked away from a three-way manufacturing alliance involving itself, Nissan and Renault.

At another instance, M&M had bought out US commercial vehicle maker Navistar’s minority stake in two jointventure companies, which had been set up for manufacturing CVs and engines. Mahindra-Navistar Automotives Ltd was a joint venture between M&M and Navistar Inc, North America’s largest combined commercial truck, school bus and mid-range diesel engine manufacturer since 2005. Manufacturing began five years later. The JV began making trucks and buses engineered to meet Indian requirements with the technological support of Navistar, at M&M's Greenfield plant at Chakan in 2010. But within two years, Mahindra bought out Navistar as the American company wanted to focus its energies and investment in more profitable ventures.

Some analysts tracking the automobile sector are also skeptical of the latest M&M JV with Ford Motor Co for developing, marketing and distributing Ford brand of vehicles in India and Ford-Mahindra brand vehicles in export markets besides giving M&M access to Ford’s manufacturing facilities in India. Though the JV is not operationalized yet, brokerage Prabhudas Liladhar has said the JV can bring long term manufacturing and sourcing synergies for both partners but “we believe the limited scope of the same (only UV focused) may not result in significant financial gains for the JV”.  As and when the JV becomes operational, it would be a second attempt by the two companies to work together – an alliance in the nineties led to the development and launch of Ford Escort (the first ever passenger car in the Mahindra stable) before Ford gradually increased its own stake to majority in the JV and with M&M eventually exiting the venture.

Coming back to M&M and SYMC, the Indian company’s conservative approach towards infusing funds into the latter comes as the global automobile industry is staring at one of the longest recessions with most countries being affected by COVID-19 pandemic. A sensible move.

Sindhu Bhattacharya is a Senior Journalist.