The compact SUV segment is a fiercely competitive one. If you are planning on buying one, there couldn't be a better time than now.

"You've got to keep reinventing. You'll have new competitors. You'll have new customers all around you," said Ginni Rometty, CEO, IBM and this couldn't be more apt for the sub-4-metre SUV segment. It was the summer of 2013 when Ford rolled out the EcoSport, which not only kick-started India's youngest and the most competitive segment, the compact SUV class, but also created a whole new set of customers. Fast forward to 2020 and the buyer is spoilt with choices with every major automobile manufacturer offering a sub-4-metre SUV. Here’s what’s on offer in India: 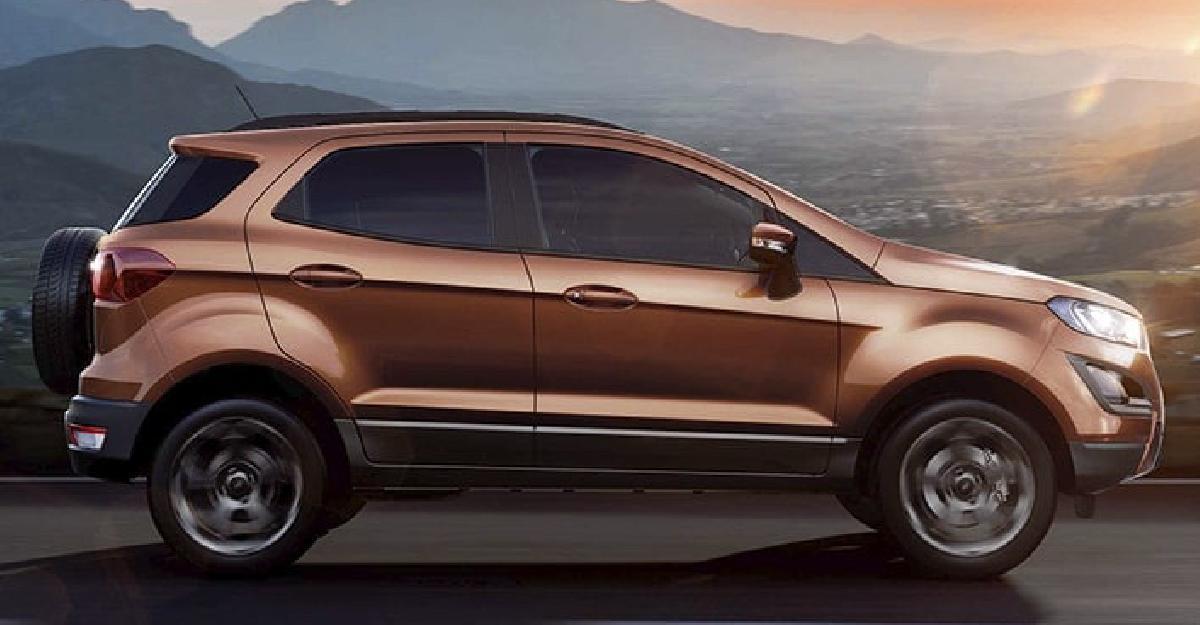 It may be an elderly statesman, but it's still one of the most complete vehicles in its class with a tall stance, top-notch build quality, flawless fit-and-finish with offerings in both petrol and diesel. Ford was the first car maker to introduce the 1-litre turbocharged petrol motor or the EcoBoost in India, but sadly it is not available any more. Should the Blue Oval bring back the power-packed compact engine? Well, going by the demand of its rivals, it wouldn't be a bad time to bring the EcoBoost mill, but keeping the price under control could be a serious challenge. The EcoSport still comes with the 120bhp 1.5-litre petrol and the diesel 1.5-litre with 99bhp. While the manual petrol returns 15.9kmpl and 14.7kmpl from the automatic, the diesel offers 21.7kmpl according to ARAI. The petrol engine is available in both 5-speed manual and 6-speed torque converter automatic with paddle shifters. The diesel, on the other hand, only comes with a 5-speed manual gearbox. Both the engines are refined and offer more than adequate power punch to keep enthusiasts smiling. 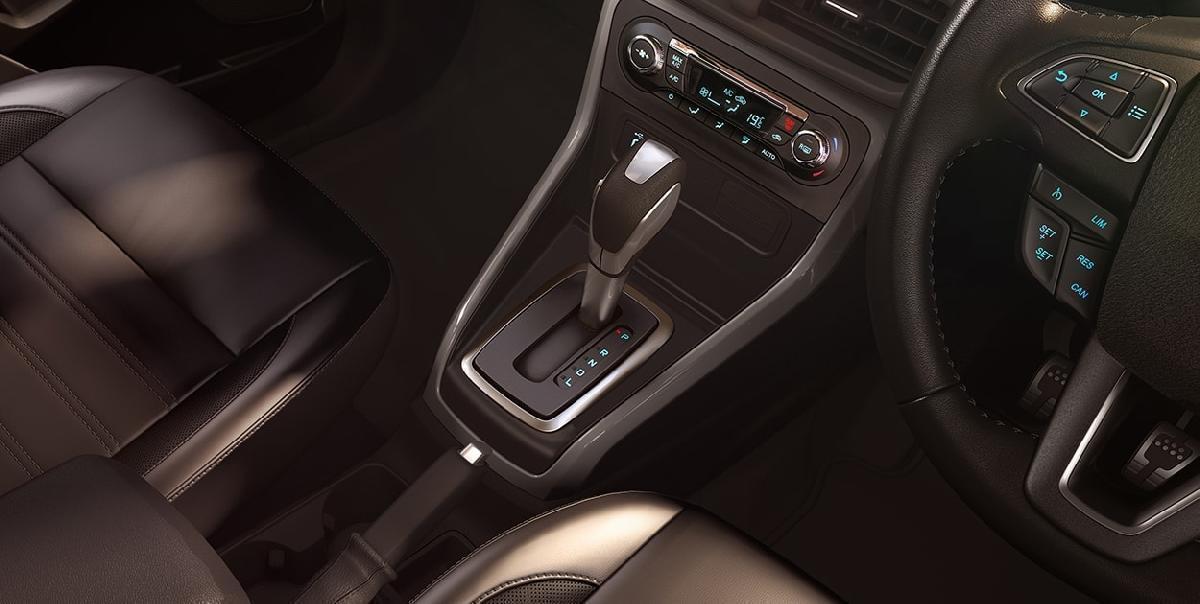 The cabin is well built, but the rear space is best for two adults. The EcoSport offers either an 8 or a 9-inch touchscreen infotainment system depending on the variant and comes with smart connectivity features. In terms of features, the EcoSport comes fully loaded with 6 airbags, electronic stability control (ESC), traction control, hill launch assist, automatic climate control, auto projector headlamps, cruise control, rain-sensing wipers, a sunroof and a lot more. The petrol range starts from INR 8.19 lakhs to INR 11.58 Lakhs, while the diesel's from INR 8.69 lakhs to INR 11.73 Lakhs, ex-showroom Delhi. 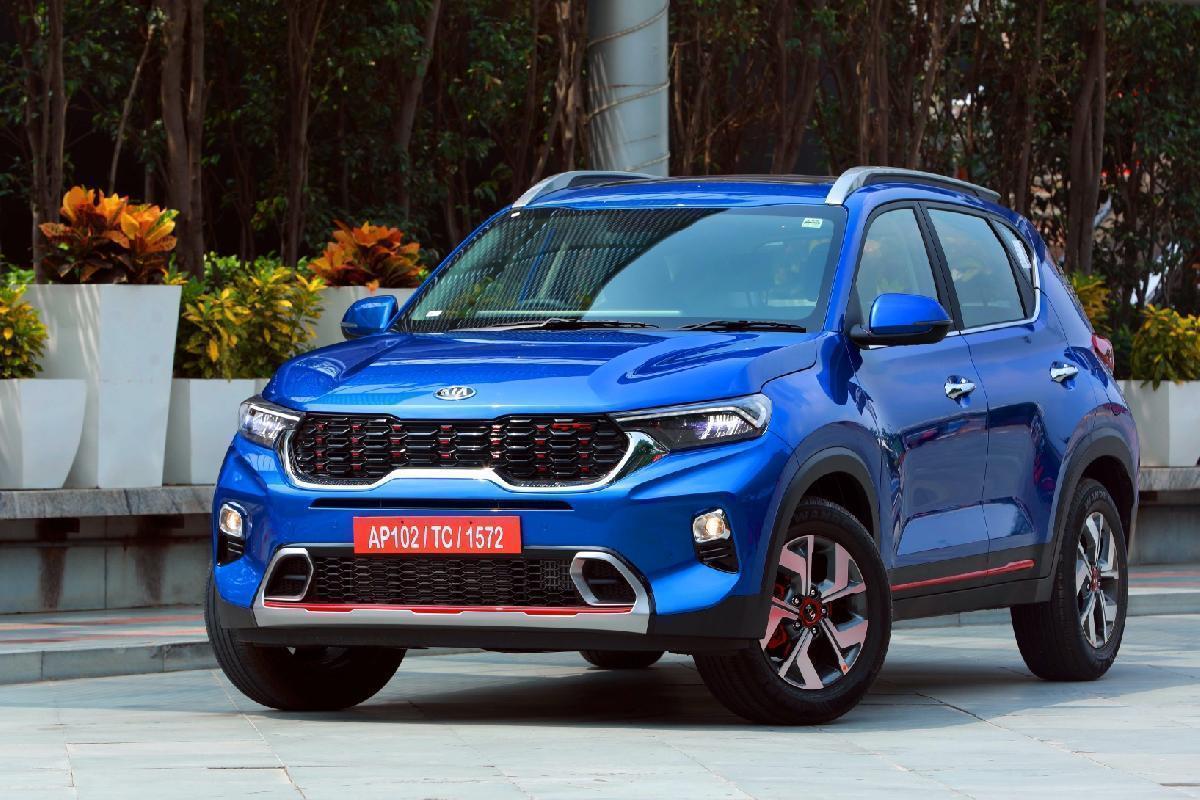 The Sonet is current the best-selling compact SUV and boasts of multiple engine options along with a variety of transmissions, not to mention it is also one of the most feature-laden SUVs in the segment. Even though both the Sonet and the Hyundai Venue share the same platform, the two couldn't be more different. The Kia compact SUV has an aggressive road stance with the imposing tiger-nose grille. Be it the muscular bonnet, the wheel arches, the massive all-LED headlights or even the thick C-pillar, they all give the Sonet a macho image. In terms of dimensions too, the Sonet is taller, wider and offers better ground clearance than its sibling, the Venue. The cabin is where the Kia SUV makes you feel special with top-notch plastic quality, the 10.25-inch infotainment system staring right back at you along with an all-digital 4.2-inch instrument cluster, the comfortable leatherette upholstery and the usual bells and whistles like smart connectivity features, wireless charger, ventilated front seats, Bose sound system, multiple drive and traction modes to name a few. 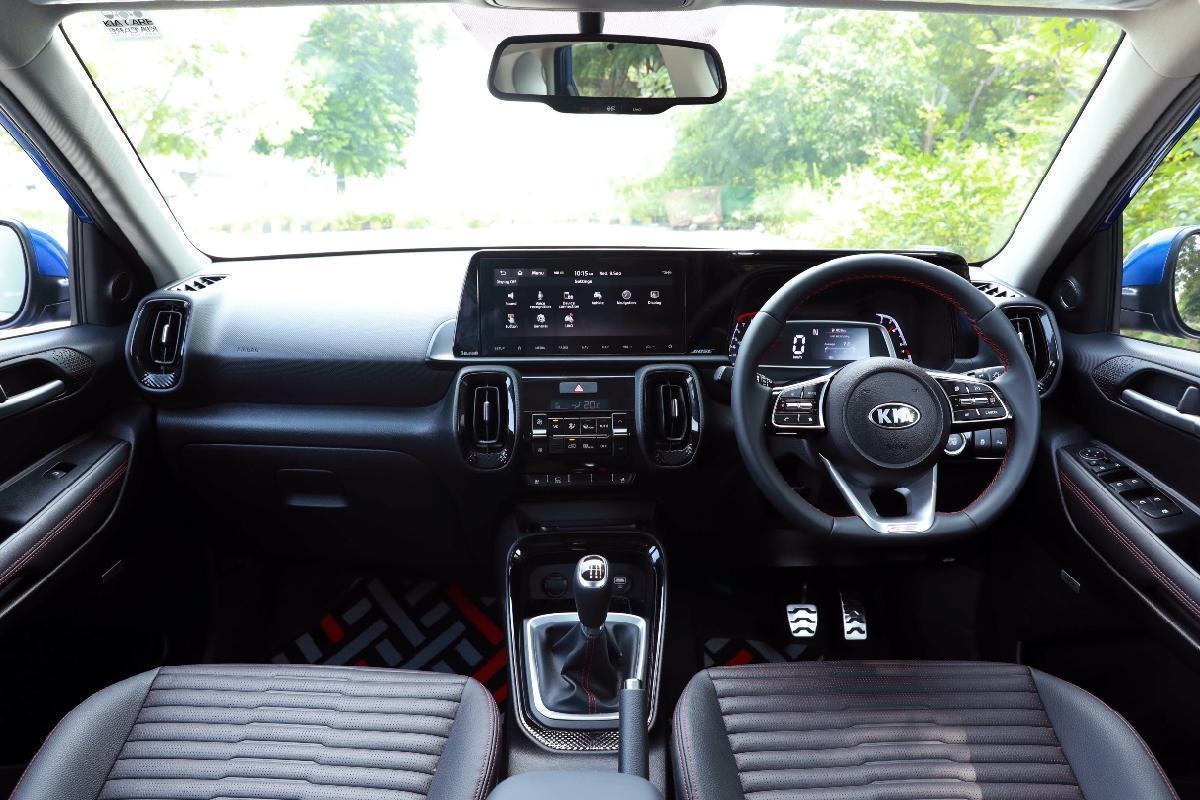 The Sonet offers the naturally aspirated 82bhp 1.2-litre petrol, 118bhp 1-litre turbo petrol and the 1.5-litre diesel, which comes in two power output trims - 99bhp for the manual and the automatic churns out 113bhp. The latter is also a first in this segment. The 1.2-litre is only available with a 5-speed manual, while the 1-litre turbo comes with a 6-speed clutchless manual gearbox or a 7-speed dual-clutch automatic and the diesel is mated to a 6-speed manual or a 6-speed torque converter automatic. 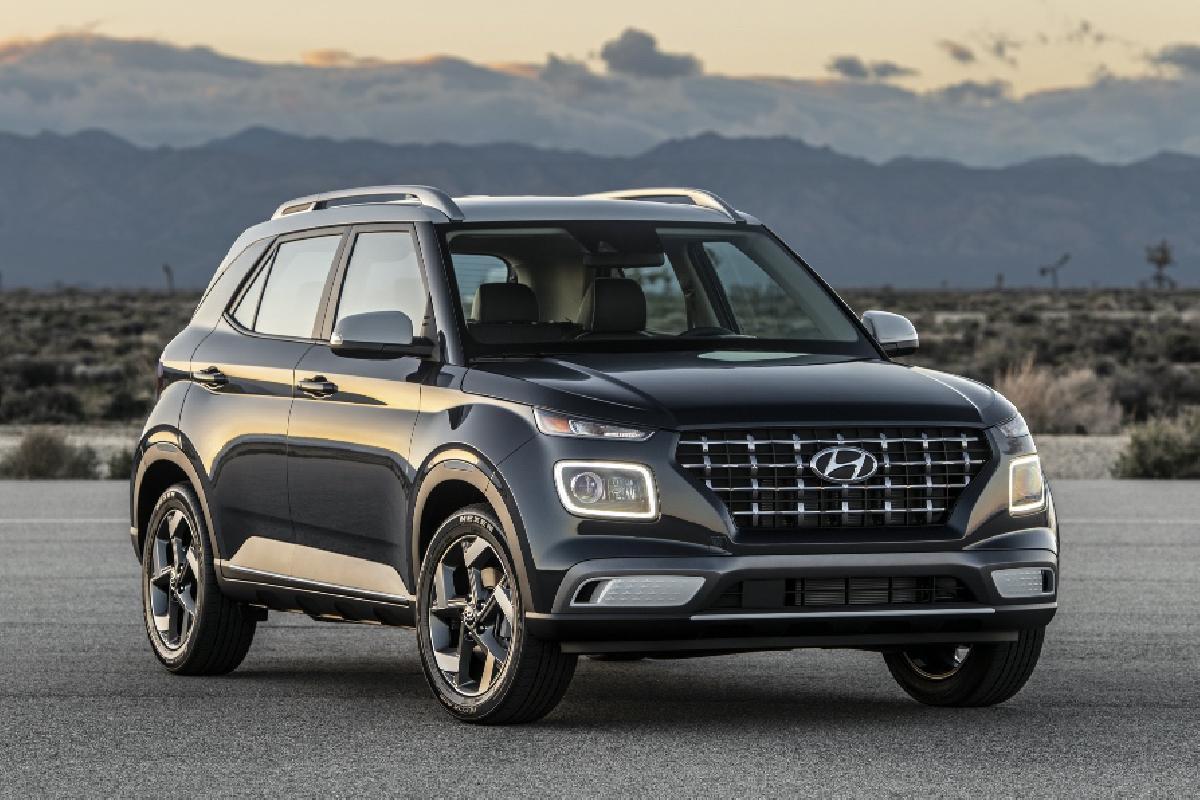 There's been a major tussle between the Venue and the Sonet over who's the king in this segment and going by November's sales figures, Kia has managed to get the better of Hyundai, but as the old saying goes 'change is constant'. The Venue is in no way a slouch as it manages to hold its own. Hyundai's cascading front grille with split headlamp layout gives it a contemporary look, but sadly, it comes with projector headlamps and LED DRLs, not all LED lights. Coming to the side and rear profile, the design element tends to fizzle out as it appears quite plain. Step inside and you're greeted by the Creta's butterfly-shaped steering wheel, an 8-inch touchscreen, old school analogue dials, and a digital information panel in between the speedometer and the rpm meter. The cabin space is limited and it can be a tight squeeze to seat five adults. 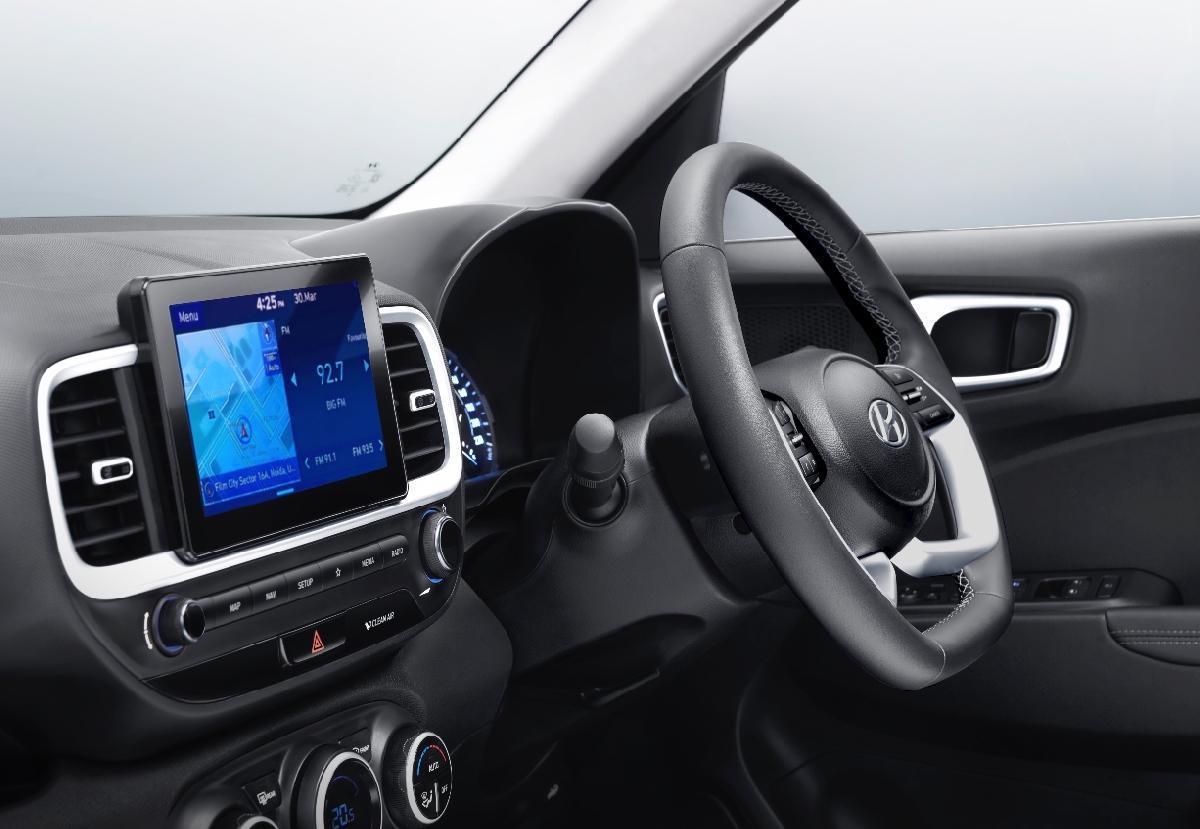 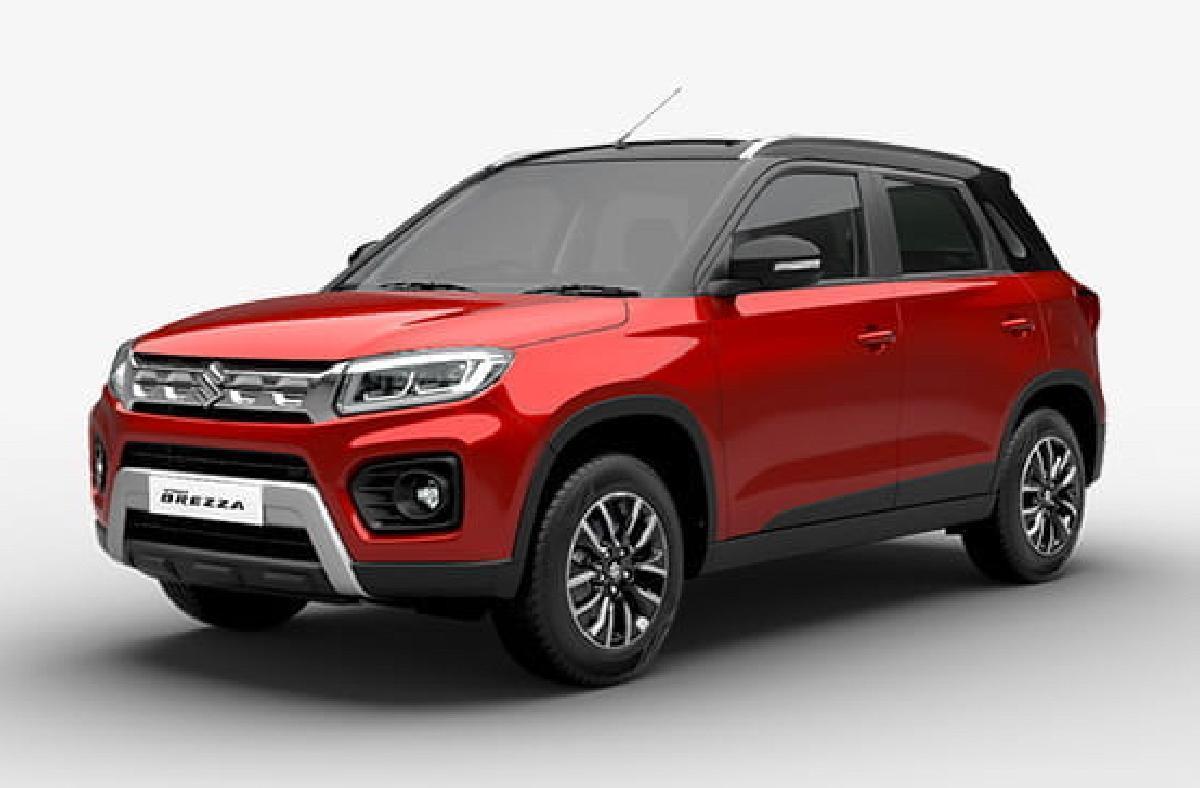 In the glitz and launch of new models in this segment, the most successful compact SUV, the Vitara Brezza, continues to throw a surprise punch or two by not only eating away into the two Korean manufacturers market share but also managing to topple them off the throne at times. No doubt Maruti Suzuki needs to give the Brezza a much-needed facelift, but even after ditching the 1.3-litre diesel engine for the 1.5-litre petrol, it remains an enthusiast's delight with its incredible handling prowess. This does come at the expense of a very firm ride, especially for the rear passengers. Speaking of nip-and-tuck, the Brezza received a minor touch up job and it now boasts projector headlamps with LED DRLs, LED fog lamps and a metal finish new front grille. The cabin is solidly built and feels airy and spacious. The all-black cockpit houses a new 7-inch infotainment system. 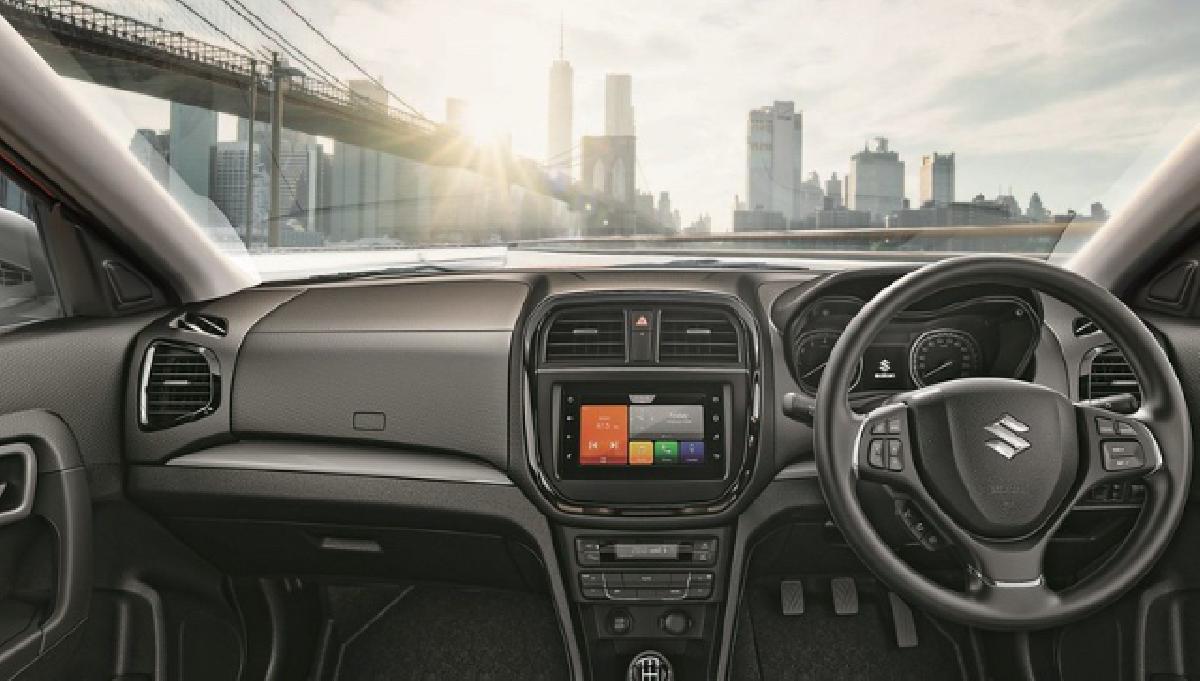 The Vitara Brezza only comes powered by the 103bhp 1.5-litre petrol engine and is mated to either a 5-speed manual or a 4-speed torque converter automatic transmission. The Vitara Brezza starts from INR 7.34 Lakhs to INR 11.15 Lakhs, ex-showroom Delhi. 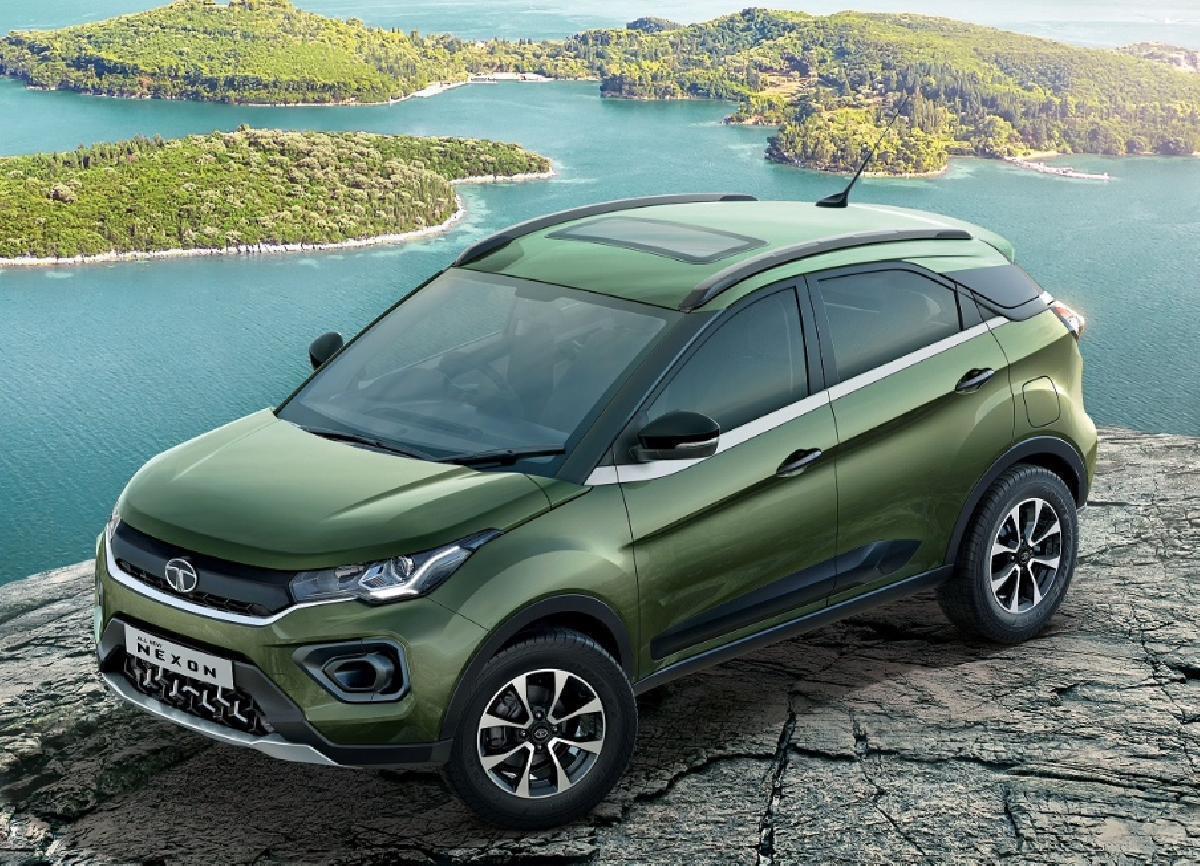 Tata decided to give the Nexon quite a comprehensive facelift, and now, it certainly looks sharper with a new headlamp cluster with LED DRLs, a slim black front grille strip and a new bumper with a swanky looking star-studded lower air intake. It also gets a new transparent LED rear lamps. The cabin remains the same with a clean and uncluttered design. Tata Motors has retained the floating 7-inch touchscreen. To add a sporty flair, the Nexon gets a flat-bottom steering wheel and a swanky looking new all-digital instrument console. It also comes with multiple drive modes like City, Eco and Sport. In terms of dimensions, the cabin is one of the most spacious in the segment and offers an impressive 209mm ground clearance and a big 350 litres of boot space. Also, the Nexon is one of the safest SUVs in the segment as it's rated a 5-star Global NCAP.

The Nexon is powered by 118bhp 1.2-litre turbocharged petrol and 108bhp 1.5-litre diesel engine and both are mated to a 6-speed manual and an AMT automatic tranny. It starts from INR 6.99 Lakhs to INR 12.70 Lakhs, ex-showroom Delhi. 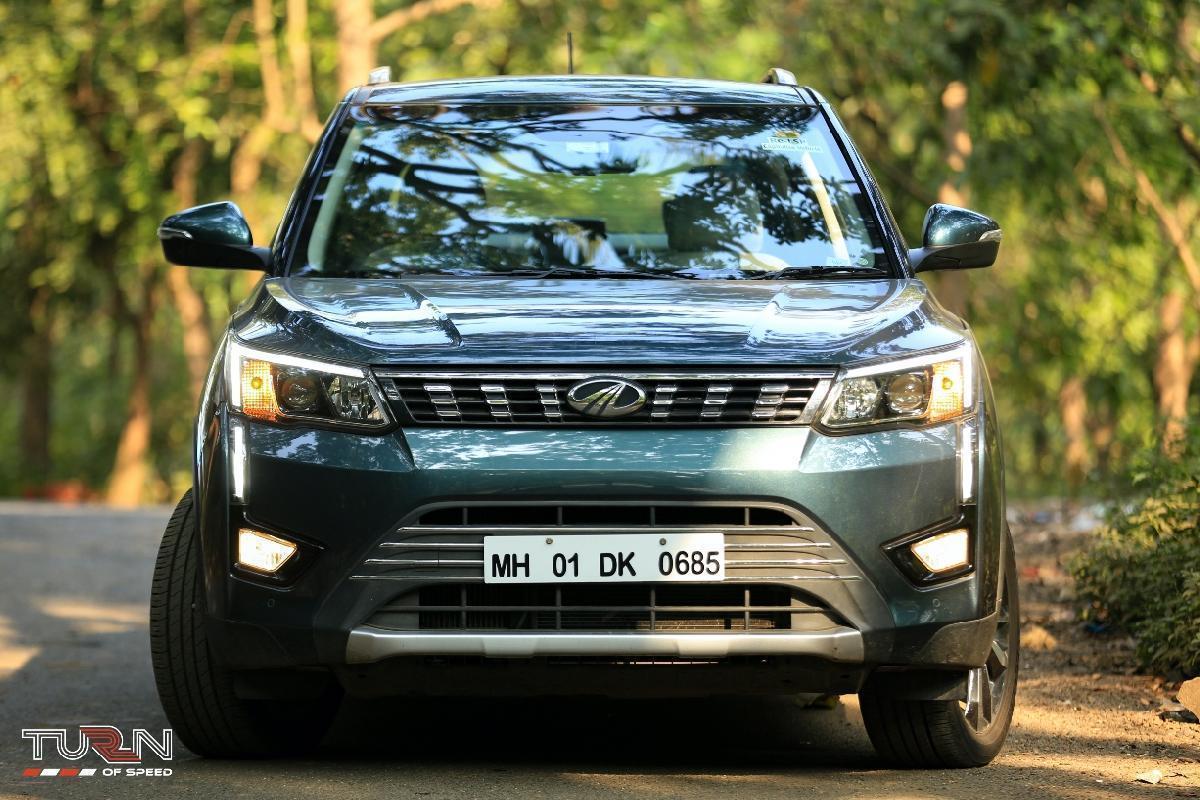 The XUV300 is the second 5-star Global NCAP crash rated SUV, but it's rated higher than the Nexon when it comes to child safety. When Mahindra launched the XUV300 in 2019, it boasted of many firsts in the segment such as all four-disc brakes, 7 airbags, the longest wheelbase and front parking sensors, to name a few. Even though the XUV300 is based on the underpinnings of the Ssangyong Tivoli, it gets the familiar XUV500-like front fascia and elongated DRLs. It sticks to a clean and maybe even slightly understated design, but it makes its presence felt with its muscular looks and bulging wheel arches.

The cabin gets a dual-tone beige black interior with a 7-inch touchscreen neatly tucked in the centre console between the AC vents. The XUV300 is also equipped with a dual-zone fully automatic temperature control with 3 memory slots to save your preferred settings. 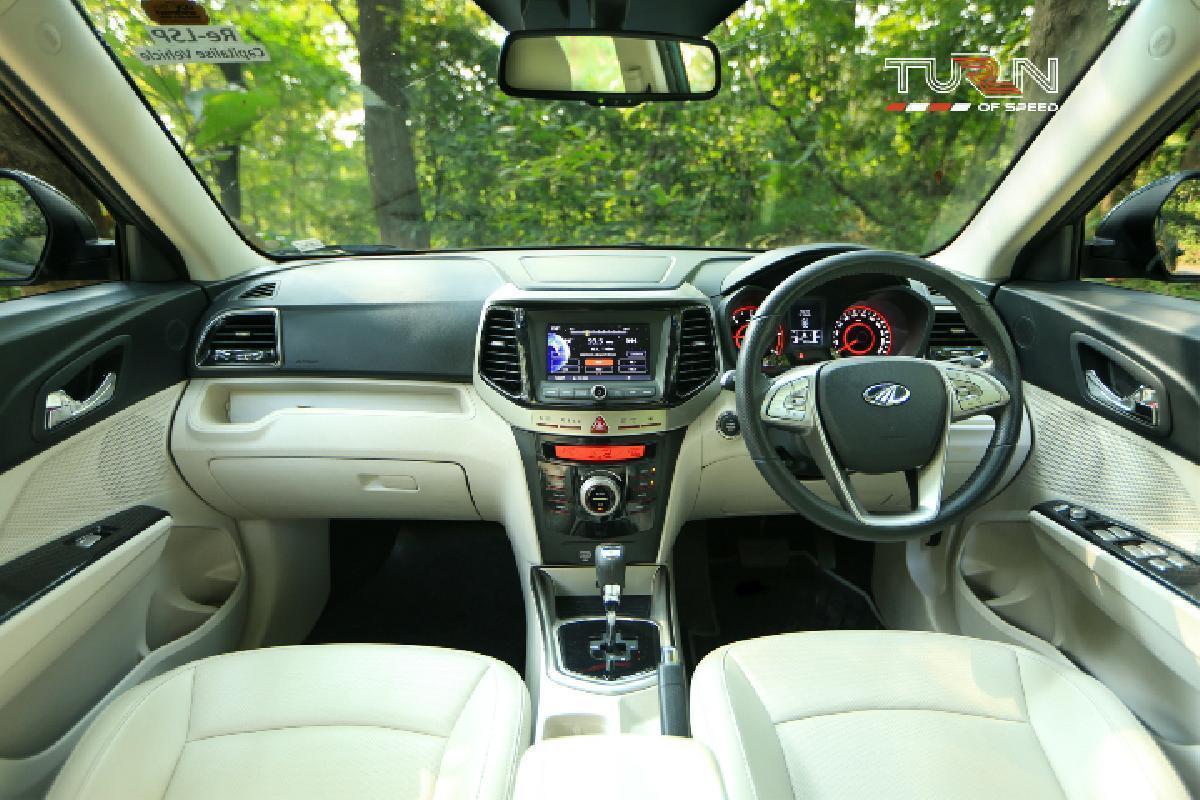 The XUV300 is available with a 1.2-litre turbo petrol engine that churns out 108bhp with 200Nm of torque. It's mated to a 6-speed manual transmission. The 115bhp 1.5-litre diesel motor boasts 300Nm torque and comes with both a 6-speed manual and a 6-speed AMT gearbox. Prices for the Mahindra XUV start from INR 7.95 Lakhs to INR 12.29 Lakhs, ex-showroom Delhi. 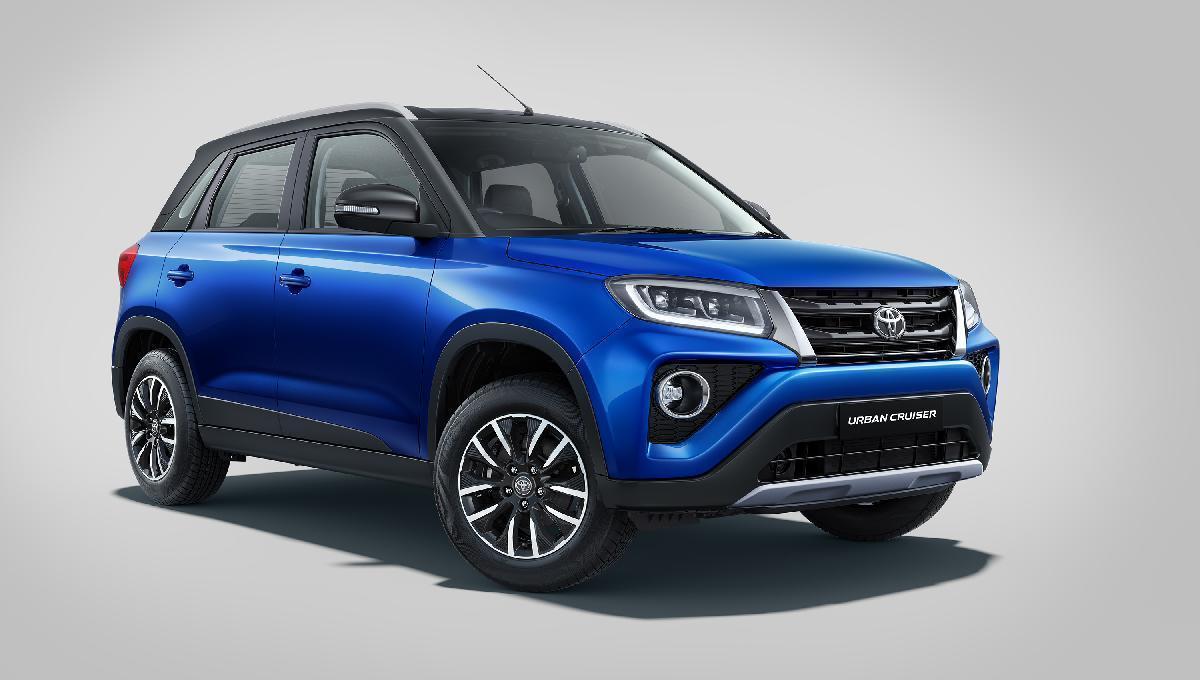 Priced from INR 8.40 Lakhs, ex showroom, Delhi, the Urban Cruiser is the most affordable SUV from Toyota. Sure, it is  arebadged verison of the Maruti Suzuki Vitara Brezza, but unlike the Glanza, Toyota has tried to bring some mild changes to the compact SUV. It receives the typical Toyota slat grille, in this case, a twin slat nose with two chrome finished vertical bars on both sides like the Fortuner. It alos gets a prominent front bumper. The new compact SUV comes with double barrel projector headlamps with chrome accents, LED rear lights, LED fog lights amd LED DRLs that double up as indicators. 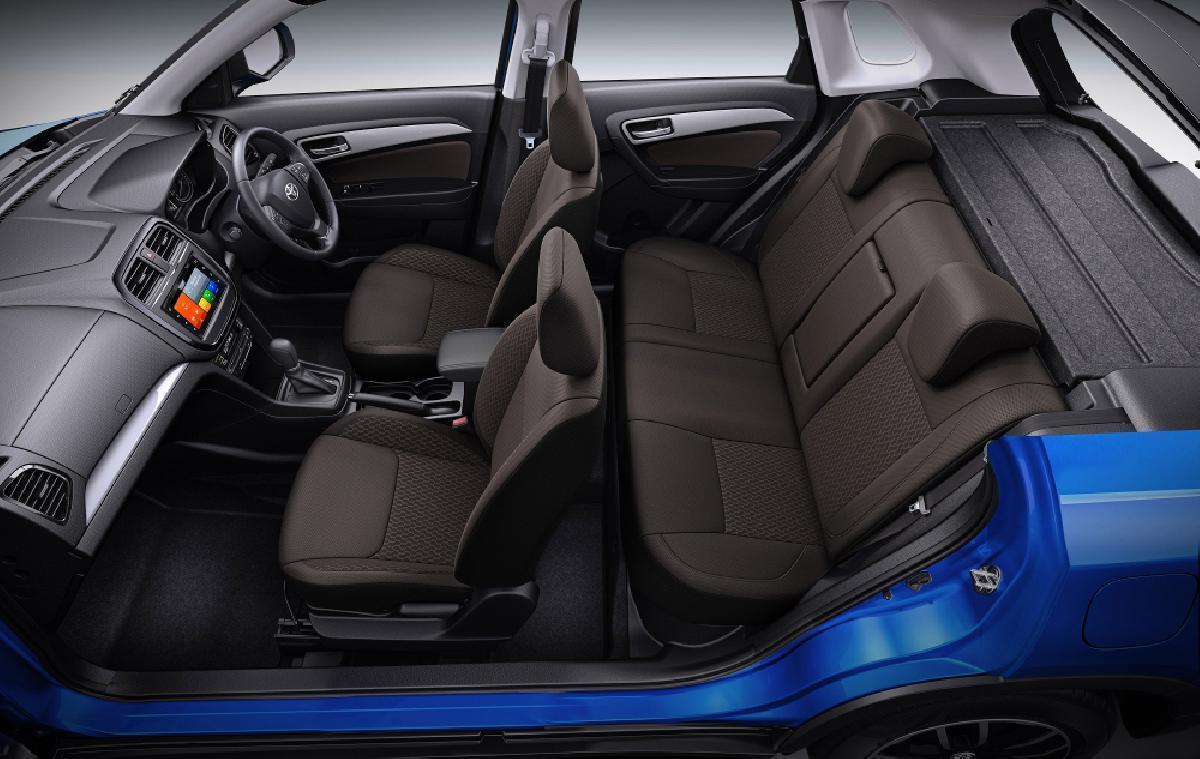 The cabin remains identical to the Brezza except for the Toyota badge on the steering wheel and the brown upholstery. The Urban Cruiser is equipped with a 7-inch touchscreen, in-built navigation, Apple CarPlay and Android Auto. The instrument cluster also remains the same and the dials light can be changed into five different colours. The Urban Cruiser is powered by a 103bhp, 1.5-Liter petrol engine like the Maruti sub-four meter SUVand is mated to either a 5-speed manual or a four-speed torque converter automatic gearbox. As the later is equipped with Suzuki's mild-hybrid technology, it offers a mileage of 18.76kmpl while the manual returns 17.03kmpl, according to ARAI. 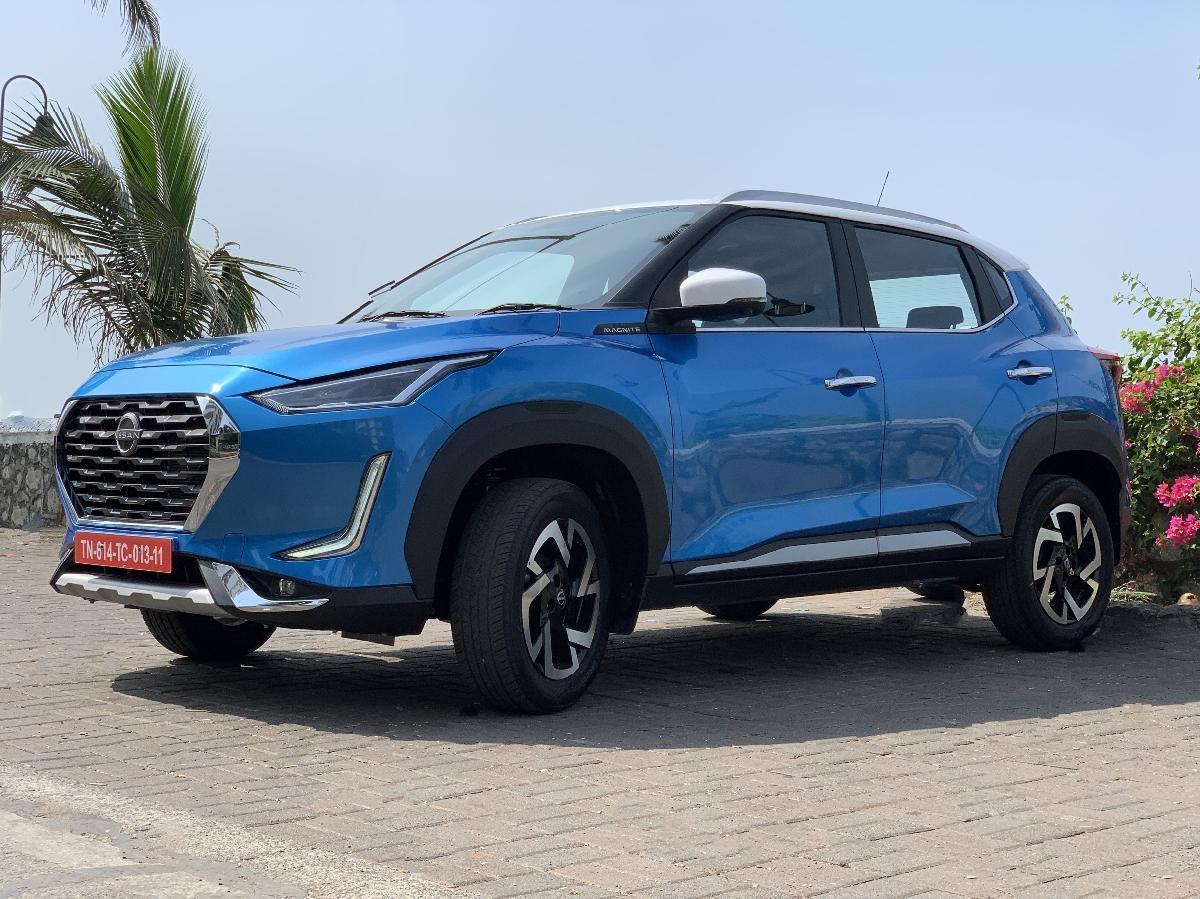 Good style and value for money are two main pillars on which the new Magnite is based on without sacrificing on the latest equipment. The chrome finish front grille, with contrasting sleek headlights with L-shaped DRLs, raised bonnet all give the new kid on the block a very space-age look. The Magnite is based on the CMF-A platform that underpins the Renault Triber and the upcoming Kiger. The Nissan compact SUV boasts of a 205mm ground clearance. The cabin is contemporary with hard plastic but matt finish dashboard. With hexagon-shaped air conditioner vents, the smart-looking 8-inch touchscreen with a metal finish, 7-inch all-digital instrument cluster, soft touch air condition knobs and the wireless mobile phone charging pad, Nissan offers both a classy design and the latest features. It also comes with first in the segment wireless Apple CarPlay and Android Auto. 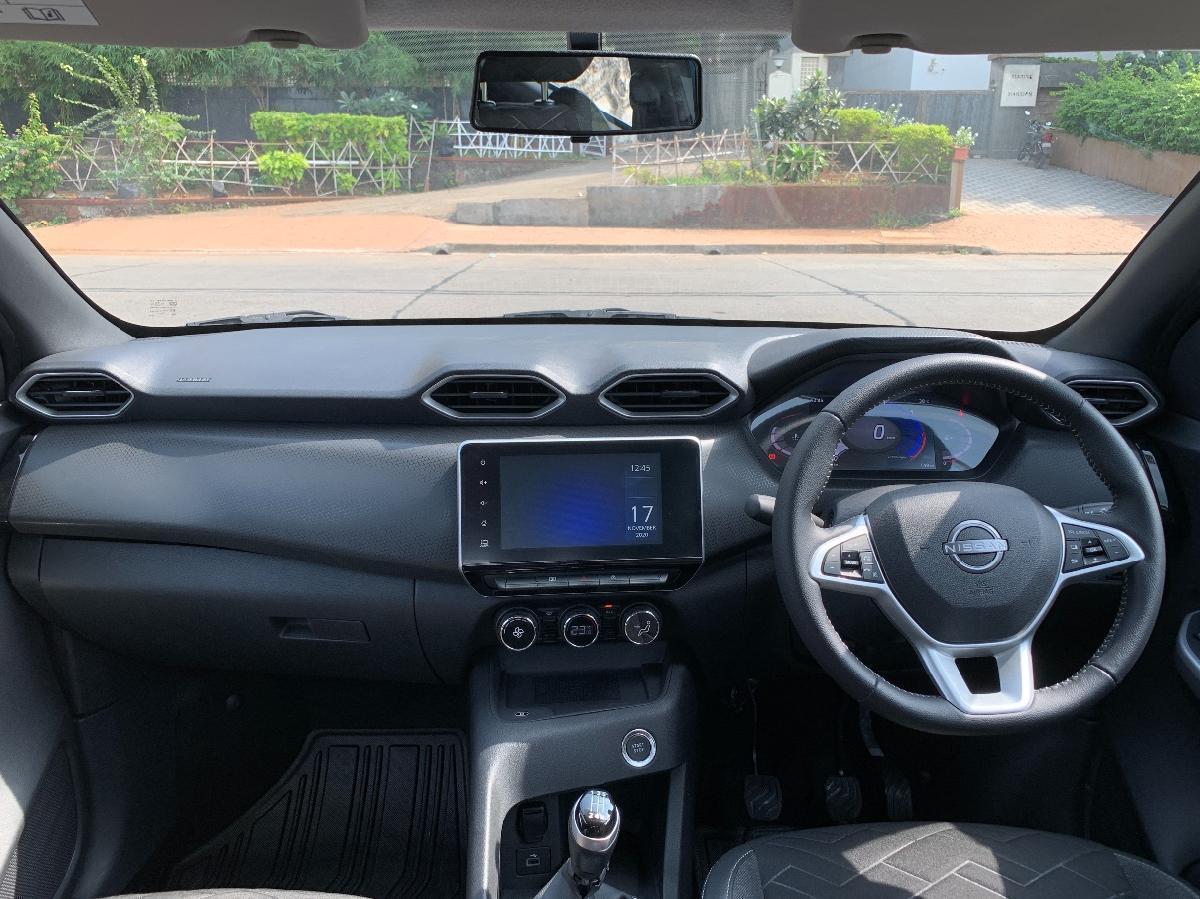 The Magnite is powered by a 72bhp 1-litre naturally aspirated petrol engine and a 99bhp 1-litre petrol turbo. The former comes with a 5-speed manual, while the latter is available in both 5-speed manual and CVT automatic.