What the Renault Kiger has in store

With its global debut scheduled for January 28th, Renault Kiger is already creating quite a buzz with its striking design.

French manufacturer, Renault, has had its shares of ups and downs in India. While some of their vehicles such as the rebadged version of the Nissan Sunny, sold as Renault Scala, or more recently, the Koleos and the Captur failed to create any serious buzz in the market, Renault, did present India with some outstanding vehicles such as the Kwid, the Duster and more recently, the Triber. Now, after Triber’s success, Renault is hoping to re-create the magic with their all-new compact SUV, the Kiger. 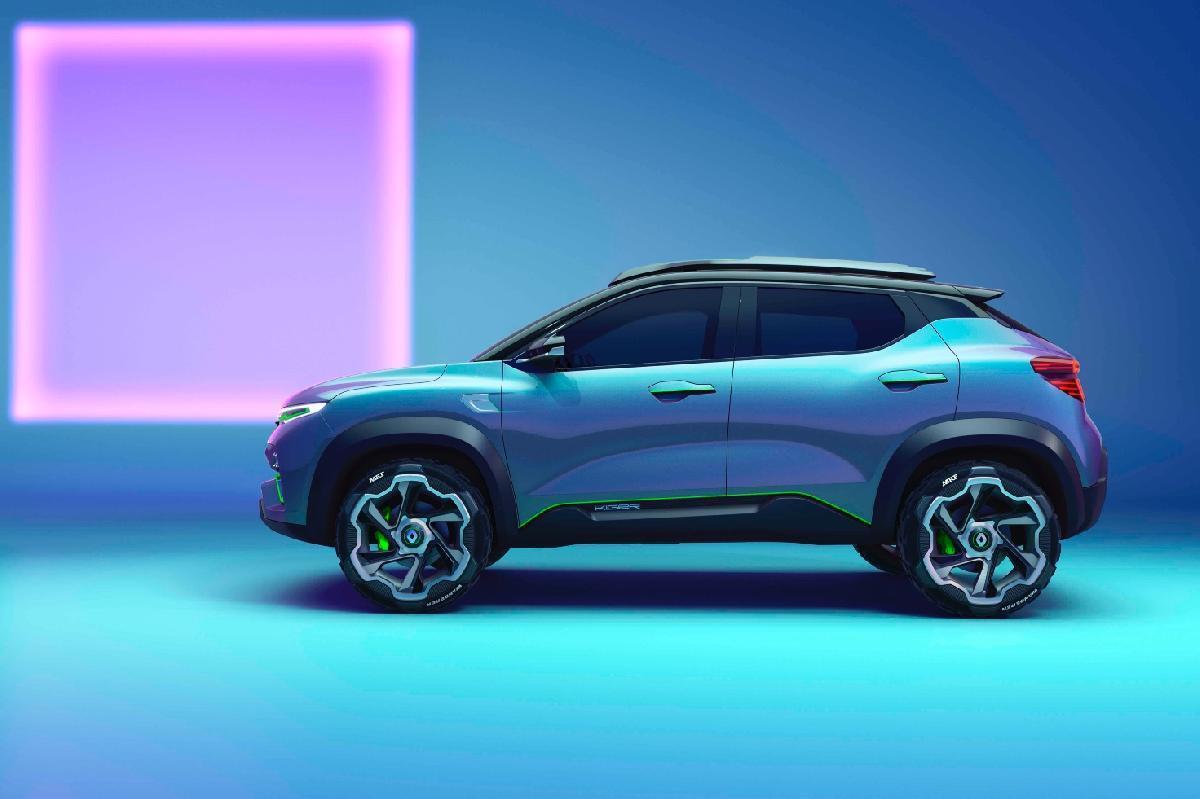 The Kiger concept is a head-turner and the good news is that the production-spec will retain 80% of its design. This sub-compact SUV will make its global debut in India on January 28. The car will be based on the Triber’s CMF-A+ architecture and will share its underpinnings with their alliance partner’s recently launched compact SUV, the Nissan Magnite. The Kiger will also showcase a brand-new engine for both the Indian and the international market.

In terms of the exteriors, the Kiger gets a split headlight design with daytime running LEDs above the headlight, making it quite distinctive. It is also expected to sport a wing-shaped front grille with horizontal slats. The highlight is its colour, called either “Aurora Borealis” or “California Dream”, which changes depending on the light thrown at the car. 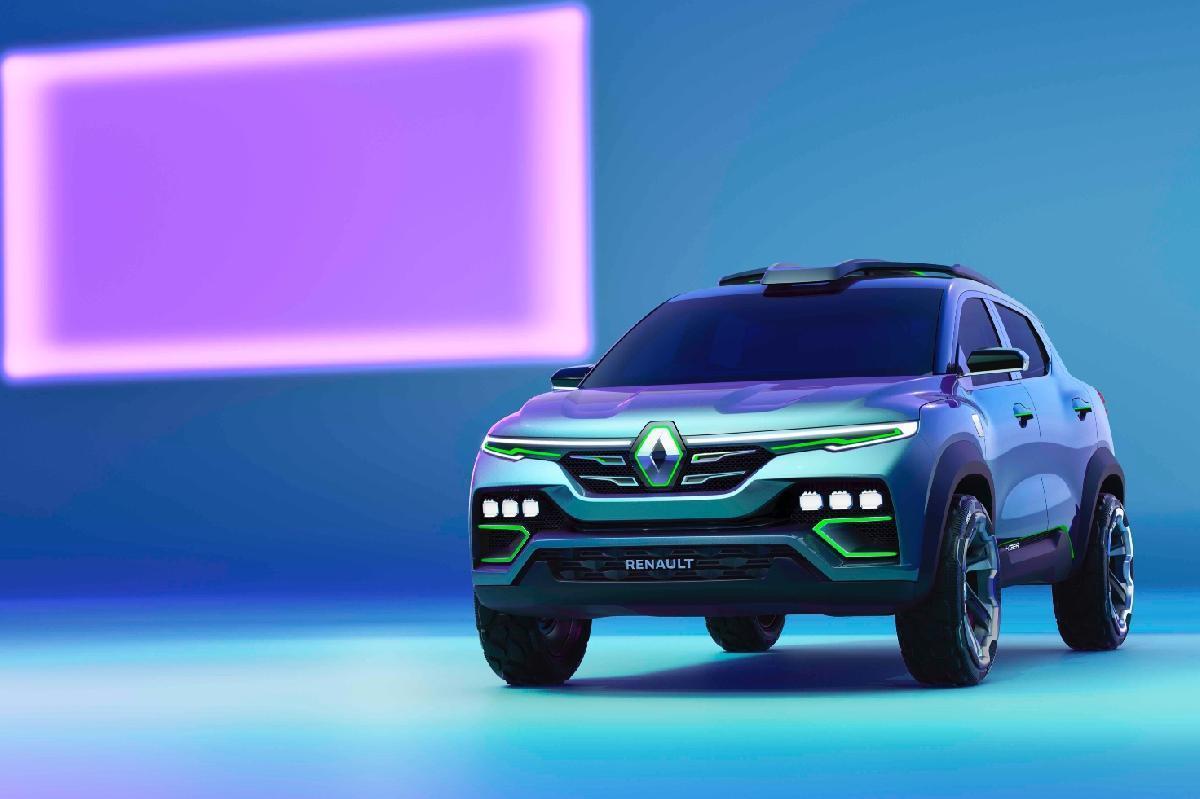 Expect the Kiger to come loaded with features such as touchscreen infotainment system, Apple CarPlay, Android Auto, keyless entry, automatic climate control and steering-mounted audio and phone controls, usually seen in higher segment vehicles. It will also borrow some parts from its older sibling, the Triber, such as the dual glove box, steering wheel unit, switchgear and even the digital instrument cluster.

The Kiger will come with two engine options. While the base variant will get a 72bhp, 1-litre naturally aspirated petrol engine, the good news is that Renault will also offer a more powerful 100bhp, 1-litre, three-cylinder turbo petrol powertrain, which will come with a CVT automatic and a manual transmission. 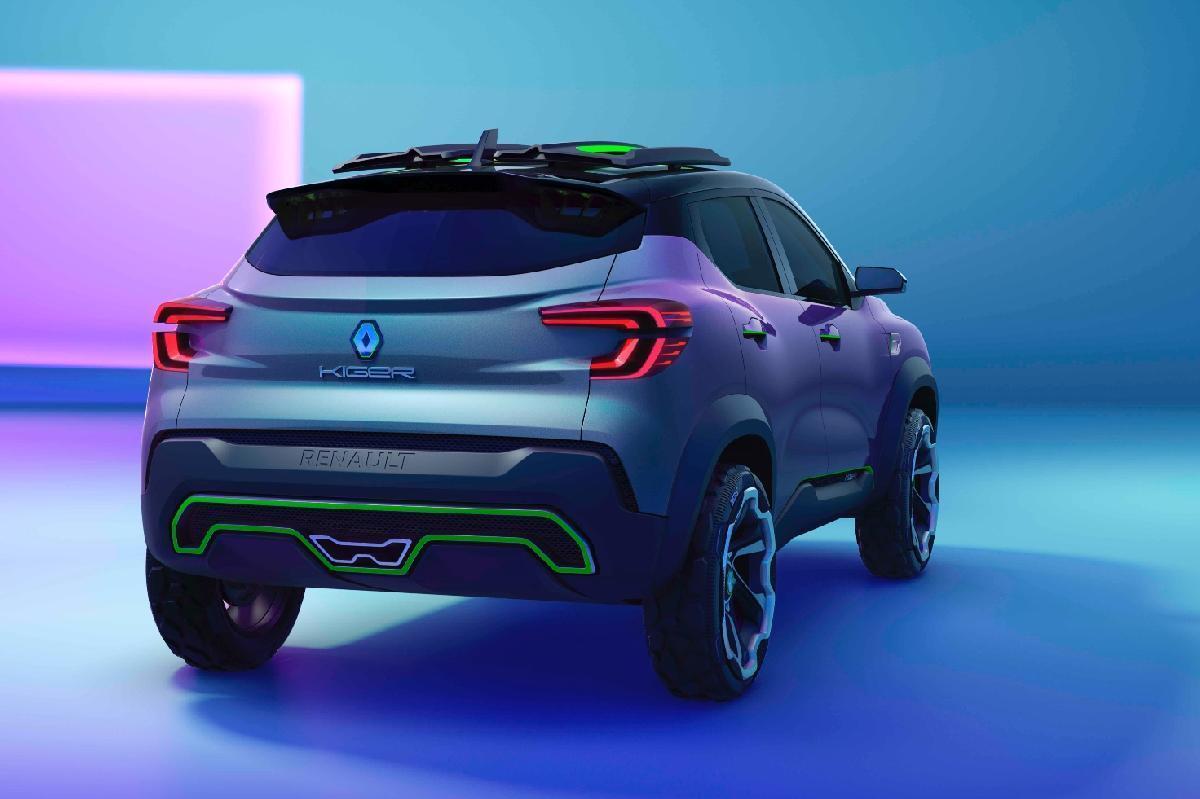 With people still speculating about Renault Kiger’s price, the Kiger could be priced slightly higher than the recently launched, Nissan Magnite, which is priced between INR 5 lakhs to 9.45 lakhs. We’ll know soon enough. Watch this space for more.