The e-Amby: First by accident then by design

Dilip Chhabria’s latest design of the e-Amby in Pearl Charcoal Grey, has garnered a lot of interest on social media. Take a look at the picture below and you will know exactly what we’re talking about. The e-Amby is Chhabria’s interpretation of the good old, Hindustan Ambassador car, in a brand-new avatar, and it has come out of DC’s design studio, which is now called DC2. If you know anything about DC Design, you will know that every single product that comes out of from there, is niche and stands out like no other. In fact, it is so niche that it even piqued Jeremy Clarkson’s curiosity whose office called up Chhabria’s office to ask “if they could use pictures of the e-Amby” on his TV show “and if the car could be sent to him where he was shooting at the moment,” divulges Chhabria.

Cut to 2015. You may remember Dilip Chhabria’s coupe-styled sports car, Avanti, which had a lot riding on it and despite having gone through the entire homologation process, failed to yield the desired results. “Sports cars everywhere are preferred in manual transmission but we realized that Indians liked Automatic transmission… we really didn’t expect this consumer behavior… we were scarred by the Avanti investment which was to the tune of 280 Crores,” says Chhabria, talking about why the Avanti didn’t exactly take off.

However, all that is in the past now, and in retrospect, all the learning from the Avanti wasn’t in vain, says Chhabria. In fact, it left Chhabria and his team with a rich body of “experience and heft” from which they learnt a lot and set about designing and developing a new car all over again. This, combined with the fact that they also had the large capacity built up in Pune, and so, Chhabria, turned all his energies towards designing the e-Amby. 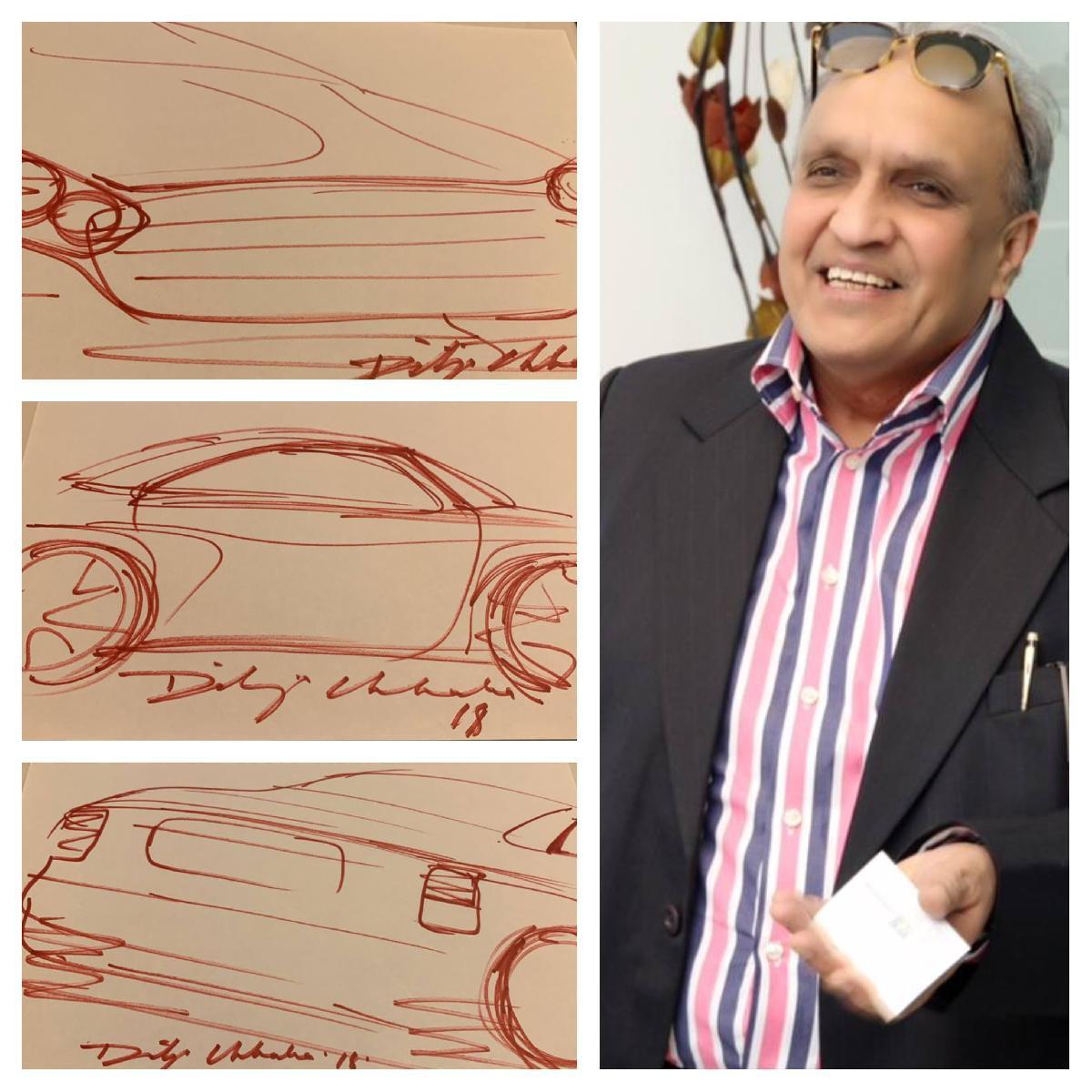 “If you look at world leaders such as Trump and Putin, you will notice that they use cars from their own countries with great pride, I felt why not design something that makes India proud? The old Ambassador car is an iconic car in India. In fact, whenever I have foreign guests over, they always ask for an Ambassador and even when I travel within the country, it is the first choice for travel, I always ask for a new Ambassador, which now, is getting increasingly difficult to find. Nevertheless, it is a tall car, one which you can enter without stooping, and it has always been associated with comfort,” says Chhabria.

Working with the Ambassador car isn’t a first-time experience for Chhabria. The Ambierod, designed and presented by him in 2008 at the Auto Expo, continues to remain etched in several people’s minds and they remain besotted with the Ambierod’s connection to the past. Chhabria reveals that the Sheikh of Qatar, who once sent his private jet for him, “also happens to be a fan of the Ambierod.”

Chhabria says that before he had zeroed in on the Ambassador car to start re-designing it, he recalls noticing how most global electric cars looked alike, thanks to having been born out of Tier I suppliers. That’s when he felt that if the Amby were to get into electric mode, not only would it would look different, but it would drive differently too, as it would be a high acceleration car, and that is precisely what he set out to do. 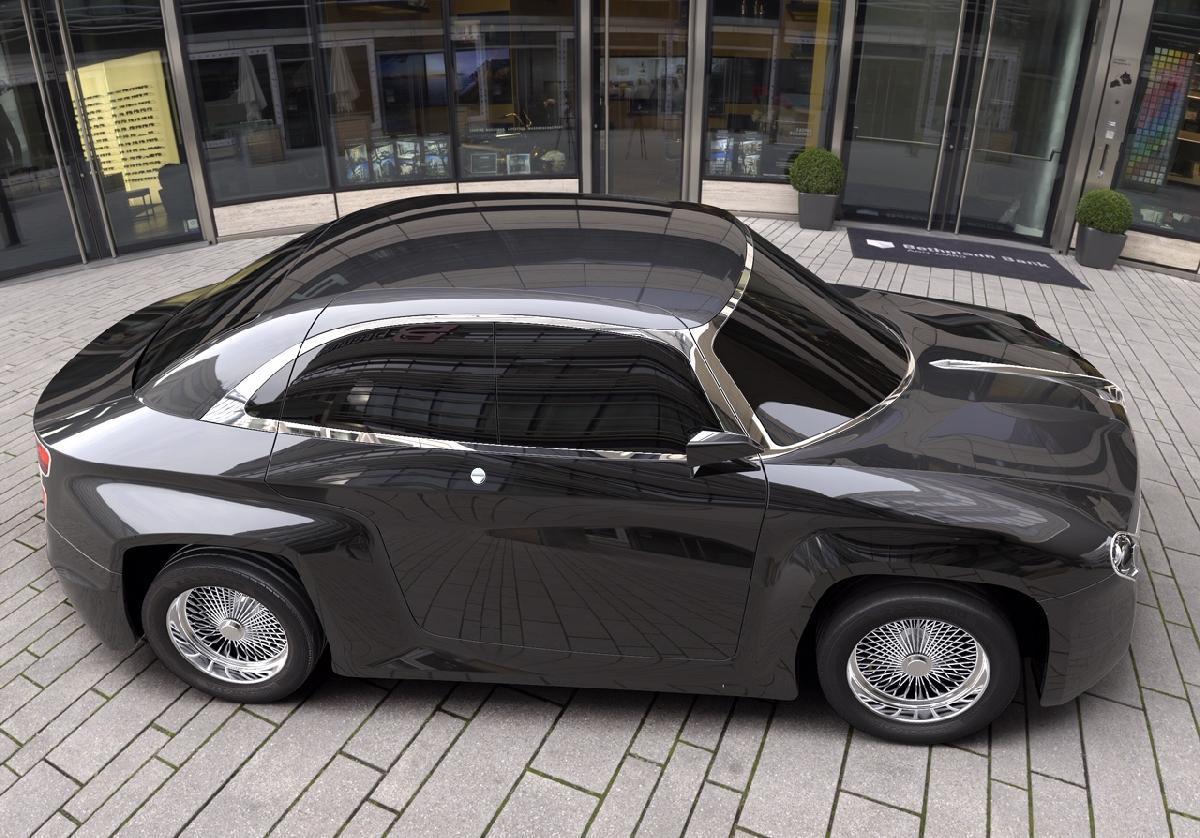 For Chhabria, besides the thrill of power experienced in electric cars, the lure of designing and developing an EV, this time around, also lay in the attractive GST rate which was 50% for gasoline cars but only 5% for EVs. “Sure, the electric power train is a tad more expensive now, but it solves the problem of automatic transmission and also becomes an exportable car across the world,” he says.

Chhabria makes an interesting observation about car designers. He says that car designers are shy types but they’re obsessively passionate people who work at something until they’re satisfied which they seldom are. “People don’t realize but it takes a lot to produce even a bonnet, for instance,” he says. “Each part is mated to the other, few things exist in isolation. The fender is mated to the door, the door to the glass, and then there are also regulations to adhere to,” he says.

With the e-Amby, the idea is to have a luxury car out there, that will retail at half the price of the Mercedes-Benz E-Class, INR 35 Lakhs, to be precise, while offering more space and comfort. As you read this, four cars have been readied and the e-Amby’s first prototype is currently with a company in Switzerland who are developing a plug and play system on the car, informs Chhabria.

The e-Amby, has taken Chhabria 18 months to design and develop and according to him “it was a very difficult car to design.” Chhabria says that “it took 674 iterations of the car, before we finally froze one.” Chhabria “had to carry all the old cues of the old Ambassador while ensuring that it wasn’t too close to the present Ambassador.” About the e-Amby’s design, Chhabria says, “I worked very hard on the front end…I lost my way… had a better choice… and while I am very proud of the rear and the sides, I’m definitely not proud of the front.” The e-Amby features power operated, carbon gull wing doors, that are very strong yet very light. The car also boasts front and rear row (2+3) seating involving “rather complicated engineering.” 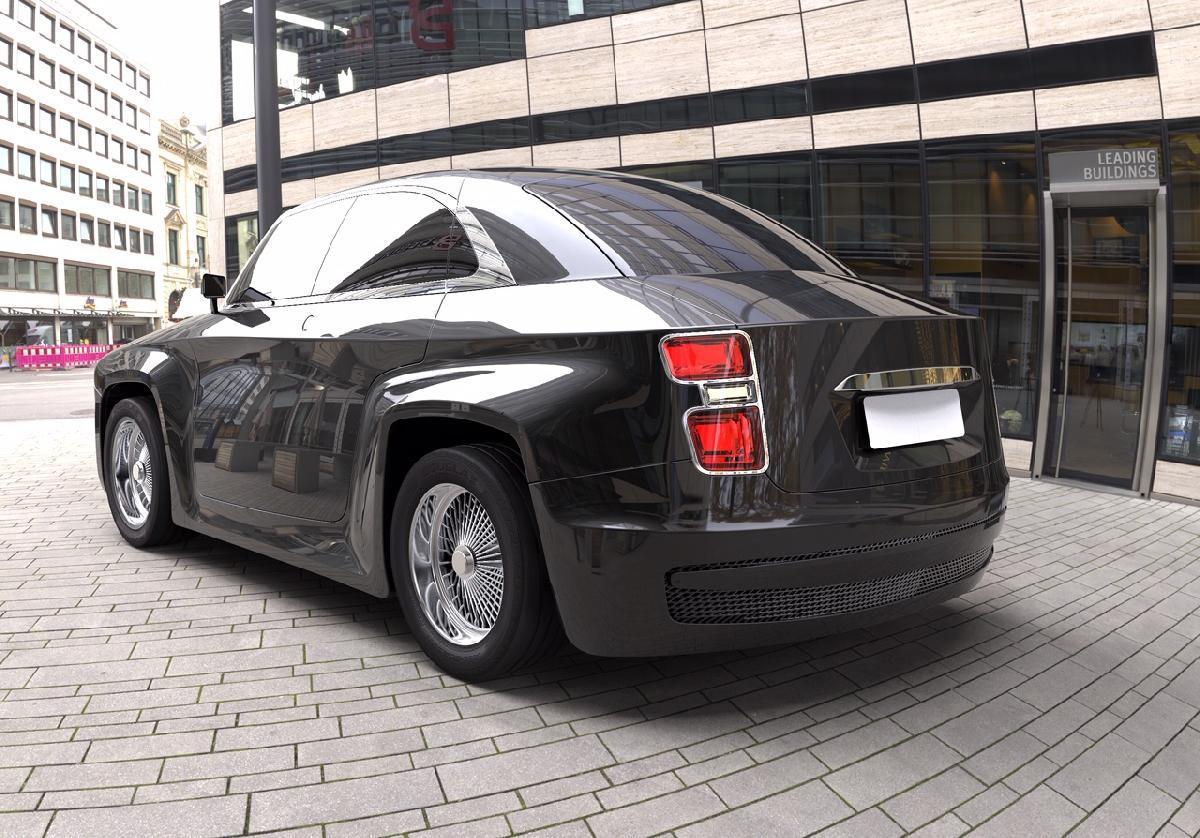 Chhabria’s USP has always been the vehicle’s interiors, and for the e-Amby also, Chhabria has grand plans. “The interiors will be in Bentley territory,” he tells us. “They will be much more spacious and higher than the Mercedes E-Class. The luxury quotient will be evident and no exposed plastic or painted surfaces will be visible. There will be use of materials such as wood, leather as well as aluminum on the inside,” he informs.

“Despite the Ambassador car having a bonnet that is high, the battery will be placed on the floor, as there is a lot of space inside,” says Chhabria. “I don’t know for sure about the kind of battery they will end up using but they are thinking of using a 160kw battery, which is 40-50kw more than Tesla S’ battery,” he says. “We will be giving a Rolls Royce Exterior, a Bentley interior and a Tesla Drive Train, to the car” says Chhabria. 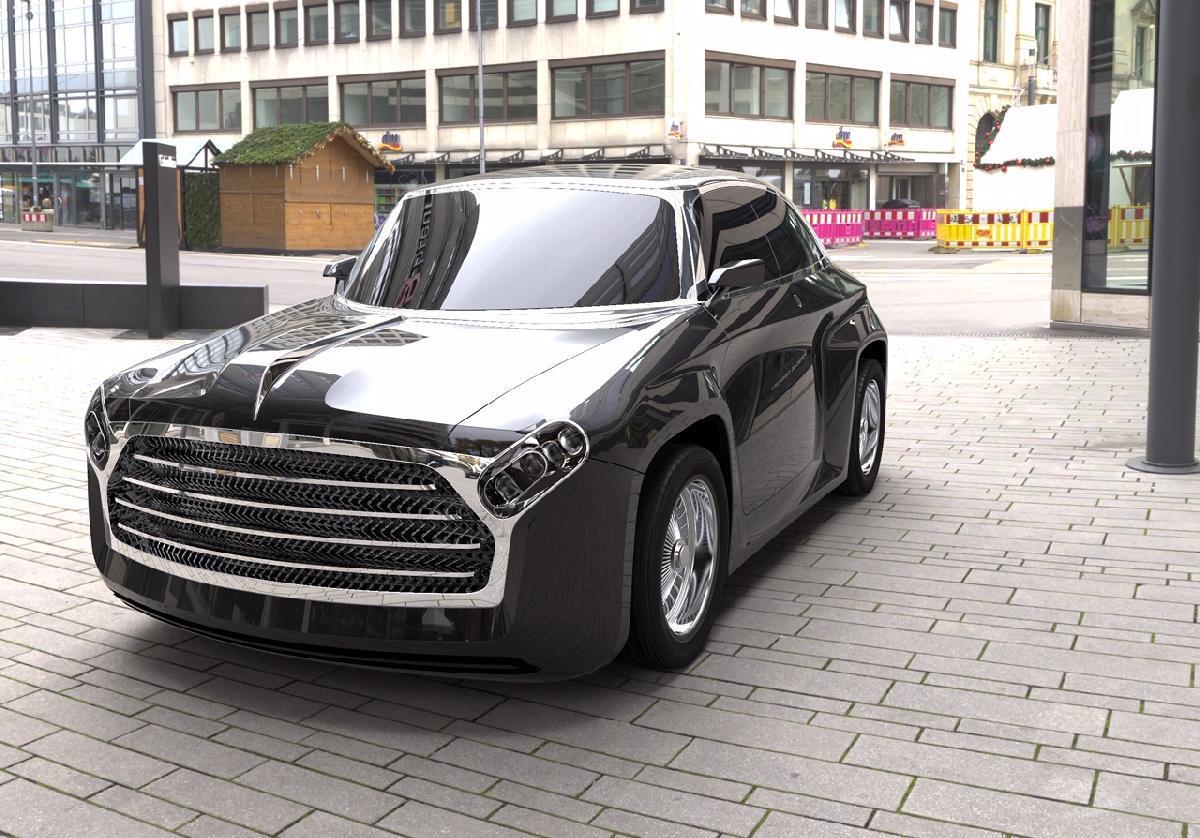 This time around Chhabria wants to be cautious. “Only 5000 units of the e-Amby will be made because of the investment size involved…that’s the sweet spot. We don’t want to make the same mistakes as we made with the Avanti in terms of a 280 Cr investment. We definitely don’t want to repeat that,” asserts Chhabria.

When the talk comes around to the production of the car, Chhabria says that he has two choices. He says that he can either sell it as a project to a large company. A Chinese car manufacturer that entered the Indian car market has expressed a lot of interest also. “They thought it was good product,” informs Chhabria. “The second is private equity players.” “Since we had already done the Avanti it has been a big plus for us,” says Chhabria who is of the firm belief that “if you have a great product, money is the easiest thing to get.”

Who else than Chahbria himself to better state this? Afterall, he is the one who has spent a lifetime creating unique cars. About the e-Amby he says, “We are trying to create a product that would be distinctive enough.” But that… Jeremy Clarkson, already knows.