Refined and with plenty of torque on offer at all speeds, the Royal Enfield Interceptor 650, remains a much sought-after retro motorcycle. Have the new BS6 emissions taken away any of the Interceptor’s zing? We find out.

The Interceptor 650, in many ways, allowed Royal Enfield to flex its muscle and showcase its ability to roll out a retro street bike with modern features and top-notch quality. Ever since its launch in 2018, the Interceptor has swept the market by storm and continues to do so with its gorgeous looks and affordable price tag. But what makes this new modern classic stand out is its versatile 47bhp 648cc twin parallel. As we swing our leg over the saddle of the BS6 compliant avatar of the Interceptor, we find out if the new stricter emissions have taken the sting out of the powertrain. 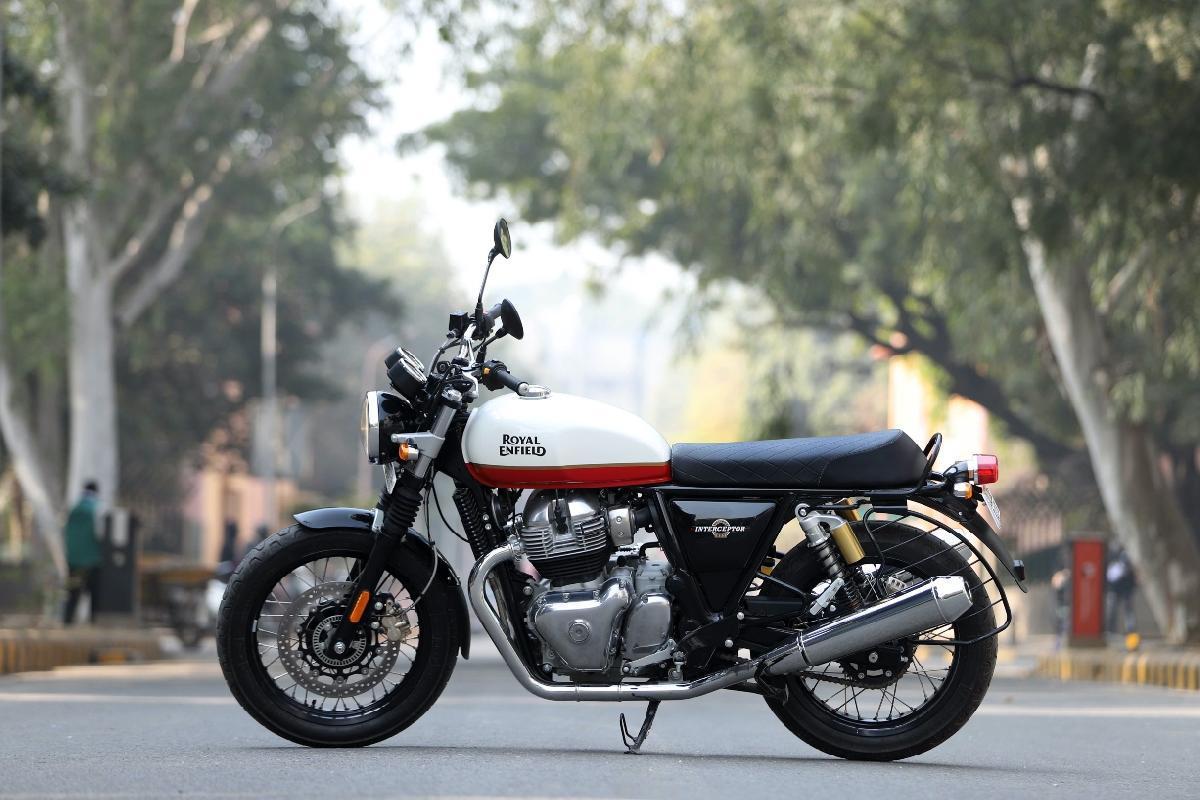 As the Interceptor remains unchanged in terms of looks and features, we will first talk about the engine. Fire up the motor and twist the throttle, straightway the motorcycle lets us know that it’s more responsive and smoother than its BS4 version. What makes this engine a gem is that it continues to offer more than enough grunt in a linear fashion yet always willing to step up whenever required at any speed. This ensures that the rider is always in control. With 52Nm at 5,250rpm and 80% of the pulling power available as low as the 2,500rpm mark, the twin-parallel easily cruises as low as 30kmph to over the three-figure mark. The best part is that even when the engine is pushed, it doesn’t feel strained and stays predominantly vibrations free thanks to the counterbalance shaft. 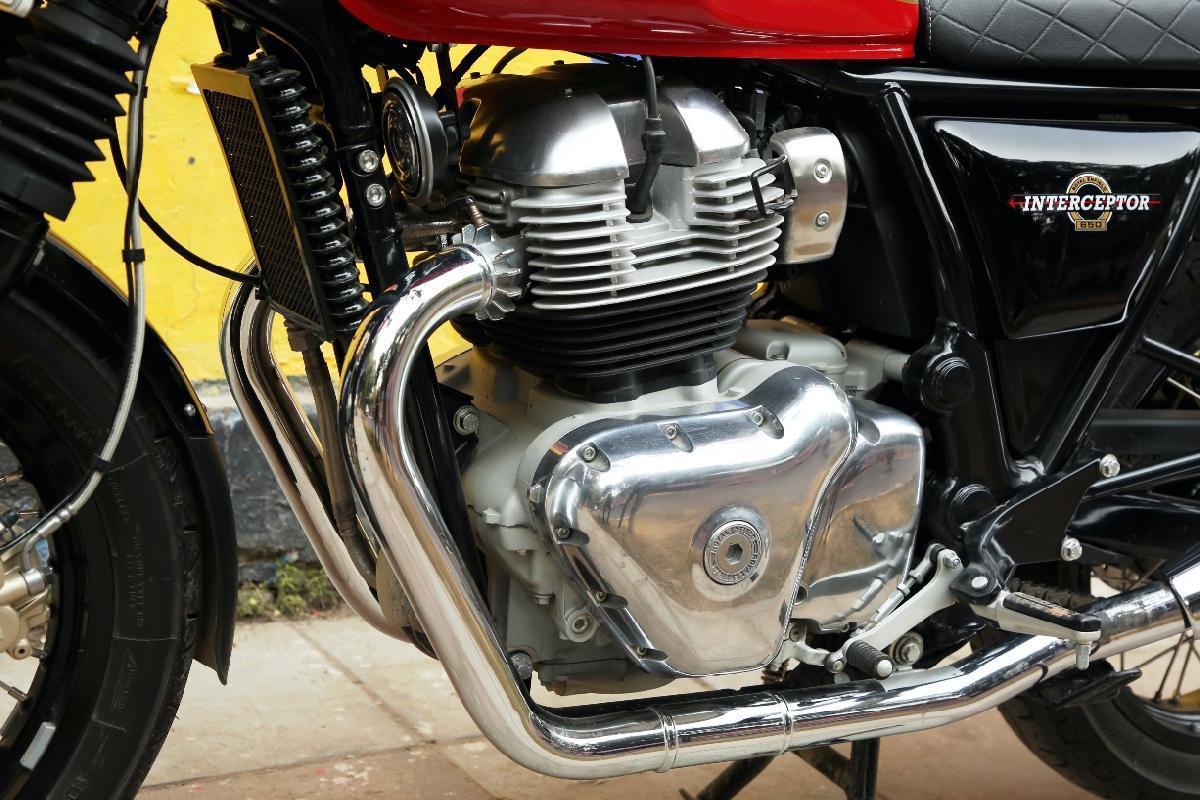 The six-speed gearbox is butter smooth and doesn’t throw a rude false neutral at you. At least we didn’t come across this. It is also equipped with a slipper clutch making it easier to downshift without having the fear of the rear wheel locking up. The engine and the gearbox are so in tune with each other that the Interceptor can coast along at 40-45kmph in the sixth gear.

With a seat height of 804mm, Royal Enfield has ensured that the Interceptor is accessible and offers a fairly good ground clearance of 174mm. The seating ergonomics is something that takes some getting used to. 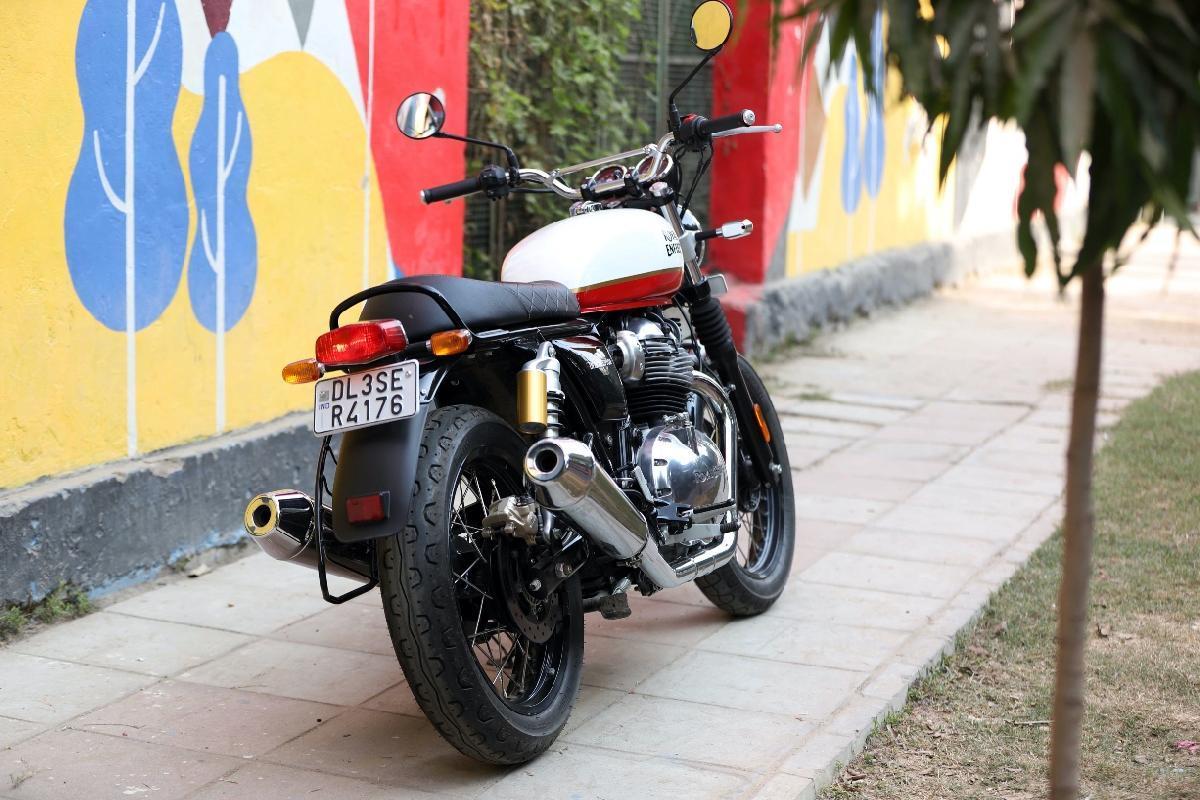 The footpegs jut into your shins every time you put your feet on the ground and honestly, this can be quite annoying. 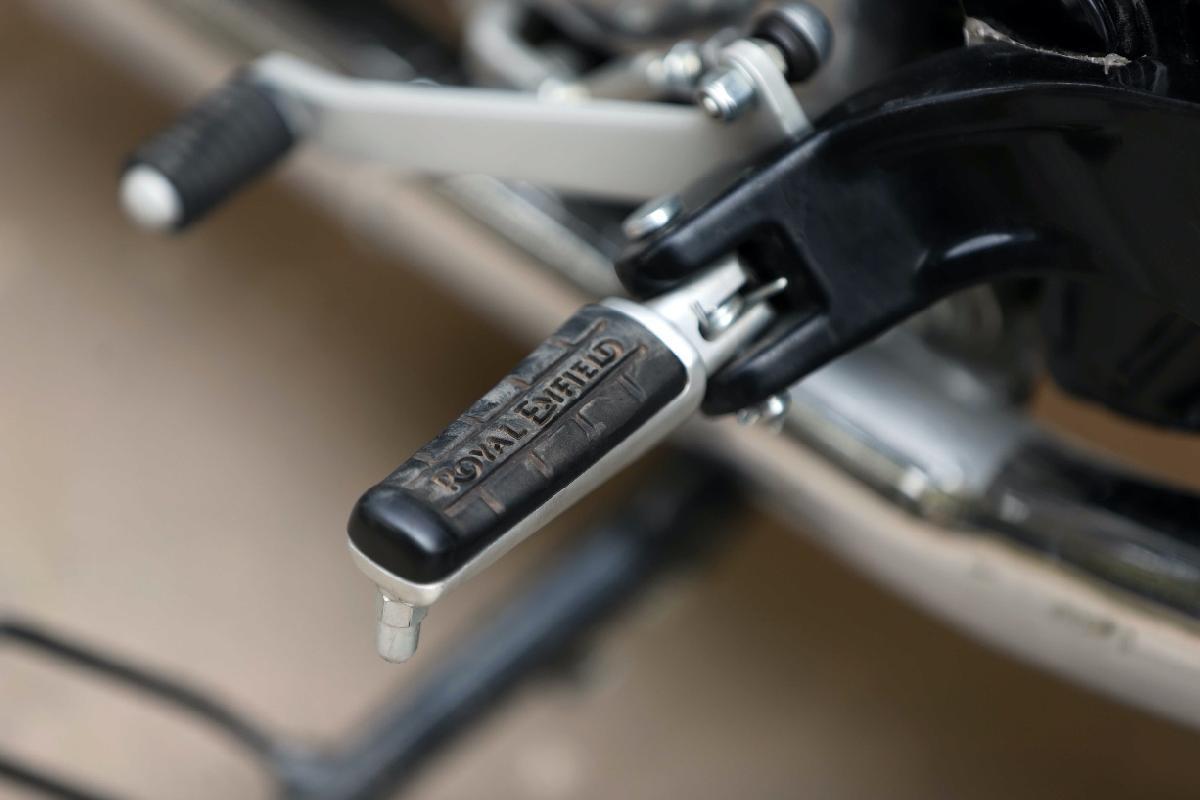 While the feet are pushed back slightly, you end up reaching for the handlebars and this becomes more evident while taking corners. Sure, the riding position is comfortable, but a few tweaks could have made it better. In no way is it a deal-breaker, far from it. On the other hand, we would recommend replacing the standard saddle on the Interceptor as it’s too flat and narrow and becomes uncomfortable for long-distance seat time. 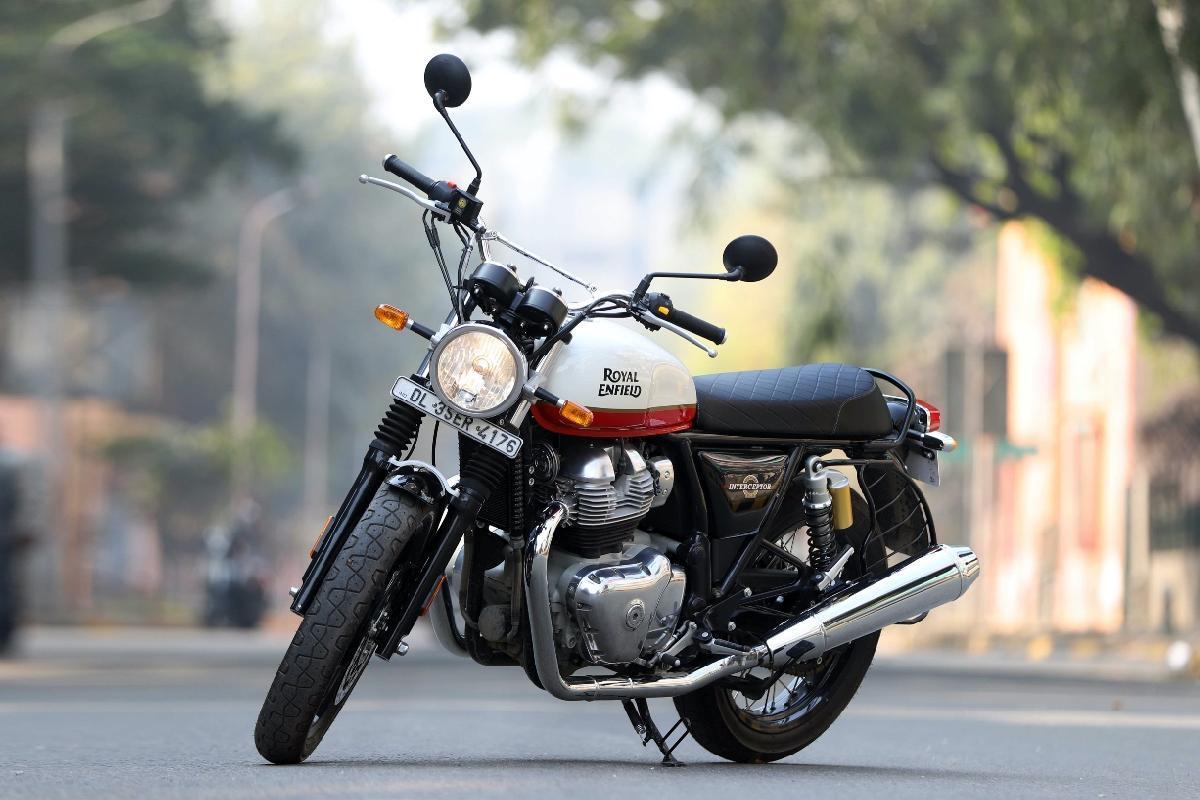 The Interceptor isn’t a bike that will carve out corners, but weighing a shade over 200kgs, it feels agile and the Pirelli Phantom Sportcom tyres offer good grip. The suspension set up is on the softer side and as a result, it feels floaty, especially the rear twin coils. They also tend to bottom out more often than you’d like as there is only 88mm of travel on offer. It does come with a 5-stage preload adjustment, but it struggles to get the right balance. On the positive side, the Interceptor easily gobbles up ditches and sails over undulations. 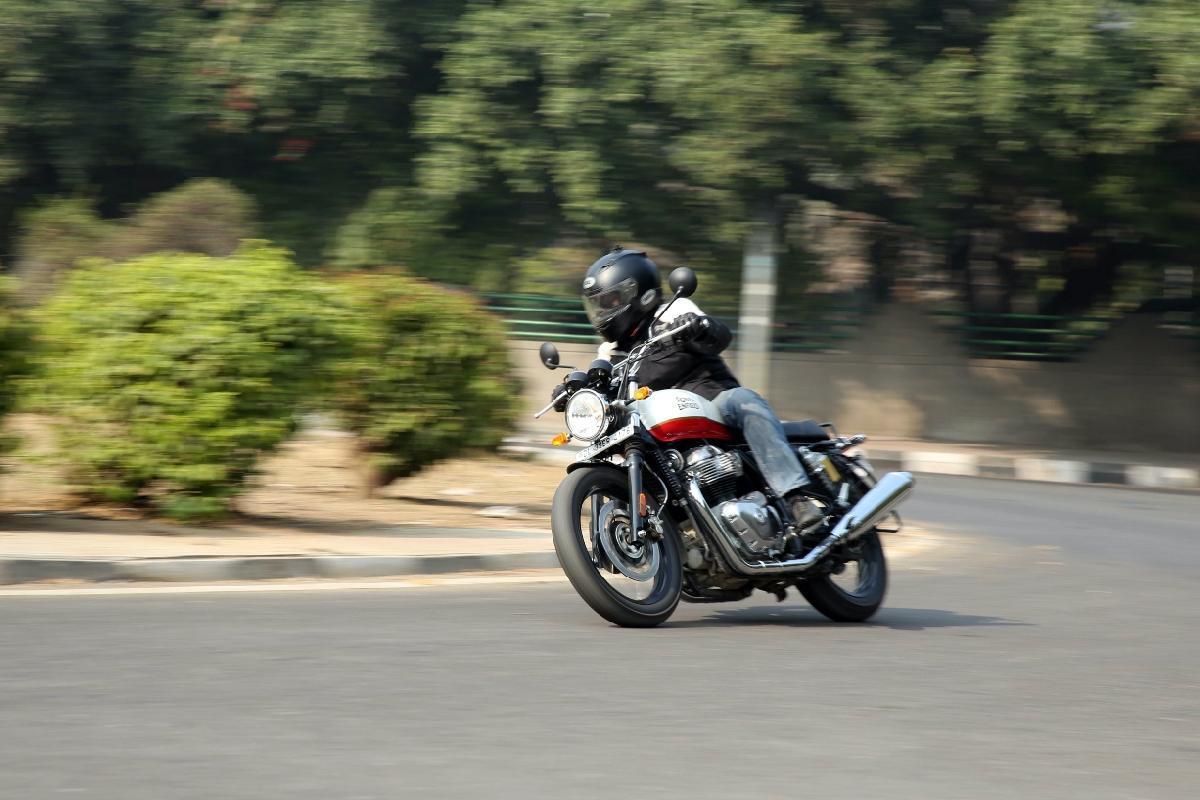 Equipped with 300mm front disc and 240mm rear disc along with dual-channel ABS, the motorcycle offers plenty of confidence with its stoppage prowess. The Byre brakes by Brembo are very effective. 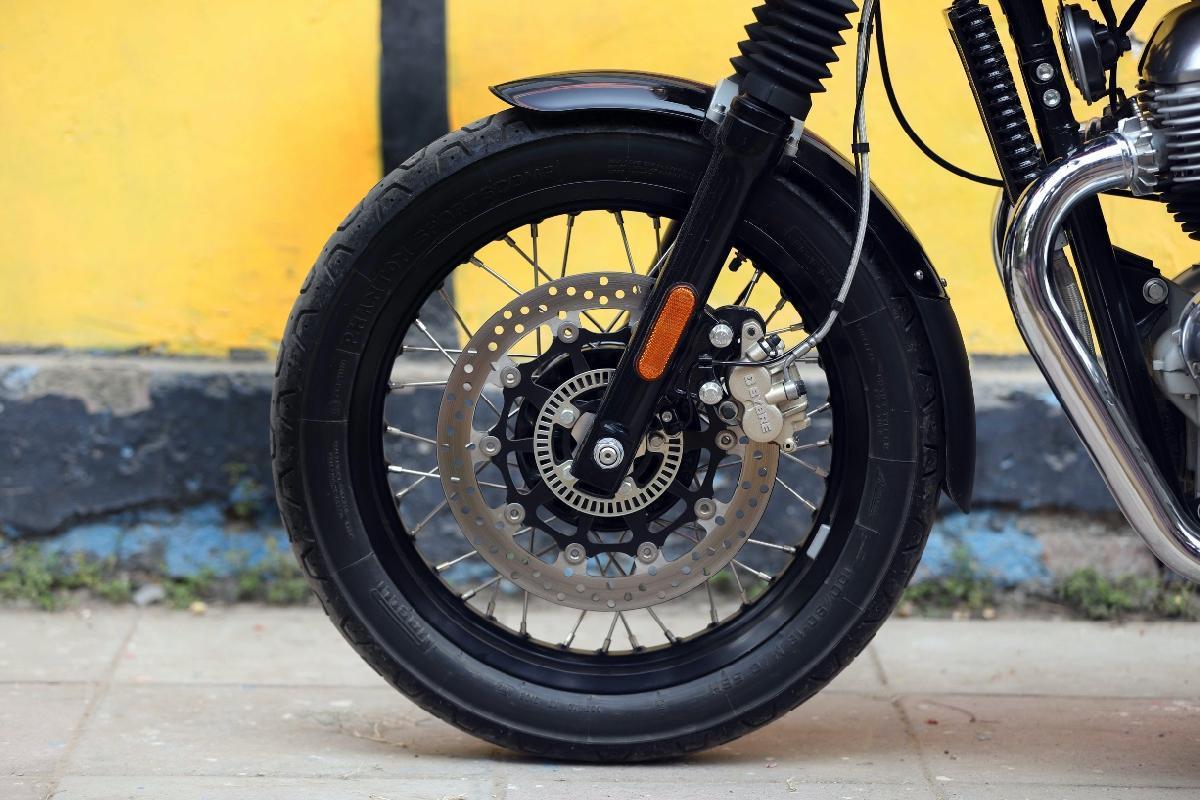 The Interceptor’s uncluttered looks make it stand out and it continues to attract a lot of attention. 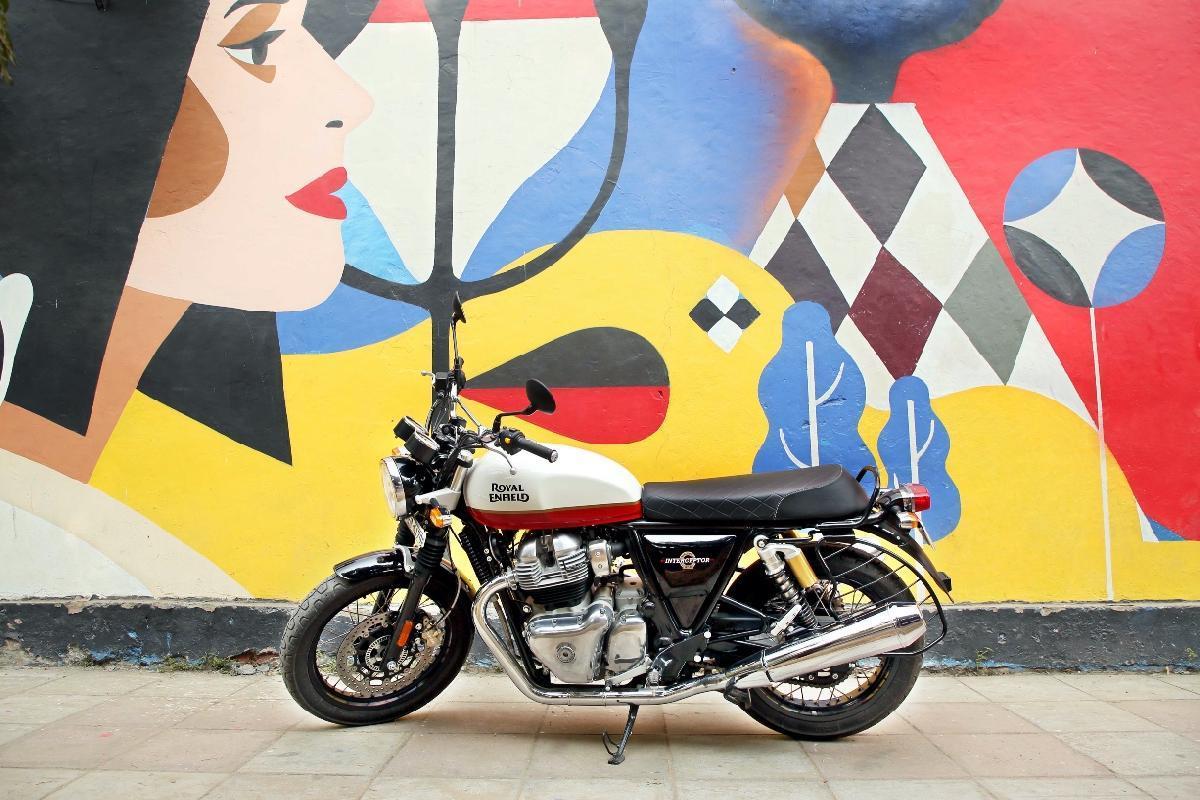 As mentioned earlier, Interceptor retains its minimalistic retro design with its twin-pod analogue speedometer and rev meter along with a small LCD box that reads out the odo and trip meters and houses a digital fuel gauge. Afterall, like they say... "if it ain’t broke, don’t fix it." 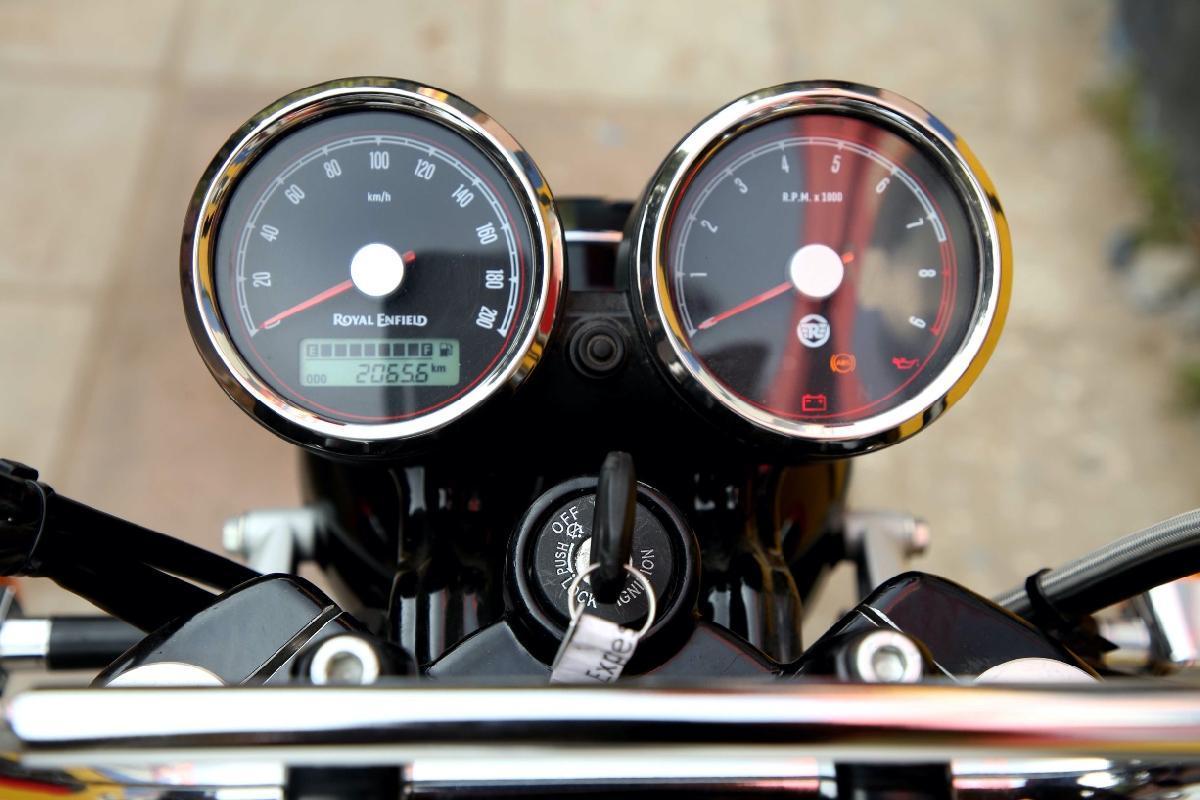 The Royal Enfield Interceptor 650 is a must-buy for all retro fans and those who predominantly ride in the city. It has a versatile engine that is comfortable in both urban and highway conditions. Plus, now being BS6 compliant the motor is smoother and more responsive. The build quality and paint finish remain impressive. On top of all that, priced at INR 2.67 lakhs, ex-showroom Delhi, the Interceptor sure is a value for money retro motorcycle.