An eye-catching chrome finish, an aggressive riding stance, a beautiful design – we’re talking about that Royal Enfield motorcycle which tames corners. Sounds too good to be true? We ride the Continental GT 650 Twin and tell you what it is all about.

Royal Enfield motorcycles are known for their laid-back nature with a distinguished exhaust note that ensures heads turn and people take notice. Going by their DNA, they love to cruise in the city or on the highway without being too perturbed by other rev-happy bikes. But the Continental GT 650 Twin, is a different beast altogether. It is an urban bike that loves to rev up. You can ride it hard but more importantly, it is designed for short-distance rides. Royal Enfield has no illusions that the GT is going to be a mass seller due to its aggressive riding stance though they have smartly positioned it as an option for those looking for a breezy weekend ride. So, it is not a bad time to make a fashion statement with your leather gear by swinging your leg over the saddle to find out what this café racer is capable of. 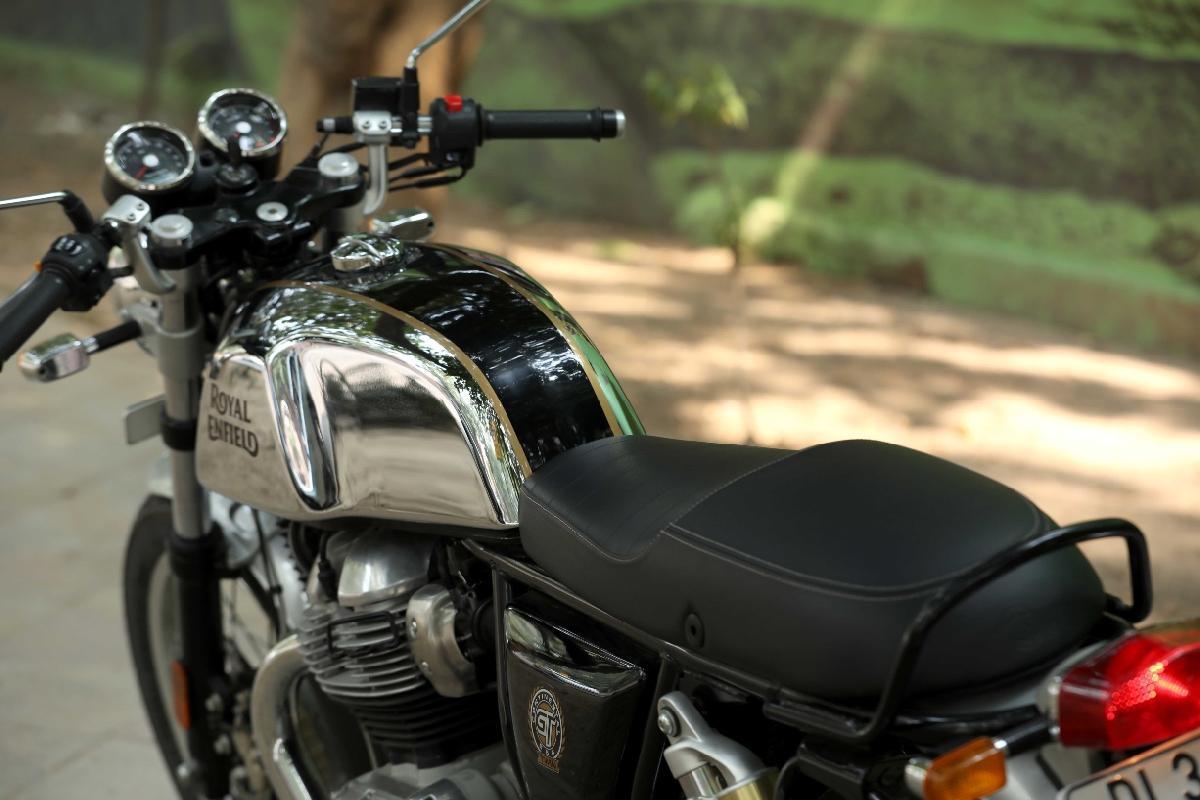 Many may not know this, but Royal Enfield has a rich café racer history starting from the 60s' where the then 250cc was considered as one of the fastest bikes in England, then in 2013 they launched Continental GT 535 and now we have the BS-VI avatar of the GT 650. The new café racer shares the same platform and engine with the Interceptor 650, but the two are completely different in nature. 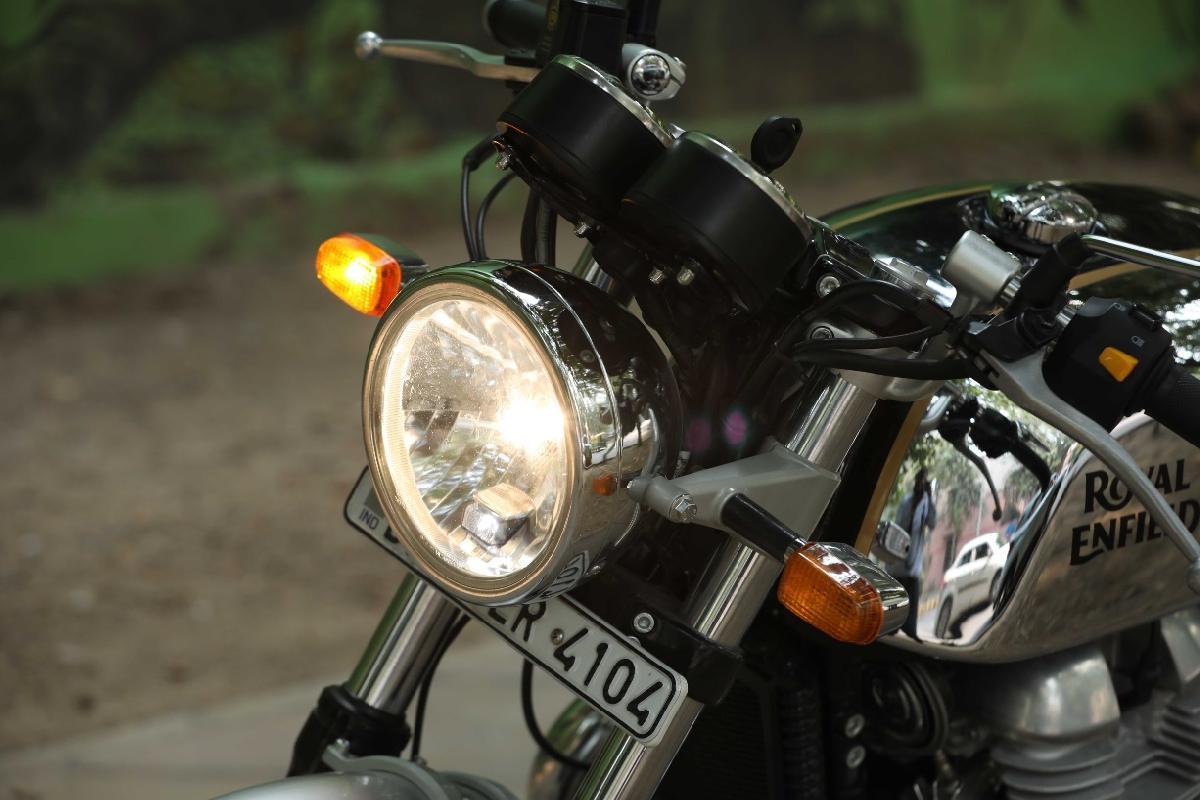 The café racer gets a slightly flatter fuel tank as compared to the Interceptor and the review unit we have comes with a chrome finished tank with black strips in the middle, reminiscent of the Machismo. 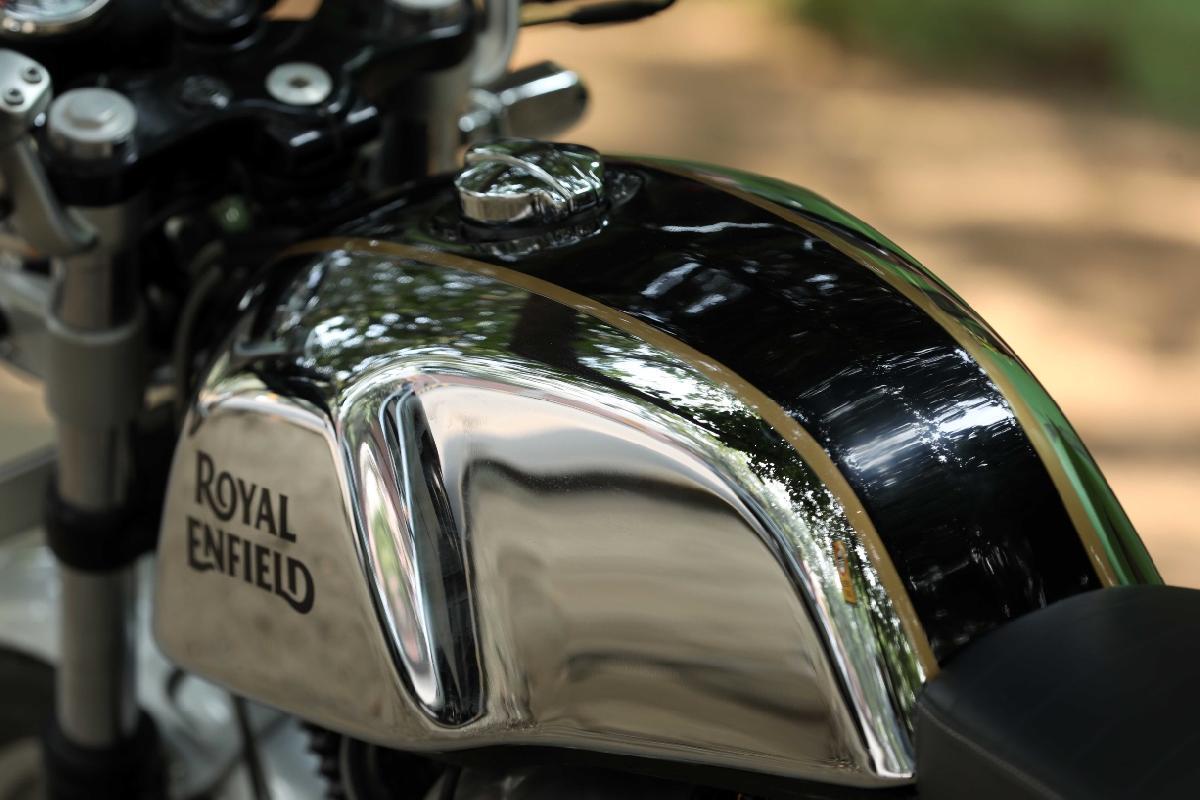 In our opinion, the GT chrome variant or as Royal Enfield likes to call it 'Mister Clean' is the most stunning bike it has to offer in its range. It's available as a single or a double seater, though we found it a bit narrow and could have been more comfortable as it is too flat. Sticking to the 60s' and 70s' theme, the all-chrome bulging 648cc engine, the twin exhausts and the twin-pod instrument cluster with a small LCD screen that reads out the odometer, two trip meters and a fuel indicator, all make the GT pleasing to the eye. If we had to nitpick, then an extra dash of chrome dials instead the black one wouldn't have been overkill, but then that's just us. 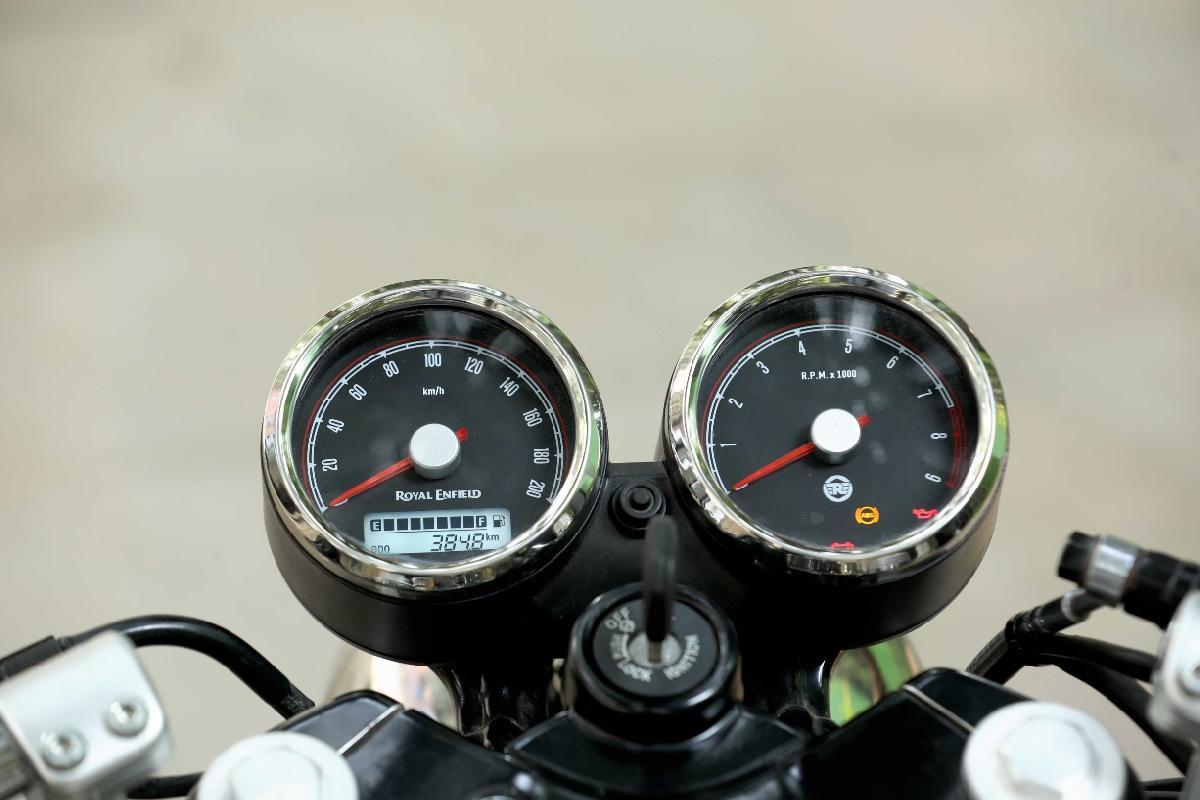 Time to saddle up. Press the engine start button and it comes alive with a distinctive sound note. What's impressive is that a gentle twist of the throttle is enough for the parallel-twin to start galloping. There's no lag in power response and at the same time, it doesn't rush you giving you neck-snapping experience. The beauty of this motor is that 80% of the torque is available before the rev needle crosses the 2,500rpm. This means that the power is very much useable at low speeds and at the same time if you find an empty stretch of road then it happily lets you open the throttle to the 8,000rpm mark where it hits the redline. On paper, the sub-650cc powertrain may not sound like a wind talker with 47bhp of output, but the devil's in the details and Enfield has managed to pull a rabbit out the hat as the engine and the 6-speed transmission work in tandem and ensure the experience is composed and comfortable. The first four gears are tall and with slip assist clutch, its effortless to downshift in the new GT making it a breeze to ride in virtually any condition. 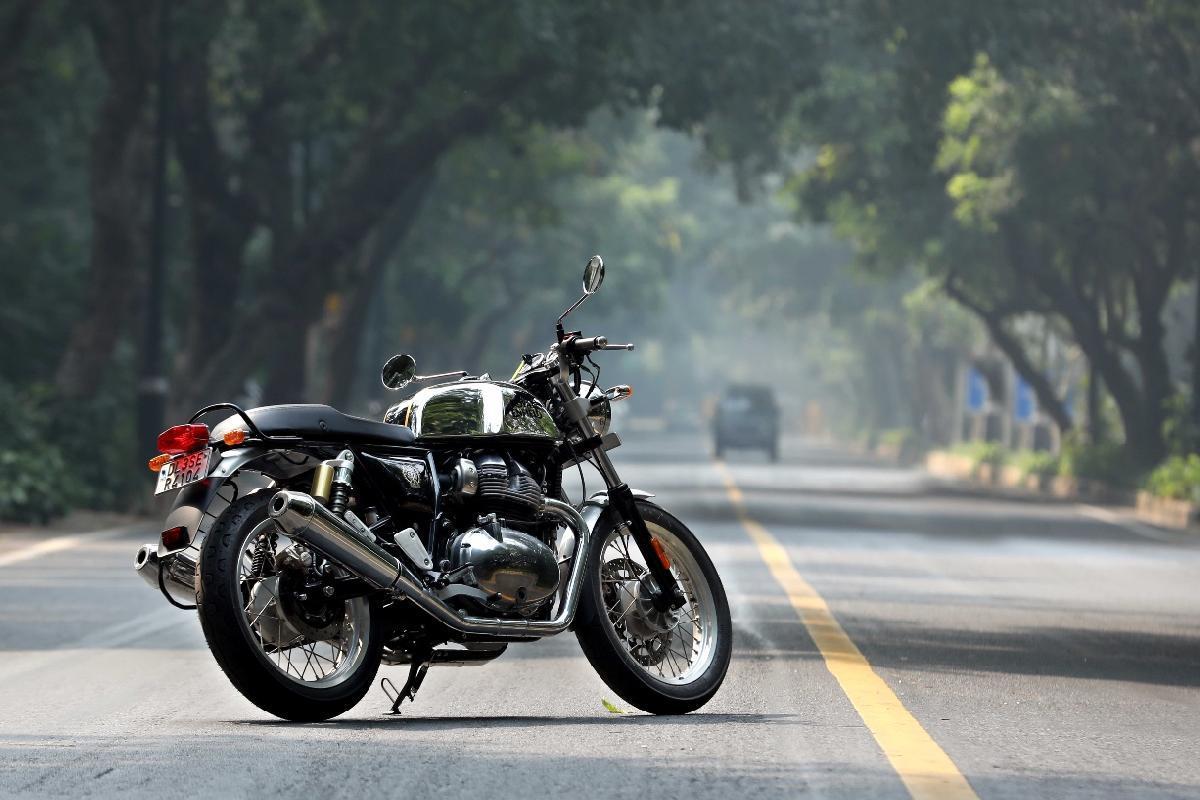 It would be unfair to compare the GT 535 with the current one, but it gives you an idea of how much work has gone into the GT 650. As the new generation café racer is equipped with 270-degree counterbalanced crankshaft, it has virtually neutralized any annoying vibrations that would end up making your arms numb in GT 535. 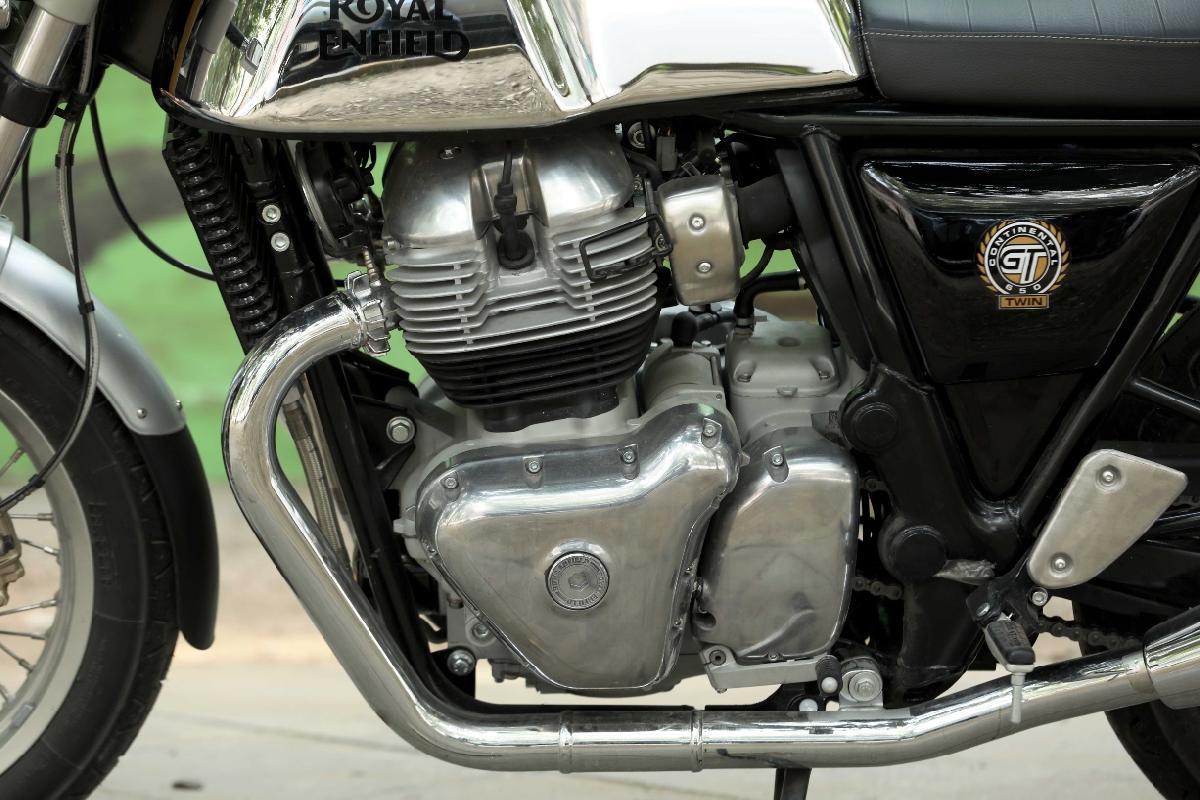 As gorgeous and effortless as the new cafe racer is, how does it behave on the road? Keeping in mind the demanding and different road conditions in India, the GT 650 offers a practical ground clearance of 174mm and an accessible seat height of 793mm where, if you're 5 feet 6 inches in height and beyond, you can easily put your feet firmly flat on the ground. The new double-cradle frame is a lot rigid than the older model which is experienced during carving corners as it bustles with confidence. The GT handles a lot better than other Enfield bikes because it has extra preload, so it remains more stable in mid corners and continues to hold its line. It feels more precise unlike the floaty characteristics of the Interceptor. A special mention goes out to the Pirelli tyres as they offer additional grip and feel responsive. On the hindsight, if you end up on broken roads for a fairly long time then the ditches and potholes feel like body blows. 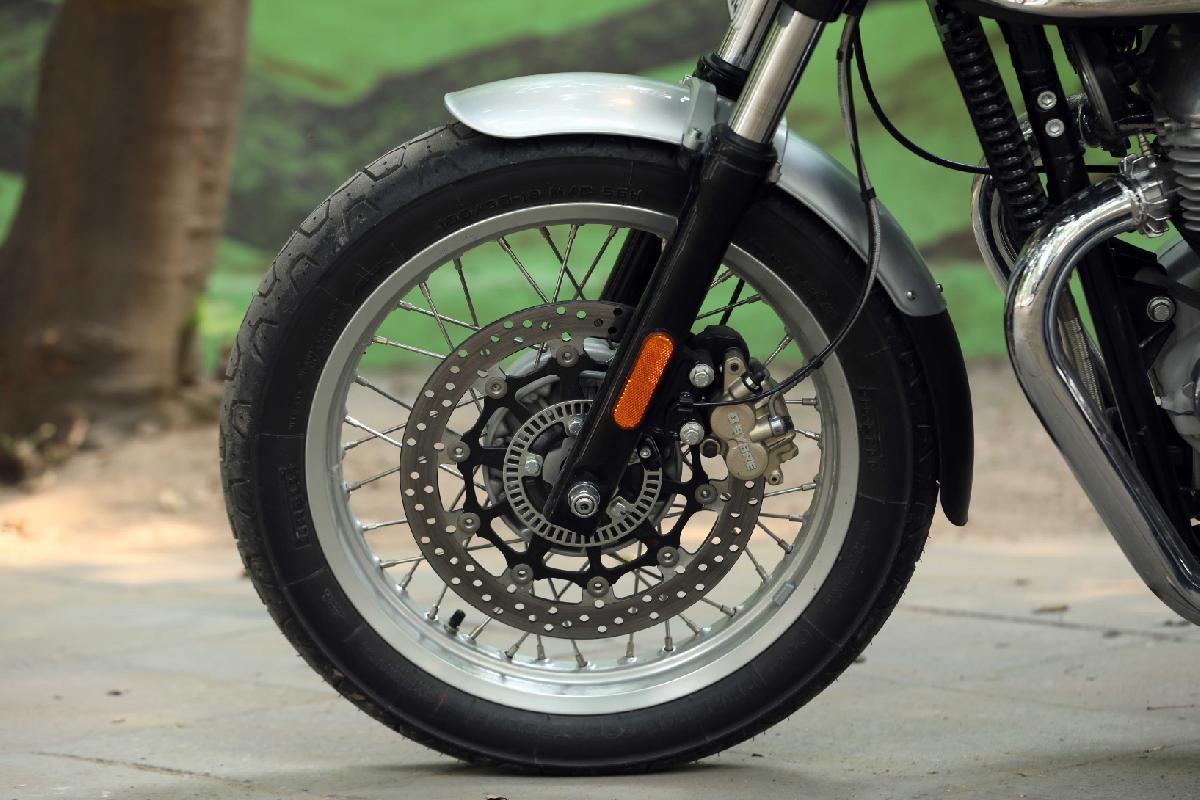 Sticking to the true DNA of a café racer, the GT 650's riding stance is aggressive due to the clip-on handlebars and pushed back footpegs. This does put additional weight on your arms and wrists, but it's not like the ride becomes uncomfortable after 30 minutes or an hour. 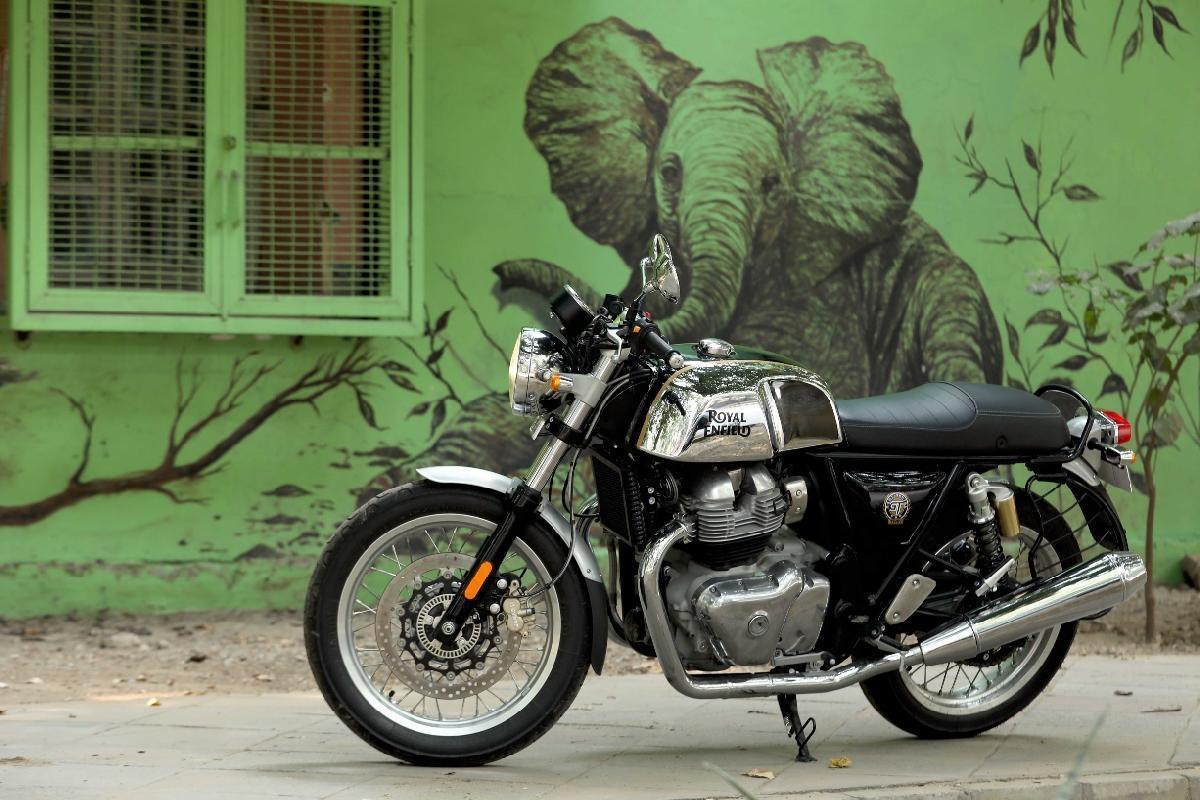 Keeping in mind, the Continental GT 650 Mister Clean trim is one of the top-of-line variants, it costs roughly INR 3.26 lakh, on-road Delhi. Not only is that bang for your buck, but it also offers you an authentic café racer, equipped with a refined engine, effective Bybre disc brakes at front and rear with dual-channel ABS from Bosh, smooth and precise six-speed gearbox without any false neutrals and its takes on corners like no other Royal Enfield does. Yes, the committed riding stance may not be everyone's cup of tea, but it looks stunning and is the most affordable genuine café racer in the market. A tempting proposition, indeed.